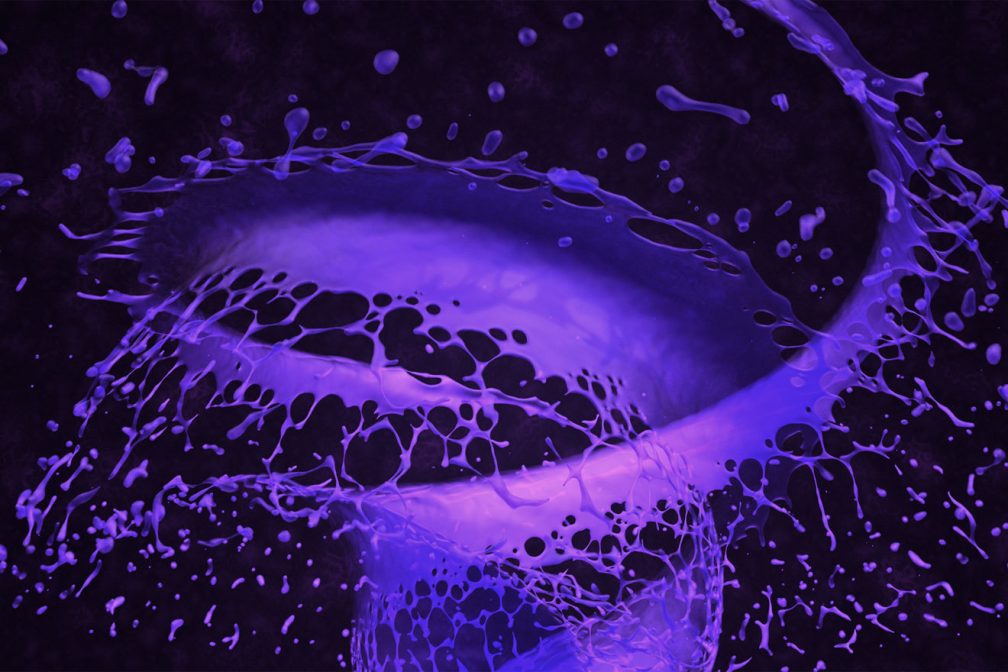 Kareful, undoubtedly the scene’s most proactive British artist, closes the night after HNRK. His work ethic has gone through the roof over the last 12 months, driven by a desire to unite the disparate artists in the scene and take it to the masses. Last May he played Fabric, and he’s already played Barcelona’s legendary Razzmatazz club twice. He also launched the first 100% wave radio show, with his pal LTHL, on Radar Radio. Called Liquid Ritual, it’s a showcase for a horde of previously unheard wave producers. Kareful’s set is the most dynamic of the night, fusing the spine-tingling, dainty melodies of wave with the odd grime or trap interlude. Standouts include his own ‘H2O’ and Sorsari’s ‘Children Of Gaia’. His selection demonstrates the intrinsic connection between wave, its US cousin, trap, and perhaps its closest relative, grime. There are echoes of Wiley’s glacial atmospherics in wave, spliced with the stuttered trill beats of trap, and it tells a story, as noted by Kareful’s mum, Lucy, who is also at Yusoul for this important night “It’s got a cinematic quality,” she tells us. “I can imagine some of this music on the soundtrack to a film, such is its ability to transmit emotion.”

Wave followers are keen to network, to socialise and to contemplate the genre’s future and development, chatting online via Reddit and SoundCloud, and this is replicated in the clubs. It’s a culture that feeds into itself: those involved know something is happening, so they’re guiding it, contemplating its direction and using the knowledge of the past to push it forward. It really is a case of ‘each one teach one’, as more experienced producers freely pass on tips and software to younger artists and push their music, typically reposting on SoundCloud so others get some shine.

Event organisers place particular emphasis on having the right visuals to accompany the sound, which gives budding digital artists the opportunity to showcase their work to a live audience. This harks back to the scene’s infancy when bedroom producers were making music to accompany naïve digital art created for Tumblr accounts and vice versa. At Yusoul it’s Chris Speed on visuals, a 3D digital artist whose work is often incorporated into their events, giving them a unique aesthetic.

Wearing a range of Speed’s animations on his face, Kareful’s mixing style is precise, delivering the music with a variety of techniques: quick cuts, echoes, reverbs… never the same, but don’t expect a two-minute-long blend, either. This is music that is generally made without the club environment in mind, so the mixing has to be inventive at times. Kareful is an expert with the blends though; you only have to take a listen to the mix he did for Fabric’s blog to appreciate that. As he preps his own Liquid Ritual label, the Romford-based producer is highly optimistic about the future of this emergent genre.

“Tonight is a big one for us, another turning point. We’re pushing it and taking it as far as we can; labels are starting, the audience is increasing weekly,” he says. “There’ll be more of these small ‘moments’ that push everything onwards. My Dutch mate Devdcrow’s done a mix for Annie Nightingale, Toddla T’s been supporting my music on Radio 1… it’s happening.”

A huge amount of support has come from Bristol too, where UK bass music has always had a stronghold. BBC Bristol host Thadeous Matthews is in town for Klimeks’ debut, filming a wave documentary. “I drove three hours down the motorway to be here for this,” the radio presenter and owner of the Pear Drops label tells us. He points to his heart: “because it’s right here.”

It’s not exclusively in the UK that wave has started to materialise in the club world. The genre is also making strong movements in the States. As California-based producer and Wavemob member Foxwedding tells us, “It’s definitely been a huge year for wave in the USA... the scene has been going at a thousand miles per hour and it’s beautiful”. There’s Brothel, Noah B, Sorsari from Canada and many more, plus vocal artists like Lil Peep are employing the scene’s producers to make beats, riding over them with anarchistic, punk-inspired raps.

Whatever happens, those who have experienced this vibe won’t be able to turn their backs on it in a hurry. As Kareful says, “This is finally the sound that sums up how my generation feels, not only physically or spiritually, but also politically. It’s a reaction to the state of the world – it’s dark, but there’s a light at the end of the tunnel”. As the final track of his set is played, you can feel the beginnings of something new and inspiring. A wave of it.