The only thing you can really expect of London’s underground music scene is that it will constantly evolve. While grime finally heads for mainstream acceptability, a new generation of producers, many of them still in their teens, are working with a new sound palette. Whilst Jamaica’s influence on UK bass music has long been noted, now a new generation of Africans– either the children of immigrants or immigrants themselves – have started reinventing British club music. Producers with families from countries such as Nigeria, Ghana, Democratic Republic of Congo, Ivory Coast and more are splicing their West African heritage with the sound of dancehall and hip hop. The result is exploding in popularity, spilling out of packed clubs and tinted car windows across London and heading swiftly towards the mainstream – when you have Ed Sheeran clearly cribbing an Afropop melody for mega-hit ‘Shape of You’, you can safely assume critical mass has been reached.

As Wiley noted of the early stages of grime, the sound remains very much at the ‘what do you call it?’ stage. Some producers call it UK Afrobeats; others prefer to say they make a version of hip hop, or choose not to name their music at all. But there is a consistency to the sounds they are making: a fusion of purposefully catchy melodies and syncopated percussion that creates a floor-filling kineticism. After years of grime’s bludgeoning aggression and road rap’s relentless nihilism, this new sound has bought some much needed playfulness back to the UK urban scene; to quote J Hus’s breakout track Lean & Bop, “my dance so cool, even road men do it”.

With tracks regularly commanding millions of plays on YouTube channels such as Link Up, GRM Daily and SB:TV, a scene that has been bubbling under since Fuse ODG introduced the idea of mixing UK bass aesthetics with West African melodies back in 2012 has reached boiling point. Producers are competing to make their take on the sound definitive, and whatever you want to call the style, creatively we’re hitting a new golden age. Here, four producers from across London try to describe exactly what is going on… 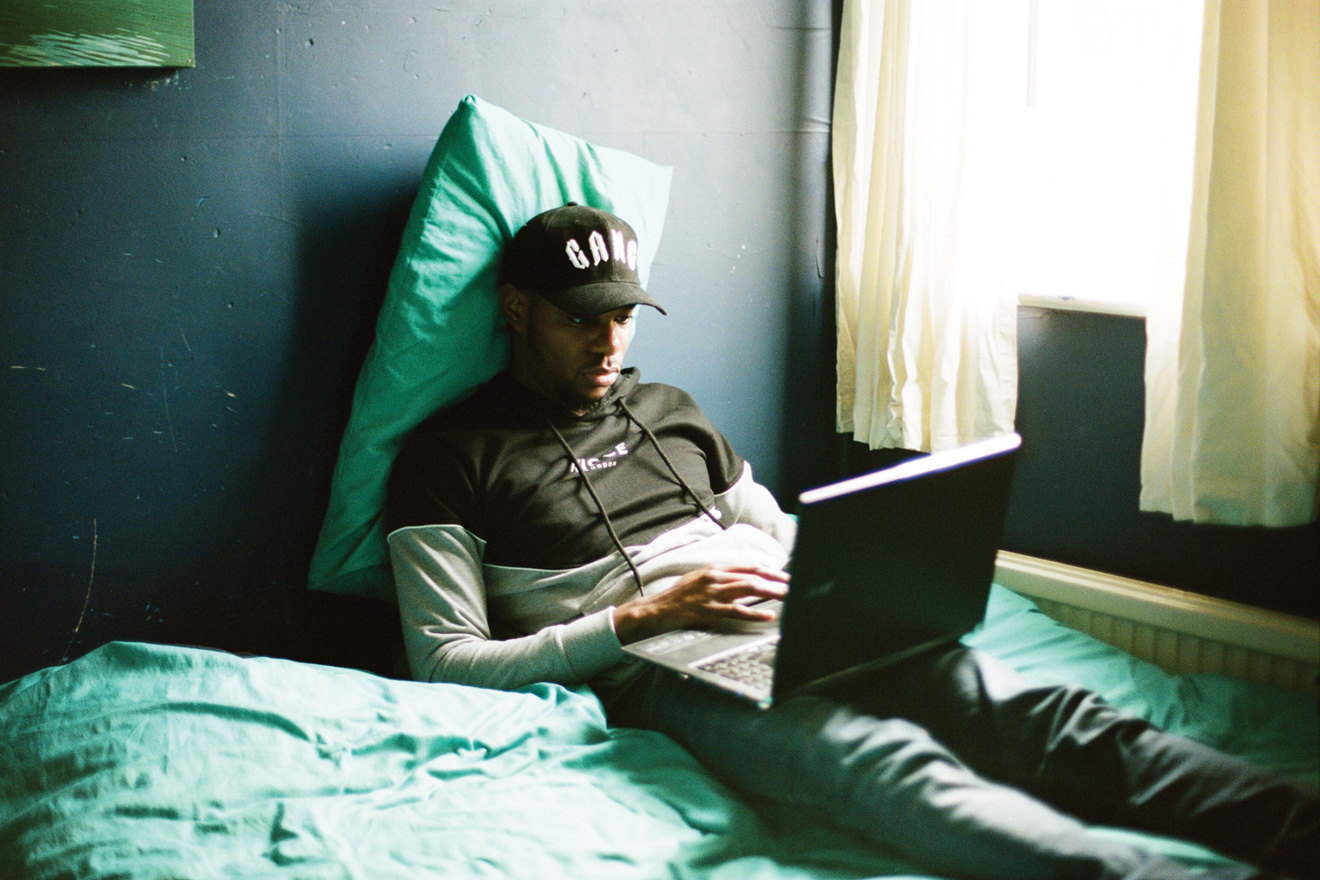 GA is something of a prodigy. Since discovering Fruity Loops in 2009 he’s written hundreds of beats – and over the last two years they’ve been the foundation for hit after hit. Recent singles to feature his magic touch include Kojo Funds' ‘Dun Talkin’, Yxng Bane’s ‘Fine Wine’ and Belly Squad’s ‘Banana’, mid-tempo club jams built from earworm melodies that between them have notched up well over 40m streams – all the more impressive when you learn that GA wrote them on a PC laptop and budget monitor speakers in his bedroom.

“What I’m most recognisable for,” he says, sitting on his bed in that bedroom, “is taking my culture, my African background, and bringing it together with UK rap, dance music, dancehall: all the stuff I’ve grown up on.” While most artists shy away from naming this new genre, GA has no such scruples.

“Me and [MC and regular collaborator] Kojo Funds came up with the term ‘Afro swing’. The foundation and main components involve an Afro sound or influence – it might not be the beat, it could be the lyrics – but it can swing from one sub-genre to the next, into rap or dancehall or reggae or even grime.” After scoring half a dozen UK hits it’s clear GA, just in his twenties, is looking to grow bigger still. “I want to make tunes that more people can relate to. We’re trying to refine it into something that will catch ears across the world.” 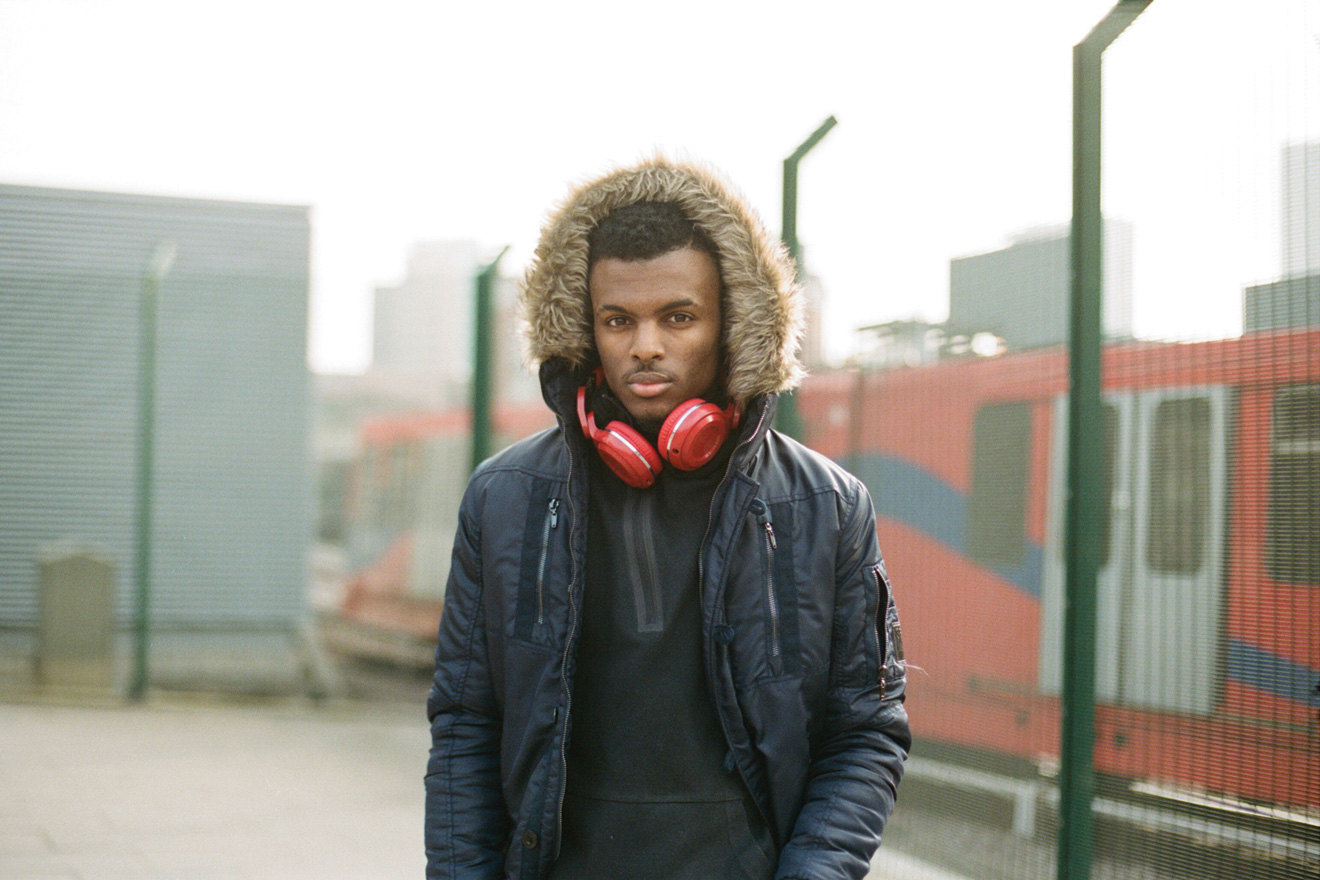 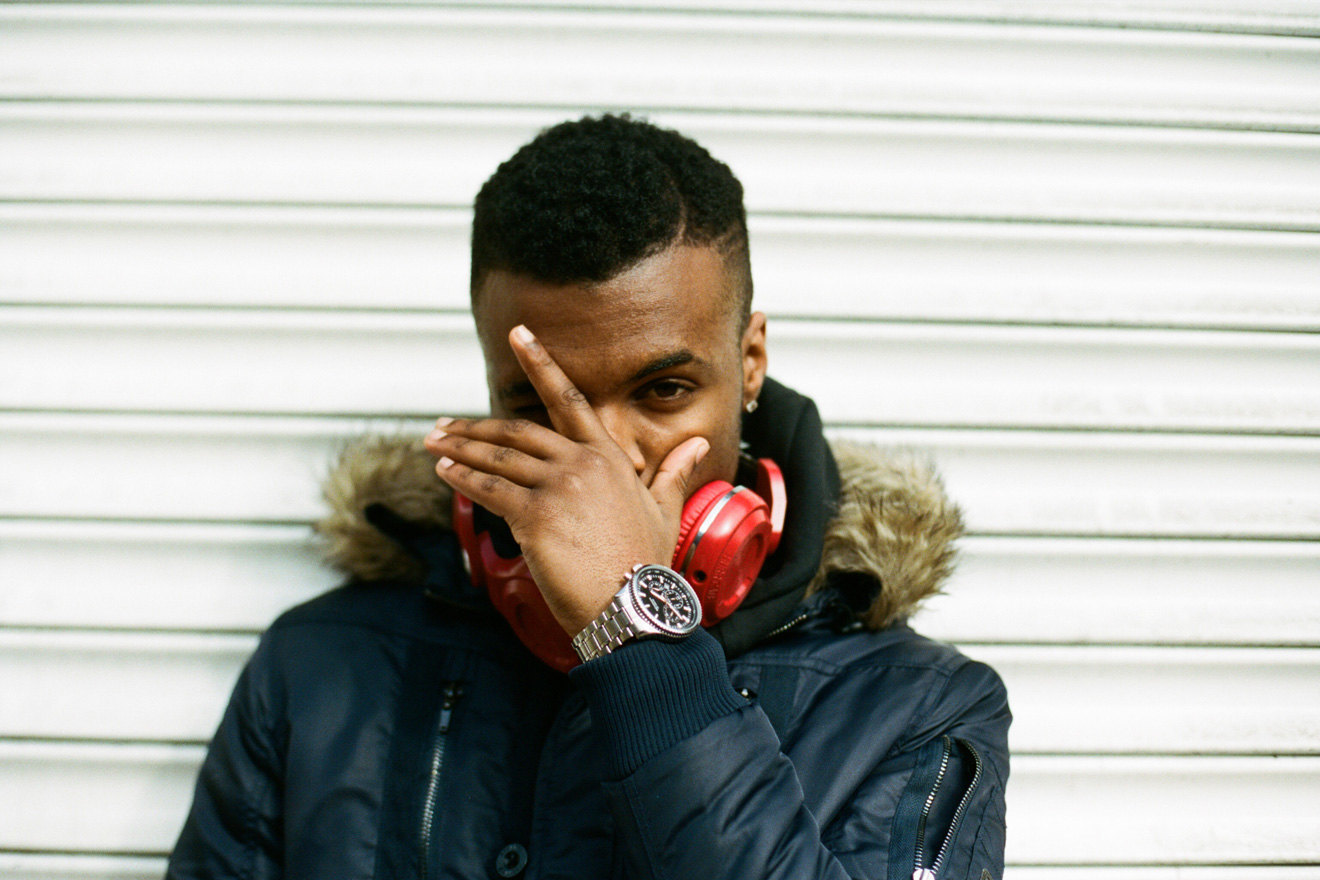 “It used to be that grime was the UK sound – now it’s this new thing.” Walking through Stratford on the way to his studio, teenage producer Stevie B is trying to pinpoint just what that new sound is. “That Kojo Funds sound, that J Hus sound; it’s like Afrobeats mixed with dancehall. There’s more r’n’b and bashment in my sound than grime. And I go hard on the sampling…” This last comment is no understatement. Stevie’s sound is made up of intricately sliced samples, classic Afrobeat, hip hop and r’n’b tracks chopped and repurposed into a new London street sound. His most famous flip saw Stevie taking Daddy Lumba’s 90s Ghanaian track ‘Aben Wo Ha’ and cutting its uplifting melody over a hip hop rhythm to form the backbone of Hackney crew CXCV’s ‘Half Jamo Half Ghana’ – the beat drew from the old and looked to the future, while the song referenced dual Caribbean and African heritage, a neat mirror of the fusion taking over the capital. It’s something of a surprise, then, that Stevie has no idea what Daddy Lumba is singing about. “I don’t know what the guy’s saying or anything,” he laughs. “I’m Jamaican. One of the CXCV guys just told me to sample a track from Ghana and I didn’t have a clue what it was talking about – it turned out to be an old-skool Ghanaian hit and people loved it. I didn’t even think it was gonna bang...!” 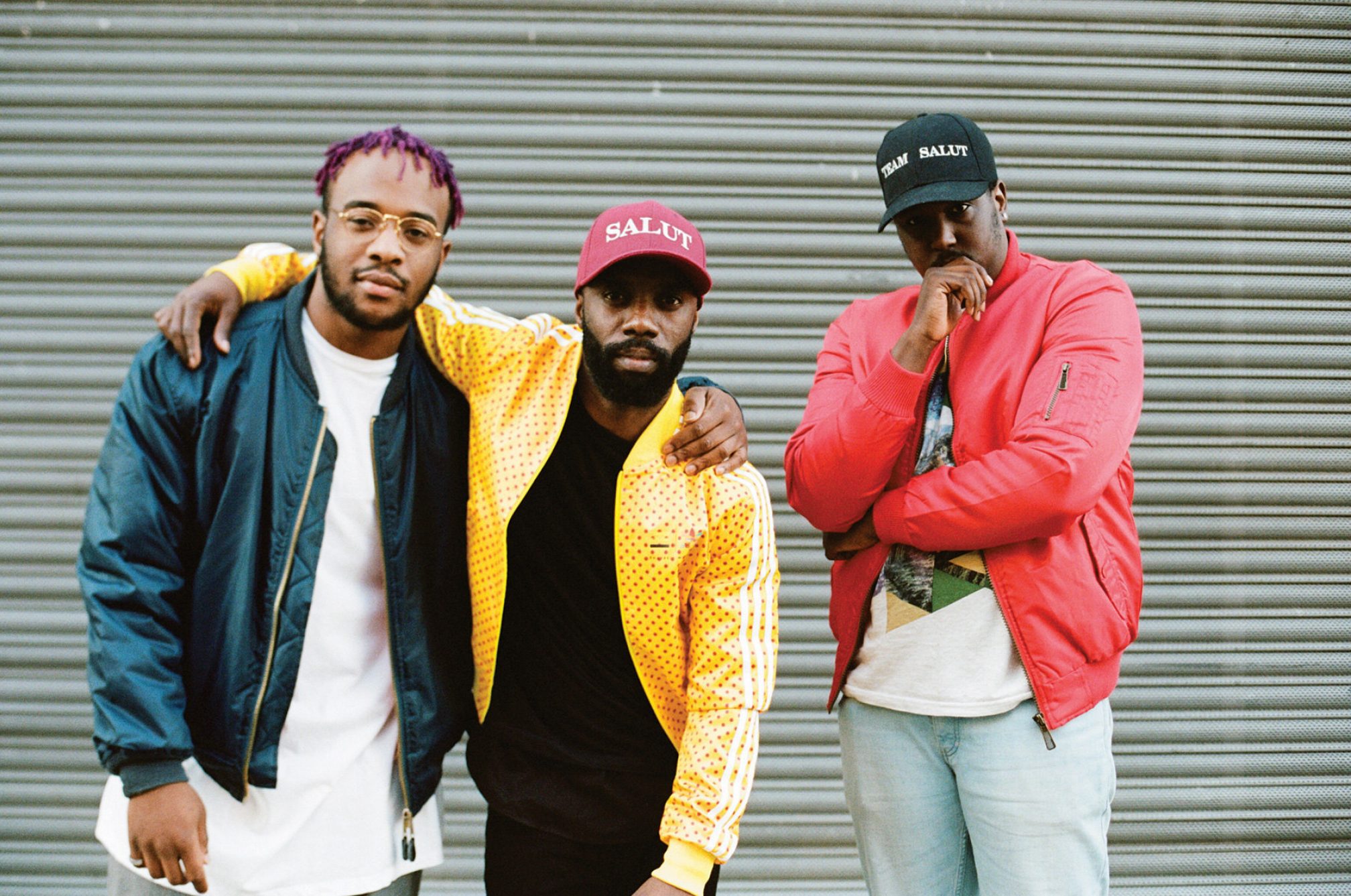 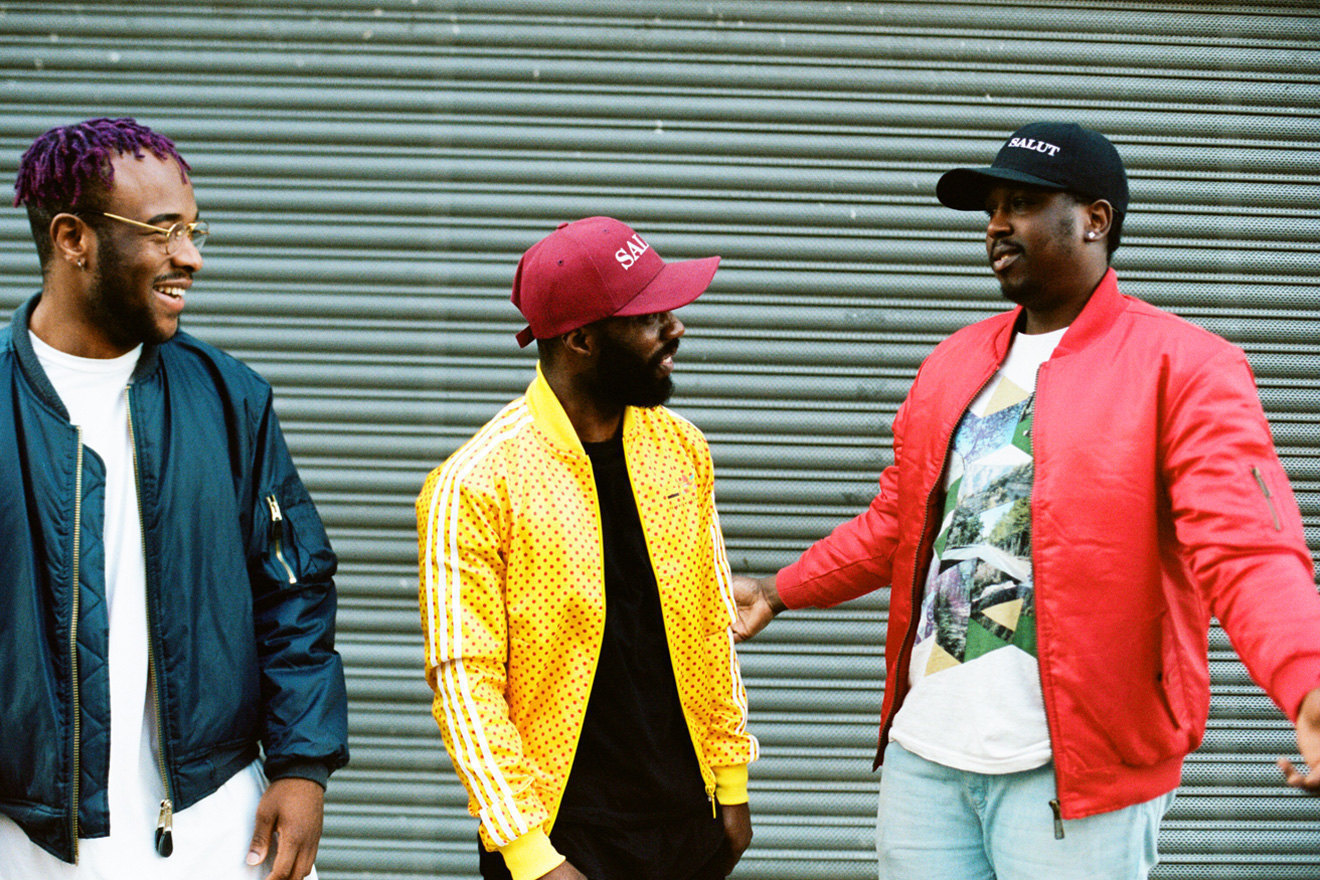 “Everything we do,” points out Mr Wood, one third of production trio Team Salut, “we try and put that West African vibe in. We’ll use a rim shot that can shout ‘West Africa’, or we’ll put scales in there that appeal to the African ear. It’s not always obvious, but that’s us letting you know that this is a Salut track.” From their studio in Mitcham, south-west London, Team Salut have produced a run of hits, including UK Afrobeats’ first bonafide international smash in the form of Eugy & Mr Eazi’s ‘Dance For Me’. Unlike most producers in the scene, Team Salut write like a traditional band, building tracks from live keys, drums and guitar before adding in heavyweight digital bass. The result is an immediately recognisable sound, a sparse mix of highly polished synth stabs, echoing percussion hits and deep, body-moving kick drums.

“I don’t really like to put a name on what we do,” says engineer supreme SideChainManny. “It’s definitely a hybrid sound, a fusion sound; there’s the Afro element, the dancehall bashment element, the pop element and that comes together to make Salut.”

“People see Afrobeats a little differently to how they did in the Fuse ODG era,” adds third member GKP. “The sound has cooled down a little bit, it’s mixing up with the hip hop to become more relaxed and wavey – that’s the term everyone’s using:
wavey, in the sense that there’s a bit of a trippy edge to it. It’s allowed us to be ourselves more.” 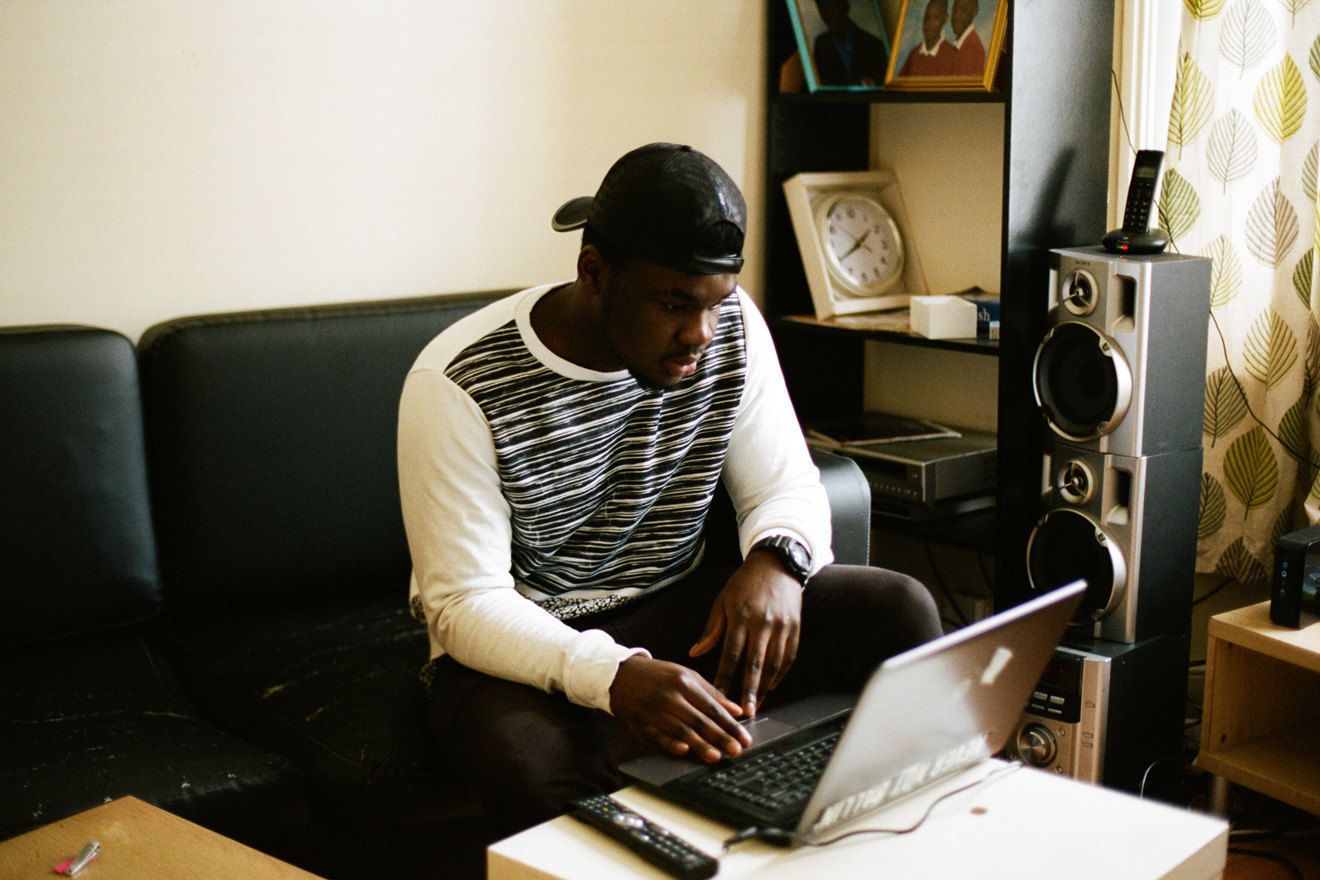 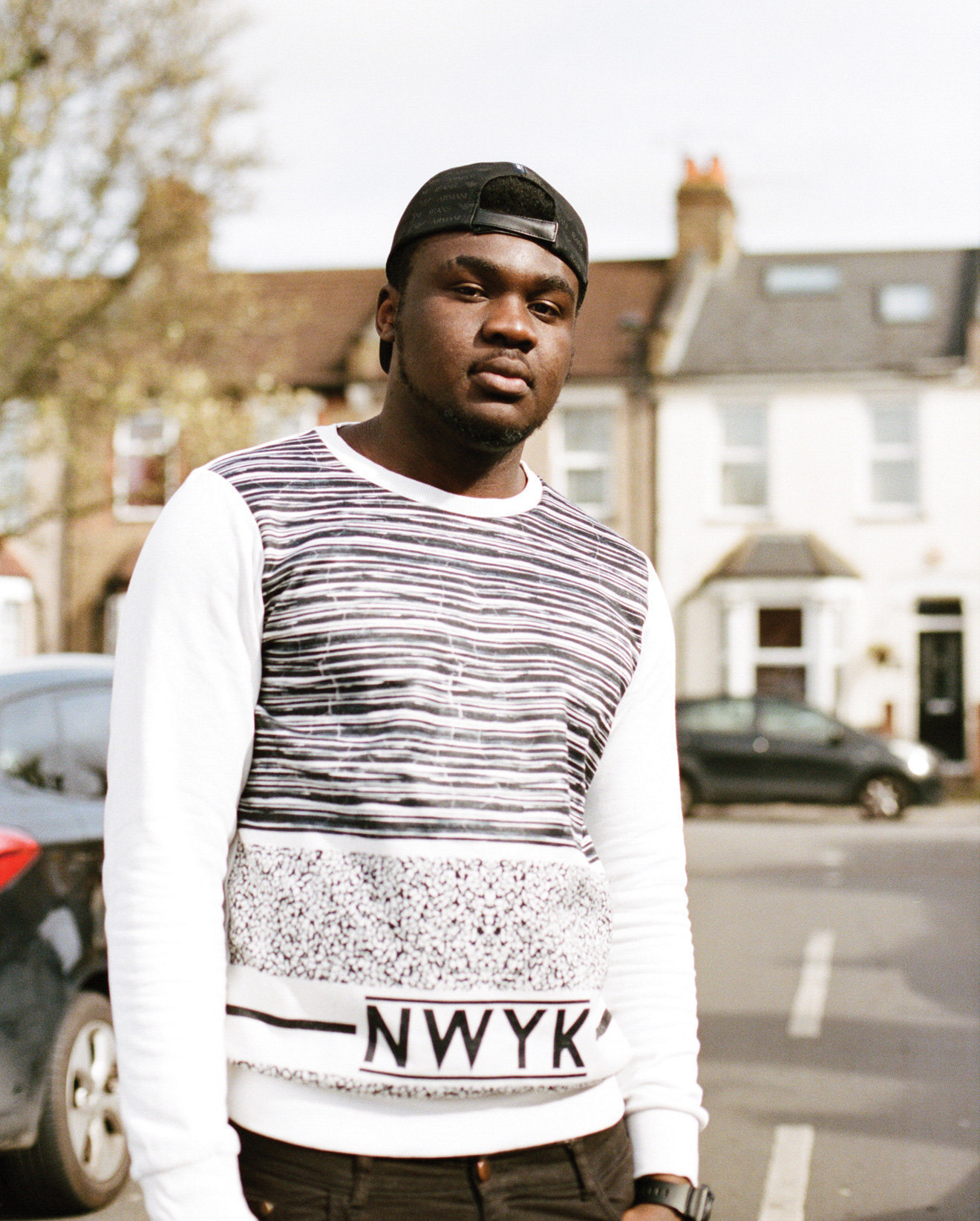 Fresh Money P is on the way up.

The 19-year-old has just created the lurching rhythm and beautiful melodies that formed the basis of ‘Money On The Road’, a huge underground hit for Kennington rap crew Harlem Spartans and Peckham-based MC Naira Marley. The song was made by FMP’s other-worldly mix of the organic and synthetic – or as he puts it, “I just try and make things sound different… I wanted to make ‘Money On The Road’ sound Afrobeat but different, so I put weird sounds in there that mash up together – I’ll try and mix something soft with something rigid.” On the track, this translates into pretty, shimmering harp plucks giving way to abrasive synth blasts. In the wrong hands it could be a mess, but FMP has the musical chops to pull it together, his skills honed from years of formal training. “I did music at school; I can play the flute, the trumpet, drums, piano... I was even making beats for [UK road rap crew] 67, but my GCSEs got in the way.”

Don’t expect him to stick with UK Afrobeat forever, though – he says he’ll produce “whatever’s hot. I’ll just make what’s popping. I never used to like Afro! I didn’t even like the idea of the music. Then I just started messing around, I made ‘Money On The Road’ and people liked it, so I was like, OK. I don’t even listen to Afro music, I listen to trap, Migos, Kodak Black, all that. I don’t mind what I make, no beat is that hard to make…”