Boasting a residency line-up that will make the most popular music festivals envious, Drai’s Beachclub has proved itself as 2018’s prime summer hotspot in Las Vegas.

Having hosted a cast of world-class DJs including Claude VonStroke, A-Trak, Anna Lunoe, Destructo and MK, the next artist to grace the decks at Sin City’s best pool party location on August 11 is the world-renowned beat maestro, TroyBoi.

Hailing from South London, TroyBoi arose from humble SoundCloud beginnings back in the early 2010s and hastily solidified his reputation as one of the world's choice producers of highly musical trap beats and other versatile hip-hop, pop and house-oriented compositions.

Originally working as a real estate agent, the popularity of TroyBoi's SoundCloud uploads took flight and the UK beat connoisseur soon realized he possessed the skill and conviction to pursue music full-time. After winning a remix contest for Flosstradamus, he soon found himself signed to Diplo's Mad Decent imprint, playing major festivals and creating remixes for the likes of Danny Brown, Craig David, Tinie Tempah and more.

Whether he's creating music on his own or pairing up with his close friend Icekream for their collaborative project SoundSnobz, TroyBoi's meticulous production is charged with crisp percussion, massive basslines and a neck-bending demeanor that tends to act as a direct shot of dancefloor adrenaline. Armed with an infectious on-stage energy, the self-proclaimed music manipulation specialist continues to tour and sell out shows on a regular basis.

Mixmag caught up with TroyBoi ahead of his gig at Drai's Beachclub - a rooftop venue in Las Vegas that has quickly become The Strip’s most sought-after day party location. This 30,000 square foot sky-high oasis offers a variety of amenities, including seven pools, two full-service bars, 30 cabanas and an unmistakable turn-up atmosphere.

Learn more about TroyBoi's roots, influences, stage presence and his forthcoming gig in the interview below. 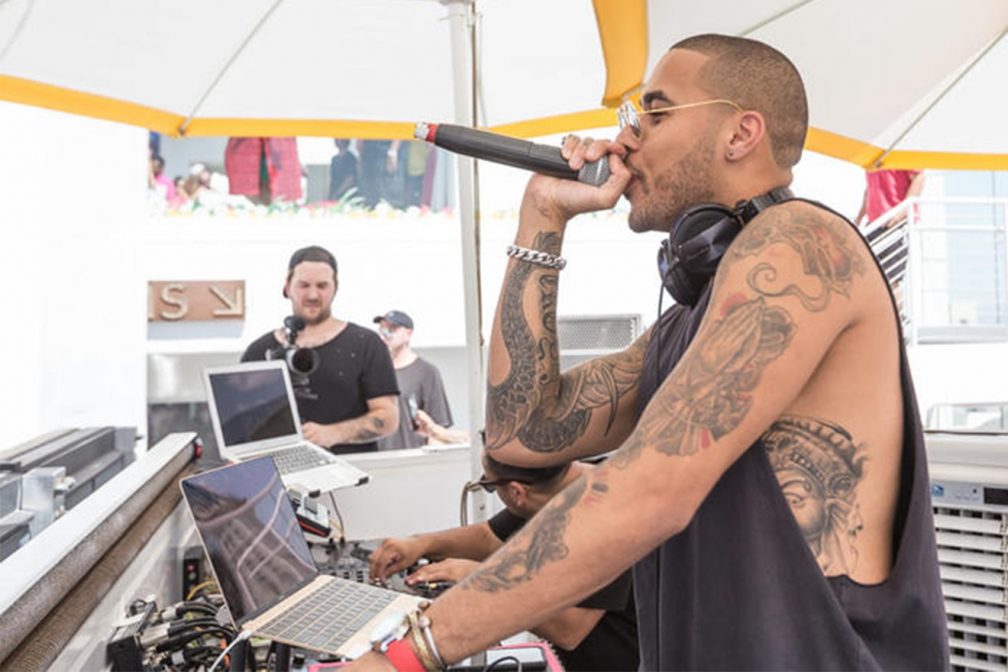 Can you tell us about how you first got into production and who are some of the artists you were listening to at the time that helped shape who you are today?

I first got into production when I was in secondary school at the age of 14 when music tech was first introduced to my school. It was a moment when all my past questions and curiosities about how to create music where finally answered. I was instantly obsessed, I knew I found my calling. I listened to a lot of Michael Jackson, The Neptunes, Timbaland, Dr. Dre, Pharrell, Scott Storch just to name a few. They all inspired me to create my own sound because they all have unique signature styles. This was something I wanted to achieve with my own music too.

Despite the fact that you were making a career for yourself in real estate, your love of music always stayed with you and you eventually decided to pursue music full-time. What was the turning point when you decided to go "all in" with your music career?

I was releasing tracks online on SoundCloud and they got a crazy amounts of plays and comments. The comments soon turned to ‘I wanna see you live’ or ‘major love from Asia’ or other countries around the world that I had only dreamed of visiting. One of my best friends Icekream saw my rapid growth and helped support this leap. Leaving a secure job and going back to having nothing was the scariest decision I’ve ever made, especially knowing that success in the music industry is so hard and never guaranteed. I believed in my music and my hunger to give 120 per cent to achieve my goals. It ended up being the best decision I’ve ever made, truly life-changing.

Tell us about your transition from the UK to the US. When did you make that move, what prompted you to do so and how has that affected your career?

I was booking a lot of shows in the US and traveling from the UK so many times a month was becoming very hard for me and very expensive. The most logical move was to base myself in the US where my main market is. Moving to the US has allowed me to be available for shows and also keeps me close to the action.

Your sound seems to be a fusion of r'n'b and trap. How would you describe your sound to someone who has never heard it before and can you tell me about the evolution of your style?

The million pound question! I like to take my favorite parts from multiple genres of music and mix it together with elements of world music. I have a multi-cultured background and have listened to a lot of music from Africa and Asia growing up. This heavily inspired my sound. I used to make a lot of house and grime back in the day due to my London roots. Hip hop and r'n'b have always been my love so being able to introduce new elements to these genres allowed me to help the music evolve and switch up the sound I was creating. 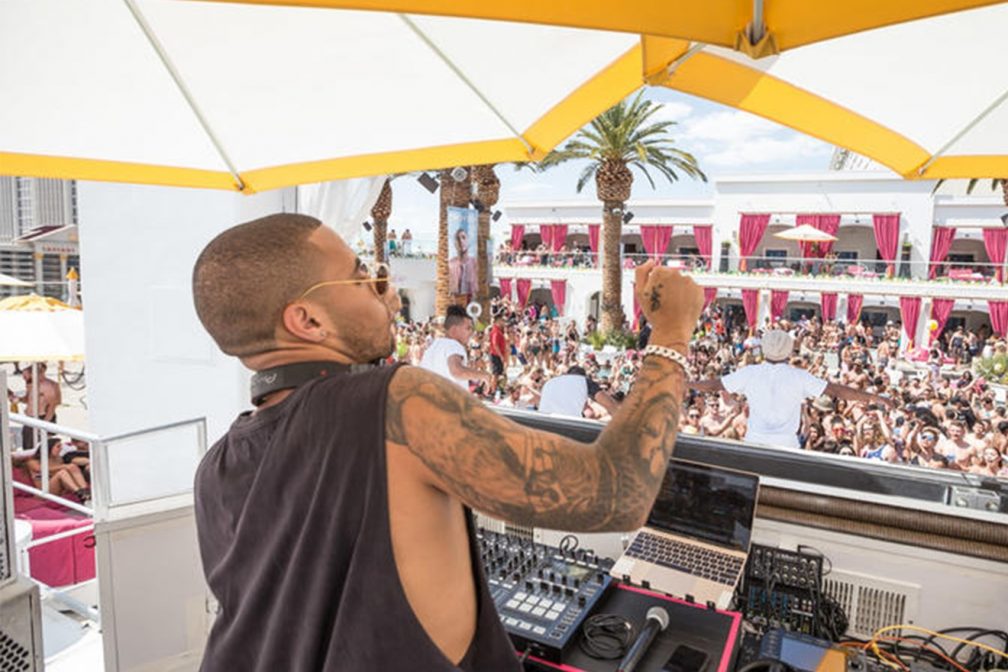 You've been to Las Vegas to play Drai's beforehand. Can you describe what it's like playing there? Are there any specific aspects of the venue that stand out / you enjoy?

I love playing at Drai's. It’s always such a good vibe there. The stand out for me is being able to play outdoors at the beach club. Day parties are so fun so it’s nice to be able to play music that fits with the hot and sunny vibe there. I like Vegas because you know that people are there to have a good time and enjoy themselves.

You've been known to bring aerialists and gymnasts on stage with you. Some DJs and musicians prefer to be the center of attention when they play. Can you tell us why it is you enjoy bringing performers on stage with you and what it adds to the night?

I love adding other artistic mediums to my show. There are certain songs that I’ve made that I’ve always wanted to bring to life on stage through dance, acrobatics and visuals. I like to give people a show experience rather than just a DJ set, something that hopefully will stick out in people's memories whenever they see me perform.

Describe how the Las Vegas crowd gets down at Drai's Beachclub? What is the atmosphere like?

It’s crazy. You have people in the pool going mental when you drop a dope track, the sun is usually blazing and you can feel the good vibes in the air. The Las Vegas crowd knows how to get down that’s for sure!

How do you approach your set when playing for the Vegas crowd at Drai's Beachclub?

I tend to read the crowd because every week is unique. It’s a super mixed crowd with a variety of music tastes, so I try to cover as much I can while still educating people with new bangers. Most importantly, I just have a lot of fun and go with the flow.

For more on TroyBoi, listen back to his intimate session on Mixmag's On Rotation podcast here