“You can sometimes end up playing to just a young crowd, but this seems different – you can see that already,” says Frank Timm, aka Soundstream, just after midnight. He’s the guest DJ for Thunder’s first party at new South London venue The Colombian, a converted Colombian restaurant that’s been used occasionally before (both A Love From Outer Space and the Bicep boys have held court here). From 2017 it’s running its own Friday nights on a Funktion-One rig, just like its parent venue next door, Corsica Studios in London’s Elephant & Castle.

Thunder comes here because of friendship – which is why all the best things happen in clubland. It made its bones as an East London party at Dalston’s much-missed Dance Tunnel, which was booked by Matthew Wickings, who now works at The Colombian. Indeed Thunder’s new venue has a lot in common with Dance Tunnel; a small bar leading to a single dancefloor, but it’s slightly bigger with a capacity of 300. Still tiny by club standards, though, as Soundstream says later, “I thought that maybe that rig would be too much for the space, but it’s perfect.” He’s right that the wall of speakers at one end looks almost incongruous in a space that, when first examined on entry easily betrays The Colombian’s restaurant roots – minus the tables and chairs. But on closer inspection of the dancefloor – the only reason anyone ever comes to Thunder, an avowedly poseur-free zone which could never exist in a place where people don’t come to get sweaty – the box-like dance space gives the crowd room to move, yet still be enveloped in the music. You can find your friends, but there’s plenty of room to make new ones without anyone losing a toe.

Unsurprisingly, Berlin native Soundstream (who’s been producing since 1997, though he stays out of the limelight and prefers to play regularly at Panorama Bar, plus select gigs abroad) can tell the soundsystem’s quality by just listening to the warm-up set from Thunder’s promoter, Miles Simpson. It’s good to see a guest DJ turn up early and chill on the edge of the dancefloor rather than backstage, but at Thunder it’s not unusual. Small parties for a couple of hundred can’t help but engender a family feeling, which is exactly what makes Thunder so special. As Soundstream notices, the club is full of a range of people from their 20s to their 40s, from regulars who come every time and have made the journey South, to those here for the first time, looking to see what the buzz is about. No one’s wearing the regulation black-on-black techno ensemble, which is a blessed relief –though there’s a smattering of selvedge denim amongst some of the older heads, and a few Stussy and APC logos on display top-wise too. People here are dressed to dance – but while the tops are loose and the trainers are comfortable, no one here is in sprayed-on skinny jeans. 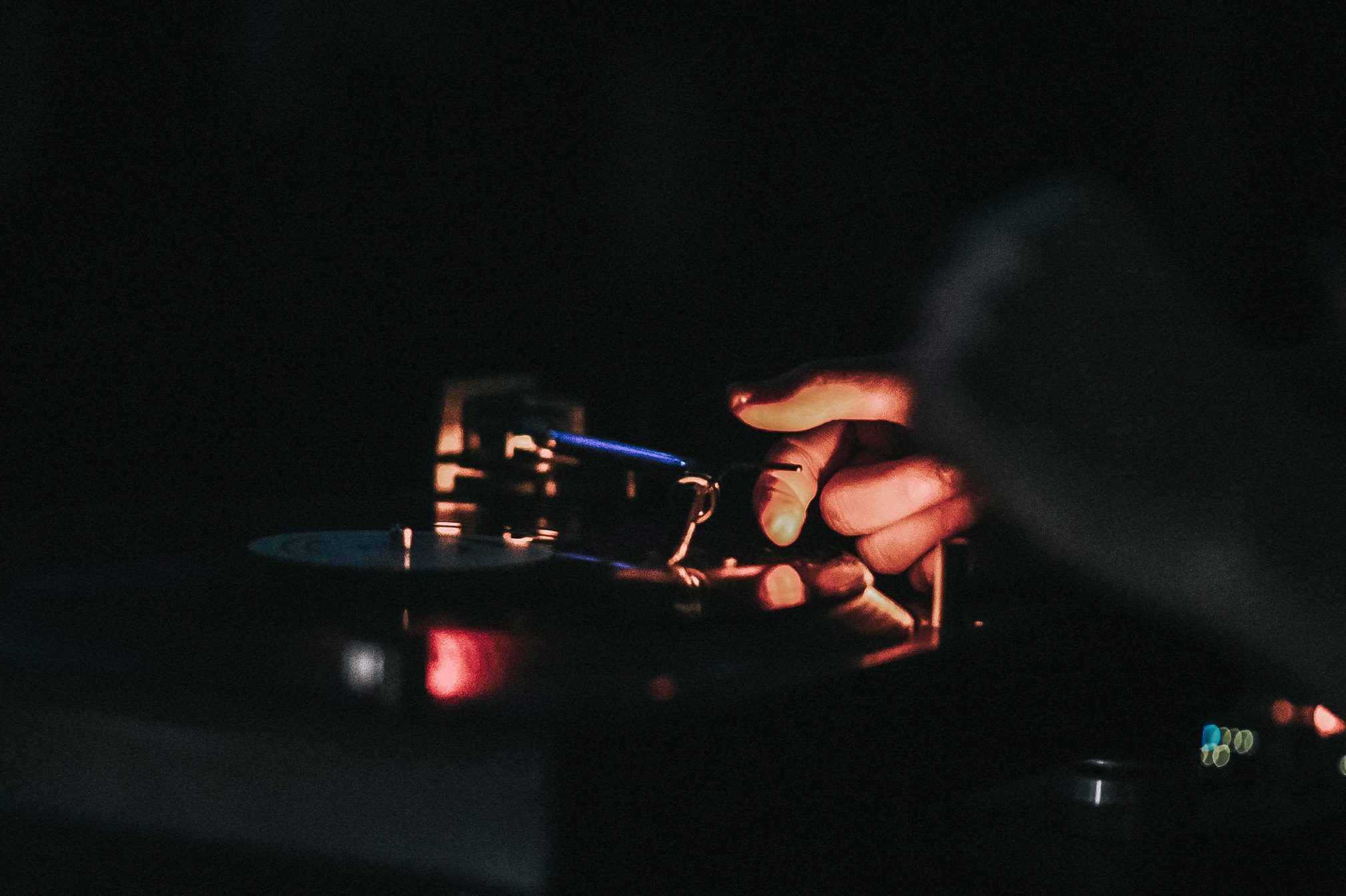 Thunder regular Tomislav, a club legend since he turned off one of Rick Wilhite’s CD decks prematurely back in 2013, says, “It’s a party that’s done out of love for music, rather than making a quick buck by booking fashionable DJs. But what makes Thunder special is the people that come: regular faces that you look forward to dancing and getting fucked up with.’ Another of Thunder’s regulars, Paul, always arranges a bar for pre-drinks via Thunder’s Facebook group. These pre-match gatherings are always a friendly collection of reprobates (the ex-local in Dalston will forever be “the Thunder pub” to many, while its real name elicits blank stares), but they also allow people travelling from out of town to be welcomed early – and with semi-regulars coming from as far away as Washington DC, Manchester and Leeds, these drinks have helped ‘that guy from the internet’ feel at home on many occasions. As have the Thunder afters, of course, which have spanned everywhere from East London house parties to a suite in a five-star hotel, complete with a tray of chilled beers on arrival. That night – well, morning – Chez Damier turned up for a drink after playing the party and stayed to chew the fat.

This kind of thing is reminiscent of a regional night – Moles in Bath maybe, or the sadly missed Checkpoint Charlie in Reading. But they help make Thunder the best small house night in London. As Miles says, “Style-wise, we keep it varied, even with an established DJ like Derrick Carter, who played a four-hour freestyle set at our fourth birthday. At one point he and Todd Terry (who’d paid on the door to see him, as had Dubfire and Jesse Rose) were singing along to Fleetwood Mac in the DJ booth…” 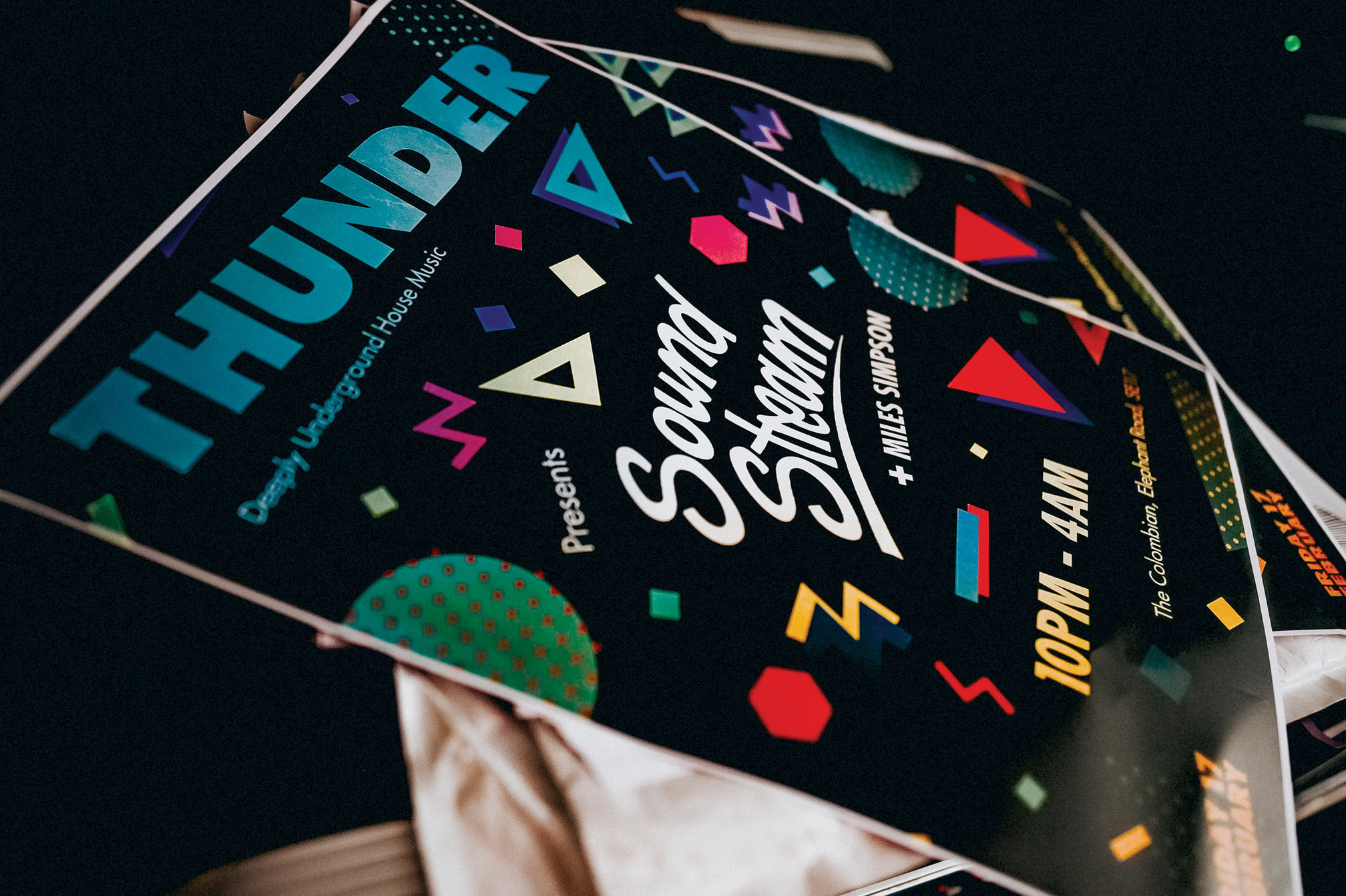 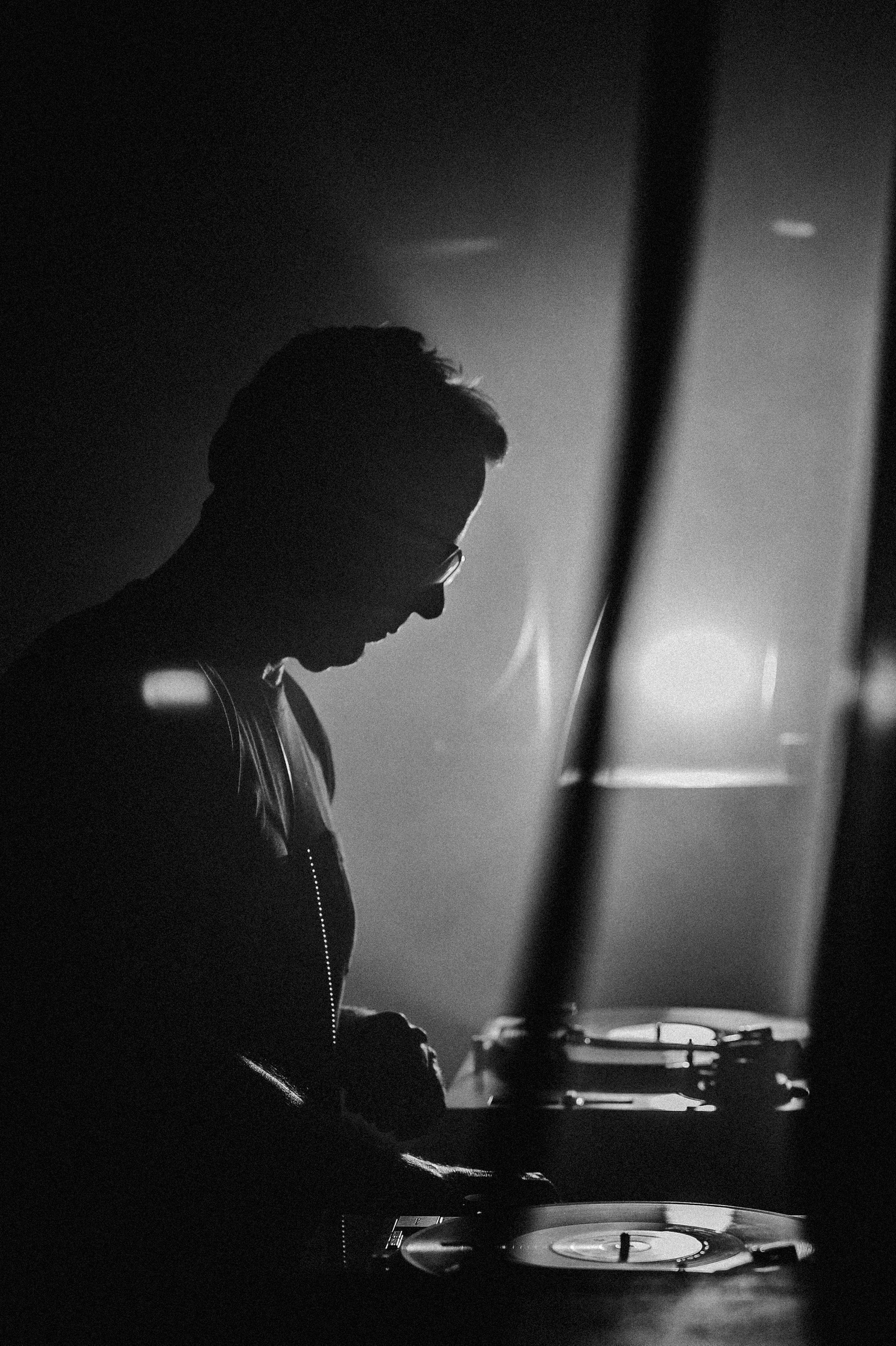 Carter’s been open about his disdain for what he calls ‘derp house,’ ie the deep V-tee, Creatine and tight jean brigade’s bastardisation of deep house. And if Thunder is anything, it’s an ‘anti-derp house’ night: all about proper house music from Chicago, Detroit or even East London, with soul in its bones and disco in its DNA, even if it’s techno or Balearic. Selfie culture is not on the guestlist.

As Miles hands over to Soundstream around 1:00AM, after a set that takes in great house jams like Romanthony’s finest, the dancefloor is throbbing. The house lights are higher than Dance Tunnel’s old murkiness, but that seems appropriate for a DJ playing music steeped in the disco and funk that’s the beating heart of house. Thunder anthem ‘The Third Track’ by Moodymann gets the crowd hyped (it’s been a favourite since Sub Club hero Domenic Cappello dropped it on his first visit to Thunder back in 2012) and Evelyn ‘Champagne’ King’s ‘Shame’ is pure 70s soul-clapping funk, causing a many smiles back left of the dancefloor, where the Thunder regulars are hanging out. Many have been here since before midnight to support Miles on the first night in a new venue, but no-one’s flagging, especially not when ‘Energy Flash’ by Joey Beltram shakes the dancefloor firmly by its damp collar, with the assembled Soundstream fans (who’ve been discussing and appreciating his best work on the Thunder Facebook group for the last fortnight) well and truly shocking out when he lets fly with his own ‘Inferno’, with its siren punctuating a track so intergalactically funky, it absolutely cannot fail to make us sweat. Thunder sounds like no other London house night – make sure you’re there next time it strikes.