Half eleven on a Friday night, and Mark Hawkins –better known these days as Marquis Hawkes – is playing some very, very weird sounds to a few confused early arrivals dotted around Room 1 of Fabric. His sharp features set with determination, his eyes narrowed as he tweaks the CDJs, he seems determined to go as deep as he possibly can, with a grindingly slow techno pulse and sounds that squirm, pulse and wriggle around one another. It’s a lot like doing unfamiliar psychedelics somewhere scary, and a far cry from the gloriously jacking house of his album ‘Social Housing’ and the deliriously infectious single ‘I’m So Glad’ featuring the house diva’s house diva, Jocelyn Brown.

But then Hawkins himself has a lot more to him than just Marquis Hawkes. He’s been making music for a long time, often in strange circumstances, never expecting the success he now has. Since his Hawkes EPs started emerging in 2012 – first on the Glasgow label Dixon Avenue Basement Jams, then on other connoisseurs’ favourites Clone, Aus, Crème Organisation and Fabric’s own Houndstooth imprint – he’s had props from the Skreams, Jackmasters and Eats Everythings of this world, and he’s making a comfortable living from his music. He’s never publicly spoken about his past before, but sitting in a South London pub a couple of days after the gig, over a couple of hours he details a life that joins some unexpected dots. Infinitely more bright-eyed and hyper-articulate than you’d expect from a 40-year-old whose life has been spent around traveller sites and “East German crystal meth raves”, he exudes a husky-voiced geezerish charm and the unfakeable optimism of someone who’s been given a second chance in life. 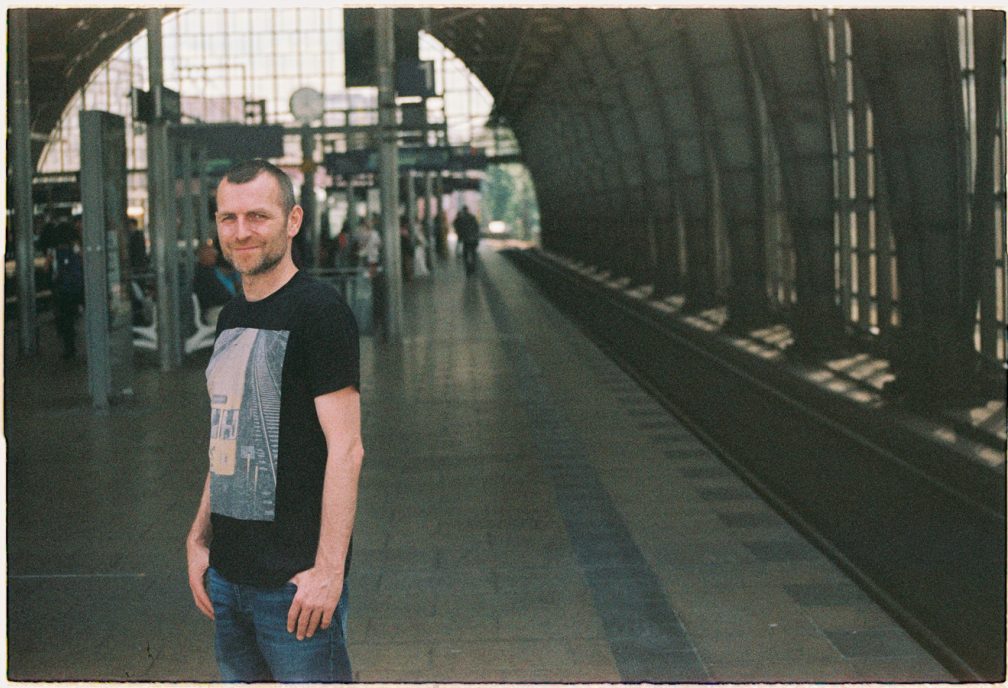 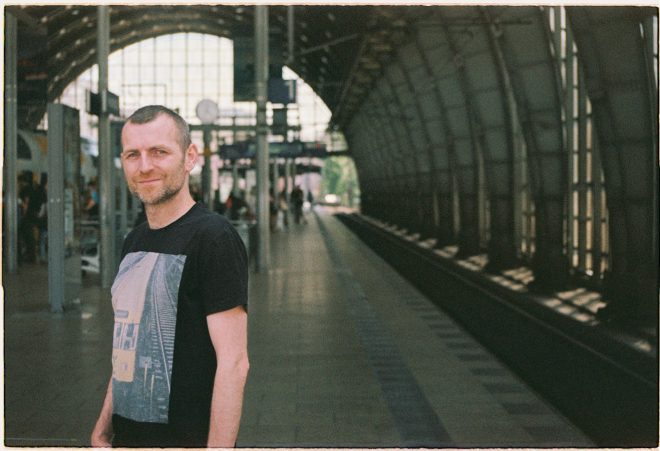 He grew up on the very edge of suburban London going into Essex – “I remember the M25 being built,” he says. His parents were “old heads – they’d seen Cream and Eric Clapton in some pub in Dagenham, they’d seen Pink Floyd when they were still underground”. Music was omnipresent, a vital part of life. His dad collected not only rock but reggae – thanks to his Jamaican colleagues on the telephone exchange who took him to blues dances – and freaky electronics like Delia Derbyshire’s notorious White Noise project and Stevie Wonder side-men Tonto’s Expanding Head Band. He even bought a copy of ‘Planet Rock’, then, baffled by his own purchase, gave it to his son, igniting a lifelong obsession with electro and hip hop, setting Mark in good stead when the kids at his school started breakdancing in the mid 80s.

Hawkins became obsessed with early house at the age of 13, but when the family moved to rural Suffolk just as rave was kicking off, he got disenchanted by “the wankers at school who didn’t give a toss about music” getting into it and jumped ship to hang out with goths and listen to punk and industrial. But that quickly led to traveller culture, and after flunking school he was swept along to Castlemorton and all the other free raves of the time. Next thing, Mark had bought a flatbed truck and was living on the road, mucking in with festivals and free parties. “The funny thing was, I went to one at Bury St Edmunds and all the idiots from school were there. They saw me, all dreadlocks and nose rings, realised I was with the guys who ran the party, and it felt like the tables had turned!”