Dave Clarke stands in the crowd by the main stage of a drizzle-sodden Tomorrowland. He's wearing a grey hoodie that overhangs his stubbled face like a cowl. His dark eyes look haunted, even through his shades. Tens of thousands of ravers, damp but eager, go bananas all around. Nearby, a gurning girl in a cheap blue rain-poncho raises an arm towards a topless guy in a backwards baseball cap whose gym-toned upper torso is pumped up to steroid bulk.

He waves an A4 cardboard cut-out of Tiësto's grinning face, but raises his other arm towards her. Together, they create a heart sign with their conjoined fingers. High, high up, in a DJ booth built into the stage's huge, multi-coloured fairytale castle, Steve Angello bangs out his own remix of Eurythmics' 'Sweet Dreams (Are Made Of This)'. Towering over him, an animatronic woman's head the size of a small house glares out with bulbous eyes. Smoke blasts from jets in the castle's turrets. Onstage, dancers dressed like gaudy medieval courtiers twerk and wriggle as tickertape cannons machine-gun purple streamers over the vast whooping mass.

"That's Penn and Teller shit going on right there," Clarke observes. "You can't fault the production here, and with pantomime it's essential to have good production, otherwise what have you got? You have to have spectacle because EDM doesn't have enough about it. It needs bombast. EDM is pantomime. Tech-house is cabaret. But techno? That's the real dark art." 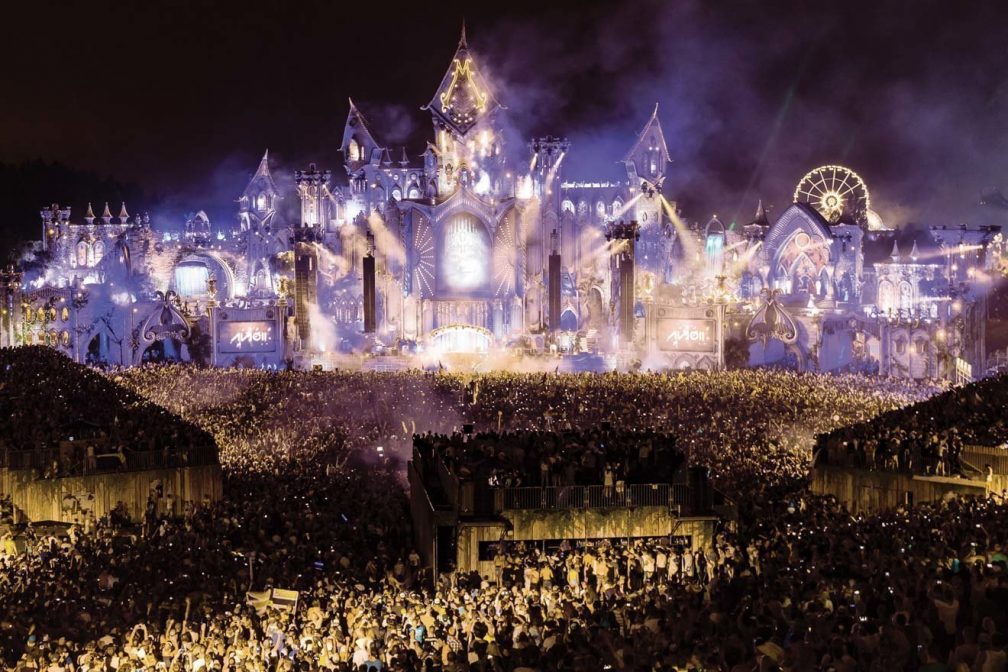 When Mixmag informs him it's Steve Angello playing, further adding that he used to be in the Swedish House Mafia, Clarke looks quizzical. "Swedish House Mafia?" he ruminates, as if someone had mentioned an obscure Kazakhstani theatre troupe; "I honestly don't know who those guys are. I know they've had massive hits but I've no idea what they do. I can only liken my experience here to the idea of Johnny Cash going to see Rihanna. I don't have to be at war with these people – it's just they're not on my radar at all."

Clarke is undoubtedly aware the Johnny Cash comparison is apt. Both are known, after all, as "The Man In Black" (although, alternately, the late BBC DJ John Peel referred to Clarke as "the Baron of Techno"). Over 25 years a techno DJ, Clarke has adhered to his musical creed with a ferocity that's earned him a reputation. His mid-1990s 'Red' releases are still mentioned as ground-breakers, and he's remixed everyone from Depeche Mode and New Order (back in the day) to A Place To Bury Strangers and Gazelle Twin (this year), but his reputation is mainly based on his extraordinary DJ sets, all punchy, kick-arse hip hop-flavoured mixing, alongside a stern devotion to real techno. He brings punk attitude to everything.

"Punk and techno have the same ethos," he states later, "Techno is not about ego but it's a little bit about social change, about being an outsider. There's a true techno sound. They're now trying to rebrand lacklustre tech-house, made by the same four or five ghost producers, as techno. It's not. Techno is edgy. Techno is Surgeon. I wouldn't say it has to be heavy – Inigo Kennedy has an ethereal sound, for instance – but it does have to have a solid underpinning. It doesn't have to be a full-on slap-around, but it does need to be fucking with you, challenging you." 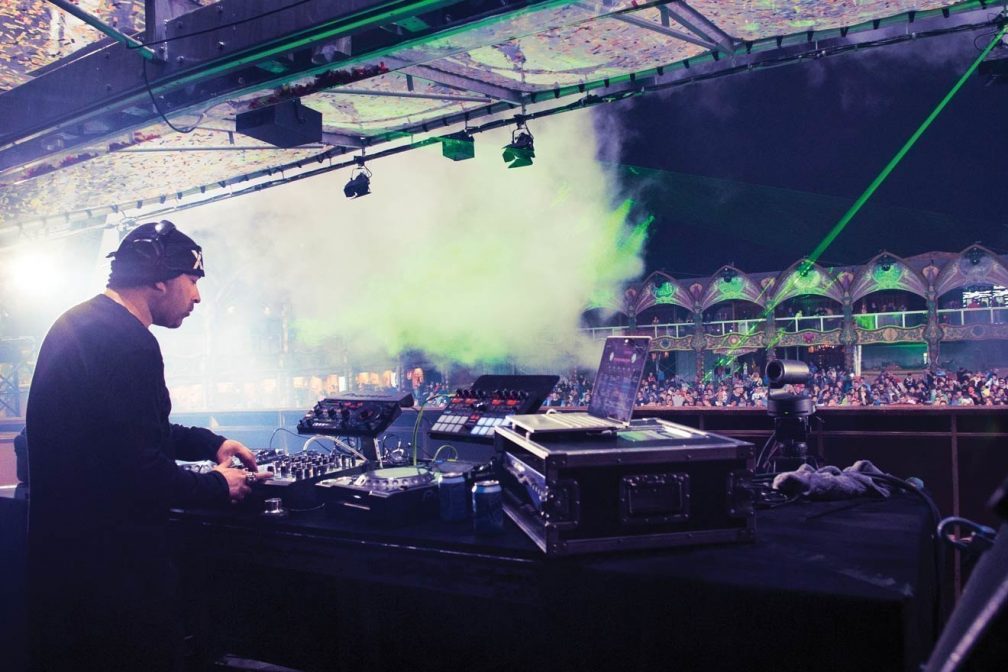 Which is very far from the music pouring out everywhere as Dave Clarke walks back to the stage he has helmed, curated and headlined for the last four years. The 180,000-capacity, three-day long Tomorrowland is a thing of wonder, so much wildly colourful production, a Disneyland for clubbers. The crowd is great too, 100 per cent having it, faces ablaze with enthused smiles. One stage is playing Jessie J, Ariana Grande & Nicki Minaj's chart-topper 'Bang Bang' to a wild response. Another has them going crazy to remix of Snow Patrol's already dire dirge-ballad, 'Chasing Cars'. "This is horrible," hisses Clarke, pulling his hoody closer around him, "I can't take this at all – drops and drum-fills suddenly juxtaposed with something soft and shite. It's really quite repulsive. And why is the MC shouting, 'Make some fucking noise'? Why make some fucking noise? This is just pop music."

Back at his tour bus, parked behind his stage, waiting for a box of sushi to sustain him through his headline set, Dave Clarke is much more at ease, although no less spiky when he wants to be. He sprawls in the lounge area of what used to be the Queen of Holland's personal transport. He is wearing – of course – black T-shirt and jeans, along with army-style boots, a futuristic watch, a bespoke leather wristband decorated with four imitation-ivory full moons, two fat silver rings, one with a skull on, and further skulls hang from his belt and boots (these were designed by Courts And Hackett, who also created Rolling Stone Keith Richards' skull jewellery). 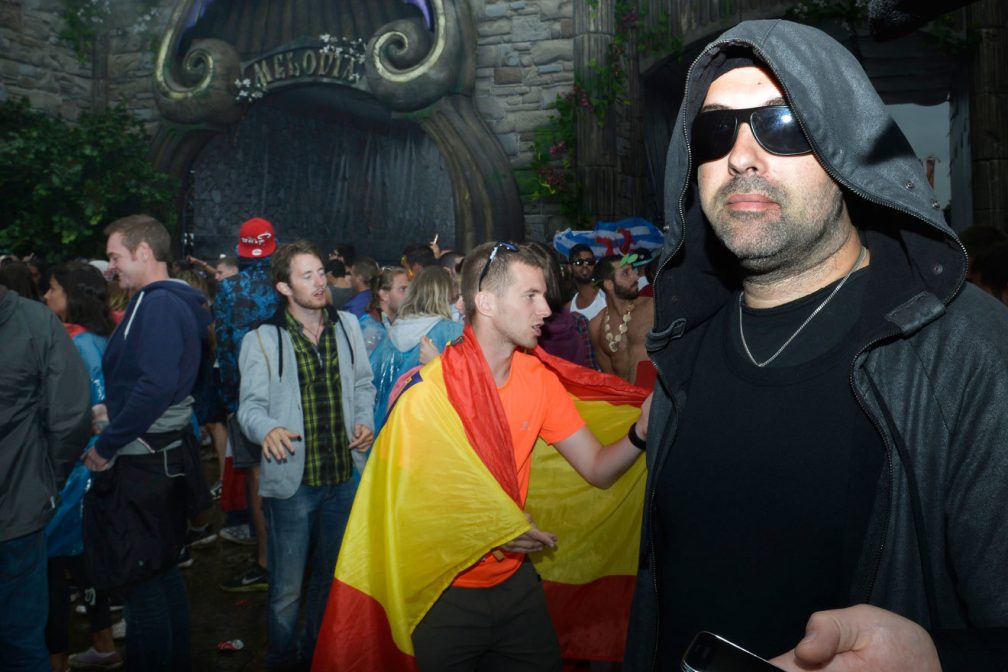 Clarke is likeable, if tricky to gauge. He is no longer the acerbic, fast cars 'n' cigars dark lord of techno mythology. In fact, he now thinks cars are "As dull as fridges", and has converted to a very Dutch admiration for his adopted city of Amsterdam's signature vehicle, the bicycle. He has a boyish sense of humour, replete with childish double entendres, but is astutely well-versed in general knowledge and global politics. He is also one of the only people left in dance music who will actually speak their mind. He's good company; not a grouch. So we mischievously put it to him that the music he plays, to a non-clubbing layman, is surely not too dissimilar from EDM…


Dave Clarke: To someone who's just landed on this planet [noisy alt-rockers] Black Rebel Motorcycle Club would be similar to Taylor Swift because they have song structures. If you look at food it's all food – but once you taste it, it differs.

Mixmag: Can't you lose yourself in EDM just like you can with techno?

DC: EDM disrupts the attention. It's not hypnotic. It goes alongside the problem of phones, filming and selfie sticks. Certain clubs have the right idea, saying, "Fuck off with your cameras. You're here to interact with people inside a club, not to take photos every five seconds." The whole point of music is to disconnect with parts of world you can't be bothered with. House was always about a slow build-up of drums taking you somewhere. With EDM it's not about taking you anywhere, it's about telling everyone what a great time you're having. But are you really having a great time?

Mixmag: There's an argument that the likes of David Guetta or Steve Aoki are gateways into dance music…

DC: I don't believe in the filter-down effect. Bollocks! By the time you're of clubbing age, your taste is pretty defined, whether you're a commercial douchebag or underground. I don't think, all of a sudden, people who go to watch Mr Cake-Thrower will suddenly become lactose intolerant to his cream fillings and say, 'Right, I'm gonna find myself some techno'."

Mixmag: Aside from the music, then, what are your feelings about the wider EDM scene?

DC: There are professional teams of marketers exploiting the whole thing. There's too much fucking ego now, way too much. A lot of managers are creating ego so they can get behind it and create monsters. That's the business they're in. Pop music was always about exploiting a mass movement. I honestly don't really know who John Legend is, but it must have been a management eureka moment when they stopped playing with their cock in the bath and thought, 'Here we go, we're going to put him together with Avicii and create country EDM.' It doesn't matter, anyway. None of it. It's all going to go away eventually." 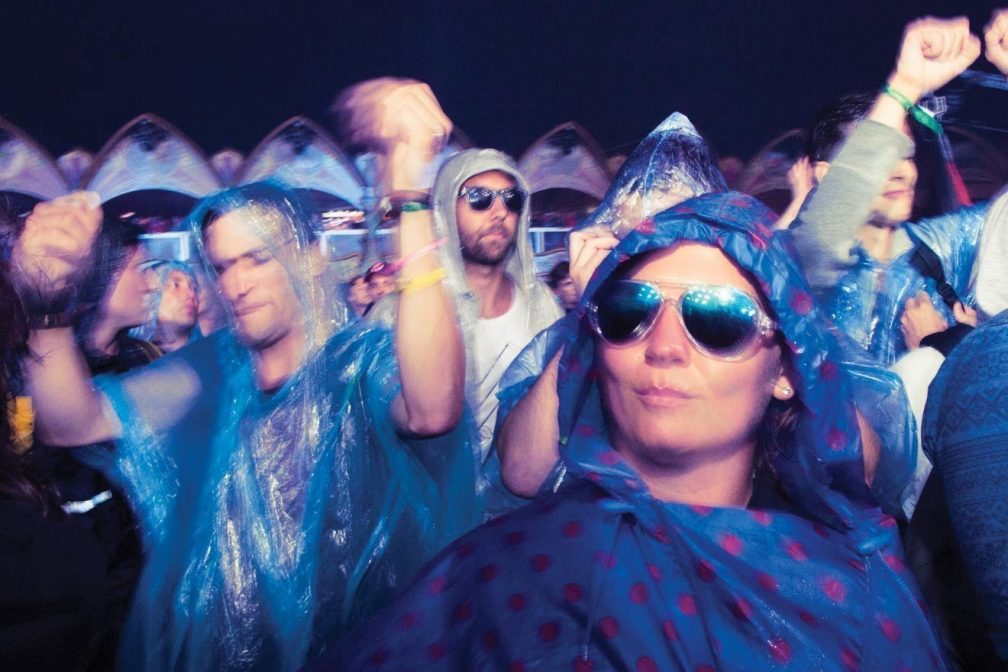 The implication is that Dave Clarke and techno will still be there when it does. Clarke is, after all, a survivor. Born and raised in Brighton, he ran away from home as a boy, began DJing in rave culture's earliest days and, by the dawn of the 1990s, had releases out on XL, R&S and his own Magnetic North imprint. He followed his techno muse relentlessly, taking his sound to every corner of the globe. And his career remains vibrant.

"I'm not looking for a time to cash my chips in and turn traitor to everything I believe in; I'm content where I am," he says. "It's tough sometimes, but that's a good place for an artist to be." Yet his profile is as high as ever. He's heavily involved in the Amsterdam Dance Event, where he presents a sell-out party every year. His _Unsubscribe_ project with Dutch producer Mr Jones has been releasing material on Houndstooth, and the pair are now collaborating with Black Asteroid/Motor man Brian Black on a project called Roijacker for Maelstrom & Louisahhh!!!'s new label. His weekly White Noise radio show (on 83 stations in "over 25 countries") recently reached its 500th edition. 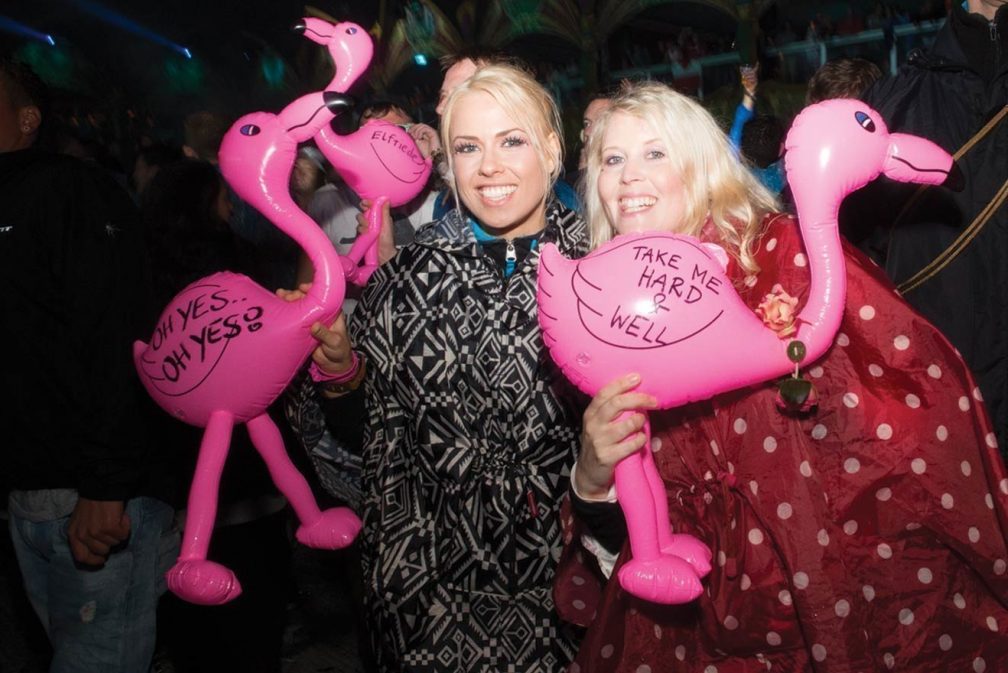 Elsewhere at Tomorrowland, David Guetta remixes the nursery rhyme 'If You're Happy And You Know It' and Steve Aoki drops the theme to Titanic. Back in Dave Clarke's arena, there are sets by Green Velvet, Chris Liebing and Paul Kalkbenner. In a pop-up, open air opera house, replete with balcony, a rain-spattered crowd simply will not give up as the festival reaches its climax. Dave Clarke melds stinger into stinger, elastically but with iron hard velocity – his compadre Mr Jones's 'Sounds for The Mute', Bjarki's stark electro-tech 'I Wanna Go Bang', Glaswegian techno don Gary Beck's gnarly drum-mad 'Hentzi', Radical G's warped synth remix of Front 242's 'Take One', and many more. Celebratory fireworks explode above him.

"I don't mind the fact that our thing became everyone's thing," he says wistfully at one point; "I just wish they hadn't fucked so badly with the quality control." Dave Clarke, and his stage at Tomorrowland, are a reminder that beneath the glitter and sparkle of dance music's mass market appeal in 2015, an indestructible heart of steel still beats. Still thrives.