We’re surveying 2017 across a series of features. Next up: We document the rise of electro this year, a genre that's re-captured the imaginations of ravers worldwide

Rapid bass movements ripple across the floor, bouncing beneath frantic melodies that sound like gurgles from outer space. In the booth, two of the year’s most championed DJs, Helena Hauff and DJ Stingray, exchange a menacing collection of tracks at an after-hours hotspot during Los Angeles’ FYF festival earlier this year. Their sound has a potent metallic taste that leaves the room both kinetic and dehydrated, the crowd using every ounce of energy as the space swells to capacity. Akin to a cosmic abduction, this set was something you needed to experience in order to believe.

In all its alien glory, the headlong and steely thrust of electro has cemented itself as one of the most prominent sounds of 2017. With its aggressive arpeggios, robotic melodies, stout 808 drum patterns and unmistakably aggressive flair, it’s recently achieved a new wave of global dancefloor domination.

This invasion has come in the form of numerous releases, represses and mixes that have spread across the electronic music ether. With focused, contemporary electro tracks such as Gian & Massi’s ‘Gloaming Haze’ and Karen Gwyer’s ‘The Workers Are On Strike’ being released parallel to new music from revamped old-skool artists such as Dopplereffekt and DJ Di’Jital, the electro tempest that has been collecting weight over the past few years undoubtedly unleashed the full force of its power over the last 12 months. Proof of this can be found in standout sets from the likes of Dave Clarke, Courtesy, Danny Daze and Mixmag’s Impact mix with Anastasia Kristensen.

One titan behind the uptick in electro’s recent popularity is Helena Hauff, an artist whose fiery releases on Werk Discs and Ninja Tune have resulted in widespread international acclaim.

While discussing the growth of the sound and its classification, Hauff provides some insight regarding how the use of the word “electro” has managed to confused things for the genre: “I can’t really tell you what changed over the past five years and why it has become so popular all of the sudden. So much of the best electro stuff came out between 2000 - 2010... so it has always been there. I guess when electroclash became so big, people had really had enough of it already. The term electro became synonymous with something that people didn’t really like.”

Diving further into Hauff’s introduction to the genre and how she became interested in the electro sound, her answer is as appropriate as you might think: “My first big discovery was Drexciya.”

The stormy music of Drexciya, an afrofuturist Detroit duo from the ‘90s, continues to breathe thick, inventive air into the lungs of budding music producers and aspiring DJs. Reissues from the extensive “Drexciyan music” catalogue, such as Warp’s recent repress of James Stinson’s album ‘Lifestyles Of The Laptop Cafe’, have instantly become essential listens in 2017 - garnering more attention than ever before and giving new life to a style that often sounds as admirably dated as it does emergent.

Before Drexciya’s departure from the scene in 2003 following the untimely death of Stinson, the seminal act managed to pass the torch to the man who was their tour DJ and who continues to champion their sound today: DJ Stingray.

“Its because of Drexciya that I got into DJ Stingray around 2009” says Hauff. “I didn’t even know him through his DJing. Before I saw DJ Stingray actually DJ for the first time, I already owned all of his records.”

Originally touring with Drexciya as their “assault DJ” back in the early 2000s, the Underground Resistance and Urban Tribe affiliate has had one of his biggest years to date in 2017. Playing over 80 gigs in 28 different countries this year, the dexterity and blistering speed of his sets have elevated the pulse of nightlife scenes in numerous corners around the globes. DJ Stingray’s dizzying bombardment of vigorous techno and weaponized electro is a potent and infectious dancefloor concoction which comes paired with an attitude that is hard to shake.

Despite the fact that our masked hero is widely credited with bringing back the electro sound in a big way, DJ Stingray tends to shy away from the classification of being an electro artist. In an interview with The Wire in 2010, Stingray shared his thoughts regarding the electro and techno divide: “I love the uptempo, so-called electro style. To me it's techno... where did this division between techno and electro come from?”

For many DJs, this division is starting to blur. The genre’s current revitalization and the malleable connection to its techno counterpart has resulted in a wonderfully cognizant and symbiotic relationship that is giving artists a head-banging boost of adrenaline. 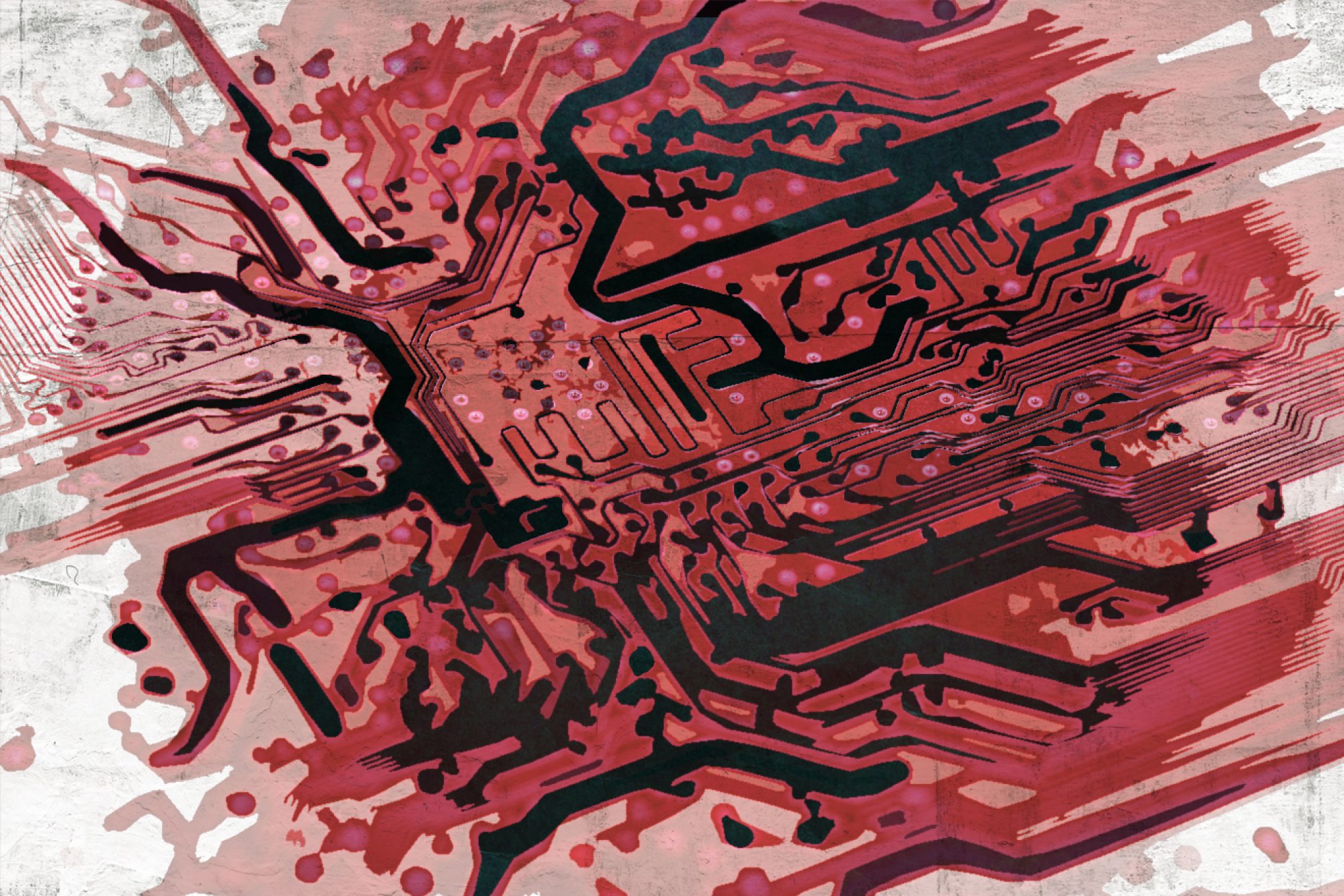 Solar One Music’s Robert Witschakowski, from the timeless German electro duo The Exaltics, is thrilled with the recent amplification of he genre. The artist gives major kudos to both Stingray and Helena Hauff, stating that “people trust them so they have all freedom to play different music and it is perfect for the electro scene.” Witschakowski goes on to note the relationship between the two genres, admitting that “electro has so much power but techno will most likely remain as the leading genre.”

One contrasting opinion comes from the proven Scottish producer Neil Landstrumm. The artist links the current rise of electro to a growing monotonous attitude within the techno scene: “People are bored as shit of all the dark techno cave cliche nonsense. People want bassline and alternatives.”

Big league artists like Blawan, Randomer, Matrixxman and Objekt – who released the EP ‘Hypnagogia’ alongside Dopplereffekt in 2014 – have all been vital advocates of the sound as of late. By using the genre’s magnetic moxie to blend and shape their raw and roving sets, the end result usually goes the way of faster tempos and topped-up levels of attentiveness on the floor. It's a winning formula that has snapped many ravers out of the often drab, 4x4 hypnosis that can settle in at certain clubs and parties.

The Irish electro composer DeFeKT has seen this trend unfolding and makes certain distinctions regarding the growing alliance between the two genres: “There are great techno DJs who play electro more and more but some people don't realise they are dropping it. I think what has changed recently is greater appreciation coming from the techno community again, and maybe electro heads opening up more to techno also.”

Among the most loyal electro fans, there is an ideology which subscribes to the idea that “real electro” has never gone in or out of fashion. Instead, the genre has always simply existed, happy to do its own thing. But it’s undeniable that electro has had a vintage year, giving dance music a dose of energy, helping expand its horizons and move into enticing, uncharted waters in 2018.