This is a party town. Crowds of drunk tourists, heads adorned with Stetsons and feet in cowboy boots, stagger beneath the neon lights of honky-tonk bars. Scores of ‘party bikes’ wheel through the streets covered in fairy lights, while extended jeeps dressed as fire engines or school buses complete with half-naked male strippers roll through the city escorting over-excited hen parties to their destination.

Known as the Music City, Nashville is famed as the home of two types of music: country... and western. Not a city that you’d associate with electronica, aside perhaps from the foul hybrid that’s blaring out of Kid Rock’s grotesquely over-sized Big Honky Tonk & Steak House on Broadway. But there is a small, but burgeoning, underground scene bubbling beneath the sounds of guitars and pick-up truck engines.

Read this next: Raising Arizona: How HOCO Fest is nurturing a cultural oasis in the desert

The Nashville House Syndicate (NHS for short) is a collective of six friends bonded by their passion for electronic music and a yearning to create a community of like-minded people. NHS came to life back in 2016 when the two founding members – Daniel Fornica and Enrique Ferrer – met at university. Their idea initially was to showcase the music of local, underground producers, but – inevitably – this quickly begat parties. To date they’ve released seven EPs and thrown seven events, each one taking place in a new location, with Detroit’s FIT Siegel guesting at the last one. It’s the eighth party - featuring a selection of residents, label mates and local talent – that’s brought Mixmag to Nashville. 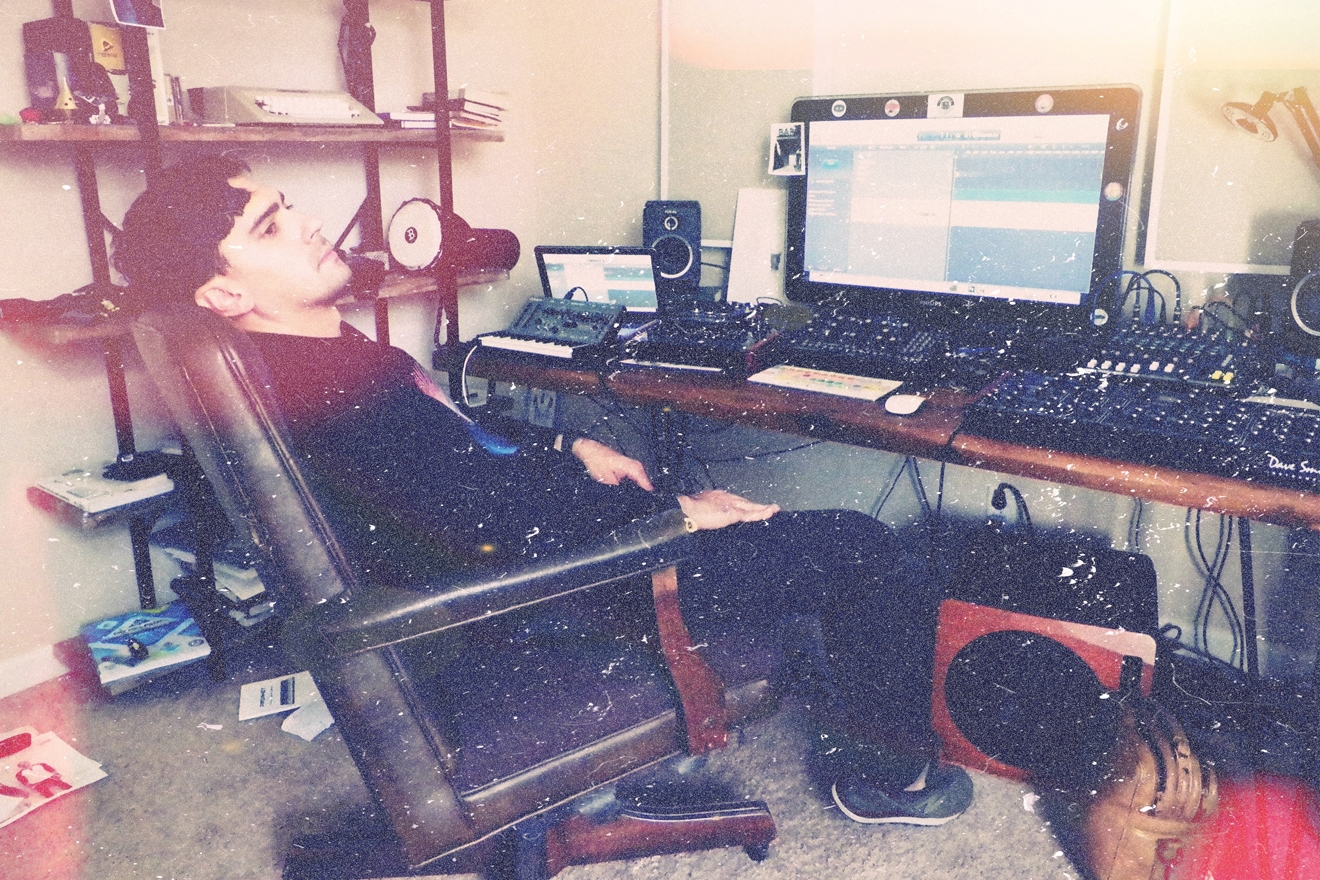 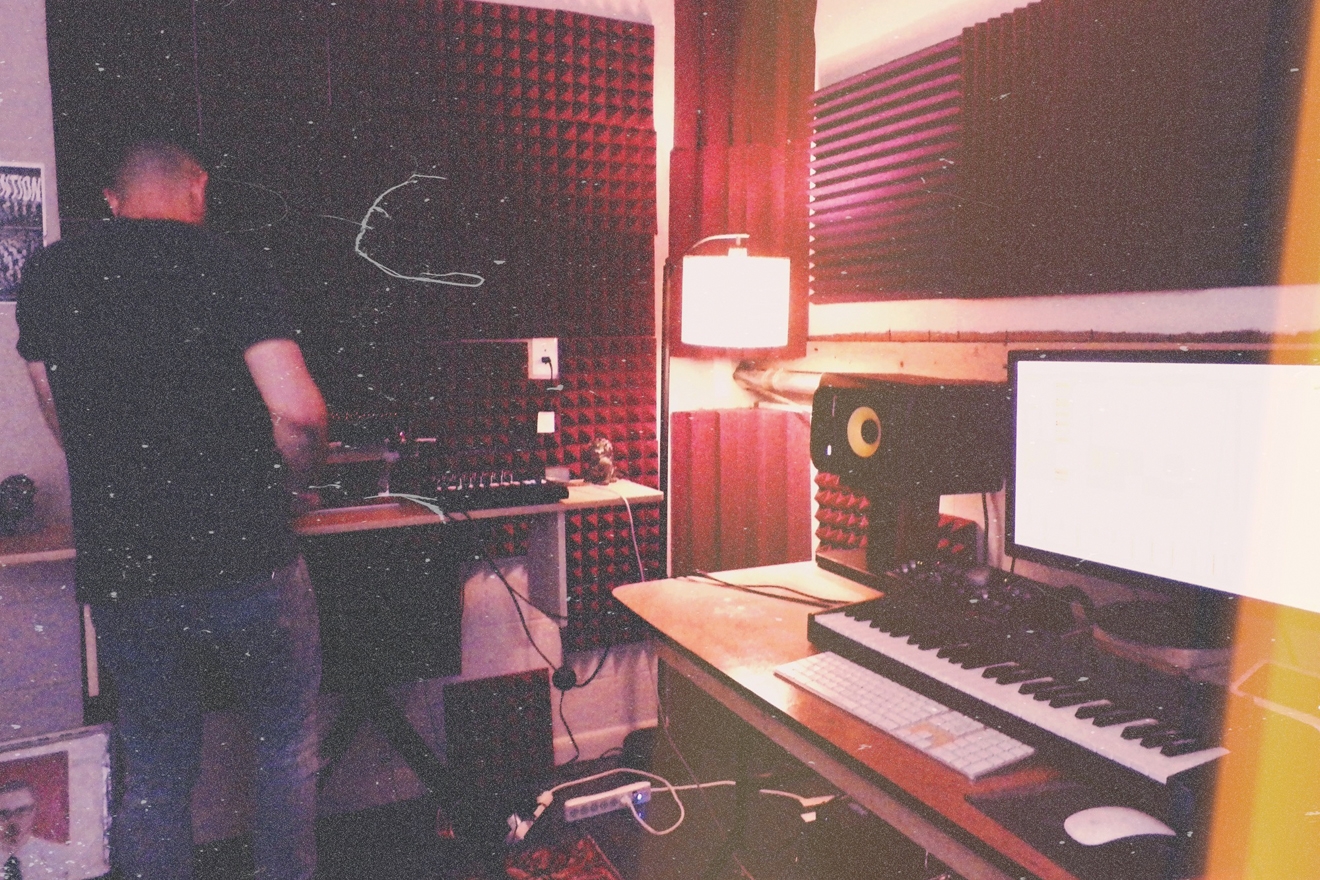 Tonight is also a concept party, Daniel tells us, titled ‘No Phones Por Favor’, which encourages dancers to keep their phones in their pockets and embrace the music. We arrive around 10:40PM, 20 minutes before the party is due to start, pulling into an underlit, deserted, and slightly unnerving industrial area.

A few flat-roofed warehouse-style buildings sit on either side of the street, there’s a tyre yard painted yellow with the image of Disney’s Robin Hood and a recording studio opposite housed in a building on wooden stilts. The venue is down a dark side passage, the only indication that there’ll be a party the metal barriers that line it.

The warehouse venue holds around 250, with a large courtyard out the back, a few small tables, chairs and benches dotted about. Inside there’s a short corridor past two toilets that leads into the main space which is painted black with wooden beams, a small disco ball in the centre and red strip-lights. There’s a makeshift bar next to a floral sofa, and tall red stools line each of the walls.

Read this next: Octo Octa's DJing and production are a testament to the transformative power of the dancefloor

Slowly, people begin to trickle in. They’re greeted by Leno, a young, chatty Nashvillian with long brown hair who tells us in his thick Southern drawl that his regular job is farming. “Yeah, I just texted my boss to check I’m not working at 6:AM. I told him I’m working the door in the underground tonight,” he says nonchalantly.

Meanwhile, on the decks Kevin Kendall is delicately blending a selection of deep house and techno. Tracks include Jump Source’s dreamy ‘All My Love Is Free’ and Nicole Moudaber’s chugging and percussive ‘Can I Get Some’. An obscure black and white film plays backwards on the screen to the right of the stage. As we head to the toilets (sorry, restrooms) we overhear friendly, chatty conversations between strangers, typical of people here in Nashville: warm, open, and hospitable and to whom every stranger is a friend they haven’t met yet. 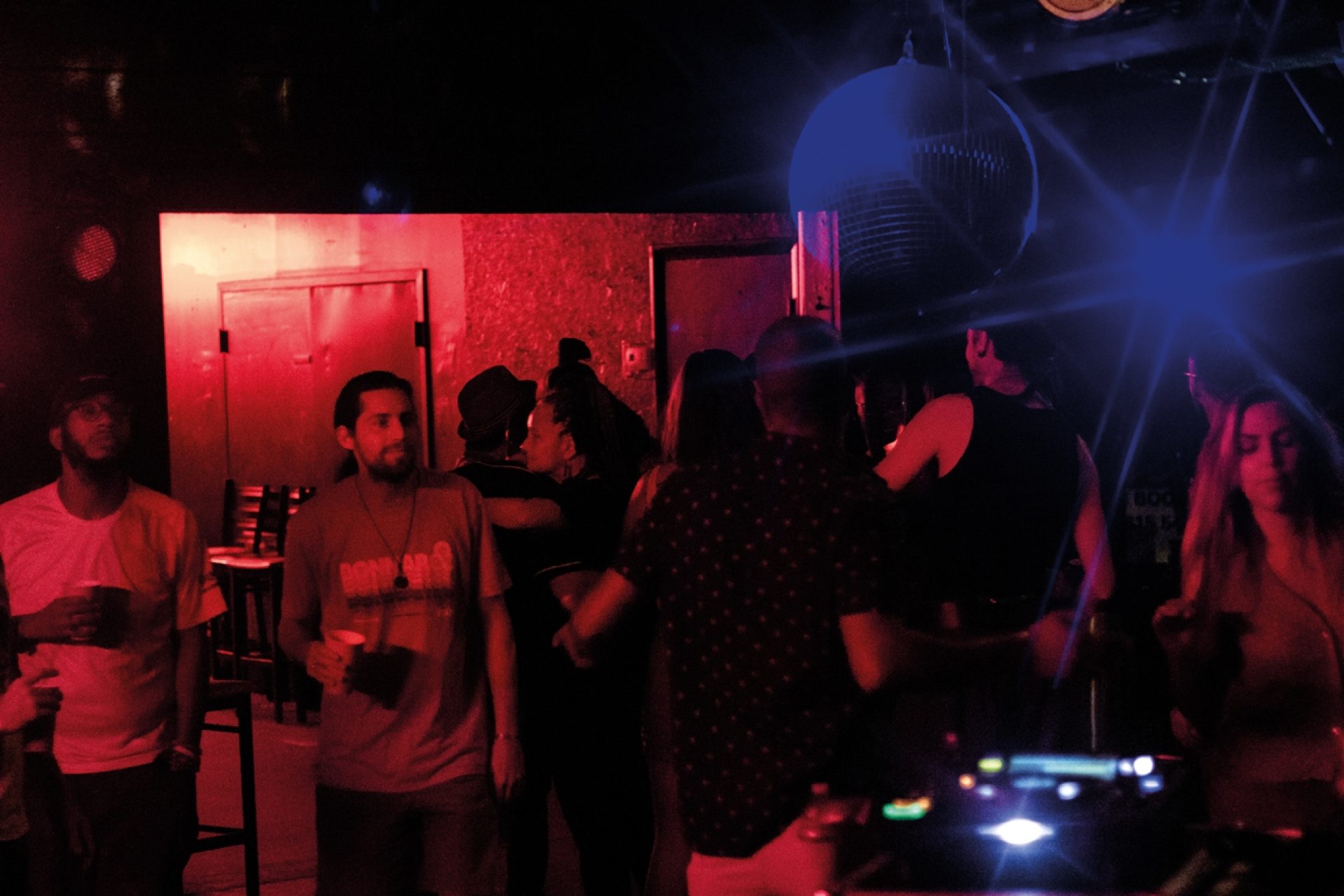 As it gets busier in the main area, we take in the sheer variety of people. A woman with dreads, an older couple – the guy dressed in lumberjack shirt and trucker cap and his partner in matching thick-rimmed glasses and a jumper tied around her waist – throwing themselves onto the dancefloor with zero inhibitions. We meet a 30-something man named Cal dressed in flip-flops and jeans with a Stetson on his head who begins to tell us how much he loves Nashville before trying to pull us onto the floor. There are people here of many nationalities – Mexican, Venezulan and even someone from Tanzania – a handful of solo ravers, and regular NHS party attendees who have become a little family. There’s a handful of gay couples: an older man with his younger lover, a muscular duo with their tops off and a younger pair, one of whom, in a long-sleeved, cropped sparkly maroon top and spiked choker, has adorned his face in silver glitter.

Read this next: Secret Society may be Toronto’s best hope for a true underground dance community

We venture back outside and strike up a conversation with a young guy by the name of Sei Akabo. Originally from Tanzania, Sei moved to Nashville from Atlanta in 2005 with his family. A regular attendee of NHS events, as well as a DJ himself, he explains that it can be quite hard to get regular gigs for house, techno and d’n’b, but that it’s “easier if you cater to the tourist clientele and customers”.

Back inside, Scissor and Thread signee Black Light Smoke is enticing more people to the floor, blending classics such as Simian Mobile Disco’s ‘It’s The Beat’ with Nina Simone’s unmistakable vocals against a thudding bass. The former New Yorker seems in his element. But it’s a couple of his own productions that really stand out: 2018’s ‘Loving You’ which came out on German imprint Hafendisko, and DJ T’s remix of 2012’s ‘Lovework’ that featured on Get Physical’s ‘Full Body Workout’ the same year. 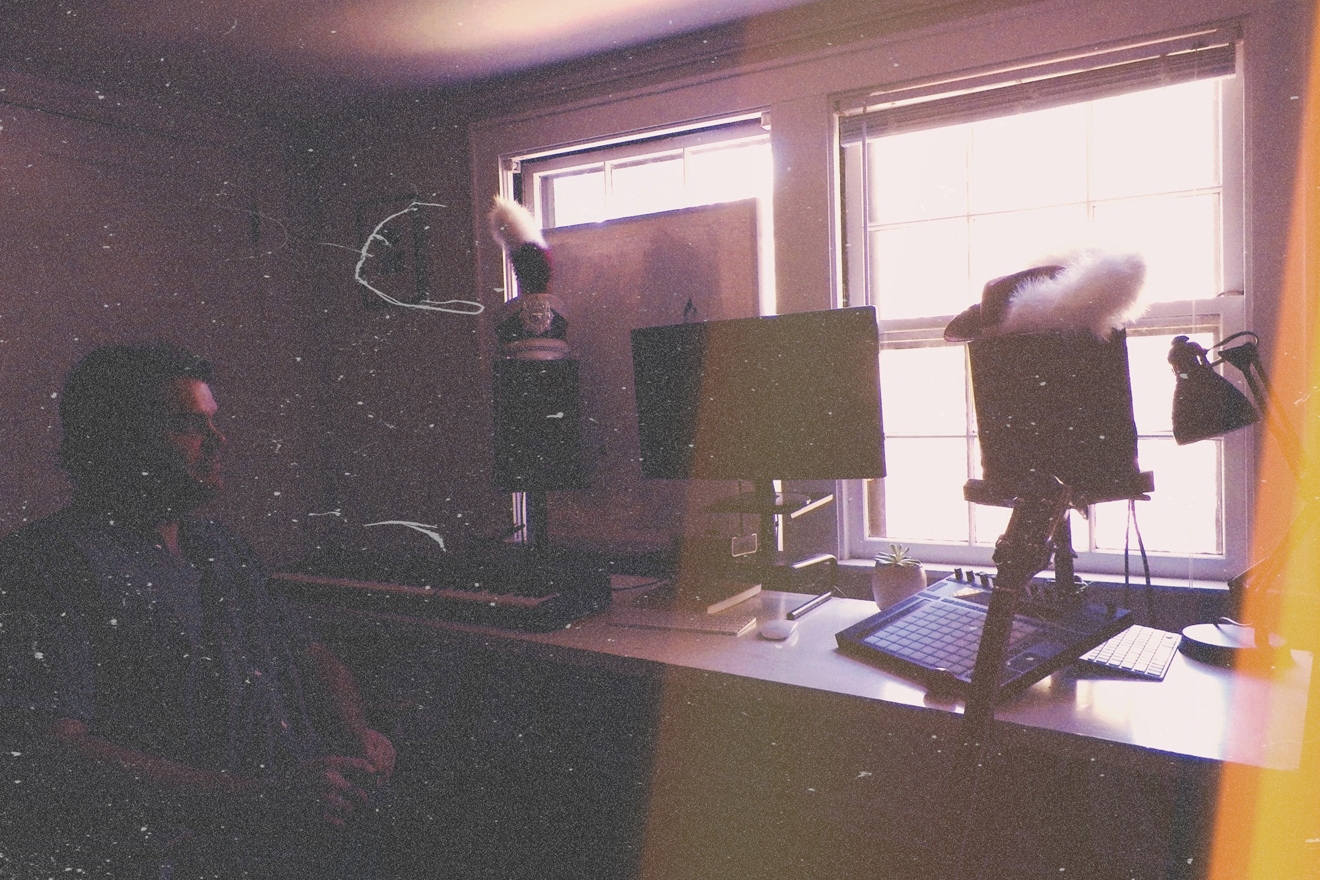 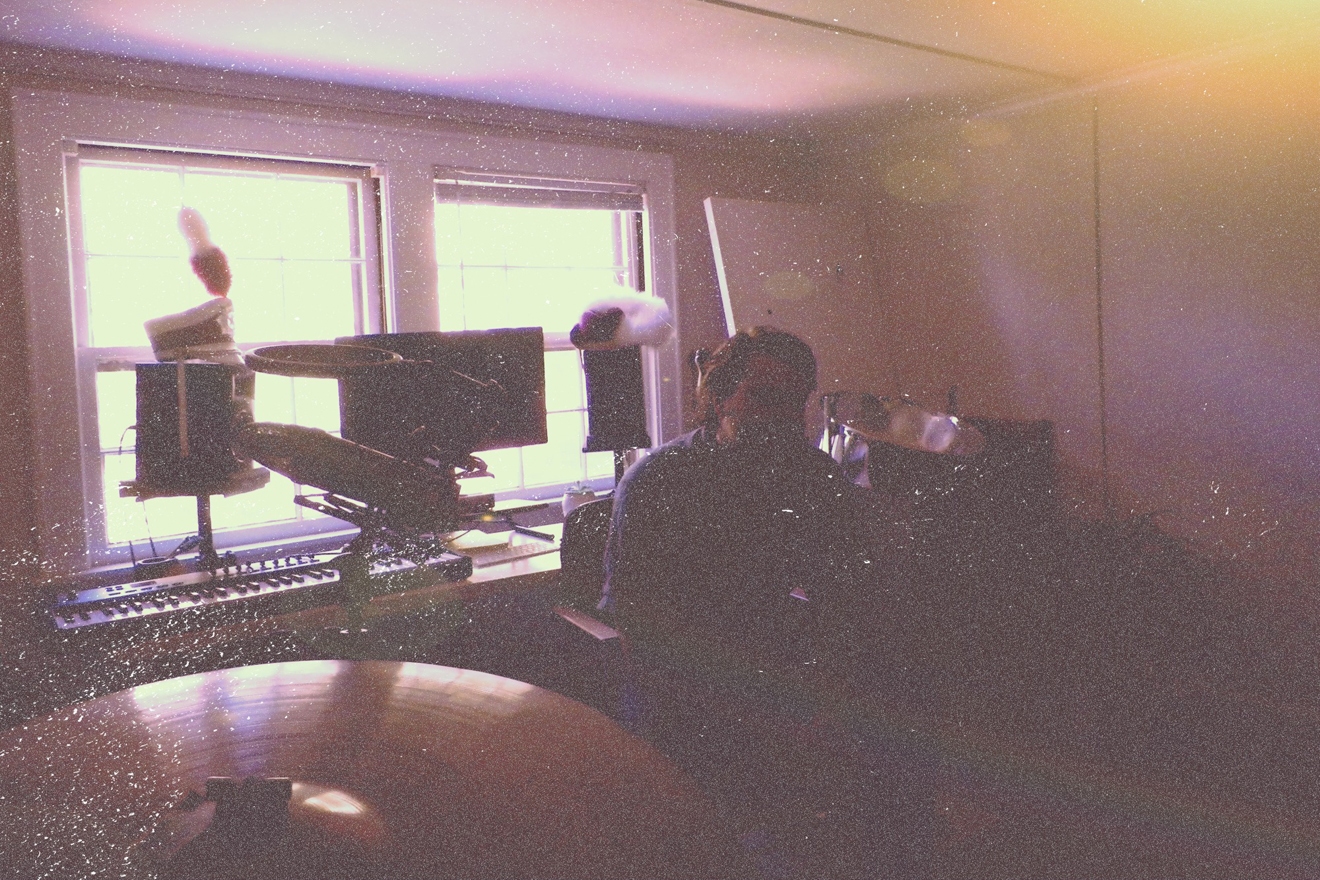 While the crowd is small, they’re enthusiastic and committed. Kevin says that the real issue here is the lack of a dedicated venue. Without a club that’s a constant where people can go, they’re reliant on pop-up parties, thrown sporadically. “It needs one club owner who gets it and is passionate about and loves dance music,” he says.

While other crews, including the more experimental electronic collective Tram Planet, have come and gone, The Nashville House Syndicate are determined to make it work. The unconventionality of having electronic music in the home of country arouses people’s curiosity, with punters from as far afield as Florida making the (ten-hour) road trip up the I-75.

And that’s what keeps pushing Daniel and his crew to keep going. “I want to keep doing this as long as I have the energy,” he tells Mixmag. “I want to create a sound with what we have here in Nashville. Having this here in this city is inspiring.” Sure is.