Octan is the newest club on Ibiza's map. Due to open in July, Octan takes over the former Sankeys building and promises to maintain the raw, warehouse feel of its predecessor. That means low ceilings and dimly-lit rooms, but with the accompaniment of secret cinemas and pop-up soundsystems.

Steve Lawler, who was a Sankeys Ibiza regular with his night Warriors, will kickstart Octan's season on Sunday, July 7, joined by Fuse's Enzo Siragusa and Seb Zito and Ben Sterling, before the club continues the summer with a focus on Fridays, Saturdays and Sundays. The club will then undergo an even larger reinvention for 2020.

Ahead of opening Octan next month, we spoke to Steve Lawler about his input into the new club and the state of Ibiza in 2019. Read the interview below.

You’ve mentioned you can’t wait to get back in the 'basement’. What excites you the most about going back?

The basement, the venue - for those that experienced it - is just one of the best rooms in the world. It might be intimate - we’re talking 1200-capacity, no more - but the energy, because of the low ceiling and the massive soundsystem and the fact that we packed the room out, the energy in there was insane. Like a crazy, crazy party and there’s only a handful of venues in the world that have that. The basement is certainly one of them. Ibiza has missed it. I think Ibiza needs that place.

What do you think Octan will offer that Sankeys didn’t?

The difference for me is the way it’s going to be run. I’ve been DJing for over 20 years and I understand the importance of professionalism and things being done so we can carry that forward to the paying punter. At the end of the day it’s all about the paying punter - nothing more and nothing less. The previous owner didn’t always see things that way. A lot of what was going on was more about him and we can already see the changes that we’re making in the venue to make it better for people. 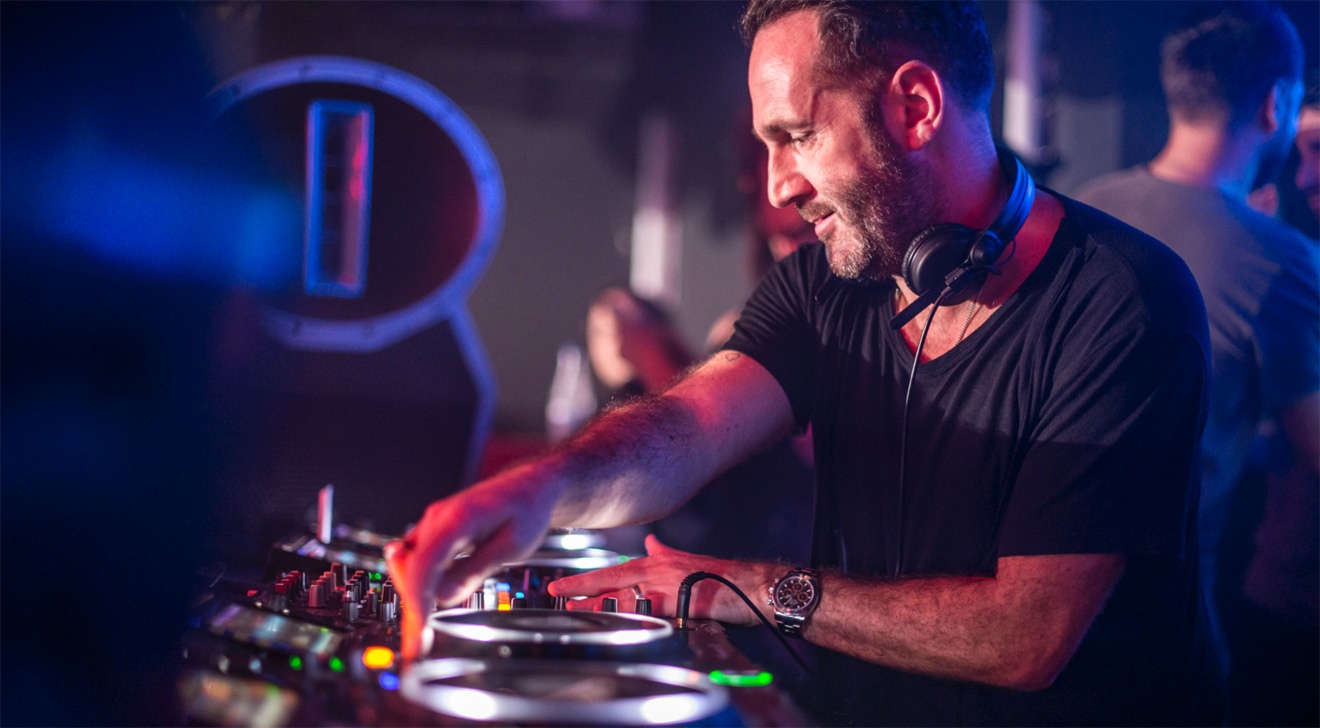 What kind of changes?

Just making things work better, making the toilets better, making the entrance better, making the staff on the door better. Just doing things to make it a better experience for people. When Octan contacted me and told me they were going to relight the flame, I told them I had a few conditions. I don’t want the club to be made posh, because if they were going to do that I wouldn't be interested. It had to remain the gritty basement it always was. Essentially we’re keeping the essence of the club what it was because why change something that isn’t broken? One of the issues we had in the venue before was that Warriors got so packed and there was no system in place to control the queues and control the madness that was going on outside. The door didn’t know where to queue people. Even though myself and the people who work for me spoke to the former owners and mentioned these issues, they never got addressed. They’ve been addressed now before it's even opened.

There also seems to be an emphasis on artists using the space. Why is that important?

First and foremost, music is art. It’s culture. Music is not just about hearing a song. Music is about culture. It’s about our culture, it’s about people getting together. For me, an important part of culture is art and expressing yourself and our generation. Warriors has always been an anti-establishment set-up. It’s putting your message out there with a big ‘Fuck you’ on it. Warriors belongs in the black sheep of the family, which was Sankeys. It was a match made in heaven, which is why I have been so specific with Octan that it remains the black sheep. If Octan was to be done up and made posh, it wouldn't be the place for Warriors. If you've seen the current artwork, it looks like the Warriors logo is on fire - like it's hot and coming back to Ibiza with a vengeance.

There’s a lot of criticism at the moment about the VIP culture surrounding clubs in Ibiza. How is Octan different from the other clubs on the island?

I don’t think Ibiza is losing its identity. I just think it has lost its balance. For me, one should not exist without the other; Ibiza has to have the variety. One of the reasons Ibiza became so popular was for that very thing: variety. Playing Ushuaïa is one of my favourite gigs in the world and I love the people behind it. They’re like family to me. And it’s an amazing experience, but that’s one end of the market. That’s the big outdoor show with 10,000 people around you. Warriors in the basement is the polar opposite to that and I’m very fortunate that I get to do both and I want the punters to be fortunate enough to get to do both because they’re both very different experiences. And isn’t experiencing things what life is about? I believe the island needs that balance as much as I need it and as much as everybody else needs it.

Do you think that VIP culture isn’t as much of a bad thing as gets made out?

It isn’t a bad thing, but I think it’s bad that it’s targeted. If people who have money want to sit around a table and spend $5,000 on bottles being delivered, then who are we to say they shouldn’t do that? People say ‘VIP is killing electronic music’, but I went to acid house parties and you would have a really rich yuppie standing next to a drug dealer or some poor kid who's been raving for six days on the trot. It didn’t matter, no one questioned it. It was the mixture of us all being together. Straight, gay, white, black, rich, poor - it did not matter. It's up to the promoters, the DJs and the club owners to make sure we keep the scene thriving and to keep the scene thriving we have to offer variety.

What about the rising ticket prices in most of the big clubs?

Ticket prices are down to the DJs' fees. There are DJs out there charging extortionate amounts of money and that unfortunately bumps up the ticket price. I suppose those DJs who are charging those kind of fees are doing it based on the fact that there's so much demand. You can’t ask somebody to pay for a really expensive ticket to come into an underground basement, but if you are giving that person enormous amounts of production, then naturally the ticket price is going to rise with that. 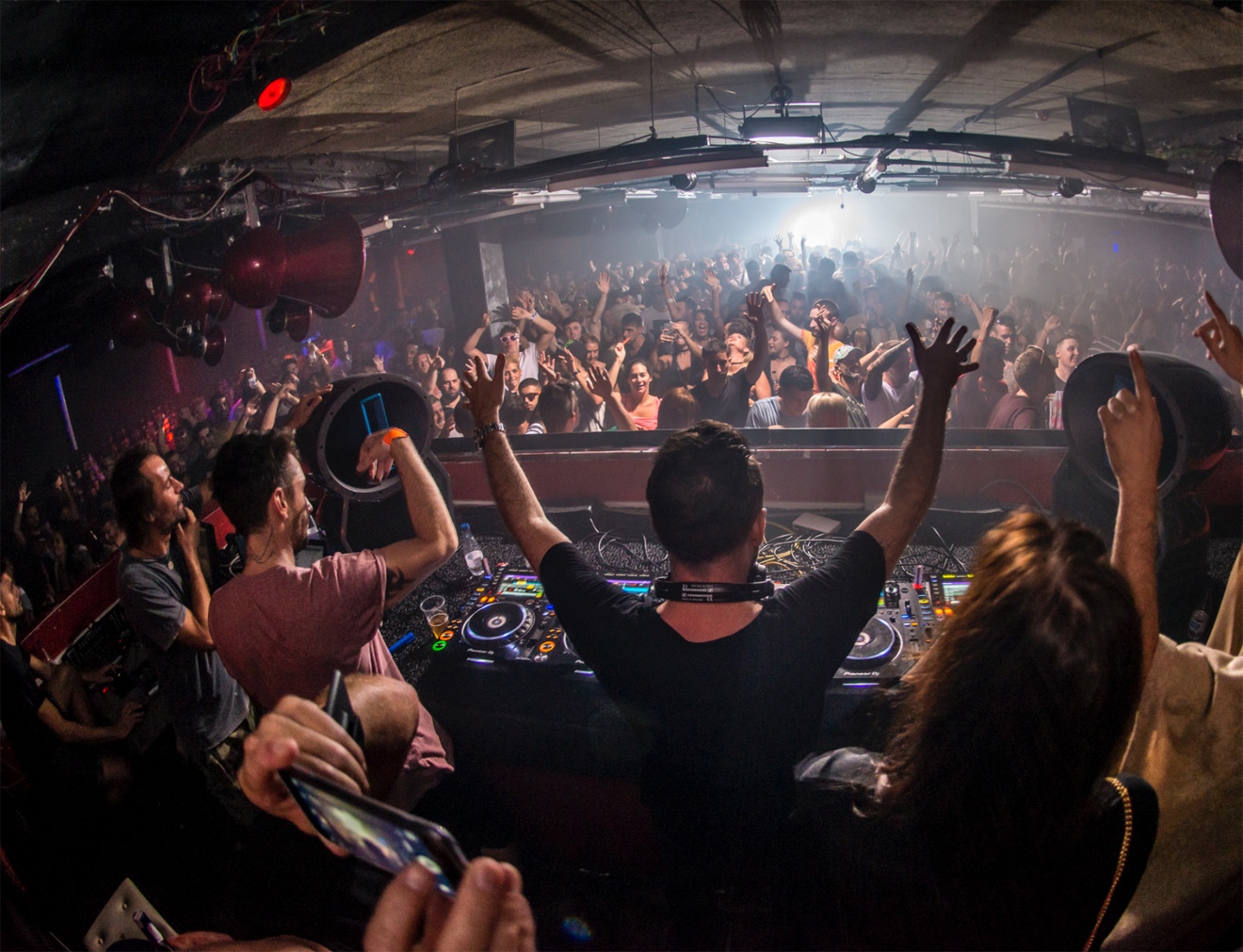 Now it seems like younger people are being priced out. Would you agree?

Yeah, I do, but it’s not just Ibiza, it’s the world, it’s the world we live in. I see it in Croatia, which everyone started going to because it was cheap as fuck. It’s not the case anymore. It's the same with festival tickets. Things are more expensive now. Things are more expensive for a promoter to put on a show and, from a DJ's point of view, flights now are almost double or triple what they used to be. A DJ has to employ staff. 15 years ago, DJs didn't have staff. I'm glad to say that something that was discussed quite heavily with Octan, was keeping the prices affordable. We're giving people the opportunity to still go to Ibiza and not spend their year's earnings.

So, ultimately do you think Ibiza was better back in the day?

It’s just different. You've lost Space, which was a special place and you've lost the essence to do beach parties, which is a shame because some of the best parties I ever played were on the beach. But what you've gained is a different level. Ushuaïa is doing some incredible things and the lighting show and production at Hï is giving people something for their money. You have to embrace change and that's one of the reasons I'm still here.

Cheap thrills: How to have an affordable Ibiza holiday in 2019
10 ways Ibiza will change in 2019
The best tracks and moments of Ibiza 2018