London was taken over by a series of fashion shows and graced by some of the world’s top designers and glitterati last month for the city’s Spring/Summer fashion week.

The only party really worth attending was held at the back of Jonny Banger’s Sports Banger store in Seven Sisters. The bootleg royalty managed to land electronic music renegades Paranoid London as co-hosts for the show. It was a fitting music and fashion marriage, as Jonny’s approach to making clothes is similar PL’s attitude to making music: a punk spirit that champions a DIY ethos.

Read this next: "Maximum energy": How Paranoid London became the most riotous act in dance music

The acid house specialists didn’t just hold down background music, with each Paranoid London member showcasing the Sports Banger collection throughout the evening.

Newly installed venetian blinds separated two figures that stood on a platform abpve the heaving room of Banger fans. As the trademark acid menace of PL’s ‘Transmission 5’ thudded through the room, the blinds are drawn to reveal the group’s founders Gerardo Delgado and Quinn Whalley. Hunched over drum machines like scientists in a lab, Quinn is in a tubesock balaclava bashing away pm an 808 and Del is to his left in a laser-etched Armani jacket with the PL logo on the back. 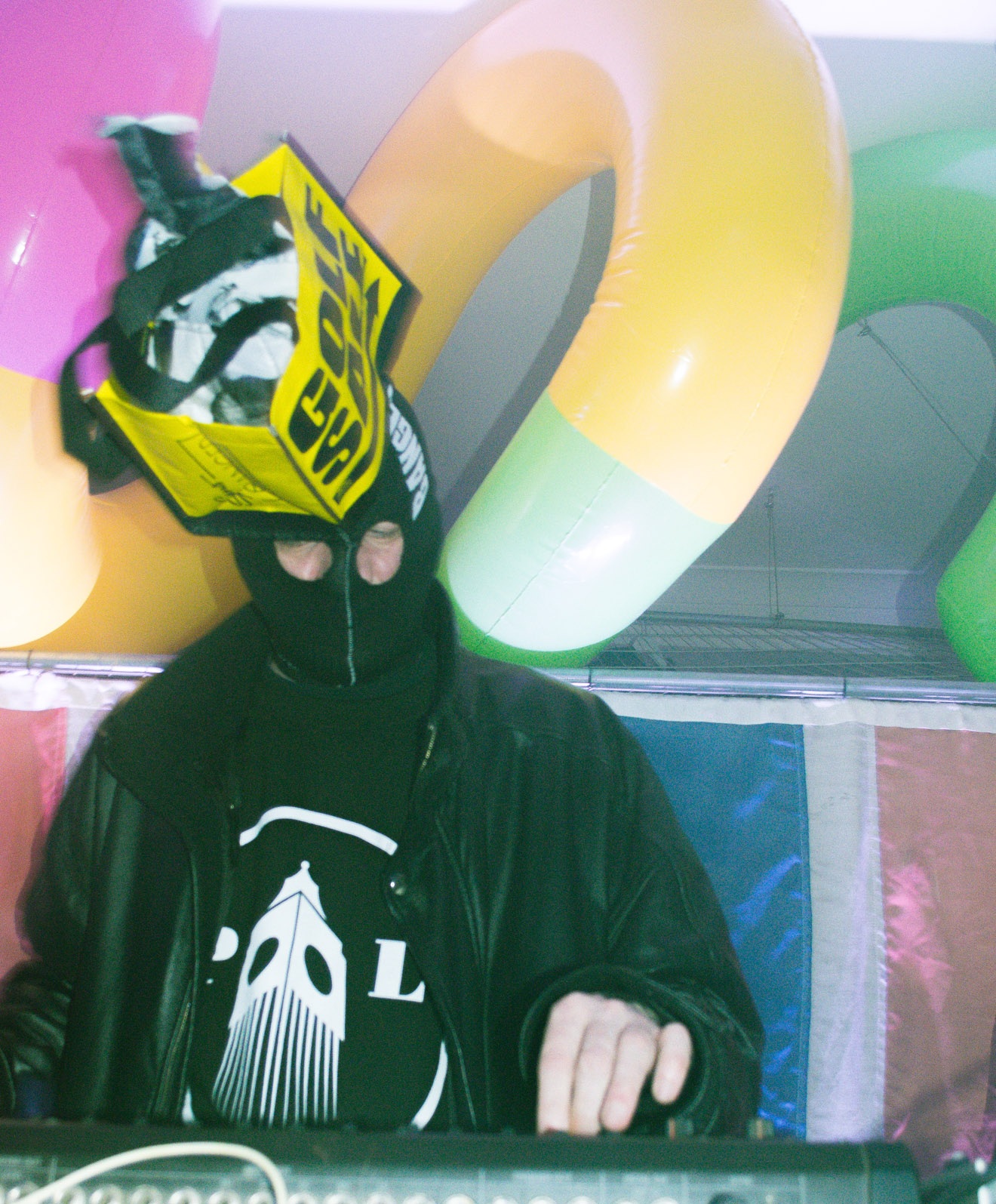 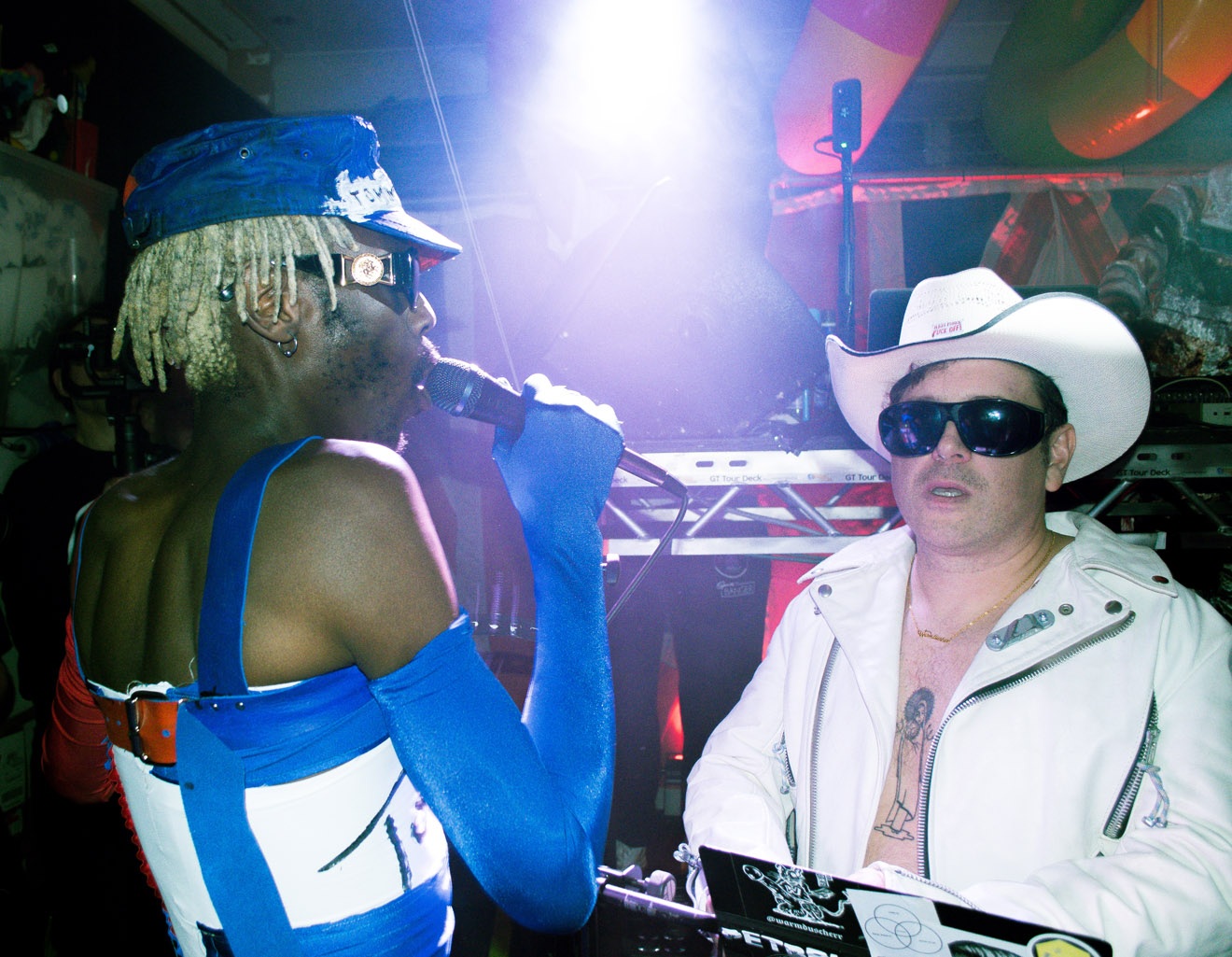 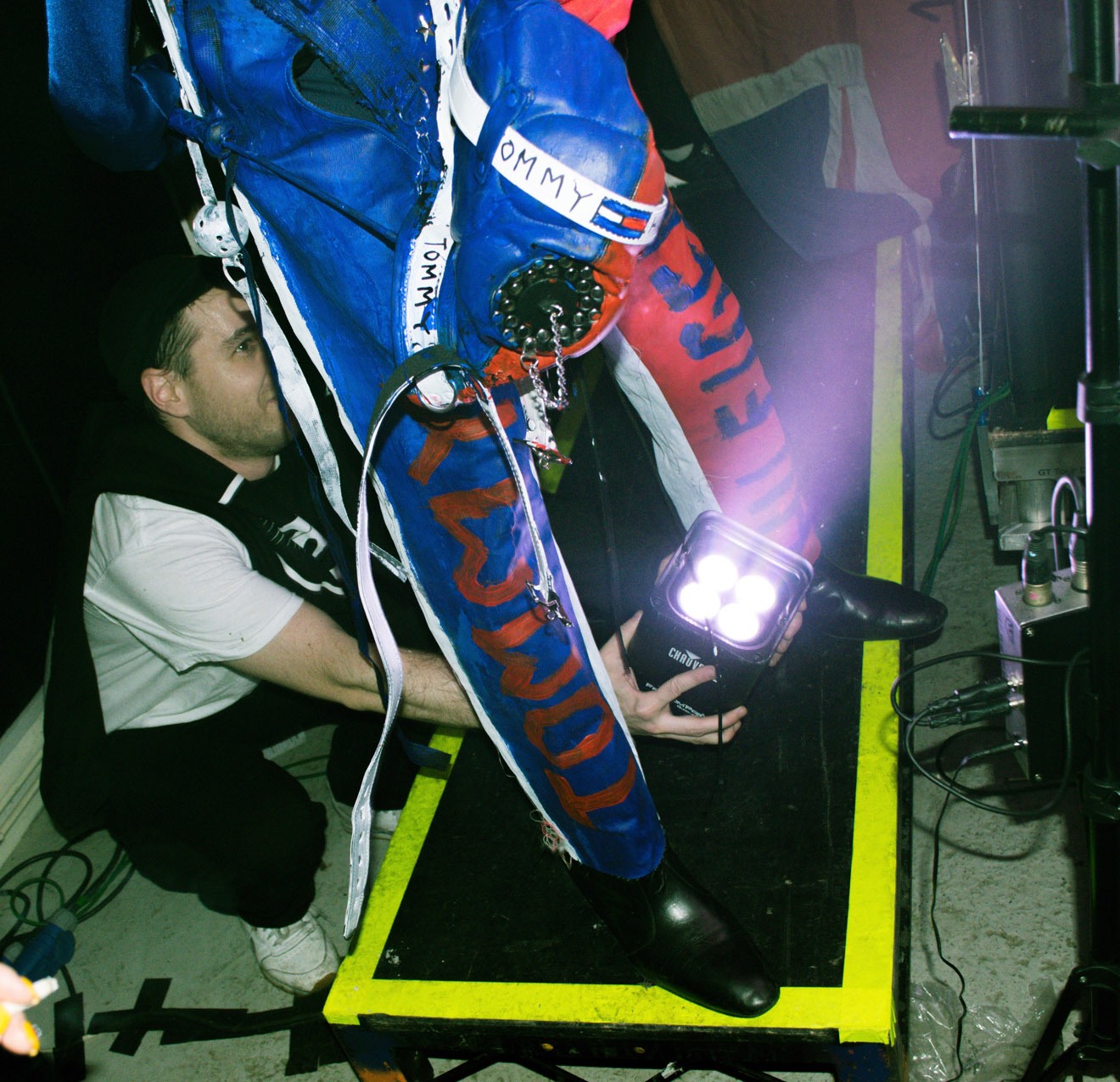 Caffe then modelled a second look that demonstrated some hardcore bootleg dexterity. To commemorate the Hilfiger London debut show from 20 years ago in true subversive style (and notably on the same night as the S/S 20 Hilfiger show) Banger made a tribute to the brand in his own way. Approaching designer Max Allen he asked him to re-create the famous “Aaliyah 90’s look" but to “Fuck it up”. The result was dubbed by the designer as “Bootleg Hilfiger but Gay sex”, complete with a jock strap, gimp mask and leather spiked cod piece. All the while, this was being soundtracked by the big acid basslines, for a scene reminiscent of the beautiful, black, LGBTQ history of Chicago house scene. 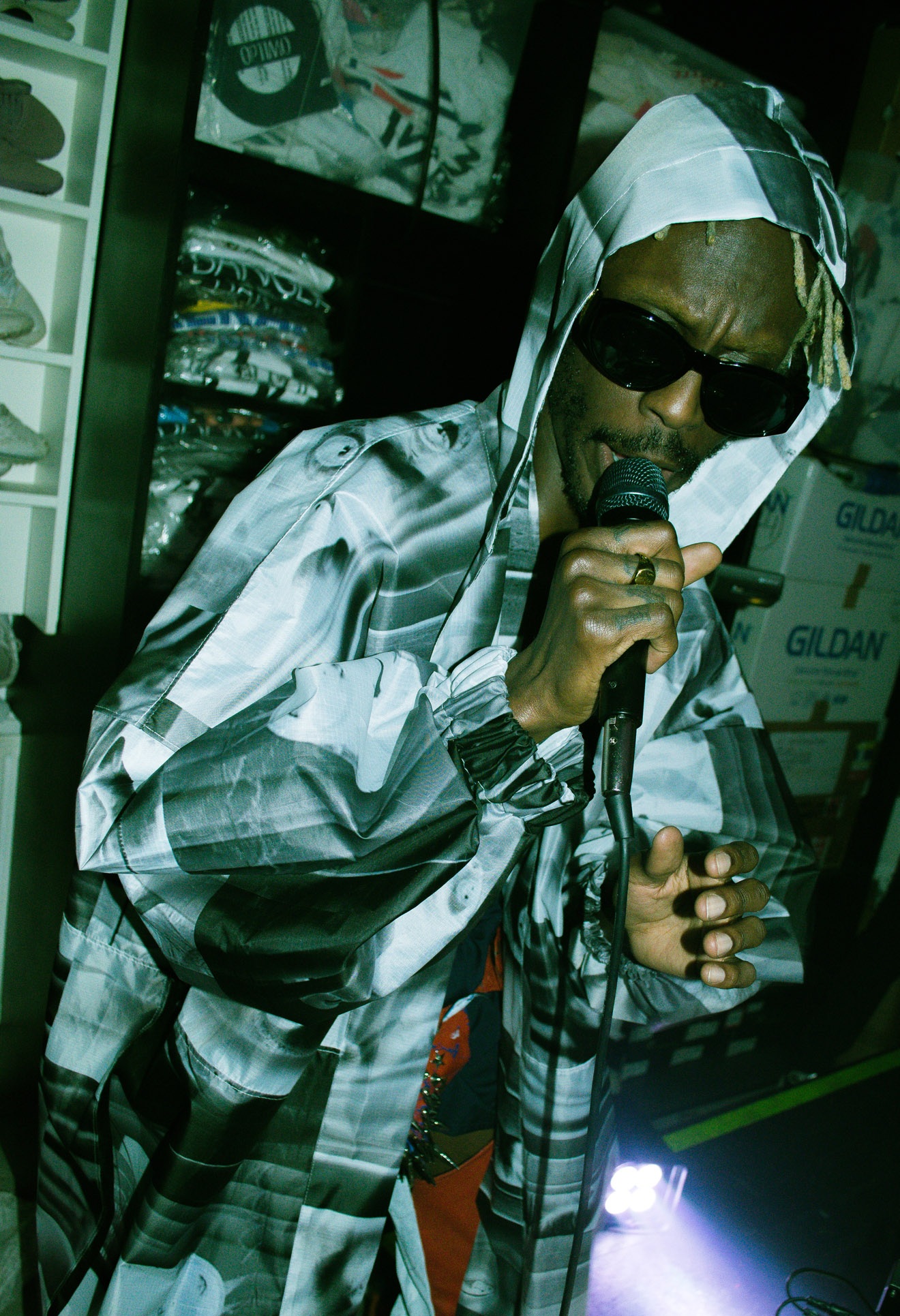 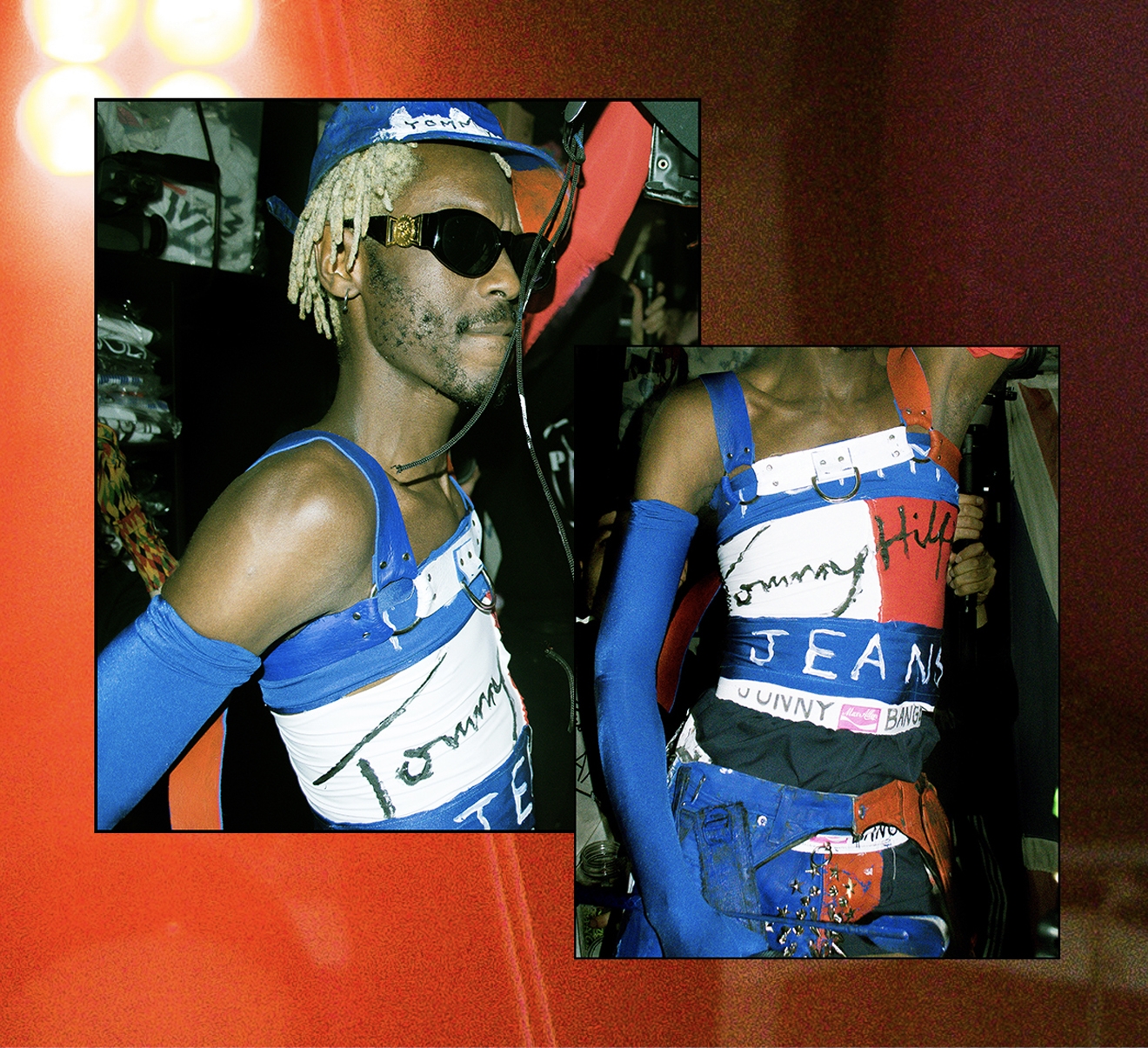 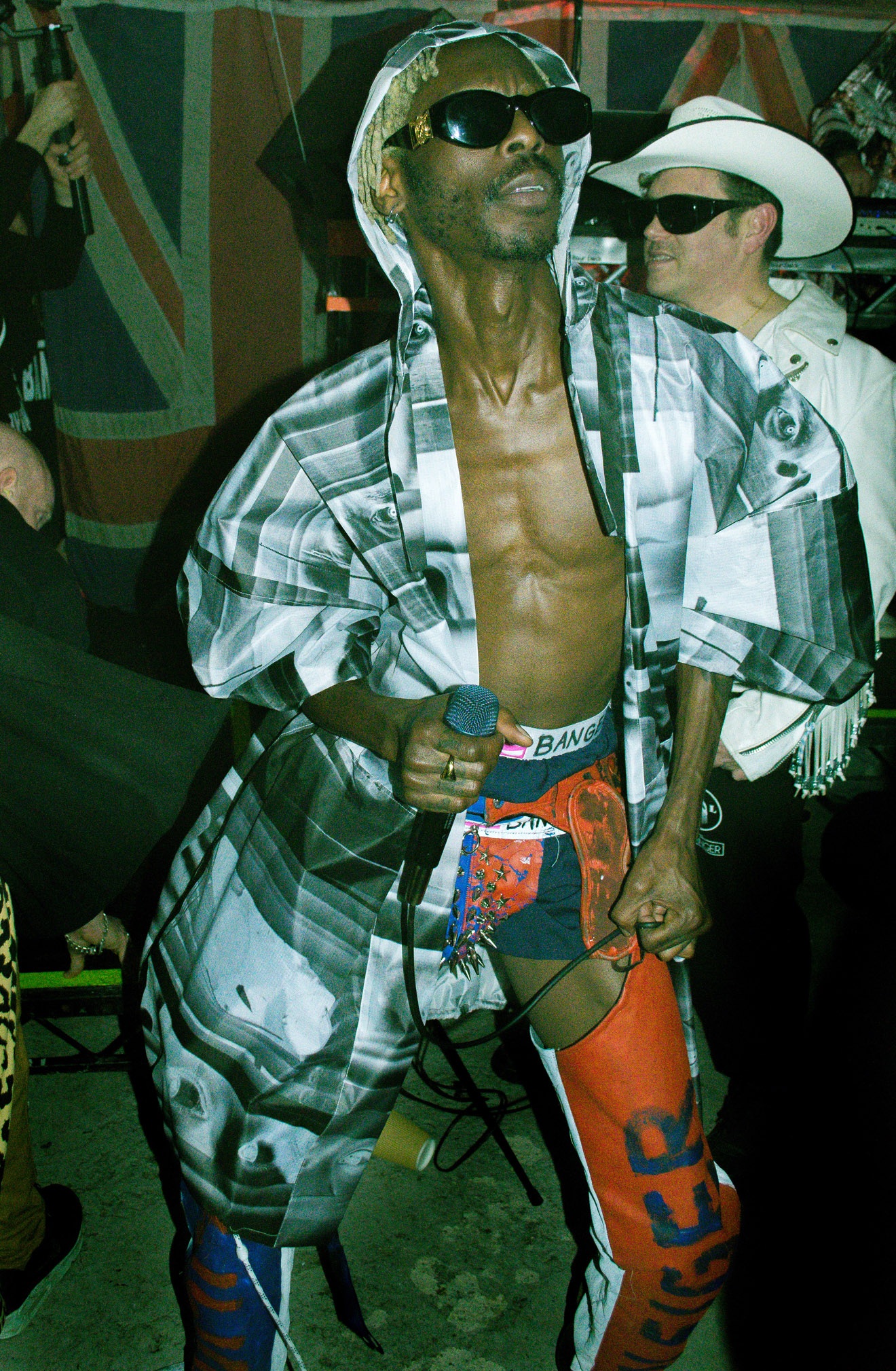 The show ends with Jonny himself reluctantly on the mic with a vodka soaked crowd cheering him on. Keeping things to the point in true Banger style, Jonny wraps up the show with a simple: “This ain’t a fashion show; it is what it is… now play some records init.”

Rebelling against fashion’s sense of self-importance, this evening testified to why Sports Banger continues to hold the crown for throwing the vibiest showcases that are undoubtedly closer to raves than to runways. 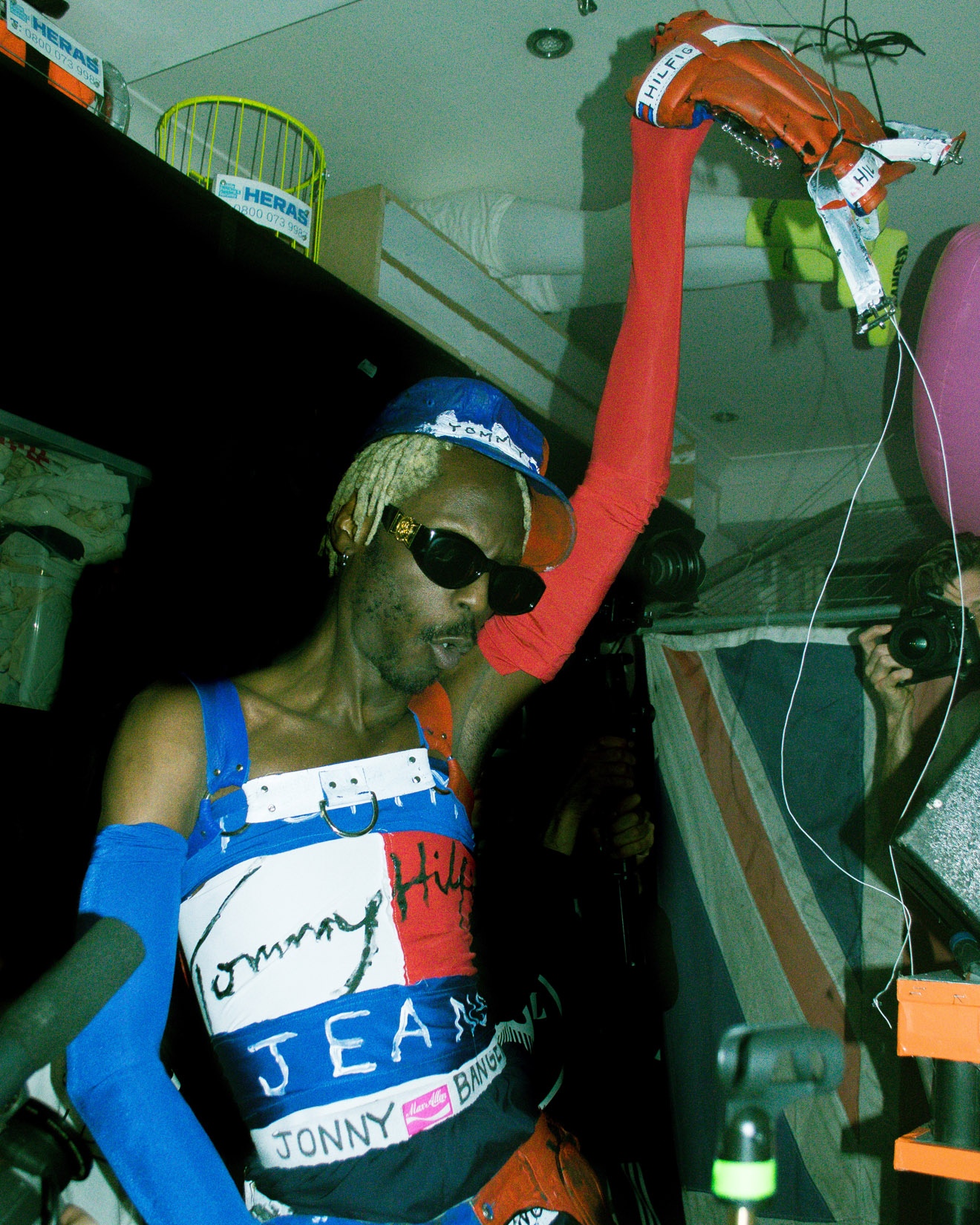 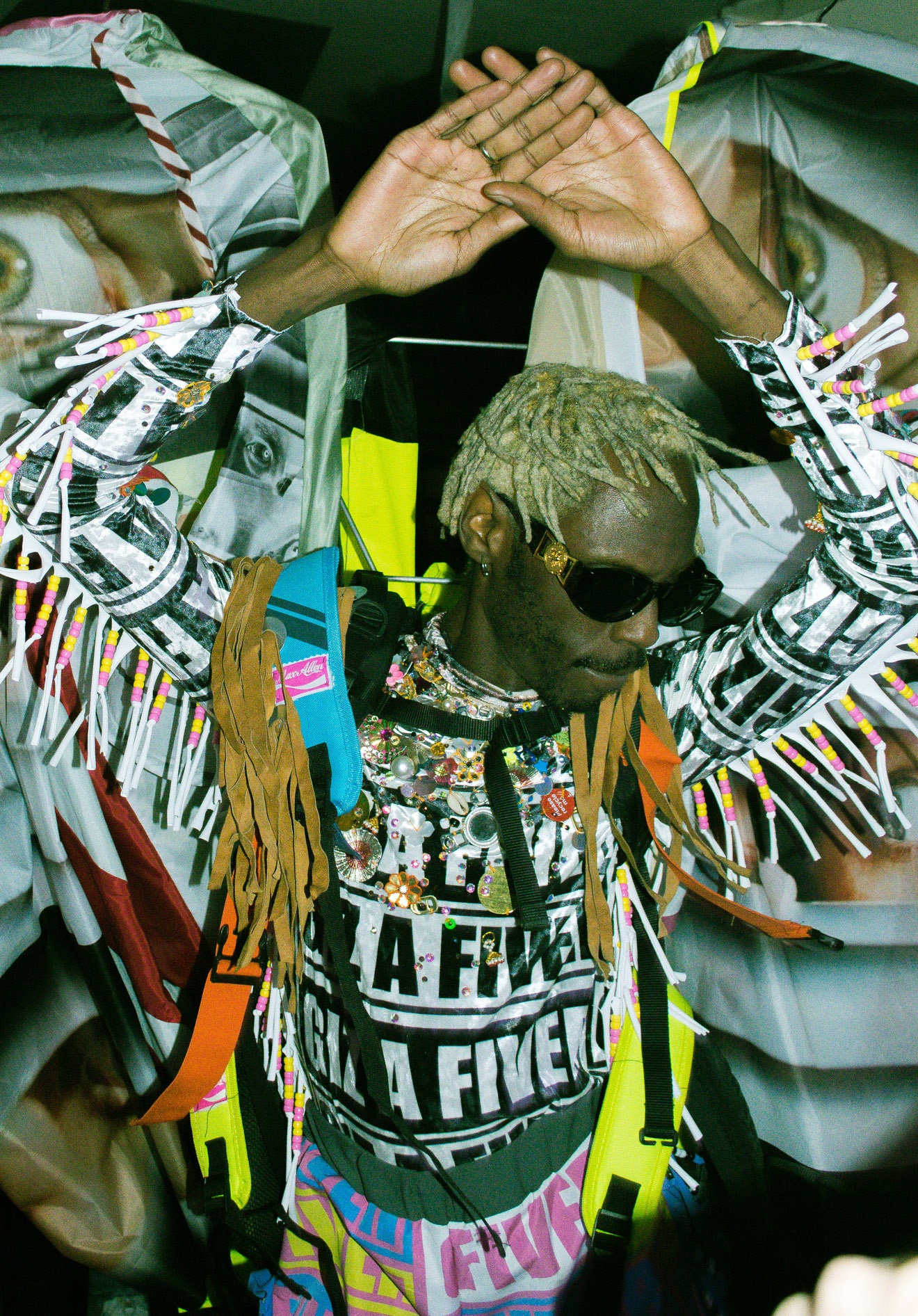 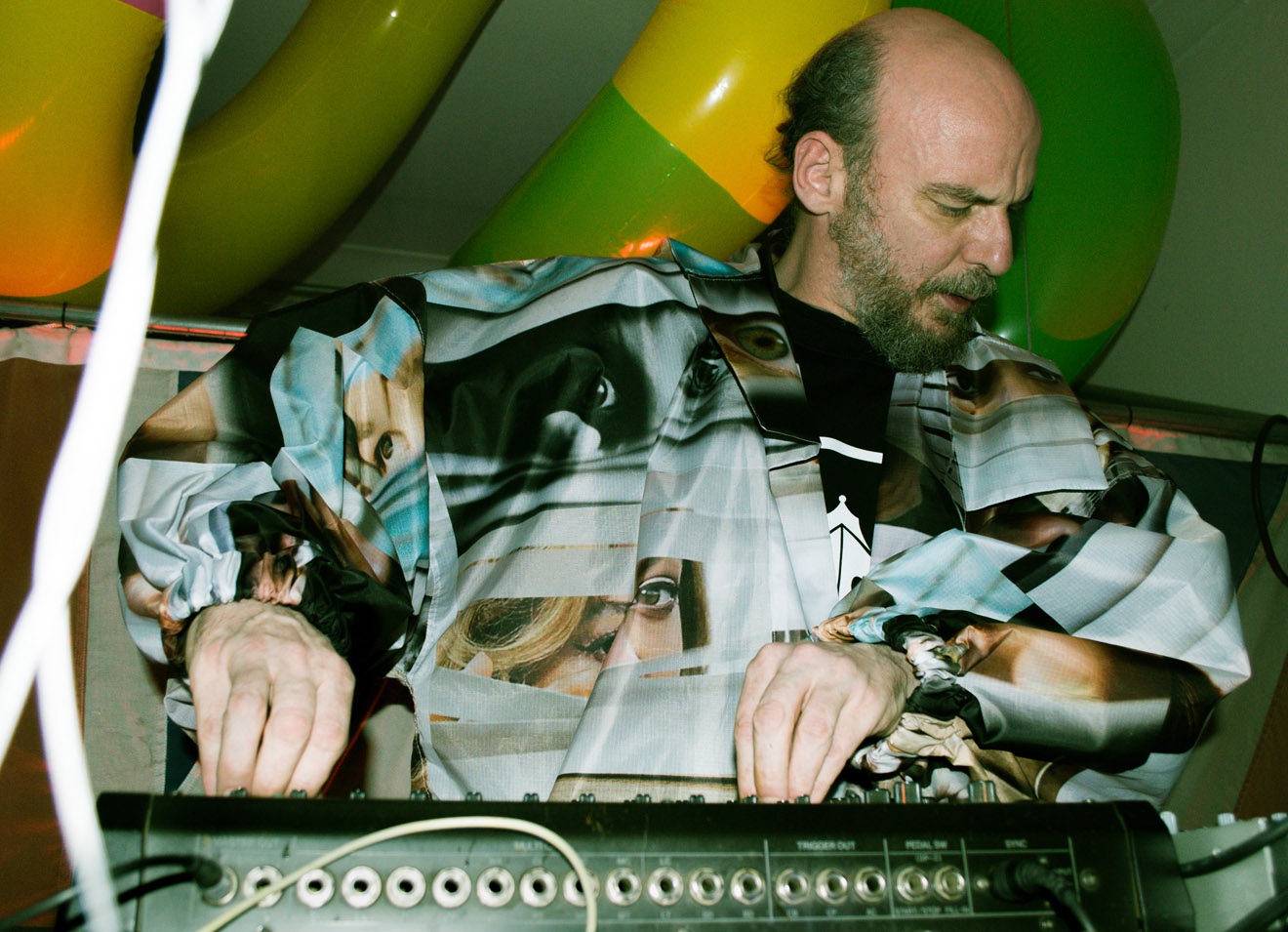 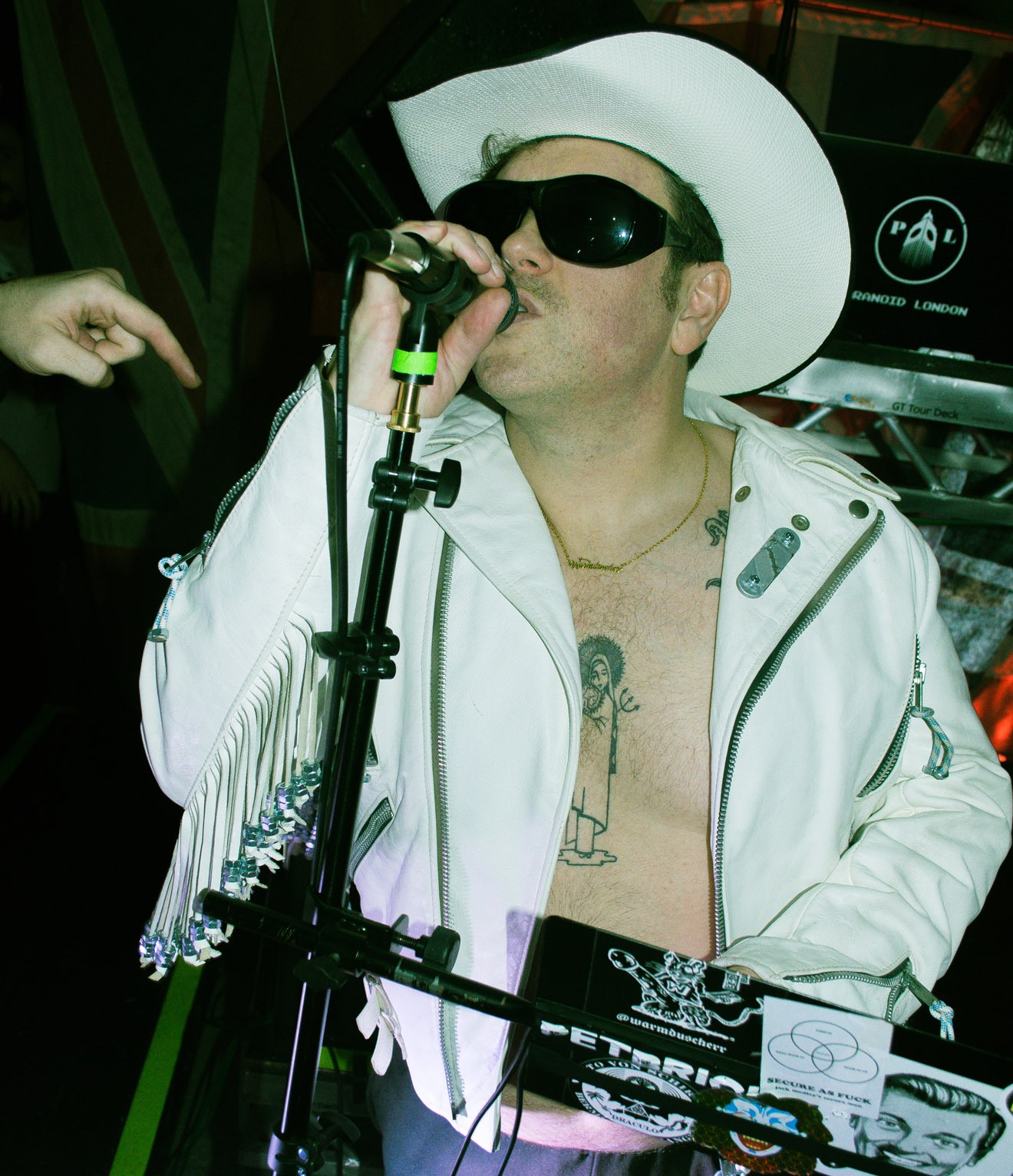 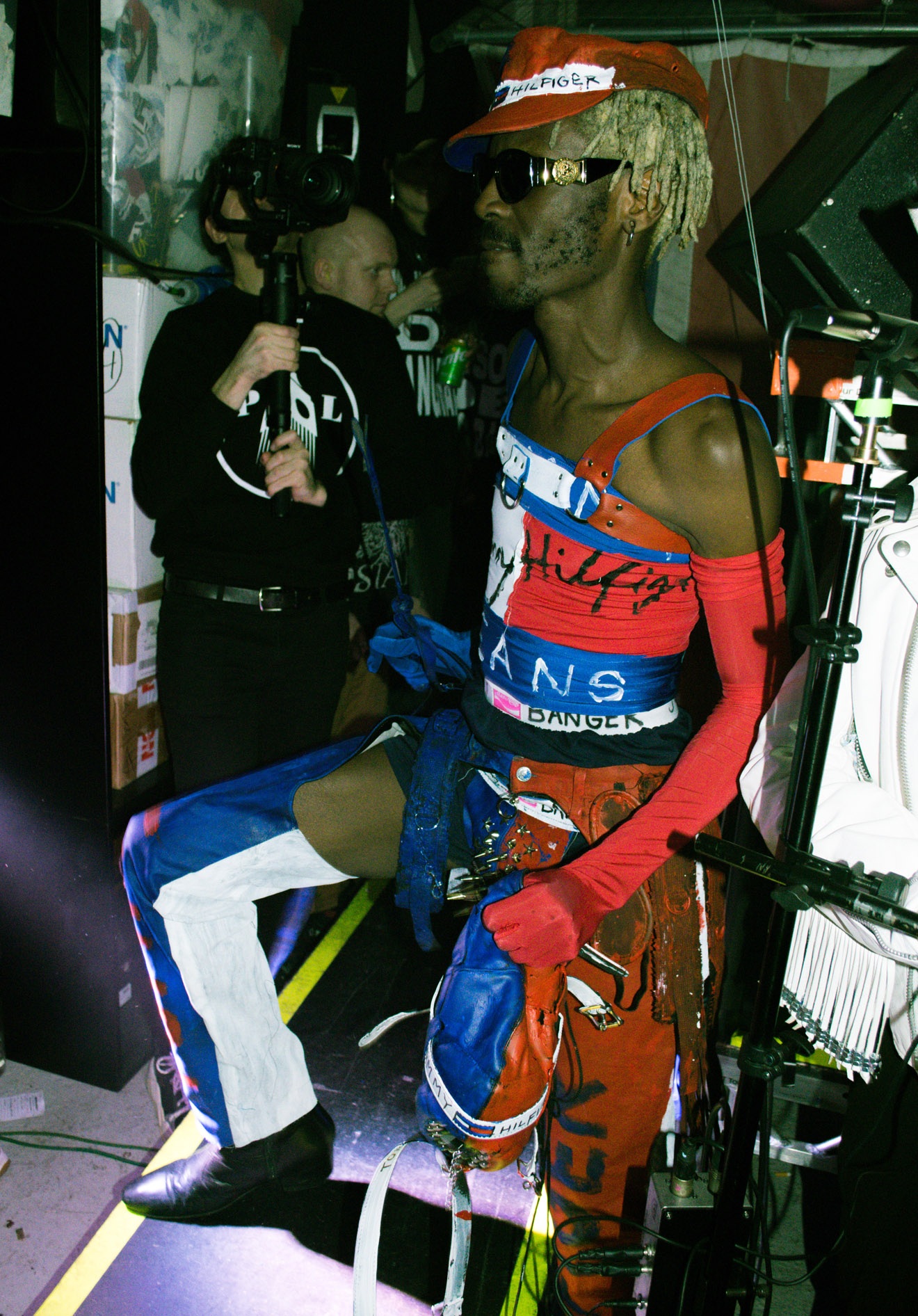