Sofia Kourtesis charmed the world with her 2021 breakout EP ‘Fresia Magdalena’, a dreamy house-inflected release that is as uplifting as it is full of momentum, starring lead track ‘La Perla’ as a sparkling highlight. The release is a tribute to many different forces for change in Sofia’s life: her father, who passed away a couple of years ago; and Sarita Colonia, an unofficial saint of Lima whose image graces the EP cover. She’s usually based between Berlin and Lima, though she’s currently on an extended stay in Lima. “When I’m here, I’m always a better creator,” she enthuses. “The city inspires me so much with its diversity of culture and there’s a lot of music composers and singers here who represent their culture, for example the Afro-Peruvian culture. I’m trying to breathe the city into myself, and it’s beautiful. Right now, it’s summer so it’s more colourful, the grey moments are gone, and you feel like a little flower that’s growing out and putting up – how do you call it? Leaves!” She laughs. “Shit, I was trying to be metaphorical and I lost my English again!”

Read this next: The Cover Mix: Sofia Kourtesis

Sofia Kourtesis is just as warm and inviting as her music. Her latest single ‘Estación Esperanza’ (featuring a sampling of folk punk artist Manu Chao) maintains the same sonic spiritual world of ‘Fresia Magdalena’, with a pulsing, jangling beat that propels you forward into the next instant, maintaining momentum and constantly pushing forward. Sofia says that the single is her trying to catalyse her feelings and put them into music. “I think I always have to leave my own little bubble that I’m still living in; I’m trying to be in a world of dreams but also reality, and this is the way that I try to protect myself: by not making it all about, oh life is shit, but try to find hope.” For her, this way of making music is a way to protect herself from the difficult things that have happened in her life outside of music, like her dad’s recent passing and her mum’s extended period of serious illness which left her hospitalised for three months. In this context, Sofia’s musical world makes a lot more sense, as though she’s simultaneously protecting herself from and attempting to process difficult things happening around and to her. 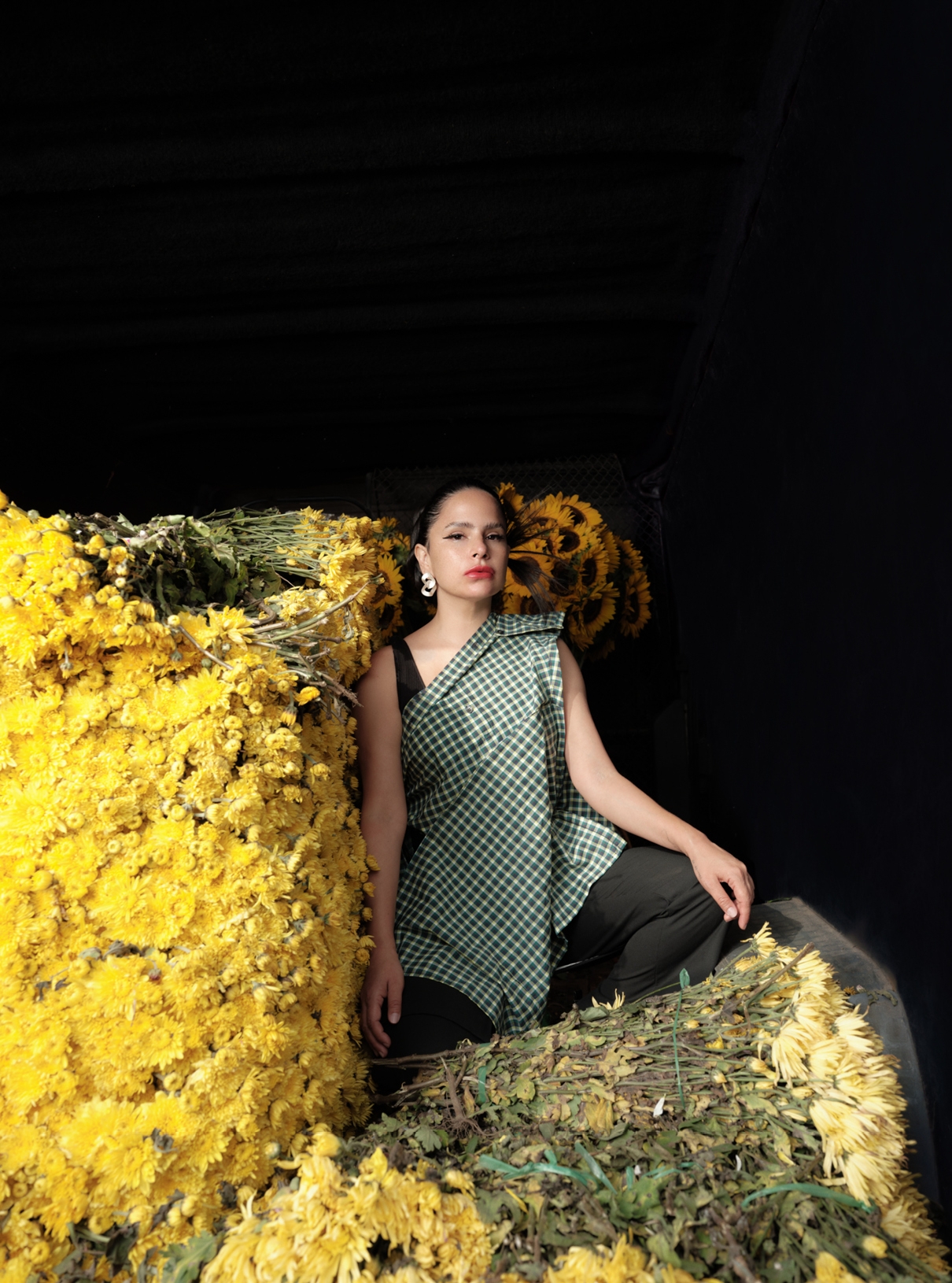 Sofia’s own vocals on the track are complemented by the opening sampled shouts, which are taken from three different protests that she attended in the past year in Lima. Peru has been through a turbulent political period, with four presidents taking power from November 2020 to July 2021. Beginning in November 2020, there were large-scale protests across Peru against the removal of the former president Martín Vizcarra by Manuel Merino in a move largely recognised as a coup d’état. The protests were organised by teenagers on social media and were some of the largest Peru has ever seen. Intermixed with the protest cries of the country’s dispossessed and disillusioned youth are the cries of women protesting lenient sentences for feminicide that Sofia recorded at another protest, and of Indigenous communities calling for a change in mining and oil practices.

Read this next: "A tool for protest": DJs from the Global South are fighting oppression with music

“I know that sounds very political,” Sofia says, “but for me, there are a lot of activists and they need more voices to represent them somehow. I can’t be in the streets but I can try to be with them through music. I don’t have so much time to be there and do the main work that is fighting against all these horrible things, but I try to give my little bit by representing them in the small way that I can do: by creating some music that is talking about it.”

Sofia is adamant about her place as a producer and artist to create change for the better. Before the pandemic, she conveys a sense of guilt that she was creating music just for herself and taking all the benefits that came with it for granted. “Sometimes we [musicians] are not aware what kind of privileged and superficial life we used to live before the pandemic,” she says. “It’s like we got slapped in the face and brought back to reality.” She says, “I hope that somehow we can use the industry to create more awareness, no matter if it’s about mental health, the environment, politics. It’s not just about going to a festival like, music is so cool and I get drunk and have a great time, but also to be responsible, like ok I’m having a great time, but I’m also thinking of other things. You have to reflect on yourself. One of my main goals is to somehow be more compassionate and create awareness as a musician on tour.”

Read this next: The politics in the productions

She hopes the message of her music will bring comfort to those currently experiencing hardship, whether political or personal: “I hope I can change one person’s ideas or the way they think by touching them through music. I don’t see my music as only a song that you would play at a club or a festival. I want to touch people and I try to make some awareness about the bad things happening in life.” 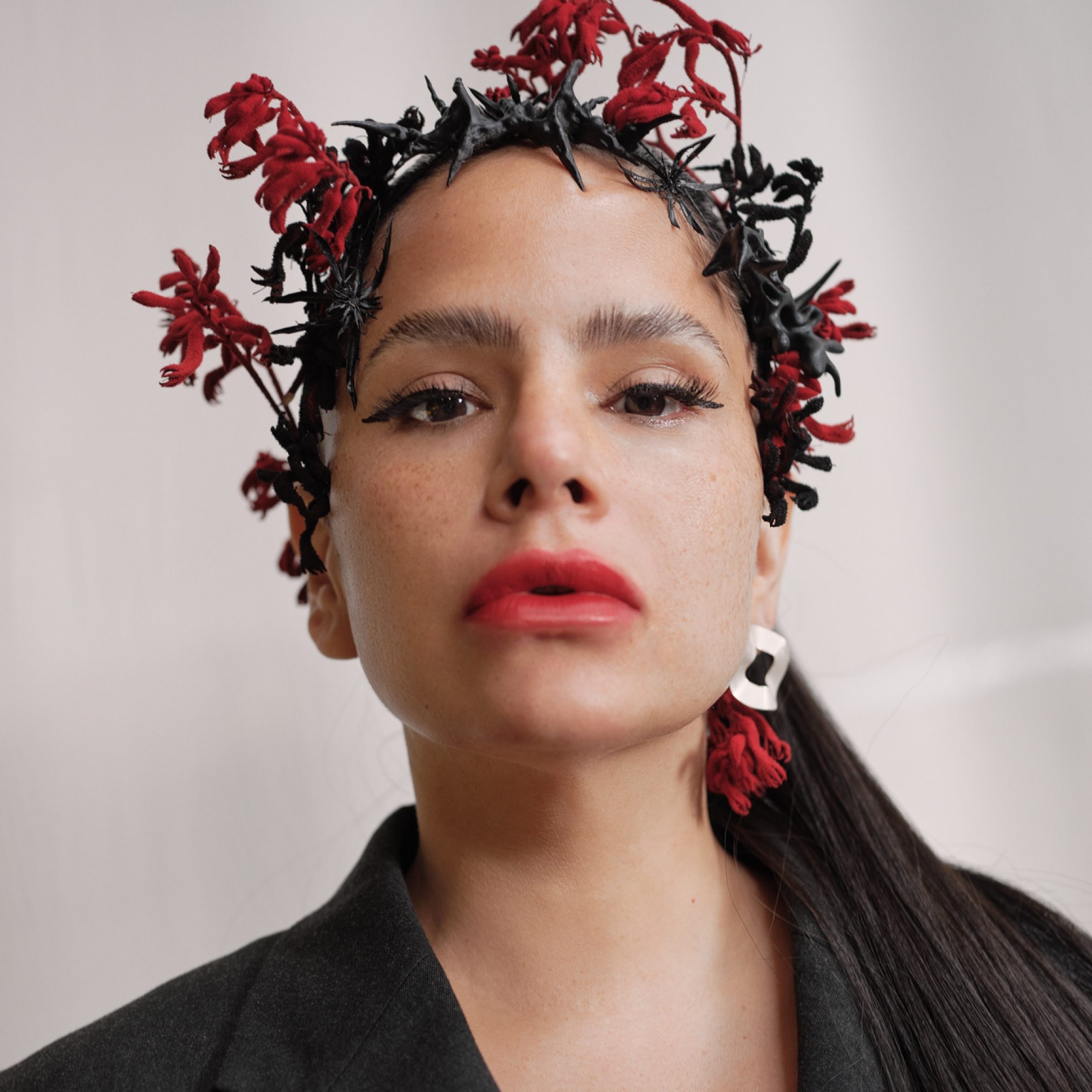 From talking to her for a very short while, it’s immediately clear how heavily Sofia feels the weight of her will to create change in the world. Switching off from a large-scale calling to deal with things happening in her personal life, like dealing with her own feelings around her mum’s illness, is very difficult.

“It’s like a big heavy thing in my bag sometimes and when I’m here in my mum’s home, I try to decompress and do little things like watch a movie, read a book and escape, but it’s very heavy. Even when I’m writing music, I need it to be somehow personal and also have something to say. Creating music in the past was very fun, but now I’m questioning how to find the right balance. I’m still trying to figure that out, but what I’ve learnt is that when I need to comfort myself, I can call my psychiatrist, go for a walk, swim, surf, or just surround myself with really good people, eat some healthy food and eat some chocolate.” 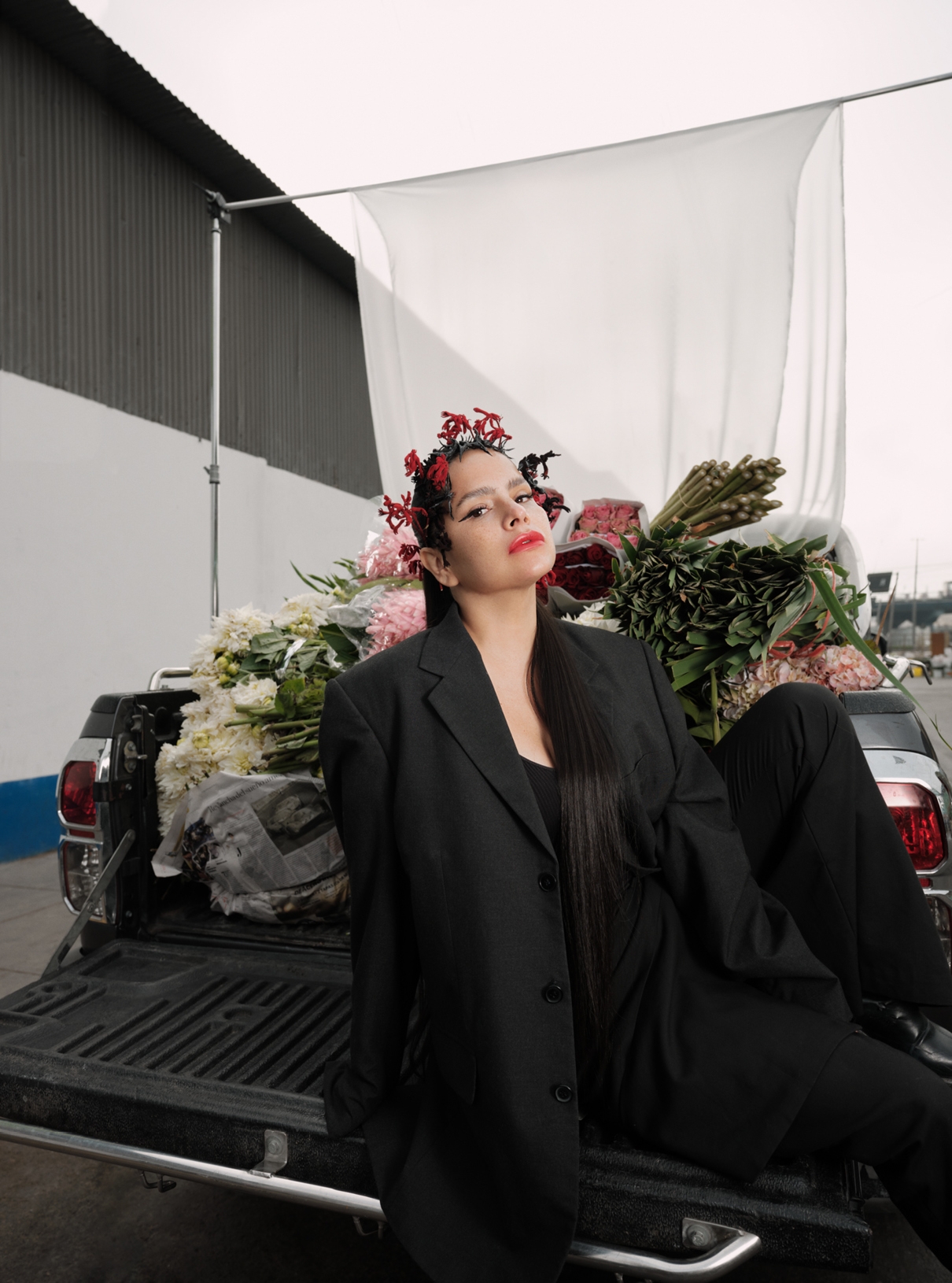 Keeping herself grounded has been essential in the past year; the attention that ‘Fresia Magdalena’ has received from both press and fans alike has been overwhelmingly positive, but it always feels like a privilege to Sofia.

Read this next: Latin American culture is the driving force of Nicola Cruz's music

“I’m so lucky that people want to listen to what I needed to say and how I was feeling,” she says. “I wish I could find a word to transmit what I’m feeling, I want to cuddle all of [my listeners] when they write to me, and take them by the arm and say they’re going to be fine.”

Sofia’s musical success is intrinsically tied in with personal difficulties; both ‘Fresia Magdalena’ and ‘Estación Esperanza’ are linked to her parents’ health issues for her, so it’s difficult for her to ride the highs. Instead, she takes what was her father’s approach to life: to remain as neutral as possible. That way, the lows don’t feel quite so low and the highs last for a lot longer.

Read this next: Highs and lows: A successful career in dance music isn't as easy as you think

“With my mum, that [mindset] really helped me a lot because I was trying to be neutral to make the right decisions. So I said, fuck it, I’m not giving up. The visualisation, to manifest that something is going to be ok, you don’t get so happy or so sad — you put your energy in the middle and just concentrate. So sometimes I try not to be so happy about the things that happen to me, but living in gratefulness and thanking God and the universe for the things of beauty that are happening. When bad things happen, I try somehow when I’m very sad and on the dark side not to stay there for too long just because it’s convenient, or sometimes it’s even more comfortable to give up and just be lost. In those moments, if you put yourself in neutral, you’re going to feel a balance.” 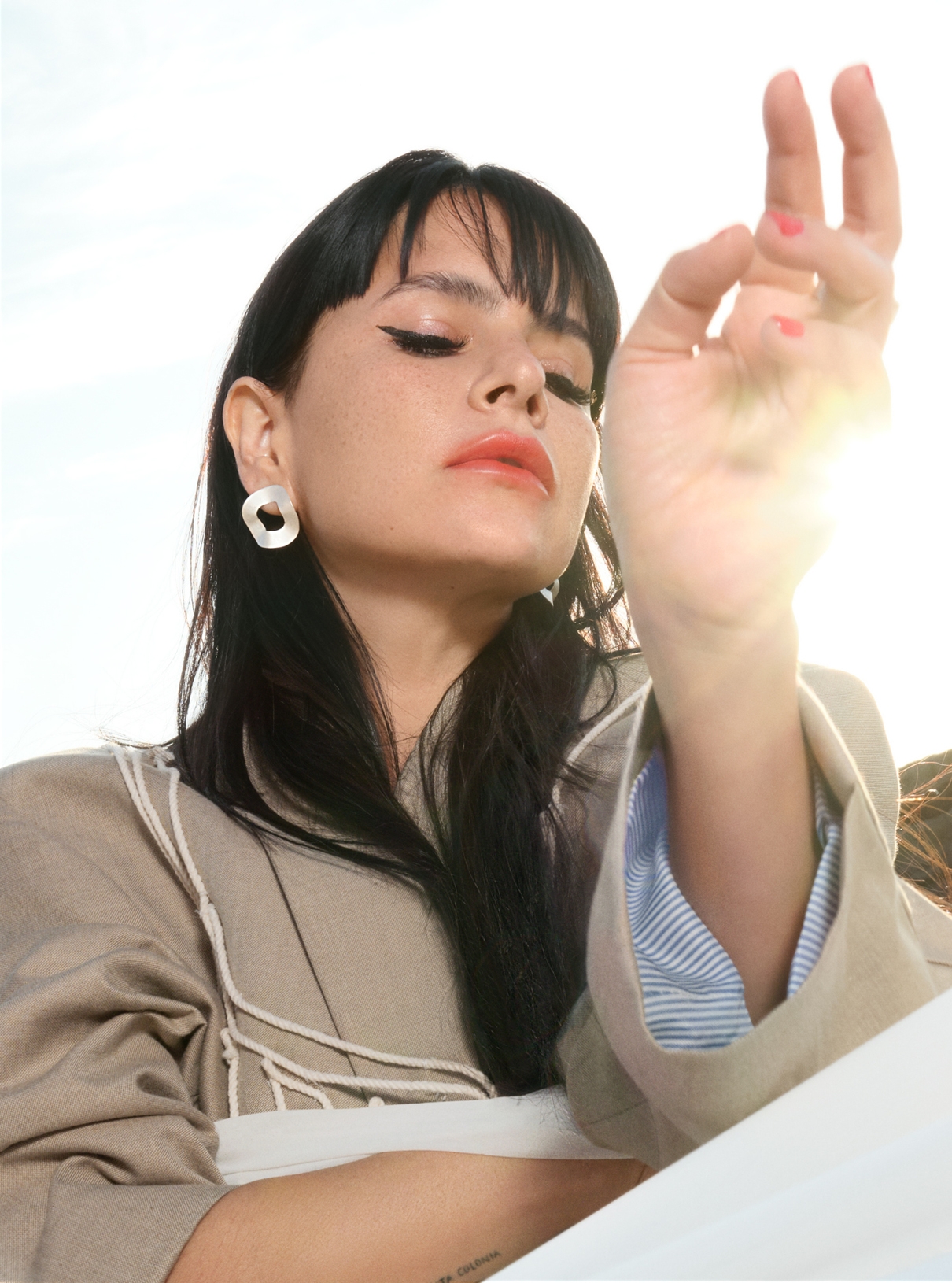 Sofia Kourtesis is incredibly sensitive to the world around her and to her place within it. As a producer and artist, she strives to use her chosen medium to make the world that bit brighter; as a person, she does this simply by exuding a positivity and light that’s so infectious that I come away feeling buoyed after just an hour of conversation.

“It’s about giving back the happy things to other people in order for them to somehow come back to you in time. I’m seriously not a hippy or a very spiritual person,” she laughs, “because after the things that have happened to me I try to be very rational, but I think [it’s about] an exchange of energies.”

Sofia’s new single ‘Estación Esperanza’ is out now via Ninja Tune, get it here 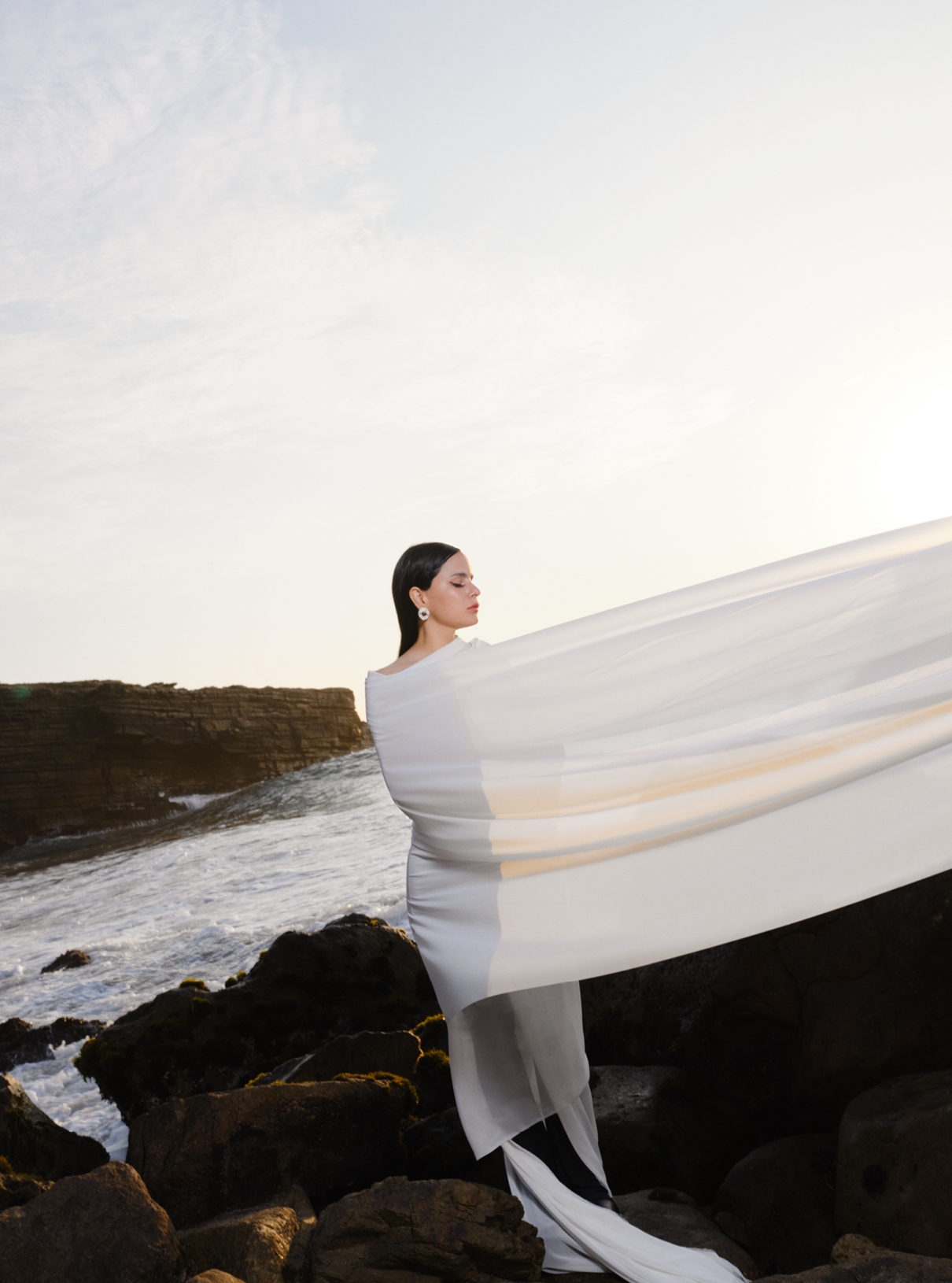