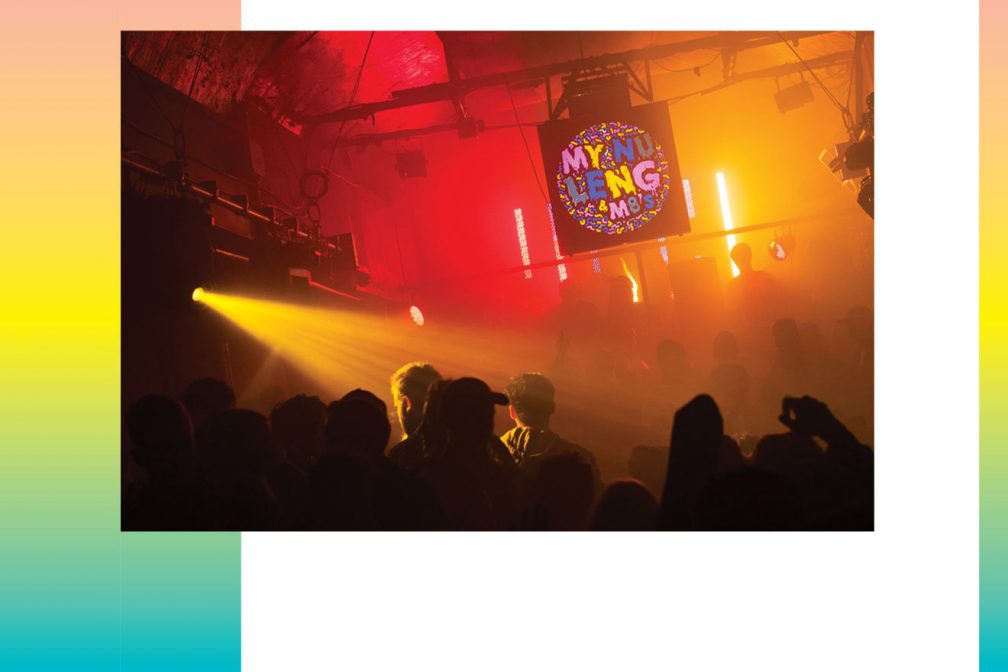 The hedonism might have been relentless, but it was disguising a much larger problem: Tommy and Jammo were in a rut. They’d both dropped out of uni, Jammo was stuck working a series of dead-end credit control jobs, and Tommy had been sacked from JD Sports for nicking trainers. To them, DJing and making music was just another way to avoid the real world. “It was probably a good thing that we got kicked out that house, because we needed to grow up,” Tommy says.

After putting out a few tracks with now-defunct underground labels like LNUK, a breakthrough came in 2012 with ‘The Grid’. The track demonstrates their approach to production: dark and heavy-hitting, but with a subtle emotional heft. “That whole bass/house thing wasn’t being done that much back then,” Tommy recalls, “We tapped into something.” It blew up seemingly overnight, with everyone from James Zabiela to DJ EZ to Eats Everything playing it, and My Nu Leng were soon picked up by Black Butter for anthems like ‘Contact’ and the gargantuan ‘Masterplan’ with Manchester MC Fox.

These tunes put My Nu Leng on radars, but it’s their DJ sets that sealed their reputation. Down at the club later that night, the bassline of Double 99’s speed garage classic ‘RIP Groove’ tears through the crowd’s collective ribcages. The audience is young – most look under 20 years old – and they’re all extremely enthusiastic. My Nu Leng have curated the line-up, bringing mates like Klose One and New York Transit Authority to play. At about 5am the lights come on but the music continues, with all of the DJs throwing an impromptu B2B session together. Dread MC jumps into the crowd and Jammo follows, each taking turns on the mic. It’s carnage, in the best possible way.

“Our focus since we started has been to have fun,” says Tommy. “We’re lucky to be doing what we’re doing, and we’re gonna have fun doing it.” That sense of fun is carried right down to their name (‘leng’ is slang for ‘gun’). The name caused a few issues – at first they had trouble getting producers they respected to take them seriously – but they have no regrets. “It worked in our favour,” says Jammo; “It showed we may be serious about our music, but we’re not serious about the image that comes with it.”

Last year Tommy and Jammo toured Asia (including a messy week on a cruise ship with members of the Black Butter family for It’s The Ship!), and they even shot a documentary while touring India. For a sound they both emphasise is “so UK”, My Nu Leng are amazed by just how much they’ve been accepted internationally. “The fact that we get played anywhere abroad shocks me,” Tommy says disbelievingly. “Let alone playing tours all over the world.” When Ed Sheeran and Rudimental went on a big US arena tour they took them along to play the afterparties.

“Taking My Nu Leng on our US tour was an amazing experience,” says Rudimental’s DJ Locksmith. “We had the opportunity to witness their creative and performance abilities first-hand. Mindblowing – and bass-blowing. We’re massive fans. I can’t wait to see what lies ahead for them.”