Drawing a link between DJing and culinary skills might start and end with jokes about ‘dropping the beet’ in the minds of some, but Slowcook sees a deeper connection. The Chinese selector views hot pot as her spirit food. The dish can be enjoyed for five hours nonstop, as new ingredients are continuously chopped up and mixed in. “I feel like that's kind of my music style as well. I put everything in there, and then I see what happens,” she says. Equally comfortable shelling out BPM display-busting jungle and ruckus-raising acid as she is weaving a path through trippy, low-slung chug or upbeat jazz and disco, Slowcook has come to master a sizzling blend of musical flavours.

She spent the early years of her life in Yulin, listening to pop artists like Jay Chou, Jolin Tsai, Leslie Cheung and Gigi Leung, before moving to Xi’an on the cusp of her teens and discovering emo and punk while at high school. As her studies became more work intensive and important on the road to higher education, her parents cut off internet access. Arriving in Beijing for university aged 18, “it was like a whole new world had opened through the internet.” Indie rock, disco and Chinese dance music became new discoveries.

Moving to Leeds to study a Music Management Masters extended her tastes further. Hearing Gloria Ann Taylor’s psychedelic soul classic ‘Love Is A Hurtin' Thing’ at an Audio Chronicles night in a venue called White Rabbit sparked an obsessive three day ID hunt, leading to her first ever record purchase. Opened up to the world of vinyl collecting, she fell further down the rabbit hole into the vast world of dance music.

Leeds’ nightlife offered a wide range of parties to enjoy, but her key musical influences came at student house afters. “There was sometimes 10 or 15 people in the basement holding different records waiting to play. You could hear anything, and play anything,” she recalls. Soon her bag was filled with minimal, house, techno, disco and acid, and soundsystems across Leeds began taking a battering.

After first earning a residency at local charity-focused night Brudenell Groove, she co-founded the Equaliser collective in 2017, aimed at redressing gender imbalances in music through DJ workshops and parties promoting women, non-binary and trans people.

Now based in Beijing, Slowcook is a resident at Zhao Dai, and has played alongside the likes of Batu, Ploy, Jayda G and Ciel there this year, the latter as part of a five-date Equaliser presents Ciel tour of China. While in Europe for summer, Slowcook has also debuted on NTS alongside holding down a Sable Radio residency, played London spots The Pickle Factory and Lion & Lamb, and made her Berlin debut at ://about blank.

Listen to Slowcook’s exclusive Impact mix and read a Q&A below. 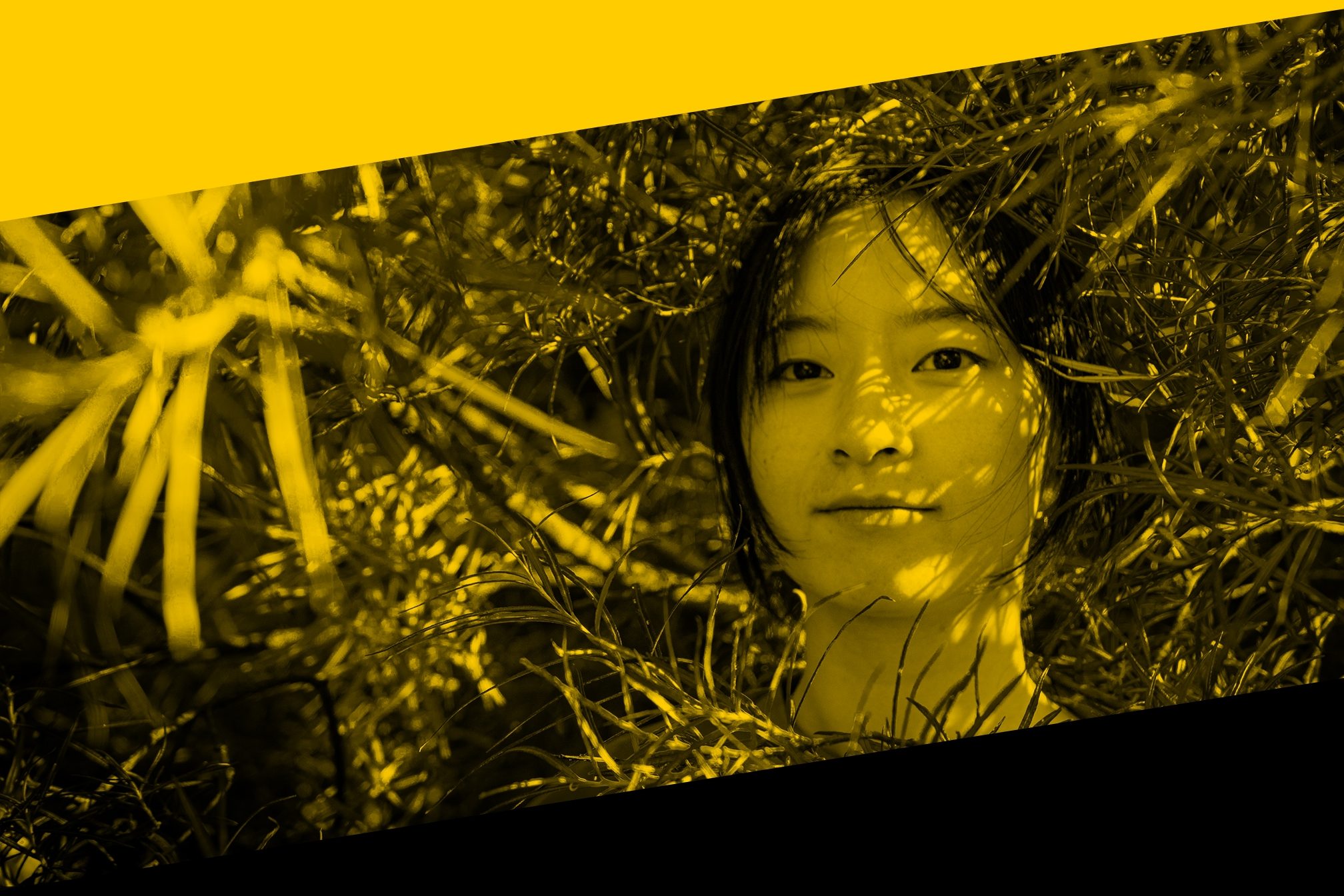 You play a range of styles. What draws you to the music you play in DJ sets?

I feel like it's both sides of my personality, or my feeling about different aspects of nature, and day and night. Jazz and disco are the nice part, the day time, and then acid and techno are naturally like the night time. I get inspiration from daily time.

How has your upbringing in China and time in Leeds impacted your tastes?

I think the rowdy part of me is from nights in China, listening to punk and emo and going into mosh pits at rock events, while most of my dance music taste is from being exposed to everything in Leeds’ nightlife.

The noise, or the sound, you hear from your everyday life is also influential. Before Leeds I was listening to bass and trap, which died down a bit after moving. Now I've moved back to China it’s coming back again. Leeds is a relatively quiet, peaceful city compared to Beijing, and you just want something really chilled out. When I'm back in Beijing there's lots of tension between nightlife and the government and lots of pressure from society. It feels like Beijing is way louder and more bassy than Leeds, so it makes bass and the trap music come back to me again, because it feels so familiar.

Has Leeds been crucial for your route into DJing?

Definitely. I started collecting music and DJing when I was in Leeds. I have a lot of memories of that period, partying and having a great time. When I pick up music or play outside of Leeds, I'm always trying to recall those memories of my party experiences in Leeds and make them happen again.

Why did you set up Equaliser and what goals are you trying to achieve through it?

I set it up to balance the gender inequality in dance music by giving women, non binary and trans people this platform to learn and shine. My goal with Equaliser is helping people to find themselves, find a place where they feel comfortable and stop getting questioned about themselves and told how to be. I want to build something where people can feel like they have a place where they can discover themselves.

The long-term goal is we want to do some more events across the UK and in China. We want to do more DJ workshops and try to teach more people, not just young people, but also kids and older people as well. It’s passing around the fun, and also giving more to our parties.

You're also a member of charity-focused party Brudenell Groove. Do you think it's important aspect of nightlife to give back and have a positive impact on the community?

Definitely. It’s great because you're having fun, and then you're feeling good about it by donating. Now nightlife is a really big aspect of a lot of countries and people's lives, I think charity events are not only important to raise money, but also raise awareness among more people. It’s a really good platform and very effective way of sending out messages about issues, because every time there's an event there will be around 200-300 people attending. You can help by going to events, and also by going to events you learn about charities and you can help them further.

How has being involved in the Leeds DIY scene influenced your community-focused mindset?

I never really had the concept of community before I moved to Leeds. Even like two years into being in Leeds, I still didn't really get what that means. I knew 'community' - but what is a community? But in recent years, after I went back to China and compared my life there to my life in Leeds, I started to realise what community is and why it's so important.

When I was in China, I had friends and we'd just go shopping, eat in restaurants, or go watch a film. There were not that many fun group activities or a family vibe; it's like there's some kind of feeling you don't share together. That feeling of a lot of people gathering together, and maybe you don't chat to everyone, but you know everyone is enjoying the time and each other's company. It's comforting. It almost feels like you're back home. like you don't need to talk to your family members. You know you're all close.

Last year when I went back to China and discovered Zhao Dai, the new underground club in Beijing, I started picking up that community vibe again. 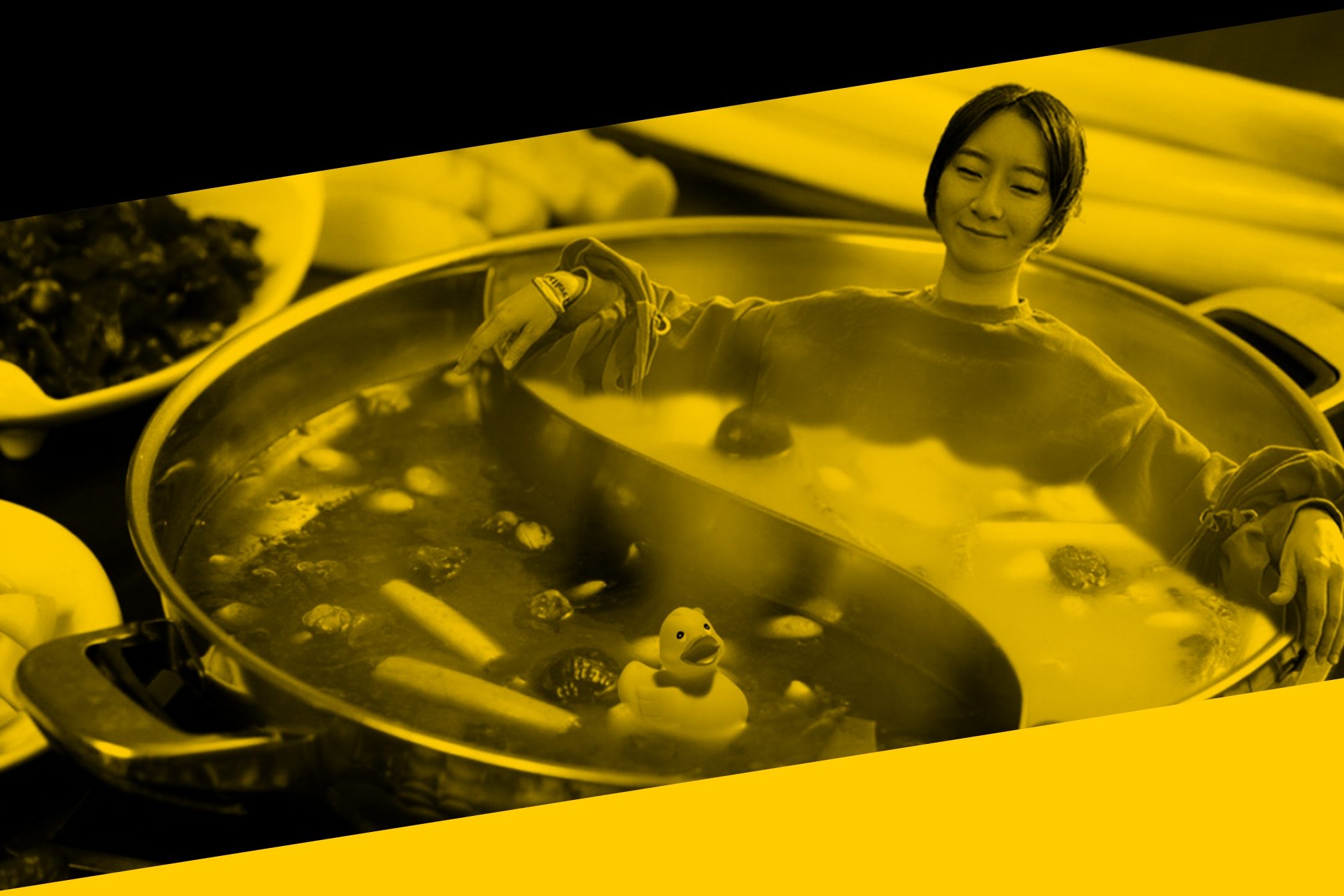 You have a residency in China at the aforementioned Zhao Dai Club. How did that come about?

Last year after I got back to Beijing I wanted to do an Equaliser there. A friend introduced me to the founders Zhiqi and Carmen to talk about Equaliser. They said ‘it sounds good, but we would like to have you play first so we know what your music is like’.

Yeah, literally a trial gig. But I'm glad - I passed it! That trial party went down well and we got to know each other, then I did Equaliser there. I think we had an instant click: this is the right club, this is the right person, we were each looking for. I was really happy to find Zhao Dai, they're purely loving good music and good parties. They're really trying to build a local scene. And at the same time, bringing a lot of really good DJs from other countries over to Beijing.

Can you tell me about the club and its role in Beijing?

There are three major underground clubs. One is called Lantern, another is called Dada, and then there’s Zhao Dai, which is really pushing the dance music scene in Beijing. They put on queer, LGBTQ+ nights, one called East Palace West Palace, and there'll be drag performers and a drag competition. They really focus it on being a safe space.

They don't only doing parties and club nights, but they also do an exchange. I'm currently in Berlin on our exchange with ://about blank, after ://about blank's crew came to Beijing in March. It's more like a proper club culture than just club nights. There's effort and thought put into it.

Alongside your affinity to hot pot, I've also seen your surreal food-based party art, such as the booty shaking farfalle pasta. What inspired this?

It happened at Farr Festival. We were at the Brilliant Corners tent at an after hours set where people were playing slow, chuggy, psychedelic music. After I fell asleep I had some vivid festival dreams with rows of pasta and bums lined up dancing. In the morning I was like, what is that! Why! It so doesn't make sense. 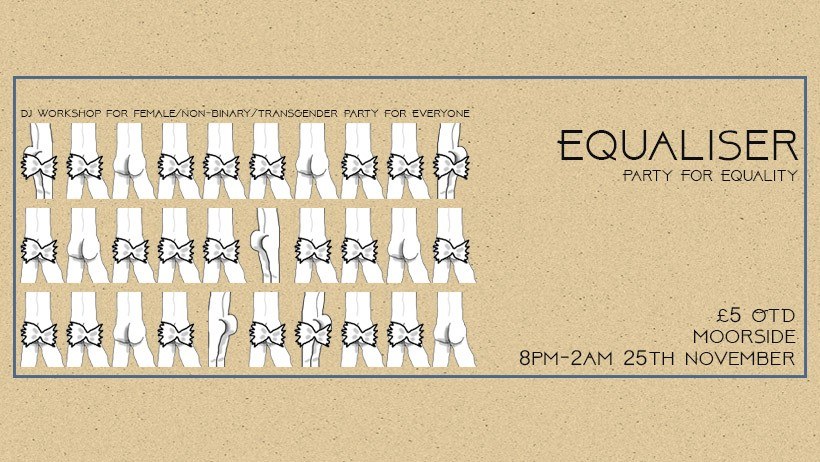 I'm glad it happened 'cause it's a cracking poster. What's next for your plans? Have you set your sights on any musical goals?

We're going to do Equaliser's second birthday events in October, we'll do a party and then on October 4 we're hosting an open decks plus open DJ workshop in Leeds’ Kirkgate Market next to the butchers and soup stalls. It's going to be something we've never done before.

After that, we haven't confirmed the date yet, but we're going to do a hot pot party. It's going to probably be 60-80 people maximum, and people pay for dinner and then we'll have DJs playing as background music, before it slowly turns into a party later at night.

After I go back to Beijing this October, I’ll do a few more Equaliser events with guest DJs like CCL, Yu Su, D.Tiffany, and more. Then music production is my next personal goal, and just keep discovering and enjoying music really.

How did you approach Impact mix?

I was struggling a bit when preparing it because I was really trying to pick up records to make something that represents and sounds like myself. That process got me into thinking about and trying to understand what my sound is. Because I'm so influenced by the party scene in Leeds and a lot of my friends around me, when starting to DJ in this kind of environment, it's hard to identify who you are, and what your own preferences are.

At the end, I understood that, honestly, blending lots of my experiences with my friends and the parties in Leeds is part of myself. Being active in the DIY scene, with everyone helping each other and influencing each other, is where I’ve been inspired most; that’s part of me. So playing literally everything is myself, my style, and my preference.