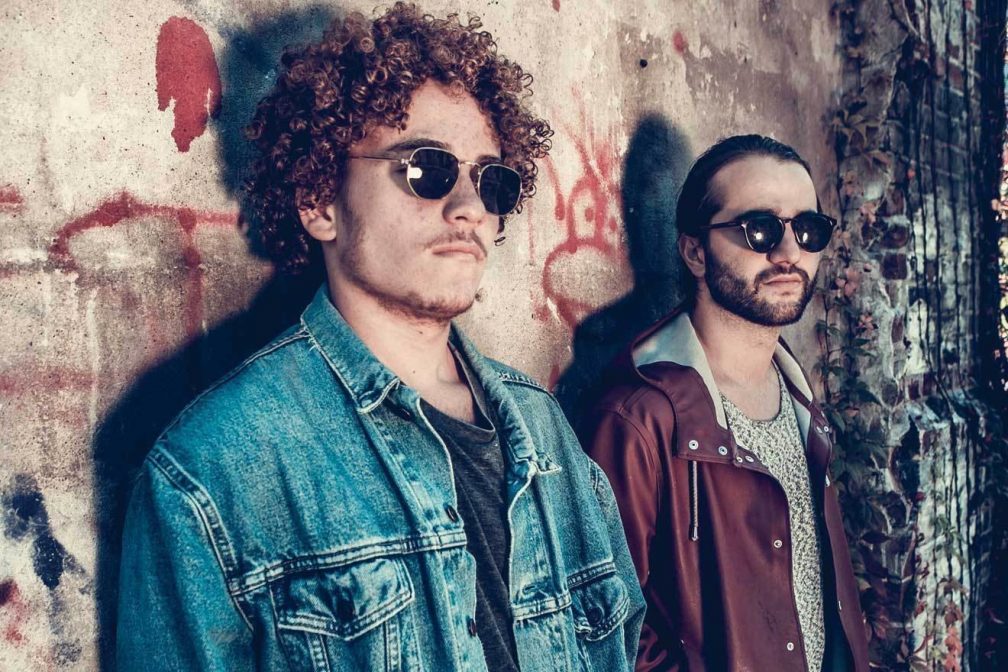 Annie: "ANOTR are two friends from Amsterdam in their early twenties who used to make music under the name Piotr & Zhan. They changed their name and their sound to be more hard-hitting; now it’s really solid house music for the dancefloor. I’ve been supporting their DFTD release heavily in my sets and shows."

In Autumn of last year a tune popped up on Defected’s DFTD sub-label that single-handedly began wrecking a multitude of very different kinds of floors. DJs on the case ranged from Armand Van Helden to Josh Butler to Carl Craig. It was a 4/4 banger pitched somewhere between techno and house but with diva-ish vocal snippets that recalled the high days of rave. Titled ‘Strobe’, it became the tune that put Dutch duo ANOTR on the map.

“Dance music from the Netherlands is mostly seen as Dutch house and EDM,” says Jesse van der Heijden, the coil-haired half of the pair. “I grew up with that kind of dance music everywhere, and I wasn’t really interested. It was only after I discovered techno and old-skool house when I was 17… it started from there.”

“Seeing Alan Fitzpatrick at Awakenings, that’s where it all it began for me,” adds his longer-haired, bearded partner Oguzhan Guney. “I also started to look up to guys like Joseph Capriati and Adam Beyer. It’s not our music but we really enjoy the vibe of it, and when do a closing set we play a lot of techno – it keeps the crowd lively.”

The pair have followed ‘Strobe’ with ‘Want My Love’ on Snatch! Records, and their bi-monthly Base night is becoming a fixture in the Amsterdam calendar, but they reckon the key to their future success is the fact they’ve spent the past year stacking up reams of tracks, made especially for their own sets.

Both 21 and still students (Jesse’s at a music conservatory and Oguz studies law), the pair met four years ago through friends. Jesse has been making tunes since he was 11 but was becoming bored with it until he hooked up with Oguz who’d just started DJing and producing. The pair did their growing up in public, locally successful under the moniker Piotr & Zahn, through which they put out disco-flavoured, jackin’ fare. It was an interesting experiment, but halfway through 2015 they hit on the sound they’d always been looking for – and ANOTR was born.

The pair have a host of under-wraps releases primed for 2016, and are ready to head further afield. They DJed at an Armada Deep boat party in Ibiza last summer and are looking forward to their first UK trip.

“We can’t wait to cross that big river of sea,” says Oguz with a laugh. After an Annie Mac mini-mix in January, the great British clubbing public should be ready to give them a suitable welcome.