Over the past five years, the family duo Simple Symmetry have been bringing a noteworthy level of electronic mysticism to Moscow’s emerging dance music scene. Born and raised in the Russian capital, brothers Sasha and Sergey Lipsky’s consistently lock down and develop their ascetic and psychadellic style with a method of melodic expression that is all their own.

From their humble underground beginnings, Sasha and Sergey’s relentless work ethic has helped them land releases on highly regarded music labels such as Multi Culti, Keinemusik, Correspondant and Moscoman’s Disco Halal - an imprint that's given the duo a significant boost of inspiration and stimulation in the studio. The incantations and tribal patterns in Simple Symmetry’s productions share a genuine kinship with artists such as Autarkic, Red Axes and Manfredas - all of whom have worked closely together in pushing their vibrant occult sounds to the masses under Disco Halal’s banner. Stationed at the forefront of this fervent and ancestral strain of dance music, Mixmag has recruited the brotherly duo to deliver the next Impact mix.

Following the release of their most recent EP ‘Beginners Guide to Magic’, we sat down with Simple Symmetry to find out more about their spellbinding sound. Read on to learn more... 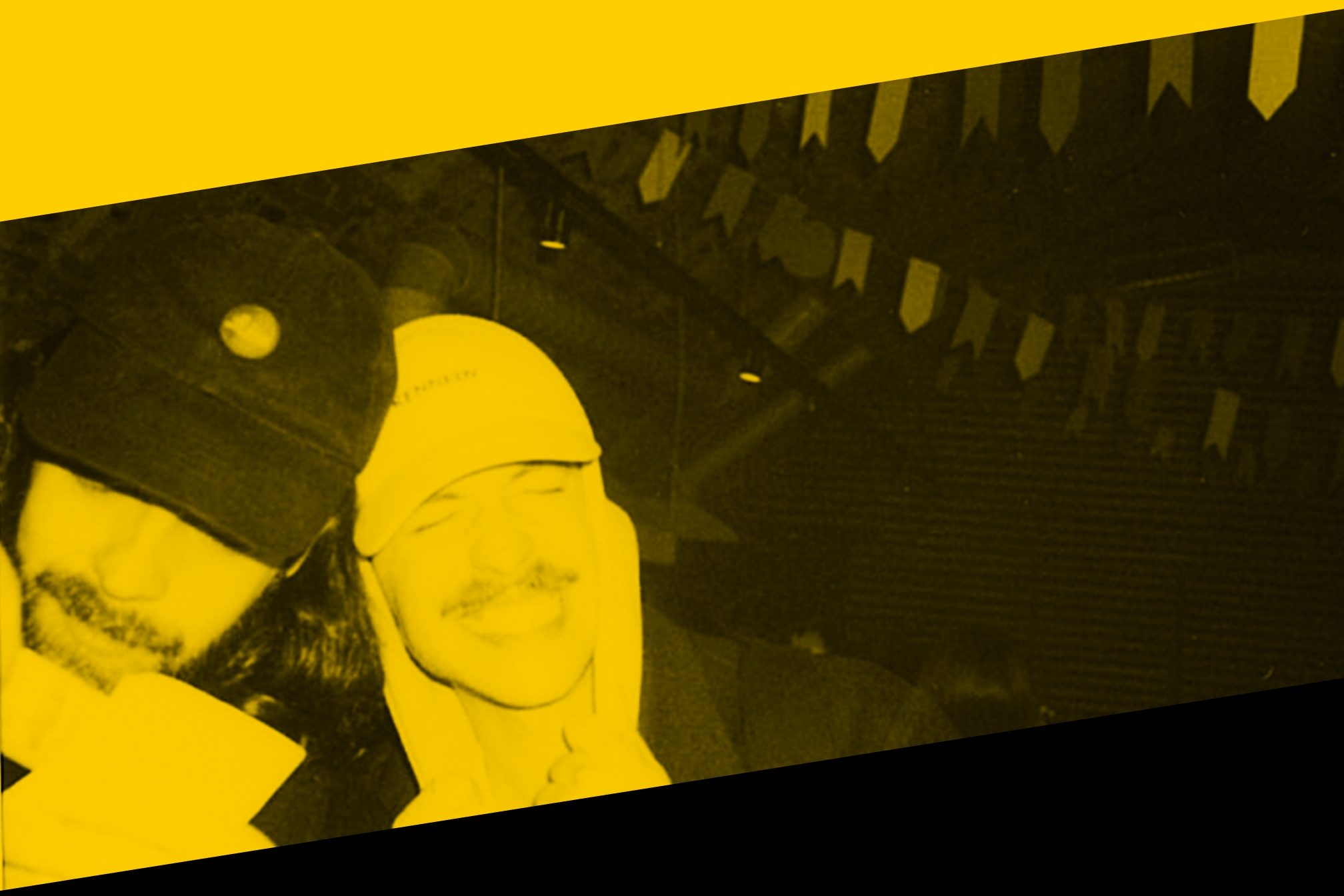 Whats going on guys, what have the two of you been up to recently?

Privjet! A pleasure to talk to you. We've recently released our new EP on Disco Halal and finished a couple remixes, including a remix for an amazing Turkish singer Gaye Su Akyol. The most exciting thing is that we are finally concentrating on recording an LP. It's going to feature both downtempo and dance tracks with voodoo hip-hop, psych hippie-house and weird Holger Czukay inspired sounds on it.

You two are brothers, can you tell us about growing up in Moscow and how you both decided to start DJing and producing together?

We were brought up in a house where music was always playing - children’s tunes and musical fairytales, most of The Beatles albums and McCartney’s studio experiments in the 80s, early Rolling Stones, Pink Floyd, 'Jesus Christ Superstar' by Webber, 'Oxygene' by Jean Michele Jarre, a popular Soviet new wave band KINO and some classical music as well. As we were growing up, we would play around with the radio and record shows using two cassettes recorders and eventually we wanted to get our hands on actual instruments.

Our parents have always encouraged our engagement with music so they bought some for us. We played in a couple of bands together and then - boom! we discovered electronic music and started to produce.

Whats the most exciting aspect of the underground scene in Moscow right now?

The most exciting aspect of the underground scene in Moscow right now is that its starting to move, finally. It's slow and we can’t compare it with this craziness and beauty happening in places like Vilnius over the past 2-3 years, but its still moving forward. New names appear, new collaborations appear, new parties appear and its all getting to be very fun!

Your style and sound fit in perfectly with the ethos and aesthetic of Moscoman's Disco Halal label. How did you two first come into contact with Moscoman?

It's a true web 2.0 bromance story. Mosco discovered our music on Soundcloud and texted us on Facebook. That's how the ball started to roll. 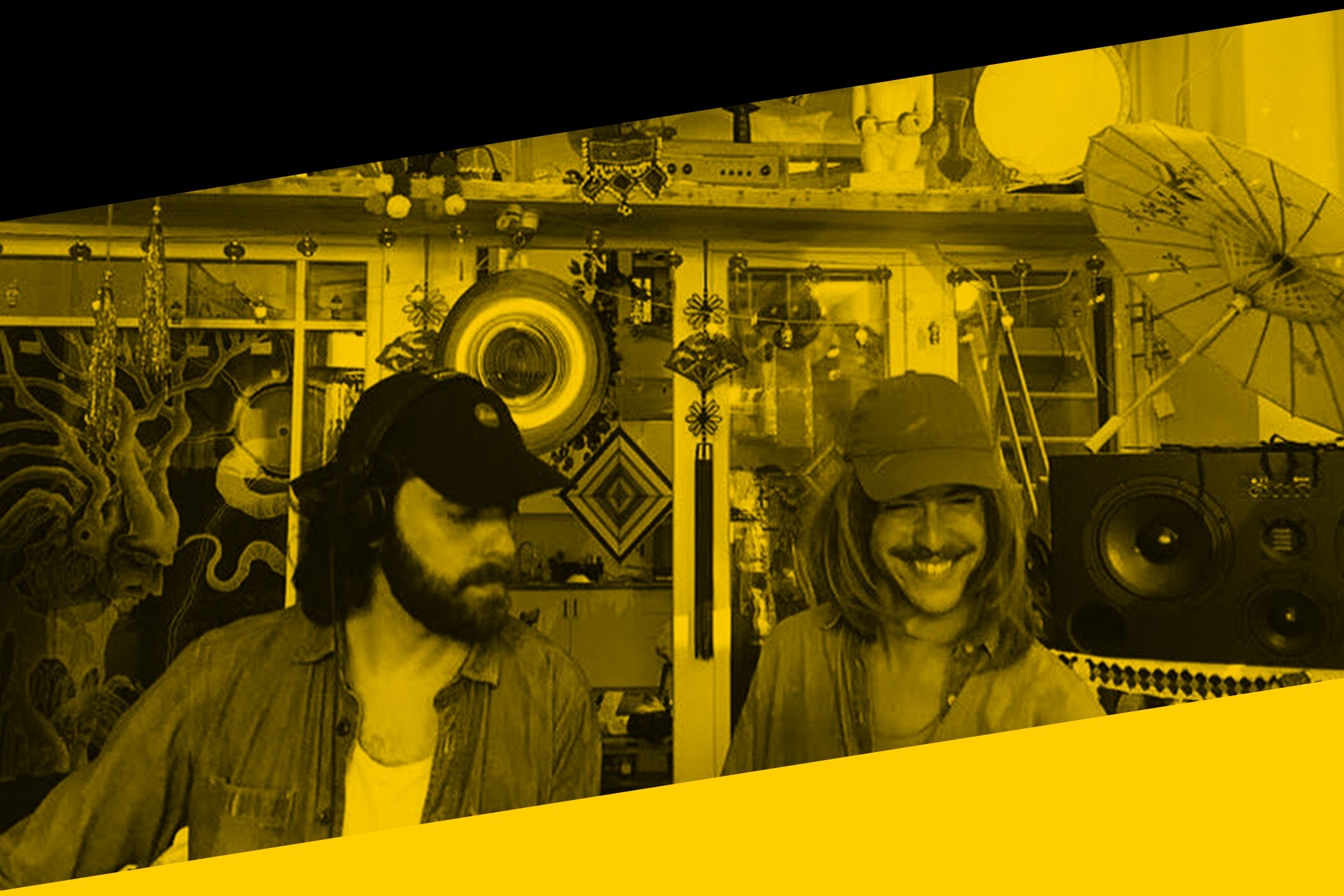 Whats the story behind the name of your project, Simple Symmetry?

It was really hard for us to create a name for our project considering all the good names like Backstreet Boys and New Kids on a Block were already taken. In the depth of despair, we decided to take the name from the book our father used to read us as kids to help us get a good night’s sleep - Roman emperor Tiberius' autobiography ‘Simplex Symmetriarum’ which translated from latin means Simple Symmetry.

Tell me about the inspiration behind your Impact Mix?

Last week we were hanging out in Kalahari Desert, when we saw something strange happening there. It was a bush burned with fire, and the bush was not consumed. We heard a voice saying: "It is done. I am the Alpha and the Omega, the beginning and the end. To the thirsty, I will give water without cost from the spring of the water of life". Then we were given the compact cassette. The revelation ended. When we returned back to Moscow we found this mix with loads of previously unheard tracks recorded on the tape.

What's next for Simple Symmetry?

We are going to finish our next EP and continue working on an album. A lot of nice gigs and meeting with friends will happen in the near future. Soon we'll be meeting with Dori and Niv from Red Axes at our regular party at Simachev club in Moscow, a Malka Tuti and Disco Halal party at Razzmatazz during Off Sonar, Present Perfect Festival in Saint Petersburg with Moscoman’s live band, Ant Bangos Festival in Lithuanian dunes with our buddy Manfredas, a crazy Croatian fest Disko Goulash with Thomas Von Party and Dreems from Multi Culti and much more!