SHALT has spent the last five years carving out his own niche in the realm of experimental club music, using an album and a handful of EPs (mostly via the defining Astral Plane Recordings) to showcase a sound that's towering in scale, precise in detail and propulsive in rhythm.

Known as much for his sculpture-like productions as his hype edits, SHALT has always proved that out-there ideas belong on the dancefloor and he began 2020 with the muscular gyration of the 'Ochre Flood' EP and is ending it with a typically inventive three-tracker on his own, newly minted label REMADE.

The imprint is "dedicated to the convergence of club dynamism and sound design intricacy", which is a pretty neat definition of what SHALT's been doing for the past half decade. But REMADE will now be a launchpad for him to take his ideas into 2021 and beyond and will also be a way of platforming artists also in his orbit or tuned in to the same way of approaching the production of club music.

SHALT's In Session showcases his vision for the REMADE sound, starting slow and propelling into BPMS in the higher echelons. Check it below and read on for a Q+A that explores the concept behind the label in more detail.

What made you start REMADE?

Basically to hear more of the stuff I love! For me, some of the best club experiences are hearing something wild that I can’t understand but that doesn’t feel forced or out of place in a set. It’s that combination of experimental sounds and rhythmically out-there stuff that’s super interesting to me, but it needs to have that mixable quality too. I don't think this is a massively new idea, just one that doesn't really seem to get the spotlight any more. There’s been labels doing similar things in the past and some which have these aspects now but not exclusively, so I wanted to create an outlet purely devoted to this.

I feel like the label could be a reaction against a certain way of thinking that experimental club music isn't danceable?

In a sense maybe I think some of it isn’t danceable too, haha! A lot of it can draw on club styles and be really immediate and emotive without being great dancefloor wise – and I still think there’s a place for that.

With the label I’m kind of looking at danceability as something which has to happen in the tracks, while blending in more experimental ideas outside of that. Like, here’s some amazing sound design ideas, great, now how can I get this to still be rhythmically interesting and mixable? I feel there’s so many ways to approach this though, and I’m so keen to get other artists to do that and send through demos!

Tell us about your vision of "the convergence of club dynamism and sound design intricacy"?

I guess it’s just a neater way of saying what I just rambled! That idea of bringing more experimental approaches to the sounds/rhythms/structures being used but never losing sight of that dancefloor element.

Where does your interest in sound design stem from? How can it take club music to the next level?

I’ve always liked this idea of music having physical qualities, sounds behaving as if they exist in a real physical space, where they can decay and impact and erode each other. Tim Hecker’s a good example of this but I don’t think he’s banging it out in clubs.

Club music in situ has a more obvious physicality and I think these ideas complement each other so well. I feel looking at it this way can open up similar ideas in DJing too – for example with 'Goss' (off the new record) having these rhythmic bass plunges creates this chance to have these mirror/inverse effects when mixing together which can be super interesting.

Read this next: FAUZIA is leaving the club behind

Sound design could seem quite academic for producers who haven't formally studied music or who are just getting into making music. What advice can you give to artists wanting to pick up on this concept of merging sound design with club music?

I come from a similar position in terms of not studying music or music tech and I don't really think it's that necessary from a sound design perspective! Obviously I'm sure it helps with some aspects, but I think just including a process of experimentation in the way you work is the best way of finding sounds which can inspire other ideas. It's cliche but most of the time the best moments come from things you didn’t mean to happen.

Obviously everyone works differently so I can’t be too prescriptive but I tend to find spending time creating an initial sound/structure/process to design the track around is a good way to work, and always a LOT of editing throughout. Rather than just sticking with one version, create another session where you can test out changing different effects/modulation/waveforms etc.

In terms of specific tips, if you’re just starting out I’d recommend altering preset patches as a starting point which gives you an example of seeing how all the individual aspects work when you change them, and also trying out all sorts of different modulation on anything that can be modulated! It’s not super popular anymore but I use Reason which I think is quite nice for learning this stuff due to how visual it is in structuring sound creation. 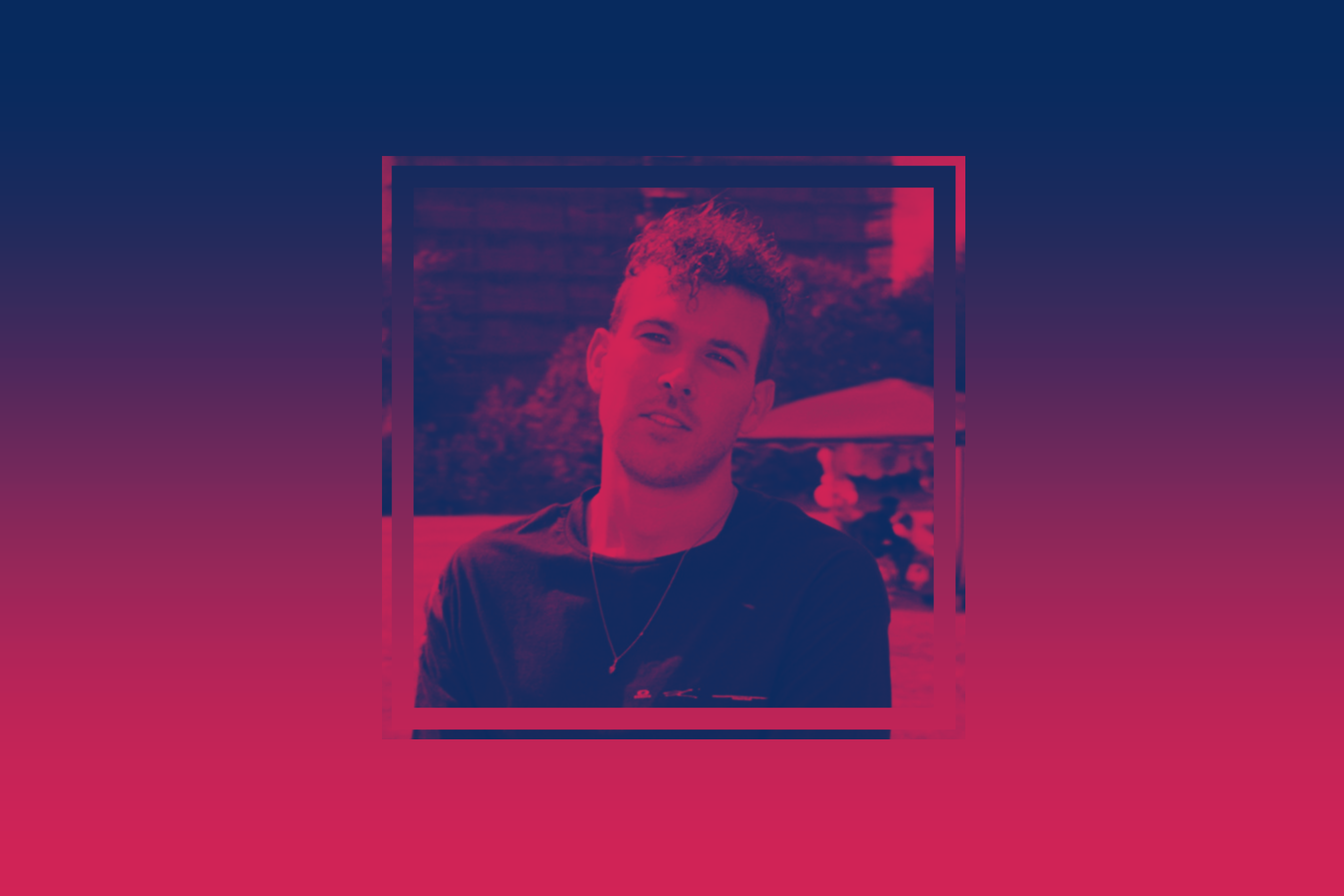 Tell us about your In Session mix.

It’s a really nice mess. Basically an example of where the ideals of REMADE can fit in sets: having some wild sound design driven music alongside more melodic/’functional’/vocal bits but keeping that rhythmic variety throughout. Some brand new bits from myself and friends in there, as well as older stuff I still love to play.

You move from slow to fast – what attracts you to using a wide tempo scale?

There’s lots of amazing music about and I quite want to fit it all in! I’m really into multi-layering tracks and I think it can have really distinct effects wherever you take it tempo wise.

This mix is basically what I think of when I think of d*constructed c*ub in terms of interesting rhythms and experimental sonics. You can dance to it but it has a "WTF is this?!" element. You and a load of other artists are still doing amazing things in that 'scene' despite the name being written off – what's your thoughts on all of that?

Yeah, I have no idea how that same conversation about that name keeps getting dredged up, but I guess it’s an imperfect term which somehow got attached to too many wildly different styles. Obviously things don’t necessarily need a name and a lot of times they can end up kinda restrictive, but I do feel it’s a shame actually because there's a cynicism which carries over to people's music as soon as you label it with a certain term. There’s still so much good music but it definitely feels now like there’s way less of a general community around these kind of styles – whether that’s COVID, or cynicism, or just me imagining it I don’t know!

I don’t see REMADE being a cure for that but I think having labels dedicated to doing a specific thing is generally a nice constant to have and build around.

Read this next: The Bug and Dis Fig in conversation

The club scene you're involved with is very international and pulls in influence from many non white regions. With this in mind, what can white people involved in this scene do to be better allies?

That’s basically the main reason why the scene is so exciting musically. It’s definitely been said before, but researching and highlighting these different genres and their influences, their origins and ongoing innovators. In a more immediate sense, using the opportunities and platforms you have available to you to spotlight and uplift others.

On that note, obviously with the label I can’t force people to be interested in the ideas behind it or to send me demos! But I’d really love the label to be a diverse outlet where really different influences are highlighted within the label’s general ideas, so would encourage anyone to get in touch if it sounds good to them.

Just trying to make stuff that I haven’t heard before! Mainly just exploring new ideas and techniques. I don’t release too often so I just want to make sure I’m trying to do something new each time. Plenty to come on REMADE from others and myself.

Outside of that I’ve also been working with some super talented vocalists on music which takes this ‘physical’ approach I mentioned and applies it to vocal-led tracks, which I’m really excited about releasing early next year. Maybe play in a club again sometime too? That’d be nice.