Does it mean you're old if you've lived through the original UKG explosion, the revival that took place at the end of the 00s and the current wave of fresh artists and genre elders who are releasing bangers at a rapid clip? Probably.

But here's the thing: Sammy Virji's music makes you feel like you're a teenager all over again. His tracks encapsulate The Wave that every young person gets on during the long, hot summer months as well as the shenanigans of every not-so-young person determined to keep the fire burning way past the salad days of their youth. So wherever you're at in life, the Leeds-based producer will make you want to pop bottles of Prosecco in the sun.

Read this next: UK garage is the greatest genre ever

All jokes aside UKG has obviously never gone away and Sammy Virji is one of the latest artists to add to its long lineage with a fresh take on 2-step, 4x4 and bassline. He's alongside the likes of Conducta, Prescribe Da Vibe and D. Jason, among many others, who make up the genre's new generation and join artists like DJ Q, Flava D and El-B in pushing things forward.

Sammy's been banging out singles for the last few years and now comes in hot with debut album 'Spice Up My Life', which contains 13 tracks full of colour and ridiculous basslines. His Impact mix celebrates the release of the LP and he's chosen to turn in a mix of his own productions that are designed to play as loud as possible. 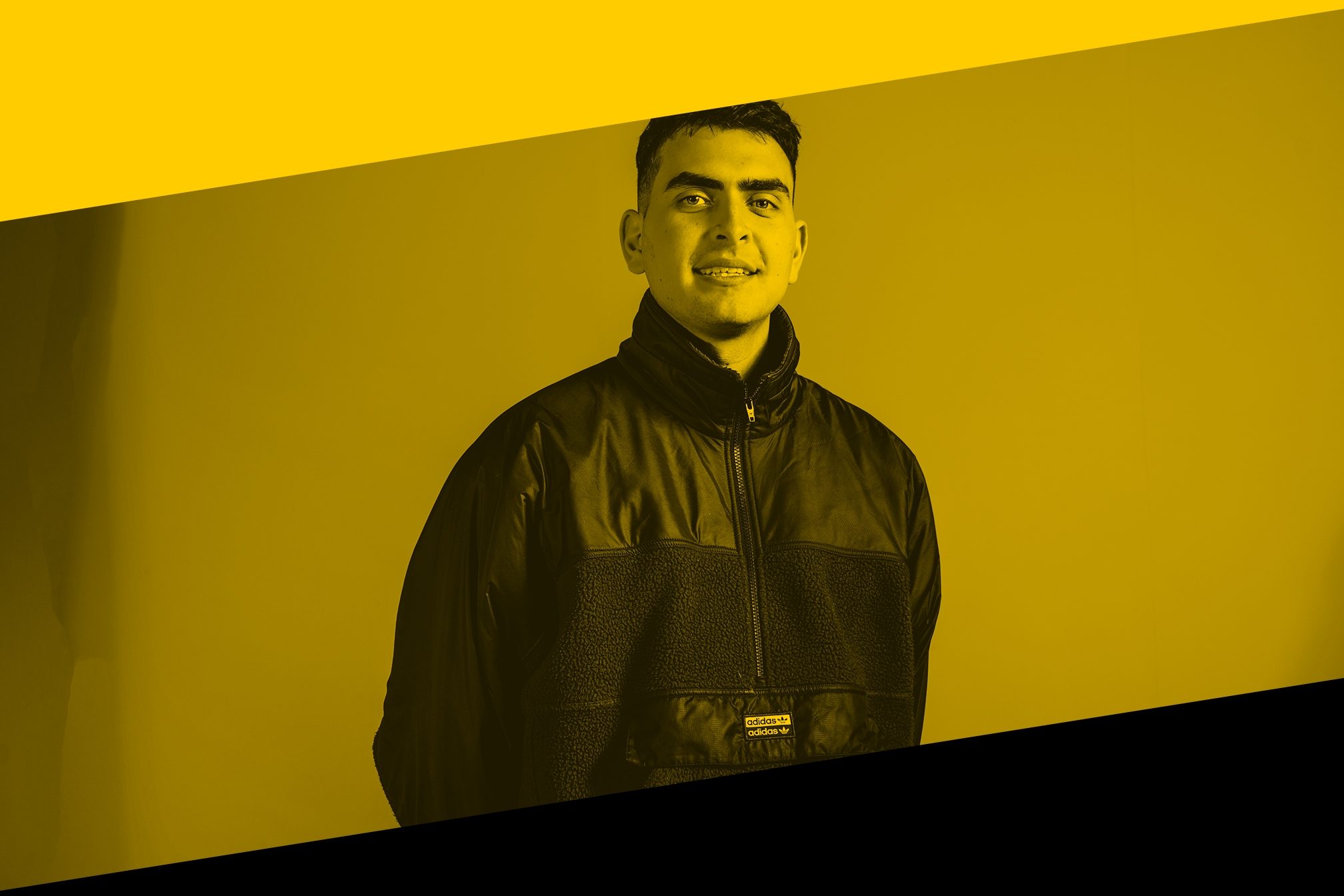 Oi Sammy this mix is double naughty. How did you put it together?

Haha, thank you. I just played all my own productions, new from the album, unreleased/unheard tunes, and a few personal favourites

You're one of the artists bringing UKG back for 2020. How did you first get into the sound and who are your influences?

I’ve always been obsessed with swingy, jacky drums, and I don’t actually know where that’s come from. I’ve always liked UKG but not really known that I liked it. I started off as a dubstep lover of producers like Skream, Plastician, Benga, and then when I was 16 I started listening to bassline and speed garage. And then I was onto jacking house which I think was a big part of me forming my sound. In that respect Chris Lorenzo was a big influence. It wasn’t until I was at uni that I became obsessed with UKG and appreciated the crossovers it had with house and the more feel good side to it rather that heavy basslines. I would say my main inspiration when I started becoming obsessed with UKG was Flava D, I’m still educating myself now with older 4x4 garage with artists like El-B and Tuff Jam who I listen to a lot now. but there are too many people to name and appreciate because I’ve looked up to so many people.

You're big on 4/4 garage and bassline – why will these sounds never die?

In my opinion, it has the most energy out of all dance music genres. I'm a fiend for 4/4 swingy drums – I just don’t think it can die, it’s too good.

Read this next: The best late 90s UKG tracks

I was supposed to be 'avin it to UKG at festivals all summer – how should I enjoy this music instead?

This mix packs in 28 tracks – what are your tips for mixing UKG?

Try and mix songs that have similar swing/shuffle or whatever you want to call it. Garage is generally harder to mix than house or d'n'b because songs with different swing can clash when mixing. This mix is all my own tunes so they’re mostly the same swing. Also I’ve done my best to mix everything by key which is something I’ve always obsessed over, if you can mix songs in the same key, they sound so much smoother. 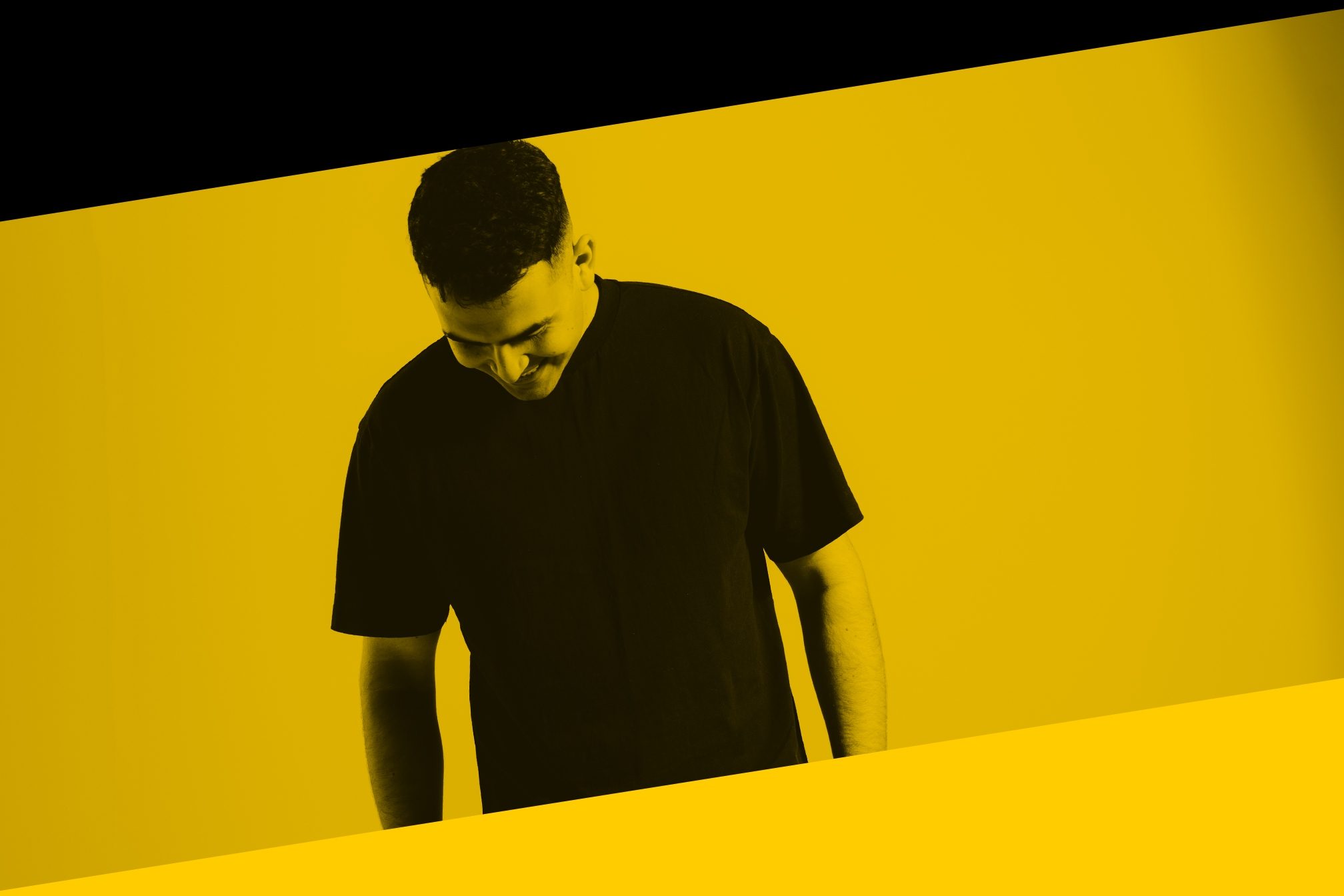 Tell us about your debut album?

'Spice Up My Life' is something I’ve been working really hard on. I want it to be something you can dance to, but also chill to, and cook to, haha! It’s definitely my first proper project and it’s just cool to get a full body of work that I’m really happy with personally out there.

There are some collabs on there. Can you intro us to your collaborators?

Paige Eliza is a really talented singer from Leeds and she hit me up one day and sent me some vocals which I thought were amazing so was definitely keen to do something. I know she’s got a lot of music coming with other bass/garage artists and she’s released stuff with Mikey B which is wicked, she’s one to watch out for.

Tuffculture from Birmingham is a legend and makes some of the best UK garage about. Our track ‘Forever’ is one of my favourites, it took the longest to make as it was going back and forth for ages but I'm super happy with the outcome.

Dread MC from Bristol is another legend who’s worked a lot with My Nu Leng. We’d been meaning to get on a tune together for ages and it’s sick that it could fit into the album so well.

Yemi is a producer from Manchester who’s really starting to find his sound and it’s wicked, he’s actually my best mate and we used to live in Newcastle together so we started the tune ‘Somebody Else’ up there, and then he came down to mine when I moved and we finished it off. Expect a lot more music from us in the future.

And finally Hans Glader is from California, and is easily one of the most talented people I’ve worked with. It’s so good to see the UK sound being done in America but with a special twist. I wouldn’t be surprised if this guy was the next big thing, I think he’s gonna go really far so watch out for him.