When worlds collide, toeing the line between them can prove difficult. Lebanon-born, Miami-settling Rony Seikaly had to learn this the hard way. Since his time in the NBA, the former basketball player-turned DJ has faced an abundance of scrutiny over such a drastic and public career change, one that has landed the producer perhaps more endowment than his 12 years on the court. “It’s not been an easy trajectory,” Rony tells Mixmag. “It feels like I’ve been on a treadmill with the highest incline trying to prove myself to people. They say, ‘oh he’s a basketball player, what does he know about music?’. I’ve been a student of house music ever since the genre first cropped up from disco!”

Backed by a discography reaching as far back as 2005, Rony has built a name-worthy reputation in production. “My passion is music, but my love was basketball. I need both of them to be sane, it was always either sports or music,” Rony explains, “it’s been an uphill battle to try and prove to people that this is not a fad or a joke”. With his hands on the decks from age 14, Rony was interested in dance music long before he ever broke through as a star athlete and found that he had to prove himself in the face of prejudice.

Now, the producer has cut ties with his past self. “You don’t live in the past. Mine was being a basketball player and that ended when I stopped playing, so to me, that’s in the past,” Rony says. “What I’m doing now was always one of my bucket list things, and even when I was playing basketball, I would always DJ”. But during that time, DJing came with its downfalls. When Rony reflects on those years, he remembers the criticism that he faced not just on the court, but beyond it in ordinary life. “I would always play music even though my teammates would criticise it because they didn’t know what house music was. They would just call it ‘some European shit’,” he says.

His music career thus far has seen the release of a near 100 tracks, compilations and EPs, but never a full-length album - at least not until now. When we caught up with Rony ahead of the release of ‘Moonwalk’, a 26-track double record and his very debut, the producer is remarkably poised. “I’m excited to see how it’s perceived because it’s a little out of the box, it’s more eclectic,” he explains. But Rony hasn’t bitten off more than he can chew with a 26-tracker debut, it was the product of lockdowns and a germinating collection of music that coaxed him to take the plunge. “During COVID, I was locked in the studio making music non-stop. I had uninterrupted time to do my thing, it was the perfect timing because I had so much music in my head that I wanted to create and put out,” he says. 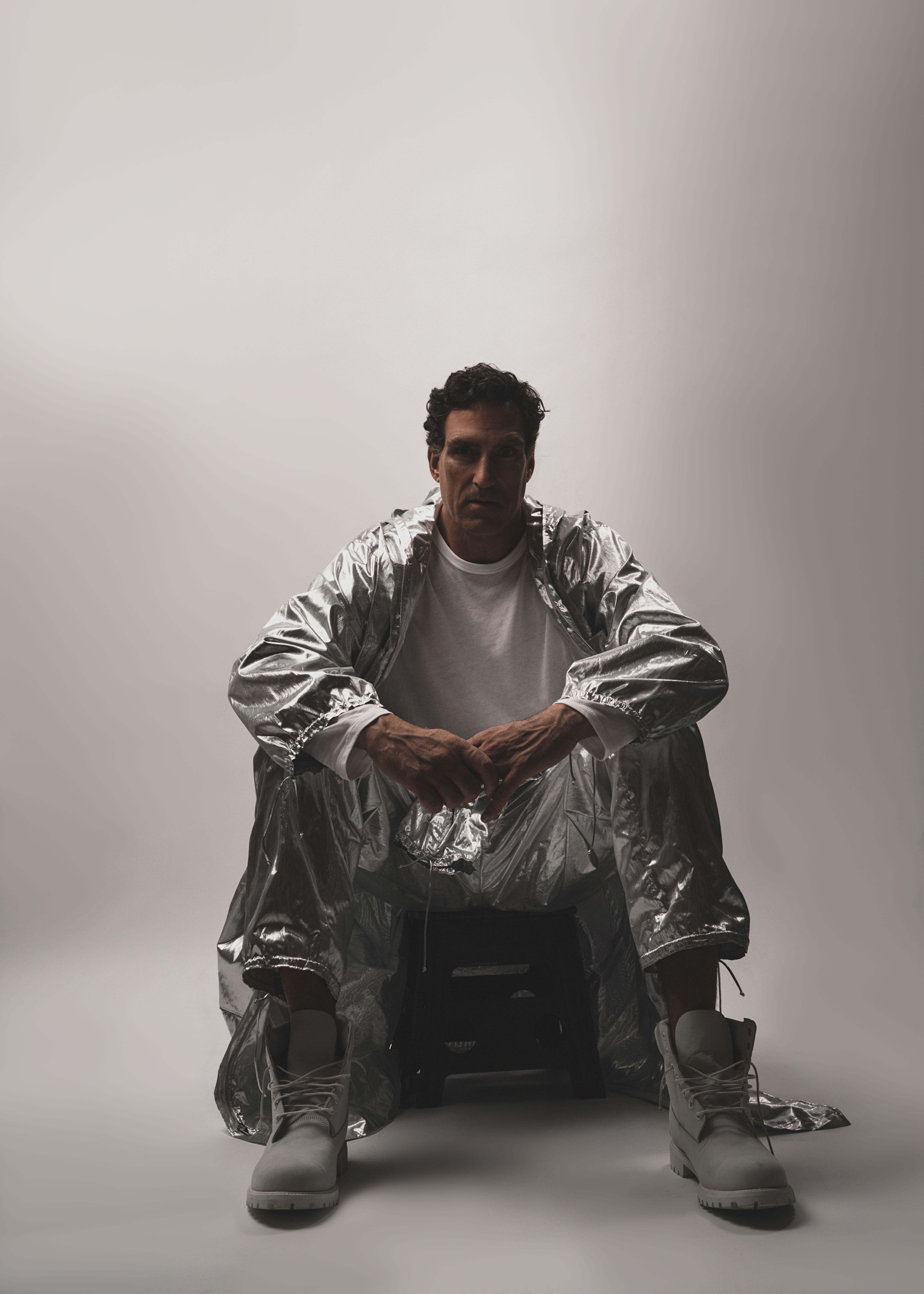 ‘Moonwalk’ is the result of tried and tested production efforts over the course of nearly two decades, culminating in something that Rony has only ever dreamed about producing since those early days. Featuring a number of big-name DJs including Sasha and Diddy, Rony’s debut release even locked in the likes of Joseph Capriati, Audiofly, and Luciano to take on remix duties at a later date. But there’s plenty more where that came from. “Even though I’ve got a 26-track album coming out tomorrow, I could put out a 60-track album next week if I wanted,” Rony laughs. It’s a change in pace for the producer, and certainly a change in his synth-fronting sound that usually falls into his EPs and other records. “I usually like the more wholesome analogue sounds made organically, but this time I pushed my boundaries to get a little bit more gritty with my productions,” he explains.

“If you want to DJ, you’ve gotta have your own style. You can’t keep copying whoever is hot. All the biggest DJs have their sound, then people take bits from each of them so everybody is a copy of everybody. You’ve got to carve out your own sound,” Rony enthuses. Through his own record label, STRIDE, Rony has come to release the majority of his works by himself. As he began releasing music, the producer sent out tracks by the bucket load to labels but had no success, he claims, because of his niche style. “People would always say that it was good, but didn’t fit into their catalogue,” he says. Taking matters into his own hands, Rony began releasing music on his own accord. “From the start of its creation until now, we’ve had about 50, 60 or even 70% of tracks on the label reach the charts with about 10 top ten’s,” he explains.

While the landscape of house music is forever changing and adapting to new trends, Rony refuses to fit into the mould. With the imminent release of ‘Moonwalk’, his sound has only strengthened and defies a usual pairing with one genre alone - it transcends deep house, melodic techno, and the cracks in between, and becomes an amalgamation of the music that he’s been forever informed by. “House music has such a short shelf life,” he says. “I’m just enjoying the journey and I’m not worried about the destination right now. If this album flops or not, it’s still the same emotional thing for me. I’m doing what I love and I don’t care what anybody else says.”