“I remember singing it and it kind of reminded me of a scene from a teen movie,” starts Romy Madley Croft. “That hands in the air, driving fast with the top down kind of vision. My girlfriend was in the next room and could hear it and shouted ‘What’s this? It sounds happy-sad!”

The track in question is ‘Lifetime’, the gloriously euphoric debut solo single from 31-year-old Romy, recorded in the spring of 2020 and unleashed to the world this September. A joyous exultation of a record, it has that unique blend of euphoria and melancholia so often found in timeless dancefloor records and has singled out the often shy and reticent xx frontwoman as a modern pop force to sit alongside the likes of Christine and the Queens and Robyn.

Both lyrically and sonically the record feels like the valve being released on a canister of pent up emotion and speaks to an internal craving to simply ‘have some fun’ that so many of us are feeling right now. “When it came out in September we were gearing up for the second lockdown and so many people said to me ‘I really needed to hear a record like this right now,’” says Romy. “More than ever I’ve just been craving euphoric music and escapism even if that escapism is just a moment of relief dancing around your kitchen for five minutes.” 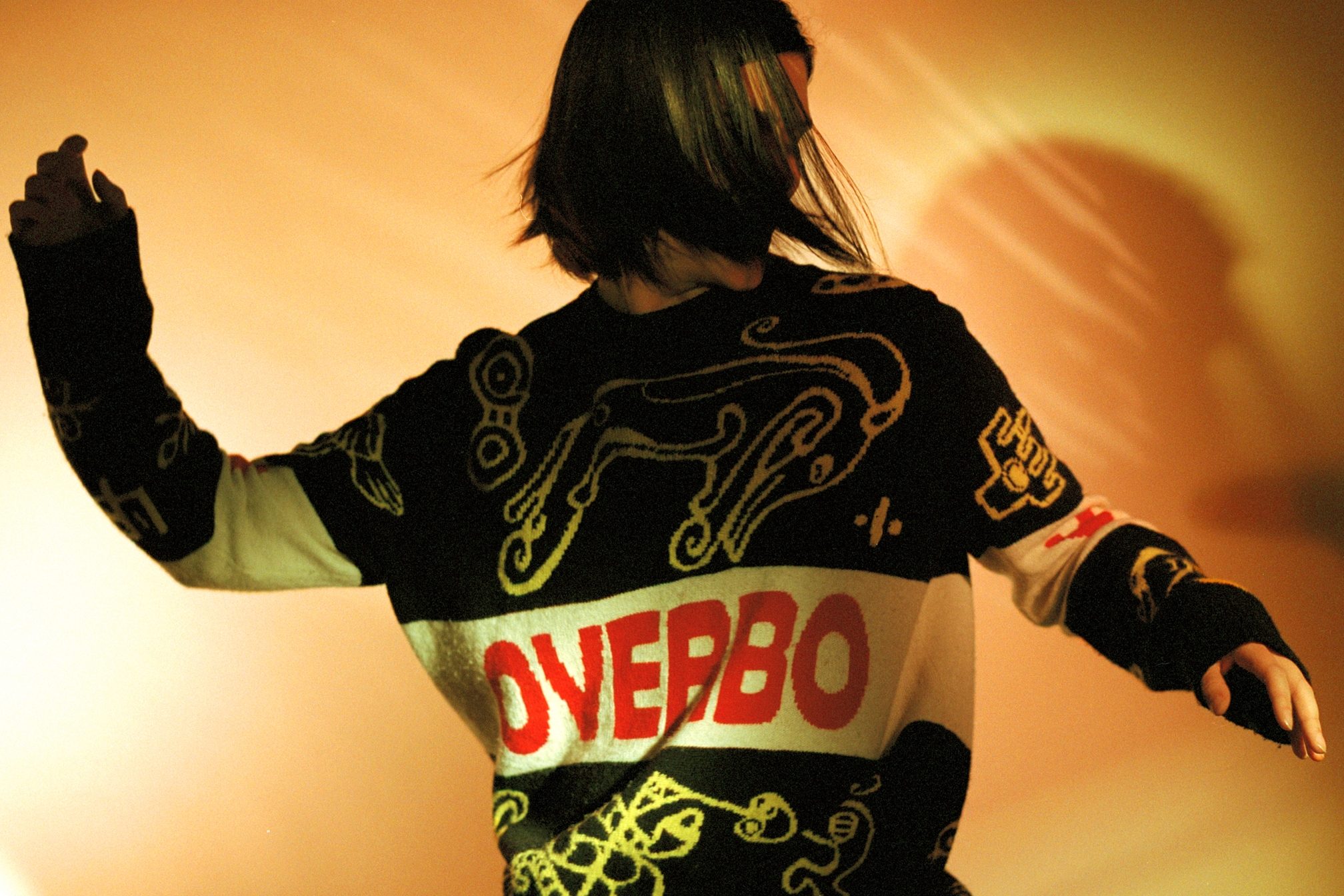 While ‘Lifetime’ was recorded this spring and released just months later, it precedes an album due in 2021 that was well in the works before the Covid-crisis struck and is the culmination of a journey begun when The xx wrapped up nearly two years of touring in 2018. “I was in a really transitional place when we finished touring ‘I See You’ that summer,” admits Romy, speaking over Zoom from her lounge in London, painted a deep dark ruby red. “I came back to London and thought ‘what’s my life outside of The xx? What’s my routine and focus in London?’ There was a lot of new on the horizon and it definitely felt a little bit daunting.”

Dealing with the upheaval of a break-up and the displacement of not being on tour for the first time in 18 months, Romy found the sense of belonging and community she was craving in two places. First, she joined a football team a few friends were starting called Whippets FC. “That was a massive thing for me,” she tells us. “It really helped me build a sense of community outside of music and feel connected to London again.” Secondly, she started a club night. “I called it Feelings Café and it lasted about three months before it imploded on itself,” she tells us, smiling at the memory.

Taking place weekly at intimate Hackney cocktail bar Behind This Wall, the party saw Romy rediscover the joys of DJing (a pastime she originally honed at Soho gay bars in the mid 2000s before The xx took off) away from the glare being ‘Romy from The xx’ often brings and further cultivate the sense of community she was craving in the capital.

“I’d text round a load of mates and it would usually be about 30 people each week,” she explains. “Apart from a few mates like Kim Ann Foxman and Pandora’s Jukebox, who are well known DJs, it was just a chance for myself and friends to mess around DJing and have fun. Girls from the football team who hadn’t really DJ’d before would come down early and have a go.”

At the same time Romy was rebuilding a sense of community in her social life, she set about creating a similar environment to create music. Openly admitting that as much she loved ‘watching Jamie fly’ when her xx band-mate embarked on a solo album project in 2015, she wasn’t ready to go it alone at the time and spent a lot of time thinking, ‘when can we have him back!?’ But by the time a gap in touring appeared in 2018, Romy was finally ready to dip her toes into song-writing with people outside of the group for the first time.

“I find meeting new people quite scary sometimes and occasionally I’d walk up to the door of a session and be terrified to go in,” she tells us. “But I think that was what I was craving, to be out of my comfort zone and feel a little out of my depth again.” 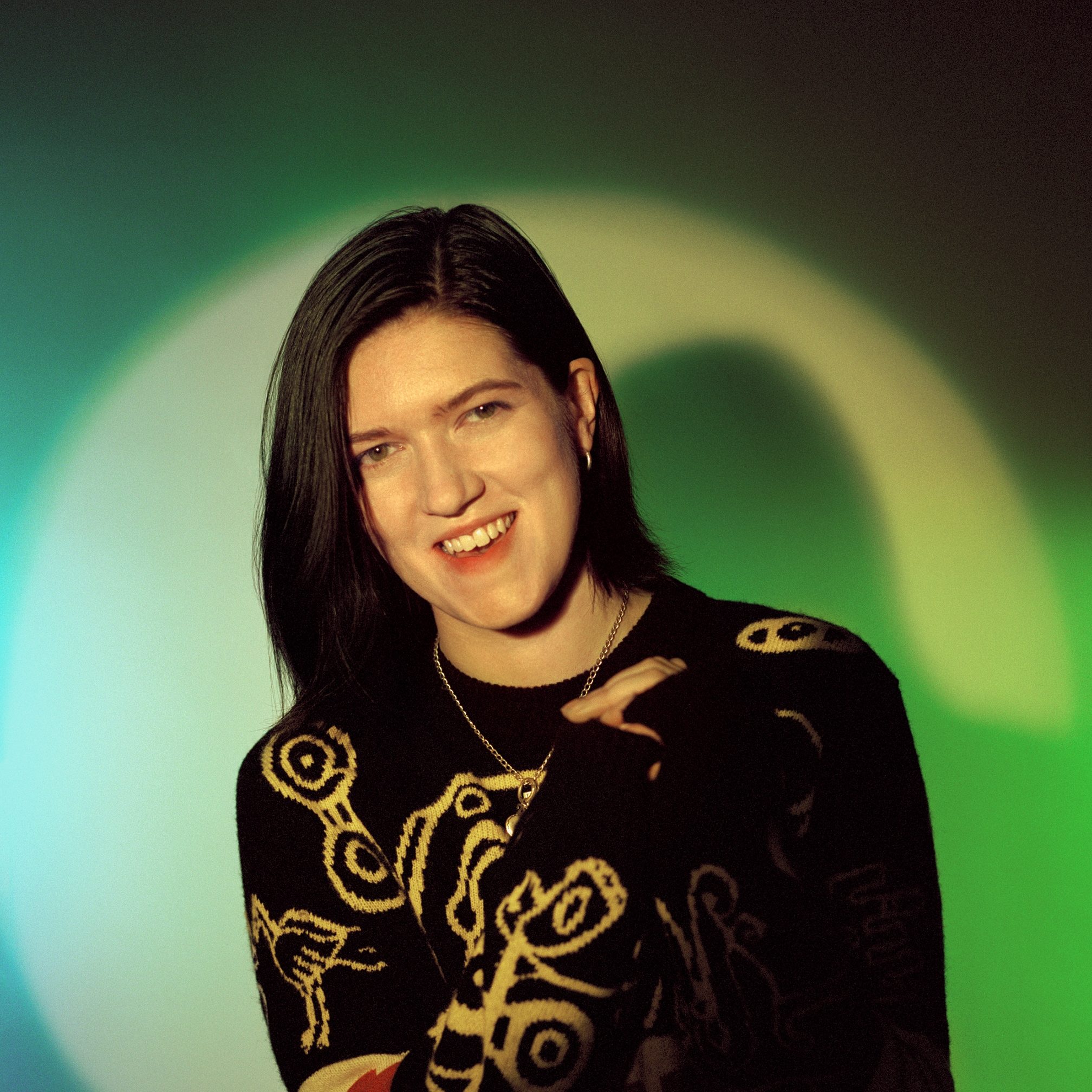 Despite finding some aspects of pop song-writing a little sterile (“There were times when it would be me and three other people who had never met before in a room,” she explains. “Trying to write a song about absolutely anything for no one in particular and it would just end up being really mediocre because there was no real connection.”), she counts the opportunity to work in a different way as ‘invaluable’ and even ended up contributing to a genuine pop mega-smash in Silk City and Dua Lipa’s ‘Electricity’.

“That was my favourite experience, getting to work with Mark Ronson,” she says. “I enjoyed that because it was a bit like pass the parcel where Mark had already made the track and there was a vocal melody over the top by Diana Gordon and I had to fill in the lyrics with what I could hear phonetically. It was like working on a project to a very concise brief”.

Her dalliances with pop song-writing eventually led her to work with producer Fred again.. when they were paired at a workshop, with Fred playing a key role in convincing Romy to think about keeping some of the songs and creating her own solo project. “We wrote a song where I was talking about a woman in the lyrics and we were thinking ‘which pop star can sing this song about a girl?’,” she tells us. “And Fred was like ‘it should be you!’ It seems so obvious now but being open about my sexuality in the lyrics was a big breakthrough moment and really freeing.”

As well as openly celebrating her sexuality in her lyrics, she’s also keen to lift those around her employing only female and non-binary artists to work on the remix package for ‘Lifetime’. “I wanted to make a point of it being only woman and non-binary artists involved because I think there is a massive imbalance in music still, certainly behind the scenes,” she tells us. “But these are also all my favourite artists at the moment. It’s not just a case of getting someone just for the sake of getting more women.”

The package features Anz, Planningtorock, Jayda G and HAAi, who Romy has formed an important friendship with over the past few years. “I played Peggy Gou’s party at Printworks last year and HAAi flew back from somewhere in Europe early just to get there for my set,” she says. “Then when I watched her afterwards I was absolutely blown away by the music. We’ve formed a great friendship and share a studio in Hackney now.” 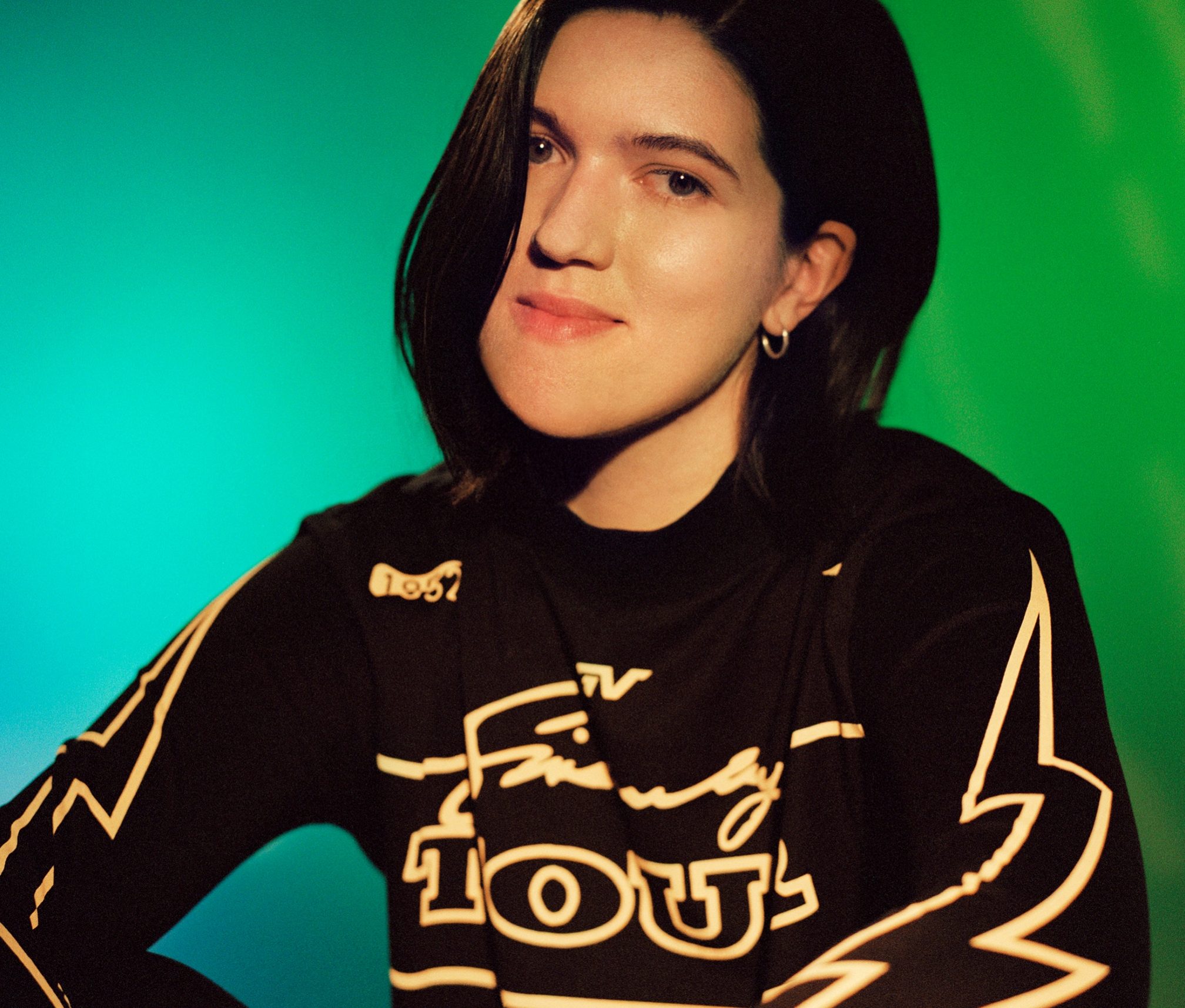 Early interviews with The xx often zoned in on the fact that Romy and Oliver’s vocals were delivered in such hushed tones because they’d written the songs in their bedrooms, desperately self conscious of not alerting their parents to what was going on. But 12 years on and it feels like Romy is finally ready to shout what she has to say from the rooftops. Buoyed by the contentment age and a settled relationship can bring (she’s currently in a relationship with the photographer Vic Lentaigne who is also responsible for Romy’s recent publicity shots), she’s sat on the precipice of releasing one of 2021’s most eagerly anticipated albums and one largely inspired by the euphoria of the dancefloor we’re all so desperately missing.

“I love emotional club music that can tug at your heart strings,” she concludes with a smile. “I went to a techno night not that long ago and was like ‘why am I not feeling anything?’ and it was because there wasn’t that emotion that melody brings. My dream is for everyone to be back out there in the world enjoying themselves by the time this album comes out, getting all emotional in the club.” 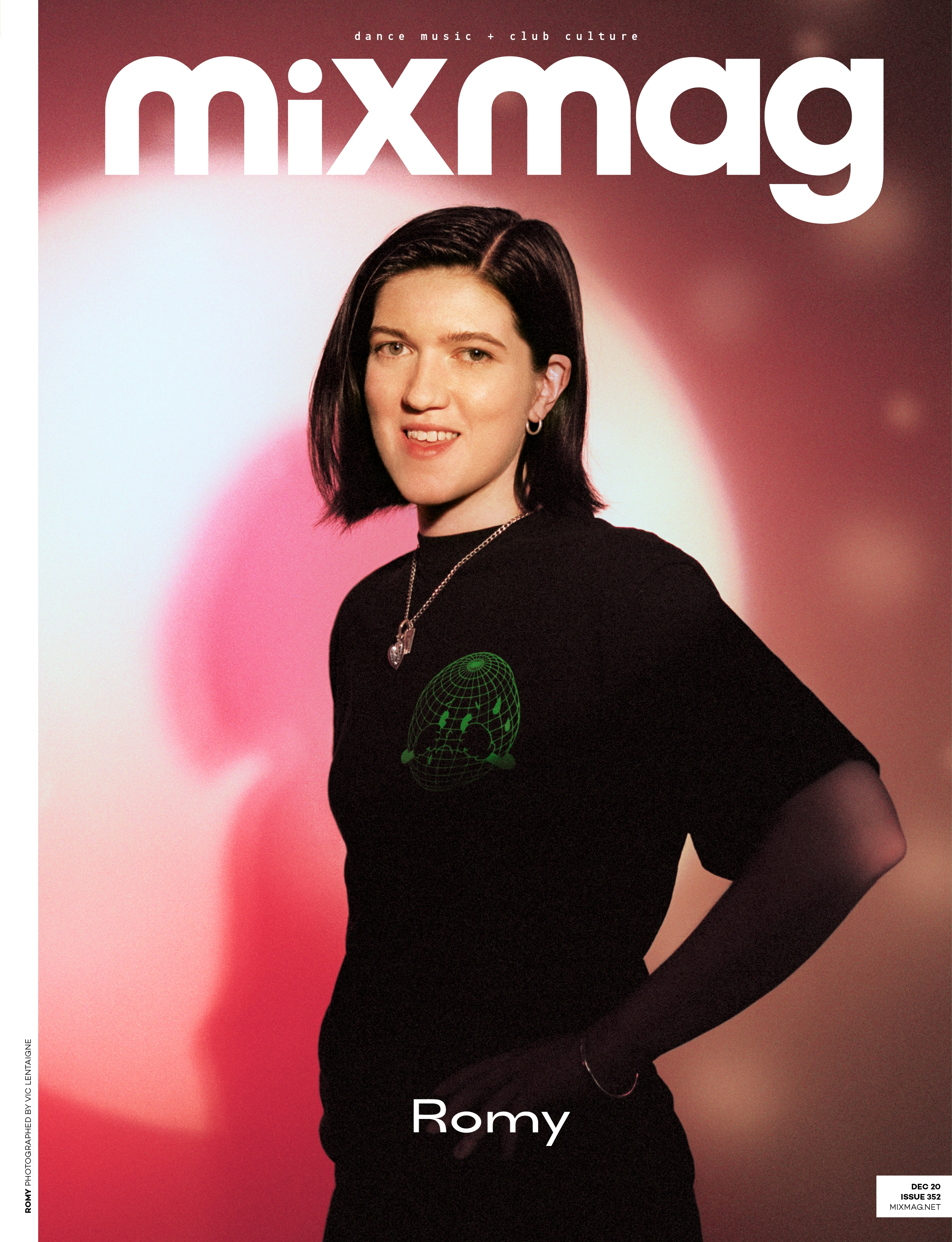