Tirelessly championing house music as one of its most integral backbone promotion and distribution cogs defines the legacy of the nearly six decades Benji Espinoza spent on Earth. The Chicago-based legend and co-founder of DJ International Records passed away on October 22. Espinoza is the genre’s most unsung hero.

Espinoza graduated from Prosser Vocational High School (now Prosser Career Academy) in 1981. After spending some time at Wilbur Wright Junior College, the allure of Chicago’s then-burgeoning underground house and mainstream club scenes wooed him to the dancefloor. “Benji loved music and knew he wanted a career in the industry, says Rudy “Rudy V” Villarreal, while bittersweetly remembering Espinoza’s legacy while sitting in his home two hours north of Chicago, in Delavan, Wisconsin. Villarreal has been a DJ for the past 40 years. Espinoza mentored him, plus he was a friend and frequent business partner.

Espinoza is perhaps most widely known as the co-founder of influential classic Chicago house label DJ International Records, started with producer Rocky Jones in 1985. “Benji never really talked a lot about how important his work was,” Rudy V notes. “It wasn’t until late in life, when he got on Facebook, that he started telling a lot of his stories.” 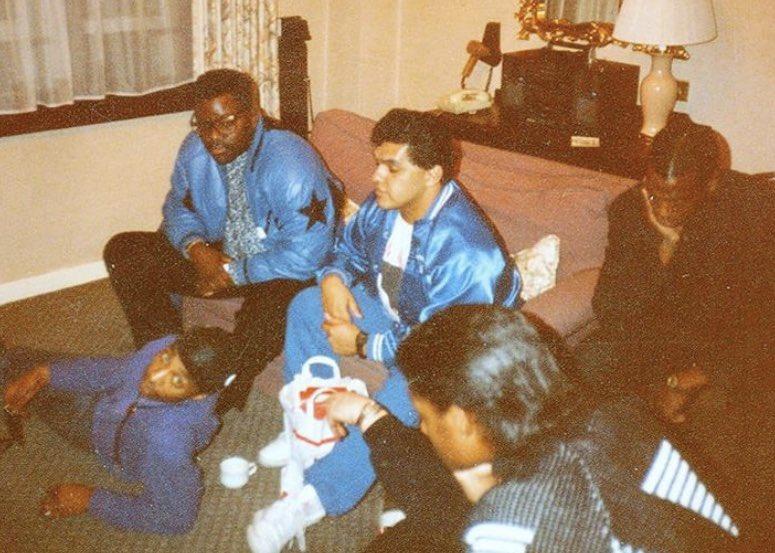 If you were a Facebook friend or follower of Espinoza’s, his encyclopedic memory of his career accomplishments was astonishing. Piloting a track to becoming a Billboard-charting early house single here, aiding a groundbreaking UK tour for Chicago house DJs there, it was an endless sea of jaw-dropping recanting, humbly posted on social media. Talking to him, in person, was something entirely otherworldly, though.

“Benji could take five hours to describe the precise art of record promotion for just one single,” Rudy V continues. “I was also once at the store he owned, DJ Records. A guy who came in wanted only to purchase two specific records. He left with a crate of vinyl!”. Jessie Jones adds a fascinating reason why this was always the case with Espinoza. Before being known as a member of iconic Chicago house group Master C & J, Jessie Jones was the record buyer at Loop Records. This iconic downtown Chicago record store was a global one-stop-shop for house music in the early 1980s. “When house music started breaking, a lot of people knew that Benji and I had the best ears in Chicago,” he recalls.

Espinoza was already a lover of Latin Hi-NRG dance records. However, to bolster his abilities as a record buyer and seller, Jones recalls Espinoza acquiring the catalogs of long-time or retiring DJs whose sounds included the Italo disco and soulful house records favored by Black audiences. Like Jones, Espinoza quickly developed an appreciation for a diverse slate of pop records that benefitted not just DJ International Records but also house, overall, as a genre.

“Most times I dealt with DJ International Records it was with [co-founder] Rocky Jones. Benji was there, but he was largely behind the scenes,” says Adonis. “He was necessary, though, as a promo guy. We all loved the work he did for our releases. He helped a lot of us, as artists, become global superstars."

“Global superstar” would be the best way to describe Bad Boy Bill, another Espinoza mentee who for most of the first decade of the 21st century was one of North America’s most in-demand DJs worldwide. “Benji gave me my first job in the music industry working at Quantum Distribution — inside DJ International Records — [Espinoza’s] distribution company where we marketed and promoted a lot of the earliest House Music Recordings - the FIRST ones if you ask Benji :-).”

Moreover, via Instagram, Bill notes that Espinoza connected him with his first club residency, in Chicago, when he was 16 years old, in a 21 and over venue. Even more, upon being told of Bill’s production aspirations, Espinoza “got [him] in his first big recording studio remixing a couple of early DJ International songs.” Similarly, the likes of Ralphi Rosario — of Hot Mix 5 and 1987 pop-crossover smash 'You Used To Hold Me' fame — count Espinoza’s constant championing of their young talents as key in their evolution to stardom. 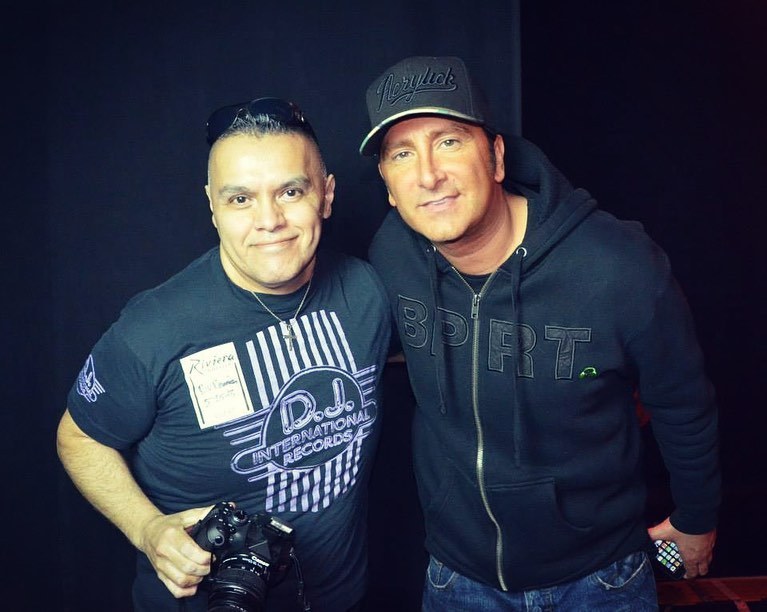 Espinoza is also a figure respected by all of the foundational titans of house music’s Chicagoland history, plus artists and musical creatives worldwide. Jessie Jones notes, “I was selling upwards of 3500 to 5000 house records a week, alone in 1985. A lot of that was Benji Espinoza creating buzz, and me getting calls from all over the world for house music,” Jones states while taking a break from working on new Master C & J material in a Chicago studio.

Those thousands of records often ended up in places like the New Music Seminar in New York City notes longtime house DJ and Chicago OG Lugo Rosado. “Benji is important and deserves huge respect. People like Larry Levan, all of the key names in electrofunk, hip hop, and punk who grew to respect Chicago’s music? Benji had a huge part to play in that.” Rosado continues, “[Espinoza] got on the planes and did the legwork on the ground, worldwide. Without him helping to promote the DJs, artists, and producers of the house brand, it wouldn’t’ve spread as it did.”

In June 2020, I was tasked with writing the story of why so many of Chicago’s African-American house legends who released singles with TRAX Records have not received royalty payments for nearly four decades. While researching this story, I spent considerable time talking to Benji Espinoza, discussing his appreciation for and a real understanding of TRAX and DJ International and house’s history overall. A quote when I asked him one day to best explain why he was so passionate about the genre, actually, bittersweetly sums up his excellence:

“House was a culture that I marketed, promoted, and propagated, starting in 1985. From Chicago to Baltimore, New York, New Jersey, Detroit, the UK, worldwide. I helped birth an electronic music scene that took off everywhere. From Larry Levan to Pete Tong, from indie labels to major labels, I feel like I had all of these players unified, helping the movement along. House ultimately defined who I am, and I’ll love it for the rest of my life.”