When you hear of AIAIAI, you might think of the audio company’s expansive selection of studio headphones - a renowned offering from the 15-year-old enterprise. In its time around the musical sphere, AIAIAI has served some of the world’s biggest producers, DJs, selectors, radio hosts, podcast heads and audio technicians. But it was only a matter of time before AIAIAI’s iconic headphones moved wireless to provide for a different demographic of music lovers.

It’s in the name: AIAIAI’s TMA-2 Move XE are made for on-the-move listeners, stepping away from their regular studio design made for the beatmakers and deck wielders. The audio company previously trialled its award-winning headphones wirelessly in 2020 with the TMA-2 HD Wireless, but this updated version gives the headphones an enormous upgrade.

Read this next: You can now buy headphones made out of recycled vinyl

While this headset’s main selling point is their portable wireless functions, they still come with a connecting cable for those looking for some studio action. They’re remarkably easy to piece together, too, coming in several parts: a modular headband, two closed-back speakers, and two REPREVE earpads made entirely of fibres from recycled plastic bottles that would otherwise end up in landfill. The brand’s commitment to sustainability also runs through to the recyclable plastic and packaging that the XE’s come packed in. Each component clicks easily together, suitable for anyone with or without experience.

Once pieced together, these headphones become extremely lightweight, impressively sound-isolating, bass-focused tech. Although they could do with the ability to fold up or enable the earpad flexibility to twist when sitting around your neck, the XE’s rarely feel like an inconvenience. Uber nimble, the audio tech still bears an impressive sound. 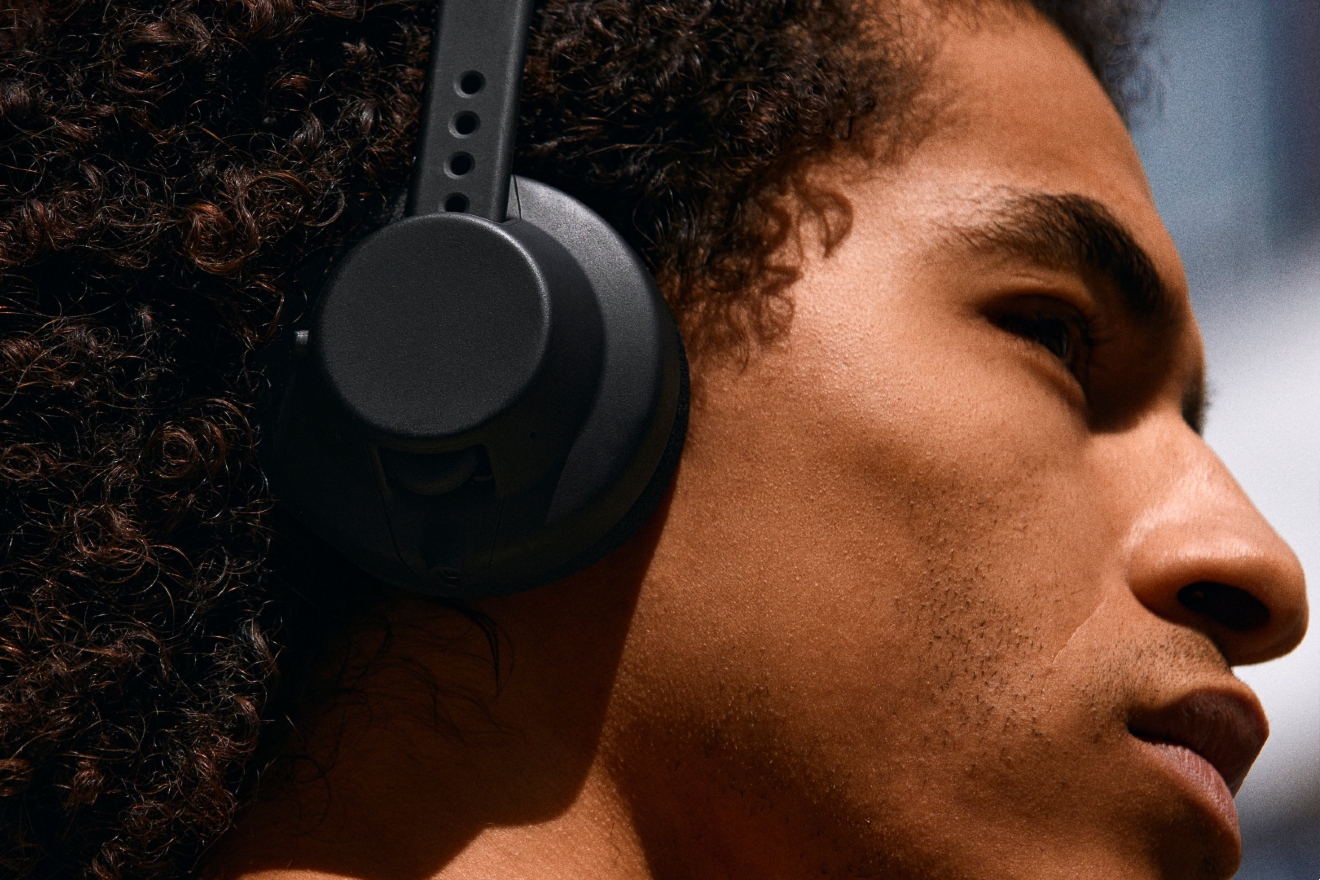 When it comes to sound, these headphones don’t disappoint. AIAIAI’s wide-ranging selection of tech is often known for being eager on the low-ends and these come through once again with an impressive bass-heavy sound. Volume isn’t an issue either - the headphones boast a full, broad range of sound, although slightly lacking on the mids and highs in comparison to the intense and fairly hard-hitting low-end.

An intuitive multi-function joystick on the side of the right headphone allows you to pause, play, skip, and go back to a song of your choice without having to touch your phone. This also doubles up as the on-off button and Bluetooth 5.0 pairing function, although it can become a little fiddly with its miniature size. It’s a feature not used on the headphones’ professional studio range, but feels handy for on-the-go music listeners and at-home workers. Additionally, duel microphones are built into the headset for easy calling, which sounds equally as crisp as its sound offering.

The sizing of the XE’s, however, could be adapted. Although the earpads are extremely comfortable, they can feel a little tight on the ear in comparison to their previous studio models. Something else that the XE’s don’t offer is a case for these fairly agile headphones, which means carrying them around if they’re not in use - or hoping for the best when you put them in a busy bag with all of your belongings.

Read this next: The 8 best DJ headphones

While 40 hours of playback time might sound ludicrous, the XE’s hold true to their promised battery life. Hours upon hours of playtime barely see the battery bar budge, and even after a week or two of constant use, don’t require any charge. These headphones are a feat in both sound and playback time and are perhaps AIAIAI’s most impressive tech upgrade yet - perfect for morning commutes or those work-from-home Zoom calls.