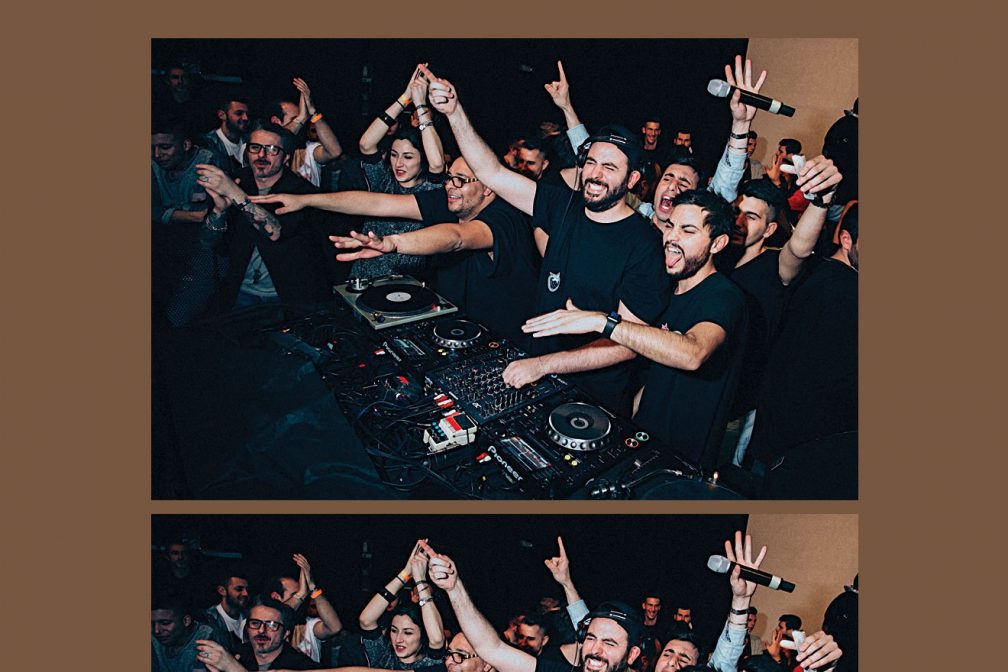 “It was a sacrifice; my friends were going on holiday but I was saving up for records,” he recalls. “I felt that I wanted to escape from there. My friends were saying ‘Come and play PlayStation’ and I was like, ‘No, I’ve got to stay in the studio.’ I didn’t even have one friend who I could talk about music with”. Instead, he became a recognisable figure in Tuscany’s clubs during the 2000s, when venues like Frau Marleen and Tenax set the agenda for house and techno in Italy. He was so glued to his spot next to the DJ booth that the owners would try and shoo him away. “They were like, ‘Come on, go and dance’. It’s not nice to see a guy standing right next to the DJ. But I didn’t want to dance like a crazy guy, I just wanted to be there.” When his friends set off for university he began taking residencies at local clubs and even helping out the club owners at Frau Marleen, who made use of his English skills to communicate with their international bookings. “I was like, ‘Oh god, I have my chance!’” He appointed himself unofficial driver just so he could ask them questions: “I was so happy; coming from my town I’d never had the chance to talk about music,” he says. With typically Italian bravura, he would use the time to play some of his demos in the car, watching, waiting for their reactions. “Some would say, ‘Yeah, it’s good,,” he says. “But the expression tells everything.”

Nowadays, of course, he frequently shares the bill with the international stars he used to drive around. “I played with Len Faki last week. I asked him,
do you remember me?” He laughs his infectious laugh again – of course Len did. What’s more, Marco’s now a resident at Tenax, the famous Florentine club that helped shape him a decade ago. Of all the achievements, it’s this that he’s most proud of. “When I started DJing I wasn’t thinking of playing outside my home town, because these clubs were so far away and I felt so small,” he recalls. “I still remember the first record I played there; my hand was shaking.” He mimes putting a needle on the record, reliving it. “This club was my first dream, my first love. It was like: this is really happening. The owner was next to me because he knew me from when I was a kid, standing by the DJ booth.”

Now it’s the turn of others to watch Faraone. At the club in Modena, a group of young guys – teenagers really – wave their iPhones, iTunes open, displaying the artwork to the first release from ‘Uncage’. It’s a cute gesture, but nothing compared to some of the gifts he’s received from fans. “In one club in Naples they brought me a kilo of mozzarella,” he says. He’s joking, right? “I swear! It’s an Italian thing – the crowds are so warm.” He repays this warmth with hugs and selfies before bringing down the house with a blisteringly tough techno set. By the end, the sheer amount of bodies on stage are causing the needle to jump, still, it’s clear from his dancing that he’s having the time of his life. The next day, somewhat unsurprisingly, he messages to say he missed his train. “It’s OK, I slept a bit more,” he says, never one to fuss. Why rush when you’re making such great progress, anyway?

Marco’s new track ‘Climax’ is out now via Drumcode. He plays Extrema Outdoor Festival, Belgium, in May