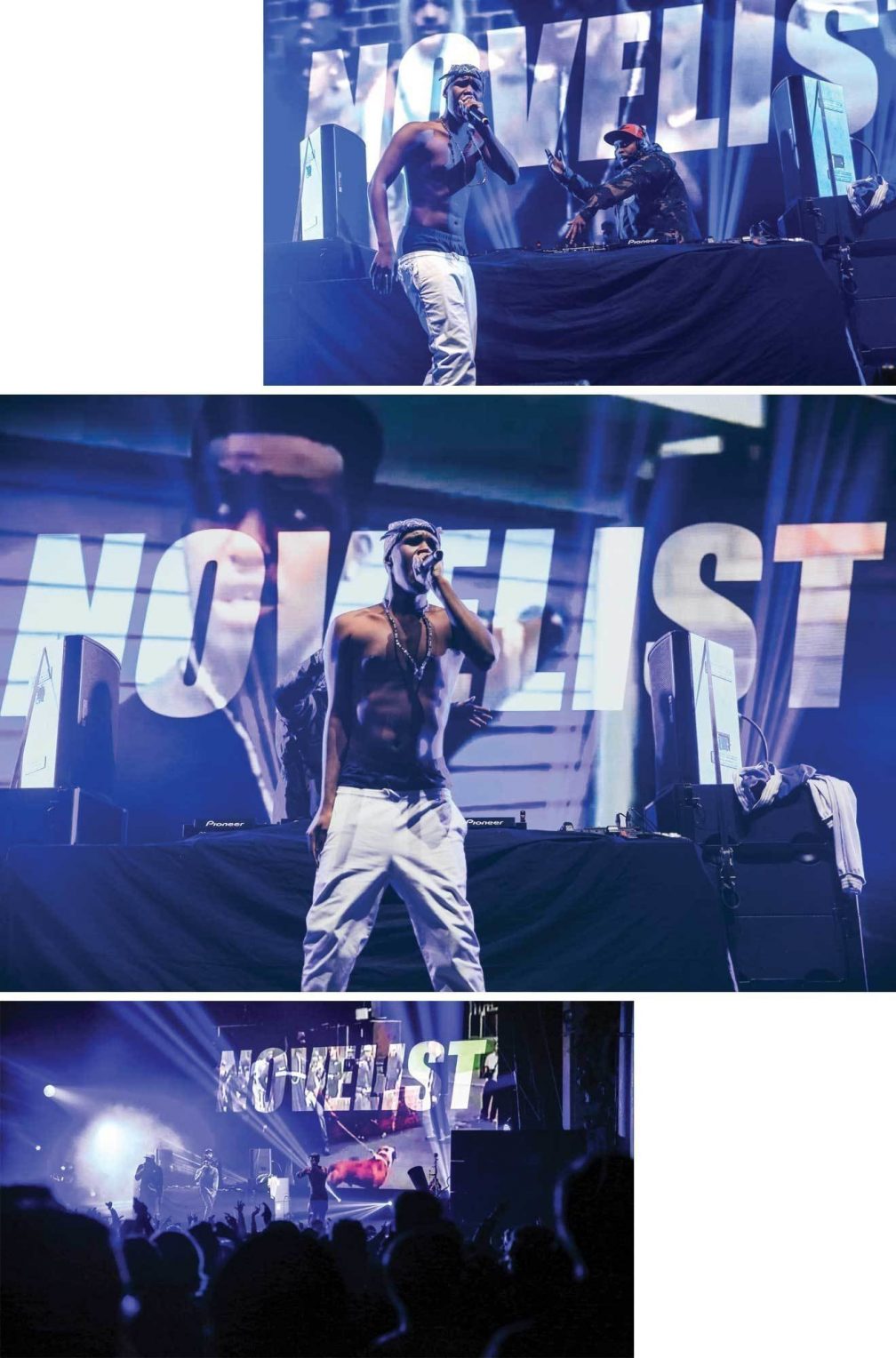 Last year’s video for ‘Lewisham McDeez’, a spoof get-together of fast food’s finest, is proof that Novelist advocates youthful fun and games, but there’s also a mirroring of punk’s no-fucks-given element. Spray-painting walls in the video for Ministry Of Sound-released ‘Endz’ attracted the police and, a few weeks after telling us he “feels like making a send” for David Cameron, he uploaded a devilishly chilling instrumental entitled ‘David Cameron Riddim’. It’s on ‘Street Politician’, co-produced with DJ Rashad and Machinedrum collaborator Nick Hook, that he really verbally assaults the UK prime minister, viciously unpicking his admission that “keeping people safe is the first duty of the government”.

Leaning over the arm of the sofa, carefully bouncing his iPhone off the floor, Novelist isn’t the most patient interviewee – albeit more dreamy than rude. But a mention of the UK government, Cameron especially, whips him back into life. “He just doesn’t understand. Stop acting like you get it. It’s OK to be a bit out of touch. Just say you’re out of touch. He’s never been in a predicament where someone’s pulled a knife on him for no reason. For him to be calling everyone thugs, he has to understand why people are the way they are.”

Having quit a music college course to focus on his career as an artist, Nov reckons that, for him, the time involved in the music industry has been far more beneficial and substantial than the hours spent in education. “The game’s taught me to spend time doing what you’re doing and getting better at it. People like Pharrell last forever because they sound good. I’m trying to be one of those guys.”

Maybe that’s why he says he might not drop an album for years, as if to ease the pressure on himself. That’s despite announcing last year that a self-produced LP was complete. He also says he doesn’t feel the need to perform on massive stages, but, bothered or not, he doesn’t have any trouble bossing them. Back in Brixton, he tests who’s louder out of the north, south, west and east Londoners in the cavernous, art deco auditorium, standing on speakers and coaxing bellows of “hell yeah”. The callous ‘1 Sec’ gets a rewind before Nov immerses himself in the litter of sweat-soaked bodies in the first few rows. GIF footage of his ‘Endz’ video blankets the back wall; there’s no danger of those unfamiliar with him not knowing who’s on stage thanks to ‘Novelist’ plastered across it in chunky white capitals.


It’s through that very name he’s intent on making a change for youngsters, disheartened by the continued closure of youth clubs (a 2014 report revealed 350 had been shut across Britain since 2012). “Some negative things that have happened to me probably wouldn’t have happened if I had more shit to do when I was younger,” he states, clearly angered at the blight of youth services. “As soon as they closed them [youth centres], the crime rate went up again.”

Equally uninspired by UK education policies, he’s passionate about dispelling the notion that the only path to fulfillment is glowing exam results and university. “It might sound like a cliché, but it’s part of my agenda to help people,” he says. “Like, I was never taught about tax and VAT and all of that stuff that’s really important in life. If I was mayor I’d try to enforce something in the education system that teaches young people how to be their own boss, rather than working for someone else.”

Confident in his ability and courageous in his plan to stay independent, anyone looking to meddle with his vision might as well think again. “It has to be Novelist with the Novelist energy and Novelist sound,” he tells us. “You can make millions being yourself. They just don’t teach you that because they’re scared to let that happen.”

He may be unhappy with what the education system taught him, but he was more than happy to listen to his uncle’s teachings as a six-year-old. Possibly the most beneficial education he’s ever had, it led him onto a life of grime and began the journey to his current status as the voice of the genre’s second generation.

Novelist 'Bigger Man Sound' with Chase and Status is out now on MTA Records. Catch him play Mixmag Live at The 100 Club tomorrow (March 3)