Teni Apata, 26-year-old Nigerian afropop singer, had all the hallmarks of a superstar before she even released her first song in 2017. “I used to spin at a monthly open live music event called The Kick Back in Victoria Island,” remembers Baingor Joiner, a Lagos-based creative consultant who photographed Teni, otherwise known as Teni The Entertainer, for Vogue recently. “Teni came in towards the end of the show and it was the first I had heard of her, but she instantly touched everyone in the space with her funny way of MCing. I think she freestyled and interacted with the crowd for eighty per cent of the time she was on stage, only playing the actual song she came for in a small portion of her set.”

Indeed, tomboy Teni’s easy manner and relatability is one of the reasons fans love the durag-wearing artist from Lagos so much. Before she started officially releasing her unique hybrid of afrobeat, pop and rap, the sneaker aficionado would post comedy videos and freestyles to her Instagram page, which quickly won her a huge following – currently standing at 2.8 million.

Read this next: Exploring Nigeria's vibrant dance crew and DJ culture with BudX

“Teni is that cousin we all have who’s not afraid to speak her mind,” says electronica producer Ekiti Sound, one of the founders of Lagos Music Conference. “Her Yoruba/Nollywood-esque sense of humour, where she’s climbing out of the back window of a jeep or performing a cartwheel, resonates with people from six to sixty years old.” 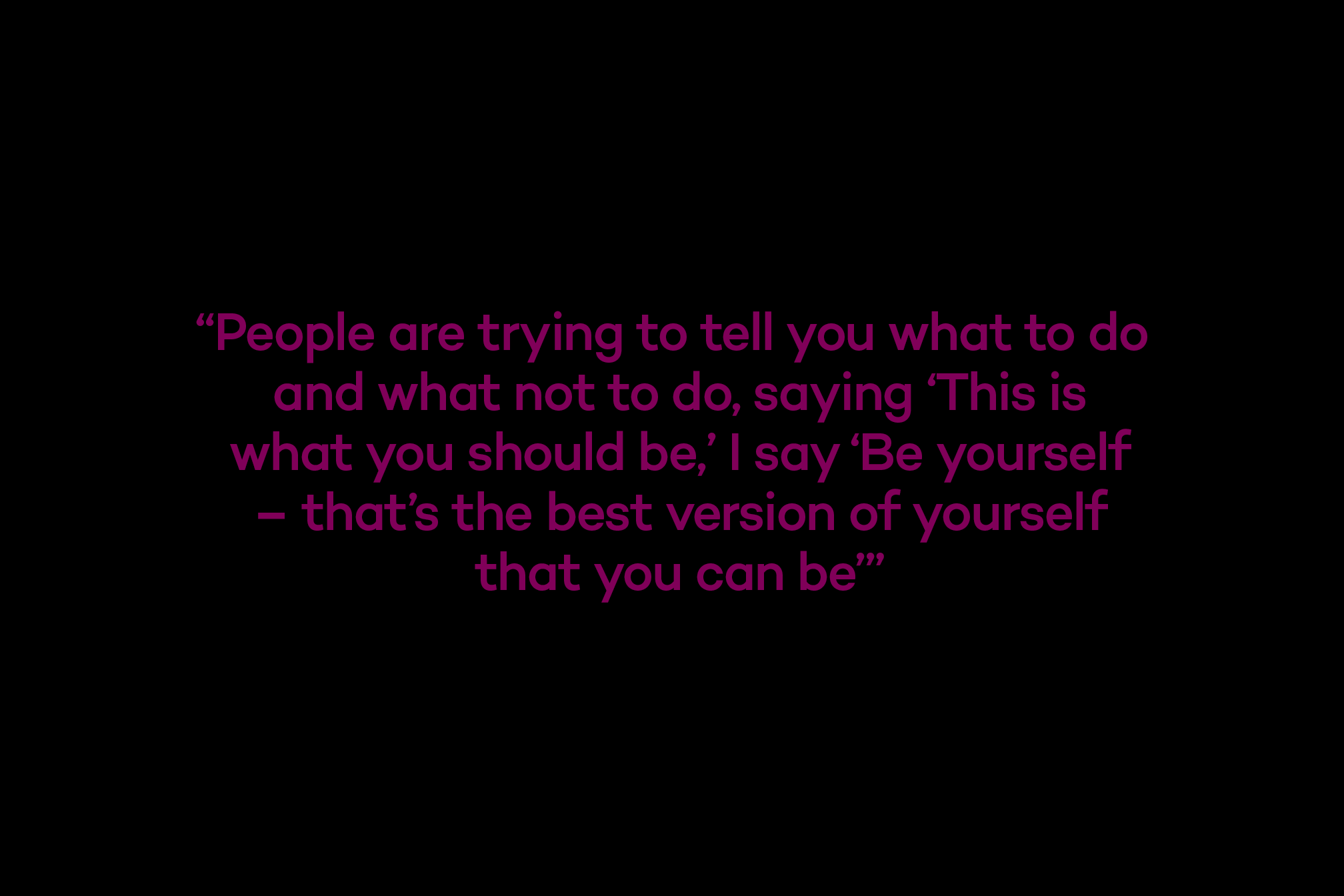 Teni’s outspokenness has led her to take on controversial issues in the patriarchal West African country, such as sex education and rape culture, which she calls out in her 2017 breakout song ‘Fargin’, while in 2019’s ‘Sugar Mummy’ she directs listeners’ attention to derogatory terms hurled at women – something she’s on a mission to change through her music. And it’s not only gender-based issues that she can spin on their head: Nigerian culture’s onus on showing off is dismantled in the 2018 track ‘Fake Jersey’, while more personal topics crop up in her slower numbers. On ‘Wait’ she explores the grief she felt at the death of her father, who was assassinated when she was two years old, leaving her mother to look after Teni and her older sister Niniola (also a well-known Nigerian singer).

But while Teni’s lyrics usually cover contemporary issues, her musical influences largely come from the past. Inspired by the 70s and 80s linchpins of Nigerian popular music genres juju (derived from traditional Yoruba percussion) and fuji (evolved from indigenous Islamic improvisational music), Teni tells Mixmag that it’s these sounds she’s keen to bring to a younger audience. When we catch up on the phone while she’s on her way to a gig, her car veering through the rush-hour traffic of Lagos, she explains that it’s also these genres’ narrative style of songwriting that she emulates in her own work.

“Fuji has helped me in the sense that the way the fuji guys write their songs is very, very unique – they tell proverbs,” she explains, her calm voice in sharp contrast to the urgent sirens we can hear in the background. “For example, in the song ‘Billionaire’ [from her October 2019 EP of the same name], I’m using a story to tell you what I want to be.” 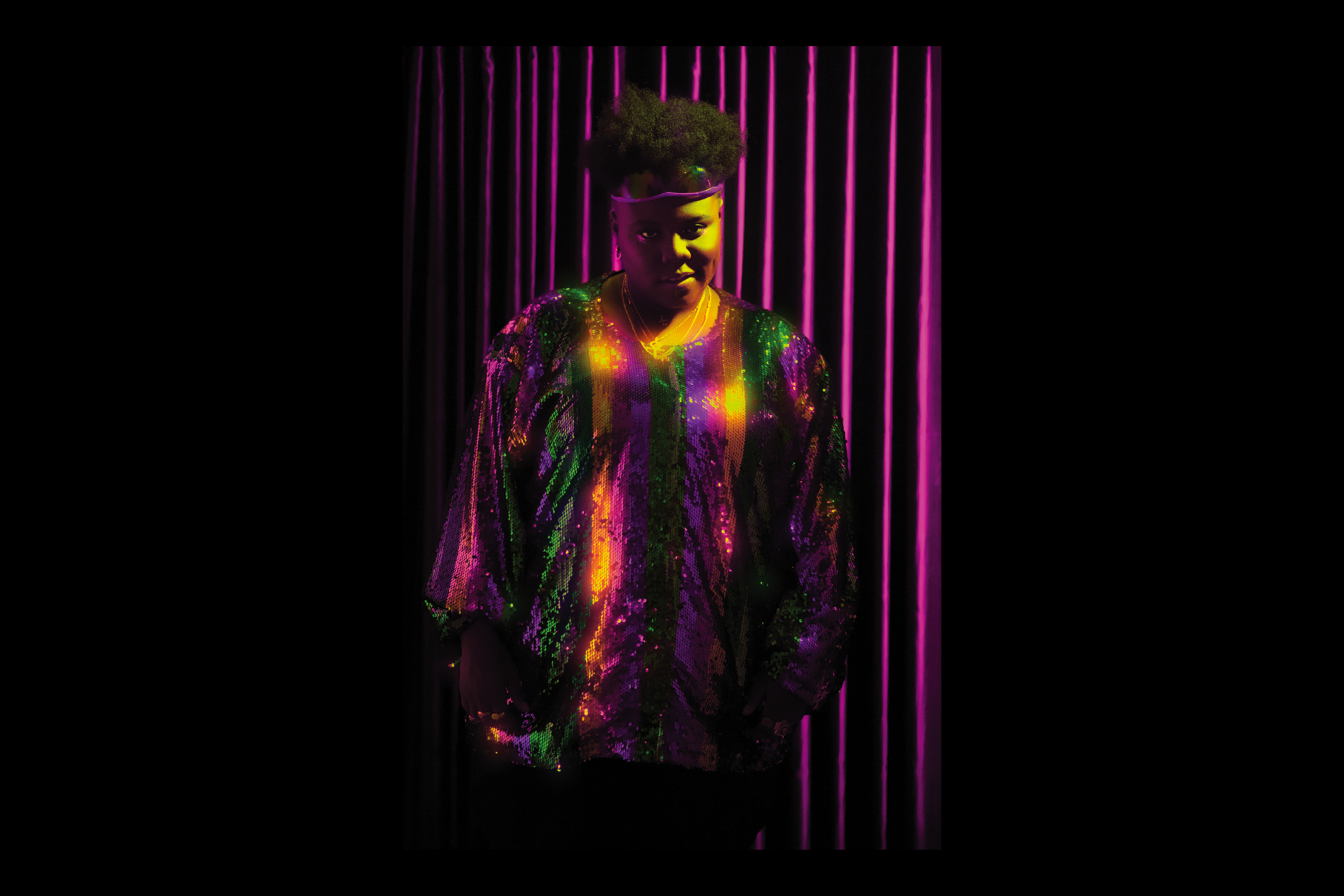 “I wanna wake up in a Lamborghini/I want to chop life on Santorini,” she croons over an afrohouse beat on ‘Billionaire’, her vocal interlaced with guitar-driven highlife melodies. Baingor Joiner agrees that her accessible lyrics have a universal appeal, while also telling Mixmag that Teni’s song-writing is different because “she’s one of the few artists who makes a conscious effort to include the different Nigerian languages in her music.”

Read this next: No bullshit: How Kiddy Smile is turning house music on its head

Teni’s deep connection to Nigeria’s musical past and firm grasp of its languages is maybe surprising given that she spent her formative years in America, where she studied business administration in Atlanta. “College life was just so fun – Saturday football games, going to stadiums full of ninety thousand people, twenty-four-hour food, and the nightlife,” she recalls. But Nigerian music was always on her mind. “I was listening to a lot of Wizkid, Davido and Burna Boy all through college,” she says. And so, when ‘Fargin’ blew up, Teni knew it was time to come home, quickly signing with Dr Dolor Entertainment, a label launched in 2016 that champions emerging Nigerian talent. 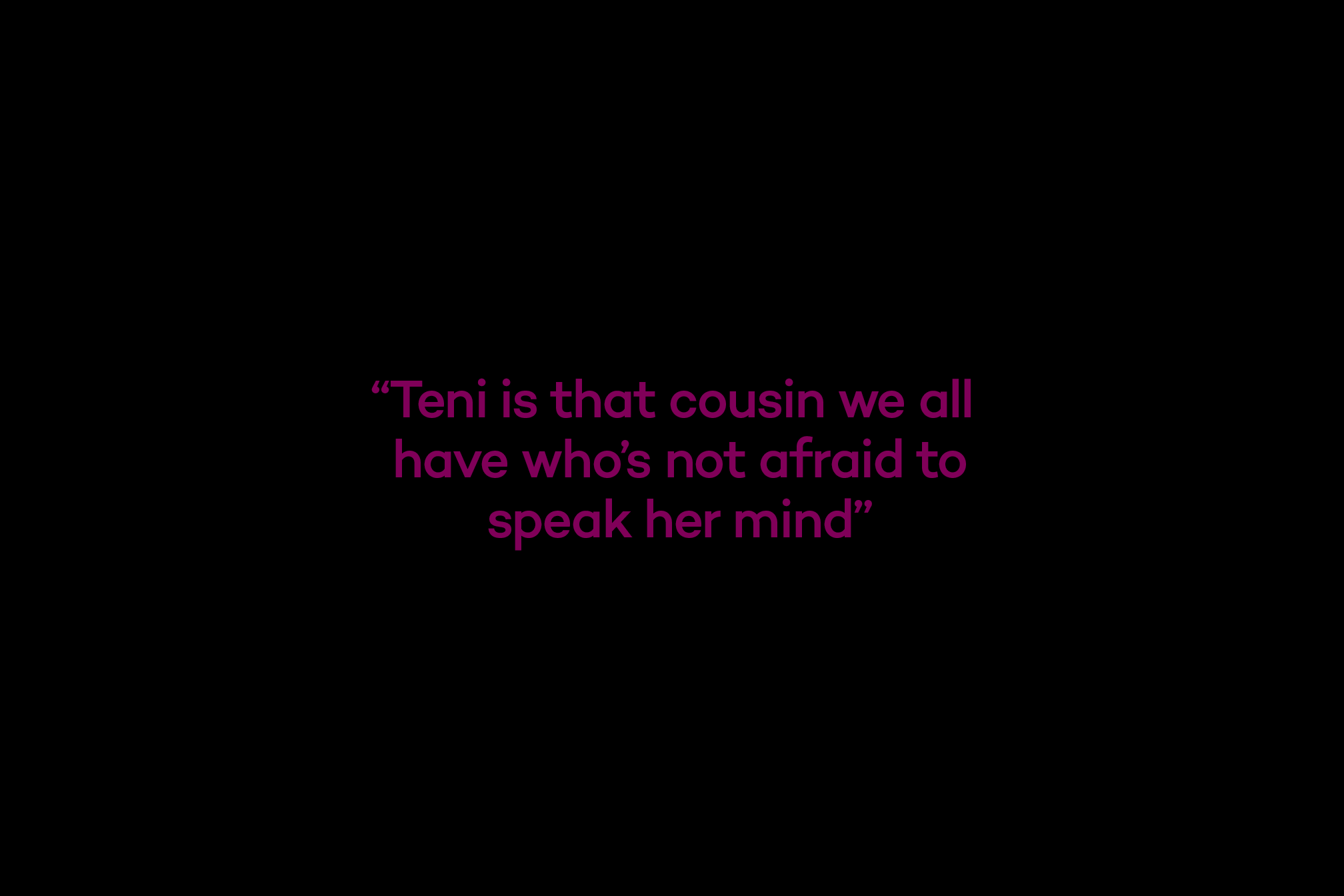 However, as her popularity grew, so did the sadly inevitable backlash of detractors drawing attention to her looks and her weight. “Someone once told me that because I was fat, I wouldn’t make it in the Nigerian music industry,” she said in a OneTribe interview in December 2018. Taking to the stage for a panel discussion at the Mixmag BUDX Lagos event in June, she again brought up the gender inequality that still prevails in Nigeria, and why it’s important to assert yourself as an uncompromising woman and feminist: “Especially in the music space, where people are trying to tell you what to do and what not to do, saying ‘This is what you should be,’ I say ‘Be yourself – that’s the best version of yourself that you can be,’” she told the audience, with Ekiti Sound likening her sense of defiance to the American body-positivity championing artist Lizzo.

Being nothing but herself is certainly working: her skits go viral and her songs inspire dance-offs, Teni fuelling the fire by reposting them on her socials in a neverending interaction with her constantly growing fanbase – all of which makes her a very modern pop star. Having just won four Headies, Nigeria’s answer to the Grammys, which capped a year wowing audiences at festivals across the world from Afro Nation in Portugal to One Africa Music Fest in New York, Teni is not only breaking down barriers in Nigeria, but also among a new generation of artists rewriting the rules of popular music worldwide. And, with a debut album yet to come, 2020 could be her best year yet.