Mixmag Gold profiles the most important artists in electronic music right now. Next up: Nídia

Any artist who wants to stand out from the crowd should aim to create something unique – something that defies easy description. But what if your whole damn scene is doing exactly that? Actually, that’s not even a problem for Nídia, the barely-20-year-old producer whose slippery, futuristic take on kuduro – the heavily percussive, polyrhythmic dance style originally from Angola – has propelled her to the forefront of the Afro-Portuguese club movement with roots in Lisbon’s suburbs.

That’s not the only reason the young producer (formerly known as Nídia Minaj, in tribute to her hip hop fave) sticks out from peers and mentors like DJ Marfox, DJ Nigga Fox and DJ Dadifox. As well as being the most visible woman in a male-dominated scene, Nídia’s geographical distance from her home turf – she’s been living in Bordeaux, France, since her mid teens – keeps her ears fresh and her mind clear as she blazes her own trail. “Everything comes from my head,” she says – there's “no influence from anyone." 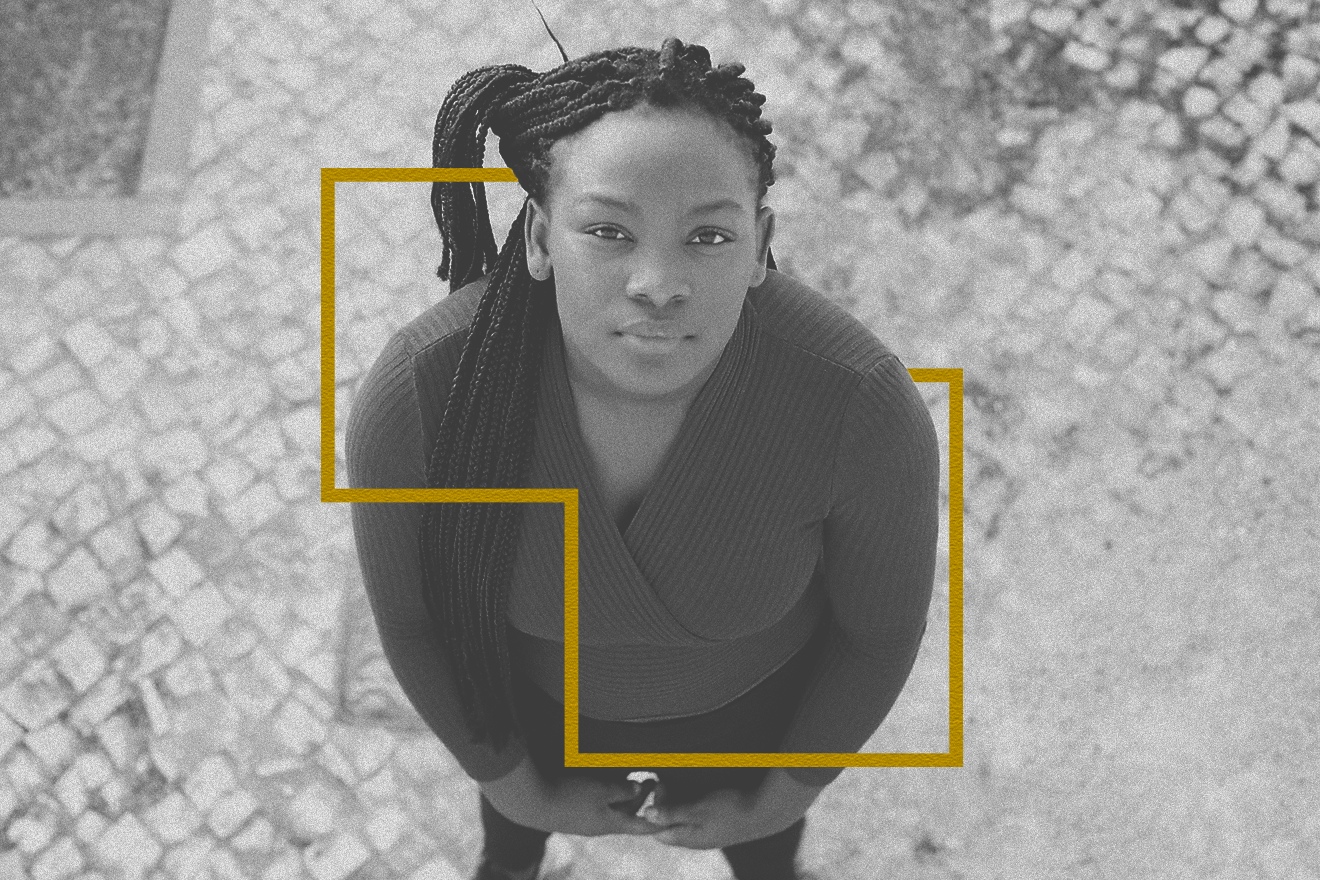 Though only just out of her teens, Nídia has been involved in the Batida scene (short for “Batida do gueto” – the “beat of the ghetto”) for many years, first dancing in an all-girl kuduro crew before learning to make her own beats on FL Studio. In 2015 she released her debut EP on Príncipe, the Lisbon label set up in 2011 to spotlight the city’s kuduro mutations, and since then she’s been balancing her school work with a burgeoning DJ career, taking the wonky euphoria of Batida to dancefloors across Europe.

On July 14 she returns to Príncipe for her – and the label’s – biggest statement yet. Her debut LP, 'Nídia E Ma, Nídia E Fudida' (which translates roughly to "Nídia is bad, Nídia is a badass”) is a 14-track riot, an autonomous, lawless territory of tweaky synths and off-grid percussion where the ass-grinding stutter of ‘Puro Tarraxo’ rubs up against saucer-eyed mongrel-house on ‘House Musik Dedo’ and ghoulish club-noir on ’Sinistro’. It’s something special, and she knows it. “I wanted to jump higher than I had jumped so far,” she says proudly.

We meet Nídia in London, ahead of a DJ set supporting the mighty Alva Noto, to find out why she’s not afraid of imitators, what advice she gives to new producers, and why her parents hate her music (and that’s a good thing).

Why did you decide it was time to release a full-length album?

I wanted to jump higher than I had jumped so far. It was the right time to do it.

The album title is a little bit naughty. Could you explain it?

It's not that naughty, it's a naughty word. Fudida is like badass, like "don't fuck with me".

There are a few different musical styles on the album – what was influencing you when you were producing? Were you listening to any music outside of the Batida scene?

Each sound was made in its own way. Each sound is independent. There was no influence from anyone, just my own, and each track offers something different. Everything comes from my head.

Which track on the album are you most proud of?

All of them. When I make a track I have the same love for each. Like a mother with five kids – she can't pick a favourite one.

One of the tracks is called 'I Miss My Ghetto'. Does that feeling of homesickness affect your music?

Not really. It gives me strength to continue – but I go back [to Lisbon] quite often.

Do you make music every day?

Not at this point, there was a time when I did but not right now. I've got school, and too many gigs, and the gym...

It seems as if you're quite prolific, though – you've been uploading material to SoundCloud as well. How many tracks do you have still unreleased?

I have about 38 tracks that are unreleased. There are loads of others that died. In my shows I play a lot of that stuff, but the stuff on SoundCloud has usually been released.

Have you added any extra equipment to your studio over the years or is everything still done on the computer?

I've got new monitors so I can listen better, I've got a MIDI keyboard. [The production is] better quality. The songs are better produced, particularly because of the speakers, and it'll keep going as I add more.

Where do you like to find your sounds and samples? 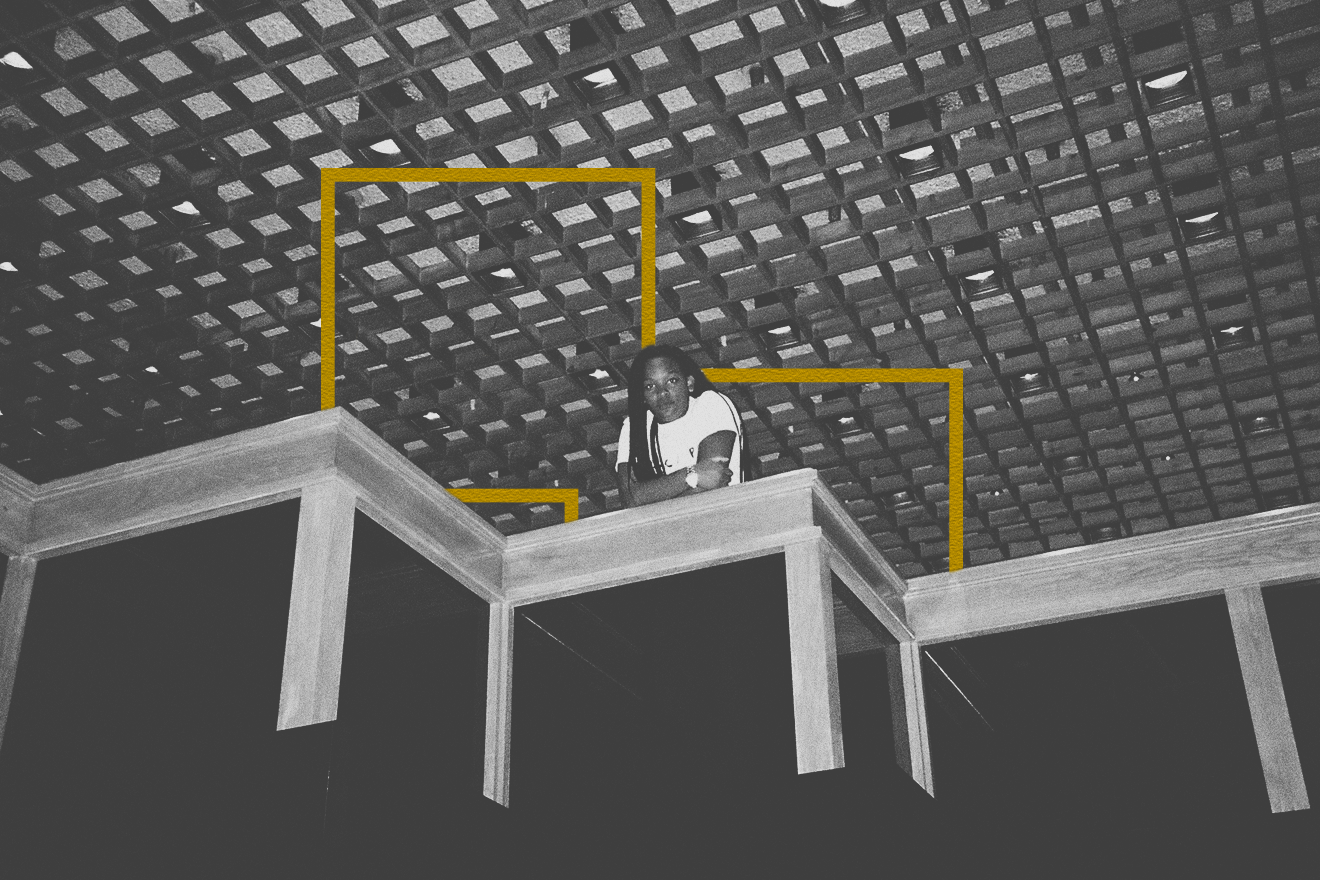 When you're starting to make a track, how do you know when you've got a good idea? What are you listening for?

I start with rhythms and then the melody has to come pretty quickly. If it doesn't, it goes in the trash. It doesn't have to be quick, but sometimes it takes a few days to know if a track is going to be worth working on or not. There's no rush. For example, if I'm composing something but my head is not in it, I stop, do something else. I come back and usually it works out, or I do it the next day and it comes out better than before.

Have you ever thought about rapping or singing on your own tracks?

I sang before with a group. I've got a few rhymes in my pocket, but nothing definite.

When you play your own tracks in your own DJ sets, is there something that you're looking for to know they are successful?

How do you prepare for a DJ set?

I don't prepare too much now. I'll have all my tracks and then see what the feeling is during the night. I'll start with one track and then remember, “shit, I've got this track, this track” – so it's improvised.

How do you feel about taking a very local scene around the world? Do you feel protective of the scene and how people understand it?

It's very gratifying. There's no words to describe the love we get from the crowds. All I can do is be grateful for the love that we get and all we can do is keep doing what we're doing so people will keep enjoying it. We're not that protective because we know we're the real deal. Imitation is an imitation. We do our thing. It's like if you've got an imitation iPhone, you can tell straight away the difference. It's the same thing with what we do. So we're not protective, we're confident.

Are you still studying?

Yes. I've finished high school and I'm going to start university to study nursing. But I'm not sure. [DJing] is my job. Studying is more because of pressure from my parents. They support me – they're not musical though. My mum doesn't like [my music] at all – it's too "chka-chka-chka"! But if she liked it, it would be ruined – if my parents were into it, it wouldn't be very fresh.

What is your best skill that's not related to music?

I play pretty good football. I consider that one of my talents. That's my third backup plan!

When you started out as a producer you got production tips from Dadifox. Now that you're established, do you have young producers asking you for advice?

Yeah, I help out when they ask. It doesn't happen that much anymore because there's loads of tutorial videos these days and the kids go for that, but yeah, when they ask I'll give them stuff that's not on the tutorial videos. There's a few Batida tutorials, not many, but the thing is the videos show how to work the software – they don't teach you the rhythms, they teach you how to get around the software.

So what would your best advice for new producers be?

Don't give up, because a lot of people do give up. You've got to be persistent and stubborn. You have to give yourself the opportunity.

Which is more important to you now – producing or DJing?

DJing. Because when you're DJing that's when the people really listen to your stuff and realise you're badass. You can listen to Beyonce on your headphones and it is what it is, but when you see her live you realise she's badass and you go, "wow".

Do you think we'll see more women producers making kuduro-influenced style of music? Why aren't there very many at the moment?

I would like to see more women producers, because it would make women more prominent in the scene. Maybe women are not patient enough, because you need a lot of patience to produce.

What is the important thing you've learned since your first record came out?

That without work you won't go too far. You've got to work hard to get the results.

Lawrence Abbott is a freelance artist and regular contributor to Mixmag. Check his website here