Brooklyn. Once an industrial wasteland where taxis wouldn’t dare go, now the epicentre of electronic music in New York.

Its unique urban landscape, all inner-city canals and abandoned buildings that line the waterfront – relics from the area’s heyday as a hub for the shipbuilding industry – provide extravagant, one-of-a-kind locations for raves, DIY events and after-hours parties, which begin at around 4am and stretch long into the morning.

From warehouses, lofts and abandoned churches to former submarine manufacturing plants and 130-foot-long ferries reborn as party boats, it’s safe to say Brooklyn’s physical makeup lends itself to a proper party. In addition, the borough’s diversity creates all-inclusive raves where partygoers of all ethnicities, genders, religions and sexual orientations are welcome.

“Brooklyn is filled with culture, naturally, just due to the fact that every other city from every part of the world has already been mixing it up here,” says world-renowned DJ, producer and Serkal record label owner Dave Rosario, a NYC veteran. “It’s a diverse place to begin with. So right off the bat, it’s artistic, it’s the biggest melting pot in the world. It houses every type of ethnicity.

“Musically, what makes Brooklyn different is, it’s not bougie like Manhattan,” the Sankeys global resident DJ continued. “You strip away everything like bougie people, shopping mall tourism and bring it to a warehouse with half the production and people are there for just music. It weeds out the people that would be there in high heels or that want to be shown off buying bottles.” 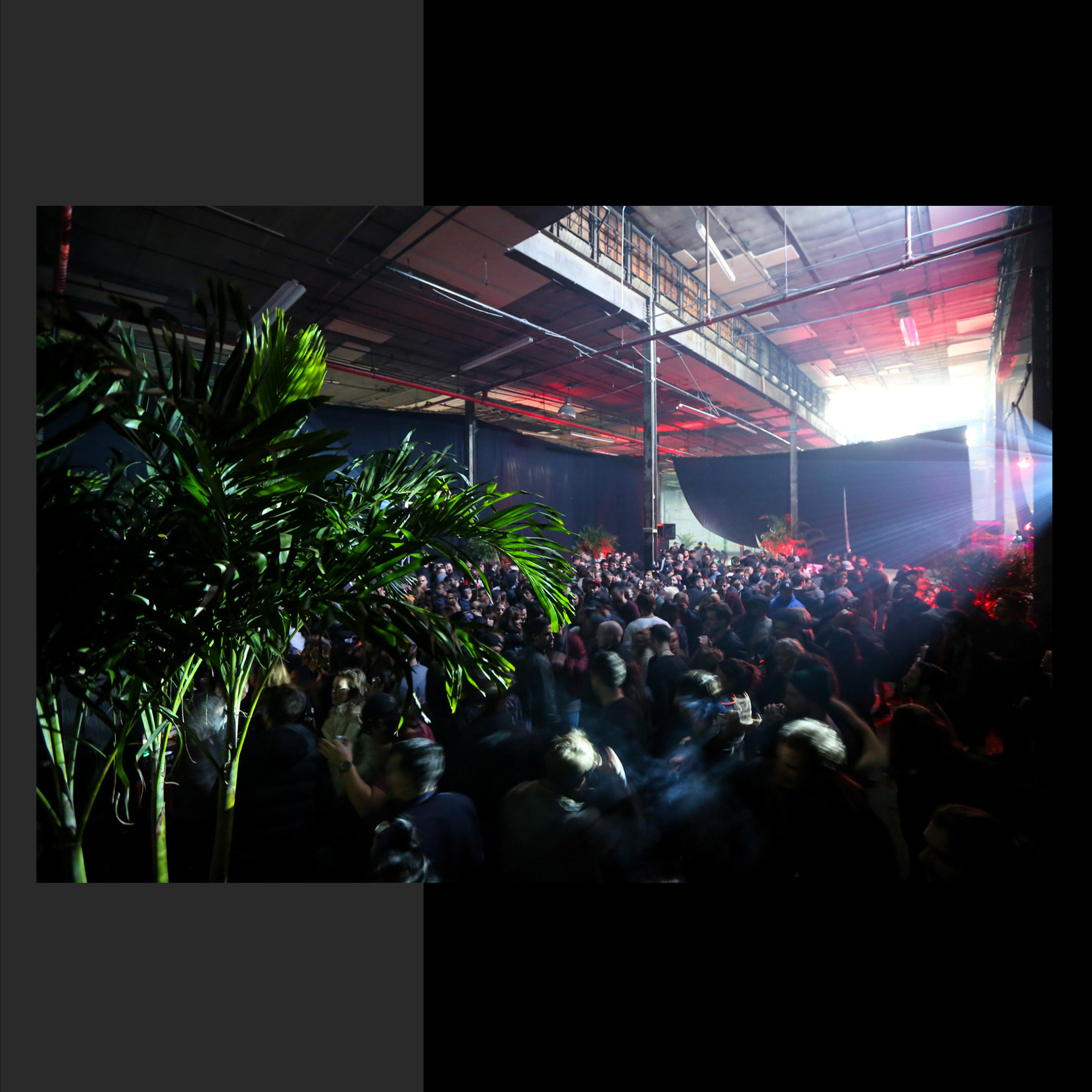 At a Brooklyn after-hours, guests can expect an eclectic mix of sounds. They’re just as likely to hear industrial techno and jacking house to a live clarinetist. And the gatherings will be equally packed for an open-to-close Dixon set as a line-up of only local talent because people come for the party, the atmosphere and the experience.

New York isn’t called the City That Never Sleeps for nothing. Quite literally, there is always a party to be had. While the majority of the city’s after-hours occur at weekends, if one knows where to look, they can be found on any given day. The parties traditionally begin at 4am, when regular clubs close, and run well into the next day; remaining open as long as people are still dancing.

“After-hours are something that New York is notorious for,” says Rosario. “House music has always seemed like that 4am time period when every other club would close in the tri-state area. New York DJs ended up being some of the guys who influenced the whole world. All of the big New York legends they took on 12-hour marathon sets. Junior Vasquez, to Jonathan Peters, to Danny Tenaglia, New York was always more resident driven.

“All the tourists and people there just to party become separated from the people there for the music,” he continues. “There’s no alcohol being served, but something else makes people loosen up at that hour. People get freaky. It’s always seemed like the big-league dance music DJs, especially the ones in New York, the most diva, empowered disc jockeys; that was their hour. Nothing went on until 4am.” 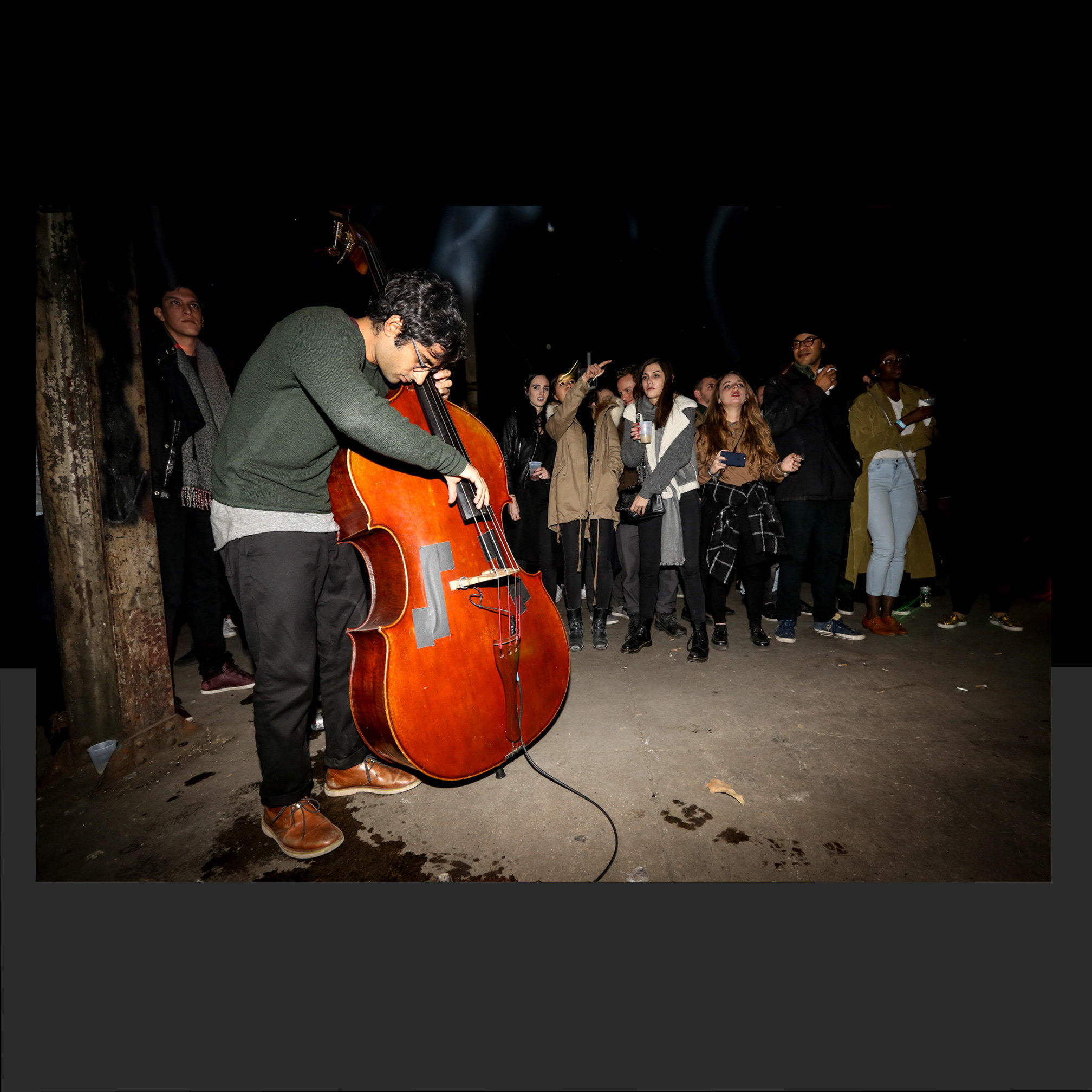 The most popular after-hours include ReSolute, Blkmarket Membership and Bushwick A/V, although others exist under the radar. While all of them are dark underground affairs in gritty venues, they differ in their vibes.

ReSolute hosts old-skool artists like Andrew Weatherall as well as Cap, Mandar, Zip and the [a:rpia:r] crew. The music tends to be slower and more relaxed, featuring extravagant production.

Blkmarket Membership, on the other hand, hosts larger underground names and covers a broader scale of music. Its bookings veer towards darker, heavy-hitting techno with upcoming bookings including Dixon, Carl Craig and Moodymann.

“Nobody at Black Market would book what ReSolute would,” Rosario explained. “There’s a little bit more of a specific sound and format and choice of bookings that goes into ReSolute.”

Lastly, at Bushwick A/V, attendees can expect to find established musicians like François K, Patrick Topping and Green Velvet mixing it up with local up-and-comers. While the other parties change venues constantly, this is the only one with a permanent location, boasting an outdoor rooftop and a main room. Come summer, the outside area features lighter, airy vibes, while the inside presents a darker array of sounds. 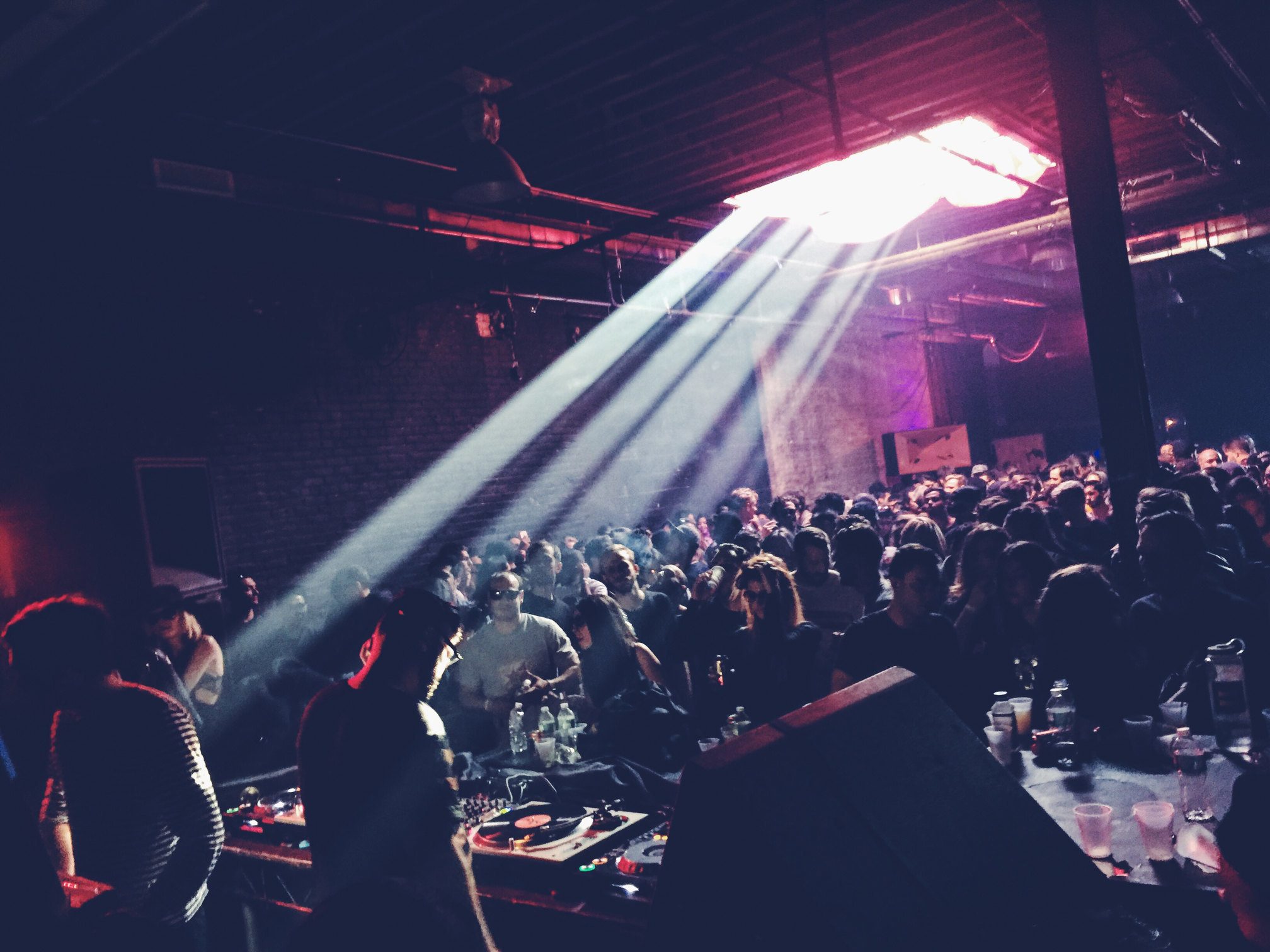 The aforementioned parties are successful because they are music-driven gatherings that support local talent and where attendees are treated with respect. But what further separates Brooklyn’s after-hours parties from those of other cities are the passionate people who strategically and painstakingly curate these affairs.

One such curator is Mehmet Erkaya, a pioneer of the scene who helped start Blkmarket 10 years ago and now runs Bushwick A/V (as well as Brooklyn bar TBA, where Mixmag hosts The Lab NYC).

In a Williamsburg bar, Erkaya — who is single-handedly responsible for bringing the likes of Cassy and Jamie Jones to New York for the first time — revealed the components that go into throwing a successful after-hours.

“If the space is really hot, we rented portable ACs,” Erkaya continues. “If it’s going to rain, we rented huge tents. If there are four bathrooms, we said ‘OK let's get 10 bathrooms.’ We gave people comfort. I got good bartenders. I got guys to clean up the place during the night because if you go to other warehouse parties, you can’t even walk around because there are cans and glasses everywhere.”

For more than 17 years, Erkaya has witnessed Brooklyn’s after-hours scene grow from when there were only a handful of events listed online, to now, when weekends resemble “music festivals” with dozens of parties.

At 4am, when people are at their most vulnerable, comfort is a necessity, and Erkaya asserts that his parties are successful because he provides his patrons with an unrestricted environment where anything goes. DJs can, according to Erkaya, explore opening the minds of partygoers, who are more flexible and pliable from being out all night.

“It was never about making money,” he continued. “Money eventually came but it came after years. But the nature of seeing people smiling, they’re coming to us and saying these are some of the best nights they’ve ever had. I’ve never been to Berlin, but people come up to me and say, ‘Thanks for creating Berlin here.’” 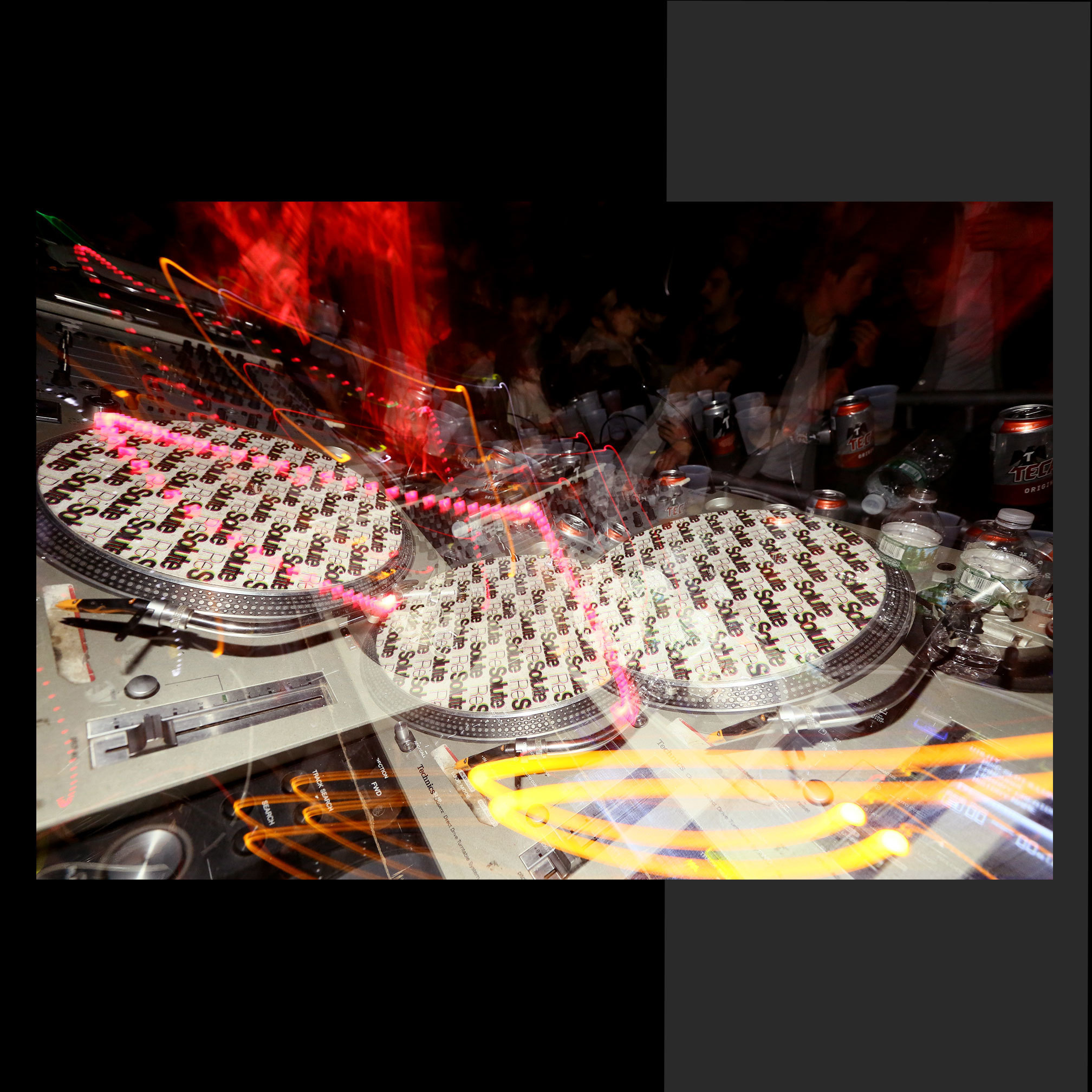 Another stalwart of the scene is Nektarios Ioannidis, who runs ReSolute. Over his 19-year career, Ioannidis has hosted the likes of The Black Madonna, Black Coffee and DJ Tennis, among many others. “It’s the music first of all,” he reveals. “Go for the best music and the spaces, the locations, the venues, the production, the vibes and the crowd. We have really nice crowds coming to our events. Really understanding the music, and because of that, we can follow the artists and create an amazing synergy. Those are the ingredients.”

He admits that ReSolute is popular because it is infinitely changing. “We keep the interest of the people because we are never staying the same,” he says. “It’s a constant evolution. Every three weekends it would be a completely different space. From a loft, to a basement, to a room where they play Ping-Pong in Chinatown, to a synagogue, to a church, to a roof, to a boat, to a garden – you name it.

“Being a pop-up party gives you these nice feelings of all the time changing and finding the spaces for creativity.”

Ioannidis’ favorite party, dubbed 'A Boat Without a Captain', took place on Newtown Creek — one of the dirtiest waterways in America — in a 650-passenger decommissioned Martha’s Vineyard ferry. Attendees arrived on a small motorboat and were required to precariously climb a frayed rope ladder up the ship’s side.

“The trip made it so much more memorable to people because it was so dramatic,” he said. “You go slowly and slowly on the boat and under the bridge and then you start to hear the bass.”

Ioannidis also articulates why it’s imperative to have a quality after-hours: “It’s not natural to have a set time of finishing something. It’s like a relationship or anything you do in life. How long you do something, why does it have to be super oriented and put in time frame? If something feels good, it should continue and not be violently interrupted. Then it loses the essence of natural and free.

“At 4am or 6am, people are still blowing minds and have super high energies. Why turn them down and send them home and destroy that good moment? Same thing with the artists, they might be in some kind of a trance with the music and don't want to go home, so why interrupt?” 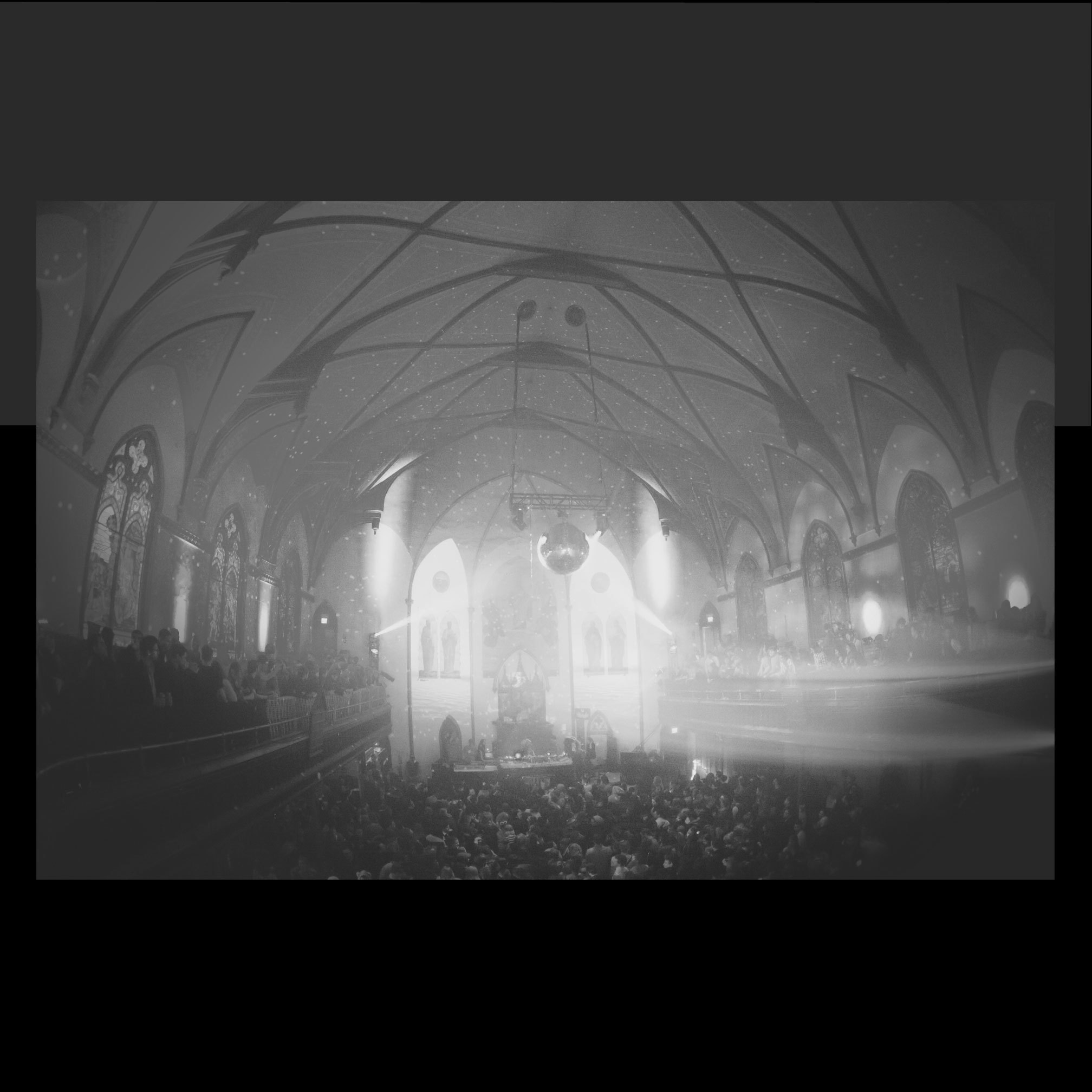 Erkaya and Ioannidis put immense trust in their patrons. It’s therefore in everyone's interests to create secure environments. “It’s an after-hours,” says Erkaya. “We have a real good security team. It’s like a family. They know if somebody needs water. We always take care of each other.”

“I know that by opening some channels, some people's minds and souls are creating a better connection between themselves and the music,” adds Ioannidis. “It’s all about balance. I believe in the kids at our parties. We have smart people that are coming. You can trust most of the people to be wise and understand their limits. It’s about limitations, like everything else – like food, coffee or sex. As long as it’s balanced, it cannot be hurtful.”

As for the future of New York’s after-hours scene, gentrification seems to be its biggest threat as the historically industrial neighborhoods — where these parties are held — are filling up with luxury condominiums.

“Because of changes in club politics, locations, promoters, event planners and the NYPD, it has all caused a shift in where parties are happening and who is throwing them,” says Rosario. “Really cool neighborhoods like Williamsburg and Bushwick have all had some issues dealing with real estate and it’s not so closed off anymore. It’s a lot more people going towards the outer boroughs and it’s caused a shift in all these warehouse parties to a different part of Brooklyn.

“What I do see is a change. It looks like that sacred Brooklyn warehouse reemergence is not coming to an end, but shifting.”

Ultimately, Brooklyn is an enigmatic place. Words cannot do it justice. On any given weekend partygoers never know what to expect, but what they do know is they’re in for a damn good time. Rosario may have described it best: “Brooklyn by itself is different from any city or location on Earth because it’s Brooklyn.”