“Let’s talk real shit!” Beste Aydin laughed as we sat down with a freshly-brewed coffee and tea. It was a grey Thursday in Berlin, but inside her apartment the energy was warm and welcoming when we settled in to philosophise about the future of techno.

Beste, or Nene H as she’s known behind the decks, had just finished a marathon month, following a marathon year, following a marathon end of decade, which saw her take on several creative tasks concurrently amid grieving the death of her father and finishing her masters in music. It was an approach which was tiring even just to listen to, but one which was proving to pay off. Late January saw Beste’s fearlessness as an artist reach a new creative peak when she performed with a live choir of eight male singers from Georgia’s Basiani Ensemble at Berlin’s techno temple, Berghain.

Colliding these two seemingly opposing realities - institutional religion and unbridled raving hedonism - was received wholeheartedly by club-goers and the choir singers alike, marking a victory for challenging perceptions on either side of a moral divide. It was the perfect example of the most consistent thread in Beste’s eclectic musical portfolio: the creation of intimacy between herself, the crowd, and the music.

During our contemplations, Beste spoke candidly about her concerns for techno’s changing landscape amid hyperconsumerism and its impact on artists across the industry value chain, from DJs to producers. That’s a worry that’s becoming more obvious by the day when you speak to people in dance music, but one which for Beste holds an added layer of complexity: carving a path through the expectations and noise stemming from being a Turkish woman DJ in Europe already comes with its own set of unique identity challenges.

“I become a political symbol just because I exist in the scene,” Beste said. “When I talk to people who are producing, I say ‘don’t [try to fit in]’.”

Having been embraced by different queer collectives in cities around the world, the measured thoughts that Beste offers up drip with a sense of gratitude. But her valued reputation in the scene hasn’t come easy. As a classically-trained musician turned techno stalwart, Beste’s diverse portfolio of productions range from the obscure and politically-confronting, to haunting electronic tracks destined for listening to alone in your bedroom. She’s played sets so uplifting and memorable that they continue to be spoken about even many years later. Now as Beste opens up about her hopes for the future, her account is strictly raw, personal, and above all, honest.

Find out more in Nene H’s exclusive Impact mix and interview below. 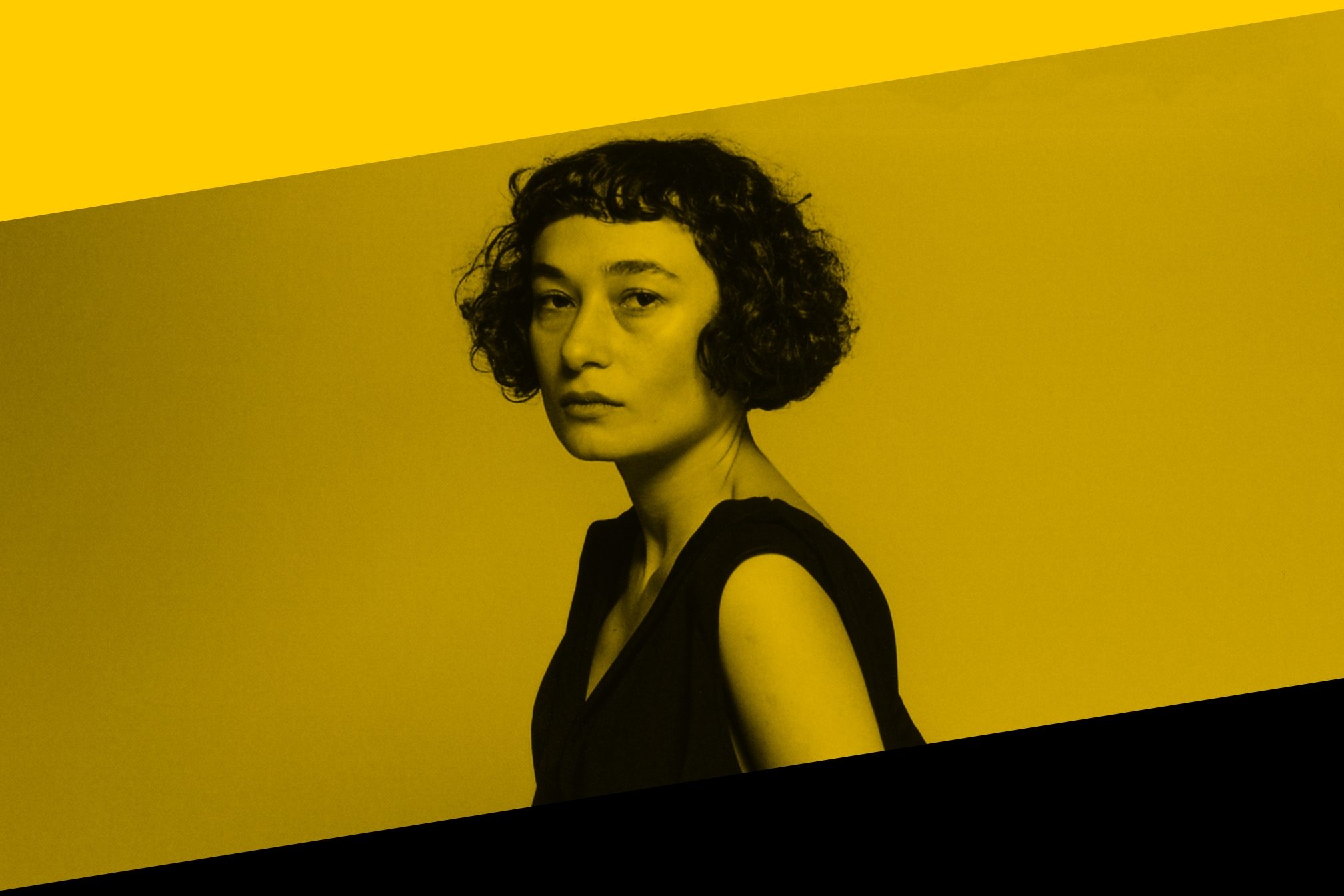 I was in Istanbul for a Herrensauna party recently and it was pretty busy. What do you think the future is for the queer scene there and why did you decide to move to Berlin rather than stay in Turkey?

There are some interesting things happening. Building a scene is very exciting but to make it right takes planning if you don’t want to create weird hypes and actually make it from the heart. When I think about making free spaces for these people it’s hard. For [Turkish people] it’s all about freedom. We are already free here [in Berlin]. We are in a bubble in a bubble. Berghain, Berlin, Berghain, bubble, bubble. We have layers of freedom and they have layers of blockages.

I don’t come from a rich family, my parents are a regular middle-class family. I always worked, and honestly if I go back [to Turkey] I will have to fight more. I already fought and worked so much, so [I wouldn’t move back] yet, but ideally it would be great to share what I have here with there. It’s one of the plans for the future.

I write about the Middle East a lot, but it’s a small [dance music] scene…

Beirut I love! There are some really cool underground parties. [The scene] is one of my favourites because there is a certain kindness from Middle Eastern people. When they are dancing they are so aware of people, always with ‘please’ and ‘thank you’, and it’s never too much, it’s just a true kindness.

Some Arab women producers I’ve spoken to say they sometimes feel there is a certain sound expected from them. Do you feel this way too?

This is everywhere. You want to be accepted as a human being by European people in a very subconscious way. I think it’s a huge psychological thing and I’m still fighting with it. Especially as a Turkish girl in Germany, being accepted is not easy. When I played in Säule [part of Berghain] three years ago, two guys were talking - one said ‘she played amazing’ and the other said ’yeah but she looks very Turkish’. This is in Berlin, the most liberal place, in Säule. So then you think ‘okay my music is great but my looks are not good enough’.

But this is how people cope. Most of our insecurities about fitting in with a certain sound or look come from there. There should be less racism in our community, I become a political symbol just because I exist in the scene. When I talk to people who are producing and trying to fit in, I say ‘don’t’. If you want to copy and do it for the money then do it with open eyes, but don’t try to fit in, don’t fool yourself. Either go like Deena [Abdelwaheed] and do whatever the fuck you want, or do it for the money.

Read this next: Deena Abdelwahed's intense, experimental sonics are the product of political strife

I really associate you with full-throttle techno, but you also have this very experimental relationship with music, like doing these live performances at Berghain but also playing fast DJ sets at parties like Mala Junta. Do you think there’s enough space to experiment at these queer parties?

There is space but I try to separate them a little bit. People who know me know that if they see me at Atonal it’s gonna be different to the club music I’m making. I’m trying to get more out of things, but at the same time it’s getting complicated for me. I know I’m gonna do a mix but I also have two tracks I wanna finish, then I have to finish the music I’m doing for Atonal and CTM Festival... and then I have to practice vinyl! It’s taking time and I could have done it in an easier way. But people who go to Mala Junta expect me to play techno.

We’re seeing a lot of these old skool rave genres, like gabber and trance, making a comeback. Do you think that the fact that DJs are scrounging around for old tracks could be a sign that we are at a standstill in techno at the moment?

Well, I think the scene is getting bigger, but not necessarily better. It’s great for us because we are earning a lot more than a person maybe should from techno and we can live from it. On Instagram people go crazy about a DJ as if they were the Beatles or something! DJing is becoming like pop now. So of course people will try to bring back the soul of [raving] a little bit, but also because the consumer [base] is now massive, and when the crowd gets bigger you have to please them. 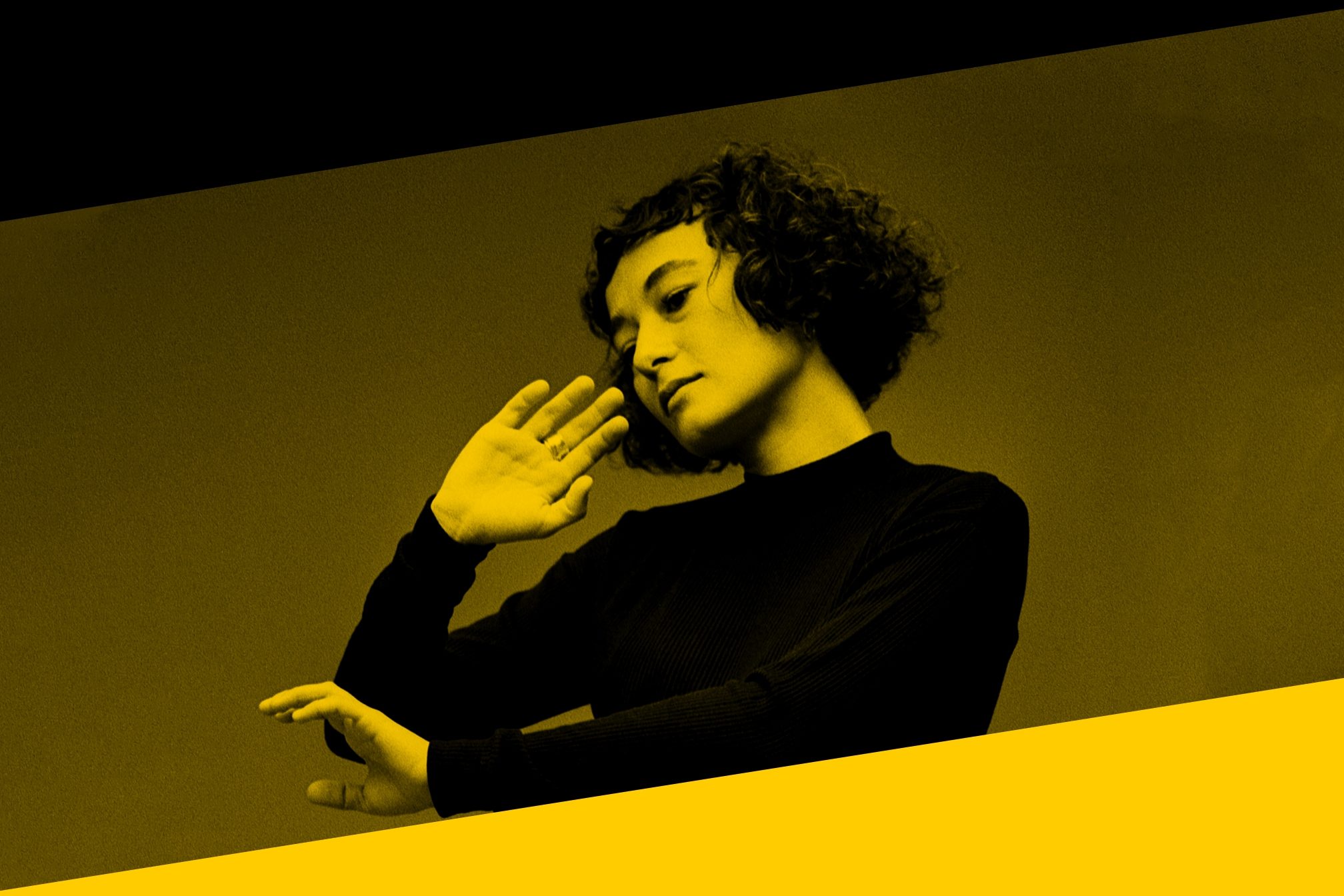 It’s quite a strange time for techno.

It is. I cannot say what is next. It’s a tough question that you asked, and I don’t know how to answer it right.

I’ve asked this question to a lot of DJs and it seems like commercialisation is a big concern for many people. People talk about ‘business techno’…

Exactly. I stay in a classical zone of techno and I trust in techno. I still see the communities that are working and I am lucky enough to be in those communities. I have a residency at Endurance in Copenhagen, which is a non-commercial and 100% DIY party, and they are all about building a scene instead of an industry. It creates another vibe, that feels very genuine and true to the old skool rave vibe. I search for more intimacy and I think that’s what is missing right now - more intimacy.

Read this next: What the hell is Business Techno?

How did you get involved in those parties?

I think the music I play makes sense and fits [with them] somehow. I ask myself if I would be supported and respected so much if it weren’t for the music and, of course, I wouldn’t be, but then they get to know me and they start to like me too. I feel happy and [like I belong], but I am not trying to take advantage of it. I know that it’s not about me, they like me through my music.

If techno is becoming more centred around image, how do you think that affects DJs, producers and the parties they play at?

The questions you ask are really deep! Normally [people] just ask ‘where did your name come from?’ or, ‘what are your top five tracks’’ and I think ‘let’s talk real shit here!’

I think DJing is appreciated a lot. But there are so many sick producers who just don’t look a certain way maybe or don’t belong to a certain group and their productions get lost. People play their music and you hear it in many mixes, but then you look at the artist profile and they’re not getting booked. This is a little bit painful because you think ‘what gives the value of an artist?” Apparently not the productions, it’s not enough. In these consumerist times you have to feed them in every corner. You have to look good, you have to play good, there are so many aspects.

Then again if you’re producing I guess you’re not necessarily interested in DJing.

No, but [the producer] should also earn their fucking money! I always buy my music. Even if they send me the music, I get on Bandcamp and try to support these people. We need a balance here. The money that is going through the scene is not balanced. There should be something like every time you play this person’s mix they get a certain amount from SoundCloud.

I guess the worry is how that will affect the direction techno goes in, because if there’s fewer and fewer incentives then the more talented producers won’t want to produce.

Or they will want to produce something that sells. They will be in a dilemma of ‘should I try something new or put out something that will make 10,000 people scream?’. So many things are a little bit wrong, but the wrong things are also bringing right things. There are certain people working on it, but the industry is huge. I only know what’s happening with my crews.

Can you tell us about your Impact mix?

I demonstrated some techno styles that I’m about. Sometimes old skool, sometimes modern, sometimes hard and groovy, sometimes warm and percussive, and some tracks from friends and family.