To state that today, “Swedish electro house titan Avicii, aka Tim Bergling, was found dead, of unknown causes in Oman,” would be to drastically undersell the legacy of the artist inarguably most responsible for the mainstream pop crossover success of electronic music. Sure, the names David Guetta, Swedish House Mafia, Diplo, Skrillex, Zedd, and Martin Garrix can be discussed in this conversation. But, in the one moment on 2013 single 'Levels' when he melded gospel and house music into a hyperkinetic and spiritual sonic blend that elevated electro into the pop cultural stratosphere, he became a living legend. Thus, a living legend has left us far too soon. Instead of lamenting his passing, let us instead celebrate what made him the kind of artistic creative who crystallized our love of dance and exuberance into a commercial and social pop juggernaut.

Amazingly, though unquestionably gifted as a creative, Avicii never won a Grammy, for any of his nearly 20 global top 10 singles. However, on multiple occasions, for years at a time, sounds he created were the soundtrack of the universe. Maybe, instead of a golden gramophone that was his most significant achievement. Like Kanye West would say, “he popped a wheelie on the zeitgeist.” However, instead of doing so with standoffish braggadocio, he did so with arms wide open, a festival headlining disc jockey at peak hour, unifying a world of partygoers in a harmonious dance. 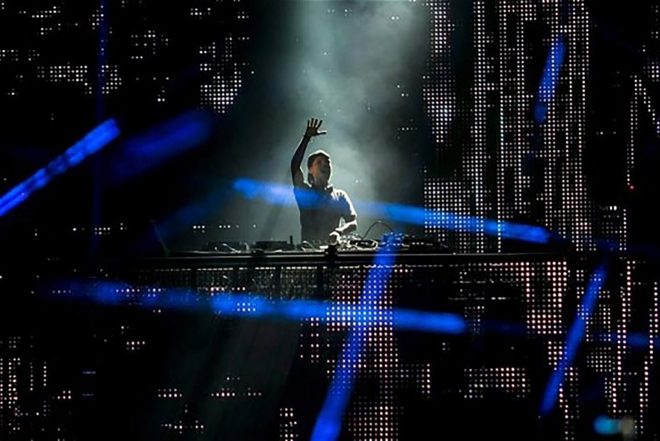 To discuss another musical icon, it was Ray Charles who in blending the religion of the American south with Delta blues and guttural moans on 1958’s 'What I’d Say' fused together the lynchpin foundations of rock and roll. In Mike Evans’ 2007 book The Birth of Soul, it was noted that Charles’ song involved “the dialogue between himself and his backing singers that started in church and ended up in the bedroom”.

Comparatively, what Avicii did by blending the sacred and “profane” by sampling Etta James’ 1962 hit 'Something's Got A Hold On Me' and combining it synths that arced with the strength of stalagmites and the grace of angels was not profane. Instead, it wasn’t in any way salacious at all. Avicii's was merely making well-crafted pop music that showcased his heartfelt desire to honor timeless sonic styles and traditions while updating them for the modern canon of iconic, era-defining music.

Maybe that was part of the issue. Avicii’s music was so good and so instantaneously beloved that between January 1, 2011, and January 1, 2016, he likely played an astonishing 220 DJ sets in 261 weeks. Counted within that number are 26 shows in 27 days in the frigid North American winter of January 2012, plus often, by his admittance, staying up for three days at a time in the studio.

On one of his most beloved hits was 2012’s Aloe Blacc duet 'Wake Me Up' from his critically acclaimed debut artist album 'True'. On this song which has nearly eclipsed 100 times platinum status, baritone crooner Blacc sings, "Wish that I could stay forever this young / Not afraid to close my eyes." This lyric is indeed a turn of phrase related to the idea of staying forever young. However, it’s, in retrospect, given Avicii’s fanciful folk music-tinged production, an admission that he was pleased, proud, and wanting to rest not on his laurels, but in his bed, away from the demands of a life that while successful, was indeed overbearing.

In the midst of all of this, we found time to smile and laugh at the expense of what he had wrought. In 2014, as Avicii was likely recovering from having his gallbladder removed due to his alcohol abuse via touring, Saturday Night Live comic trio The Lonely Island partnered with Lil Jon for an “EDM”-lampooning video short entitled 'When Will The Bass Drop'. The DJ’s name in the sketch? Davvincii. Though in 2014 Skrillex had created bass-bin shattering pop-dubstep remixes of both Benny Benassi’s 'Cinema' and the previously mentioned 'Levels', Avicii was apparently the more easily recognizable crossover electronic music superstar.

Avicii, of course, side-stepped dubstep, future bass, trap, tropical house and every other global pop charting “EDM” movement. Rather, his music erred in the direction of timeless styles, made with such painstaking effort to ensure that they met and often exceeded the existing standards of the genres and impulses in which they were made. From kicking off his career with breezy progressive house smash 'Bromance' and funky disco-aimed stomper, 'My Feelings For You' in 2010 to expanding the expectation of Midwestern American near-country to being the underpinning of multiple ubiquitous global trance-esque pop, smashes like 'Hey Brother' and 'Addicted To You'.

Regarding Avicii’s passing, Diplo stated on Instagram that, “you made me want to try and make dance music when I first heard ‘Seek Bromance.’ And then u [sic] kept making feel like shit cause you kept gettin better and I couldn't even mix a snare right. You were the best of this generation. A real superstar.” Diplo, as compared to Avicii, is a two-time Grammy award-winning producer. Moreover, he has created songs for Madonna, Beyonce, Usher and Britney Spears in the past five years, plus as a member of Major Lazer, created 'Lean On', which, when it hit one billion plays on Spotify, was the most streamed song of all time.

But Avicii - Avicii just made songs that opened modern society and commerce up to the unifying global spirit of electronic music. To quote yet another ubiquitous musical icon in Drake, “they don’t make an award for that.”