Mixmag Gold profiles the most important artists in electronic music right now. Next up: Murlo

New music from Murlo being A-grade material is a banker. There's a top-quality consistency to his zingy, brightly-coloured productions and remixes. His unofficial remix of Rihanna's number one single 'Work' even got the thumbs up from the star herself, so the story goes. A seal of approval from a major league pop star doesn't come as a surprise. Work such as 2014's 'You & Me' and 2015's 'Jasmine' EP could easily slot into daytime radio schedules with their pop sensibilities. It's also not too ridiculous to assume he could experience the same crossover success as Skream did with his remix of La Roux's 'In For The Kill' in the near future.

Releasing since 2013, he's worked on labels such as Unknown To The Unknown, Rinse and Bristol's Crazylegs. Elements of UKG are rife on those, no doubt inspired by Sticky, a major influence for him. Dancehall producers such as Equiknoxx and Anju Blaxx are also favourites of the Manchester-based producer, so a hook up with New York label Mixpak - an imprint which prides itself on soundsystem culture - was a no-brainer. The eight-track 'Odyssey', his beefiest collection of work yet, came out on the label in 2015, melding hypercolour melodies, deep, rubbery basslines and completely rewired vocal chops. 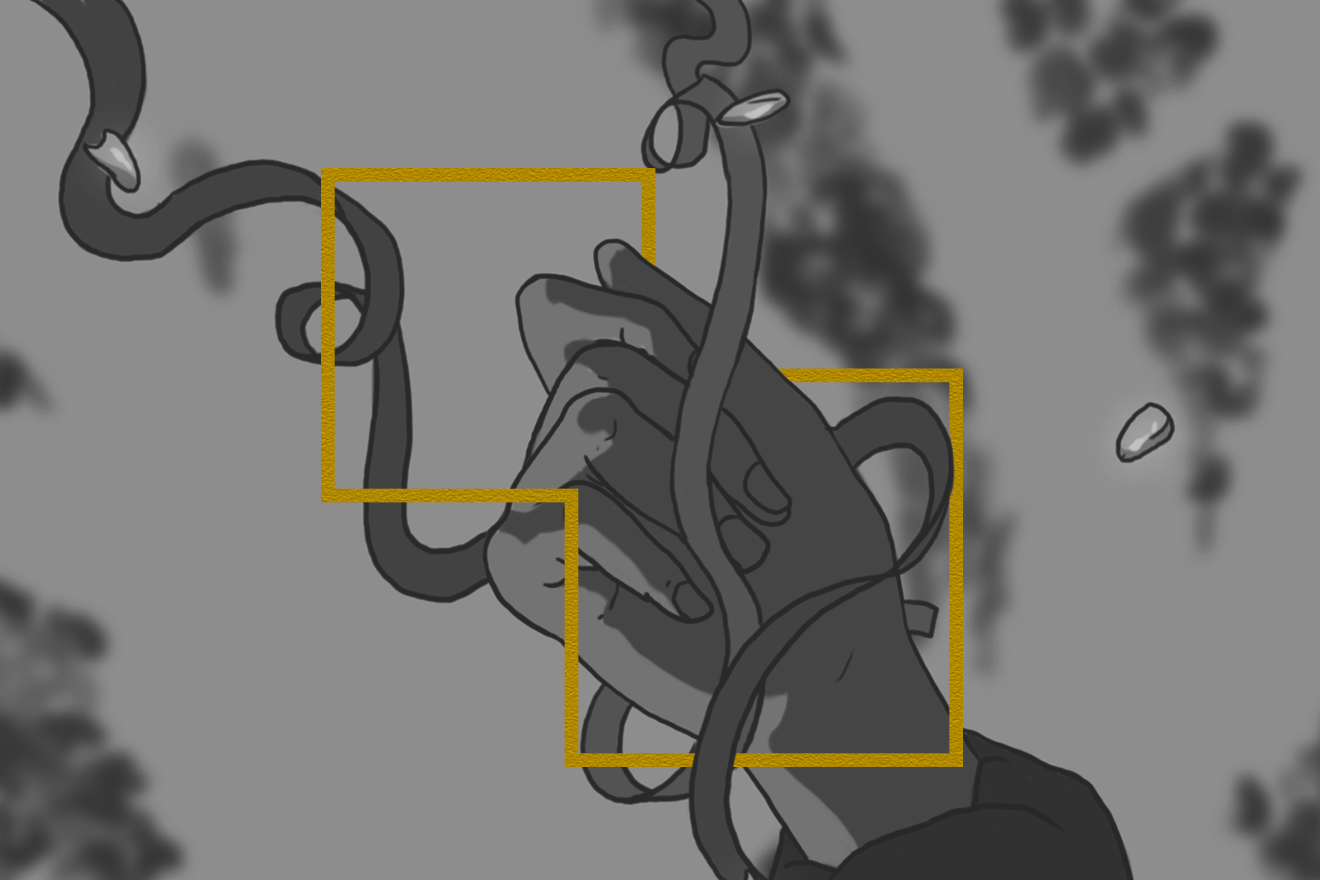 A large chunk of his back catalogue is prime for a club workout, reflected in his fizzing, high-tempo DJ sets for parties like Boxed, Swing Ting and his own Club Shirazz. "It's a mental feeling" when people are going off to your music, he says. However, a love for video games and soundtracks has lead to cinematic themes in his work (check the title track from 'Club Coil'), taking inspiration from composers like Cliff Martinez (Drive, The Neon Demon, The Knick). An illustrator long before he started to make music (he was in his 20s when he first produced), visuals are a key accompaniment to his output, especially on his latest release. The video above takes you into the sci-fi world of 'Club Coil', giving you an insight of what goes on in Murlo's mind.

Now based in Manchester after leaving London, Murlo admits his work rate has improved ("I was very stressed in London"), with more time to be in the studio thanks to a full-time focus on music. With 'Club Coil' having just been released, we spoke to him about remixing Rihanna, his ambitions and developing a sound that is instantly recognisable.

Interview and exclusive stream of 'I Need' below

Rumour has it you had a co-sign from Rihanna for your remix of 'Work'. Is that correct?


That’s what I’ve been told. It’s not something I’ve been certain about. It was quite weird circumstances of how that remix came about and it was a weird period of time for me. I had a huge tax bill and I was staying in all the time, without seeing my friends or anything. It’s cool that it really went off. I wasn’t really expecting it to get the traction that it did.

Would you be open to working with a pop artists in future?

I think so, but I have no experience of what it’s like to have a session in the studio. I’d be up for giving it a go. Being able to have an input for something like that would be wicked. At the moment I’m just seeing what’s coming up and letting it build up naturally. I don’t really have a direction or anything. If I get some time with someone then I’ll do that, but at the moment I’m just going with it.

Your sound has the potential to have crossover success, maybe on the same level as Skream did with his remix of La Roux's 'In For The Kill'. Can you see yourself officially remixing a big track in the near future?

I really, really enjoy doing remixes because it feels like you have the opportunity to do something completely different with it. If something comes through, I really enjoy flipping it and turning it into something it could be. I don’t know if that [crossover success] could happen for me. It’s one of those things when you don’t know what’s going to get really big. There’s no point in aiming for something that’s going to be well received. If people are into it, that’s cool.

What's the idea behind the name for the 'Club Coil' EP?

It’s all hand-in-hand with the visuals. Club Coil was a location of this place that I invented. I’d been doing drawings and it was the name of a club within the video, although only a fraction of it was in there. I’ve been working on another couple of projects and that’s been featured in it as well. I’m really bad at naming stuff. I don’t really overthink things. That name just kind of stuck with me. I liked the idea of a theme and running with it. 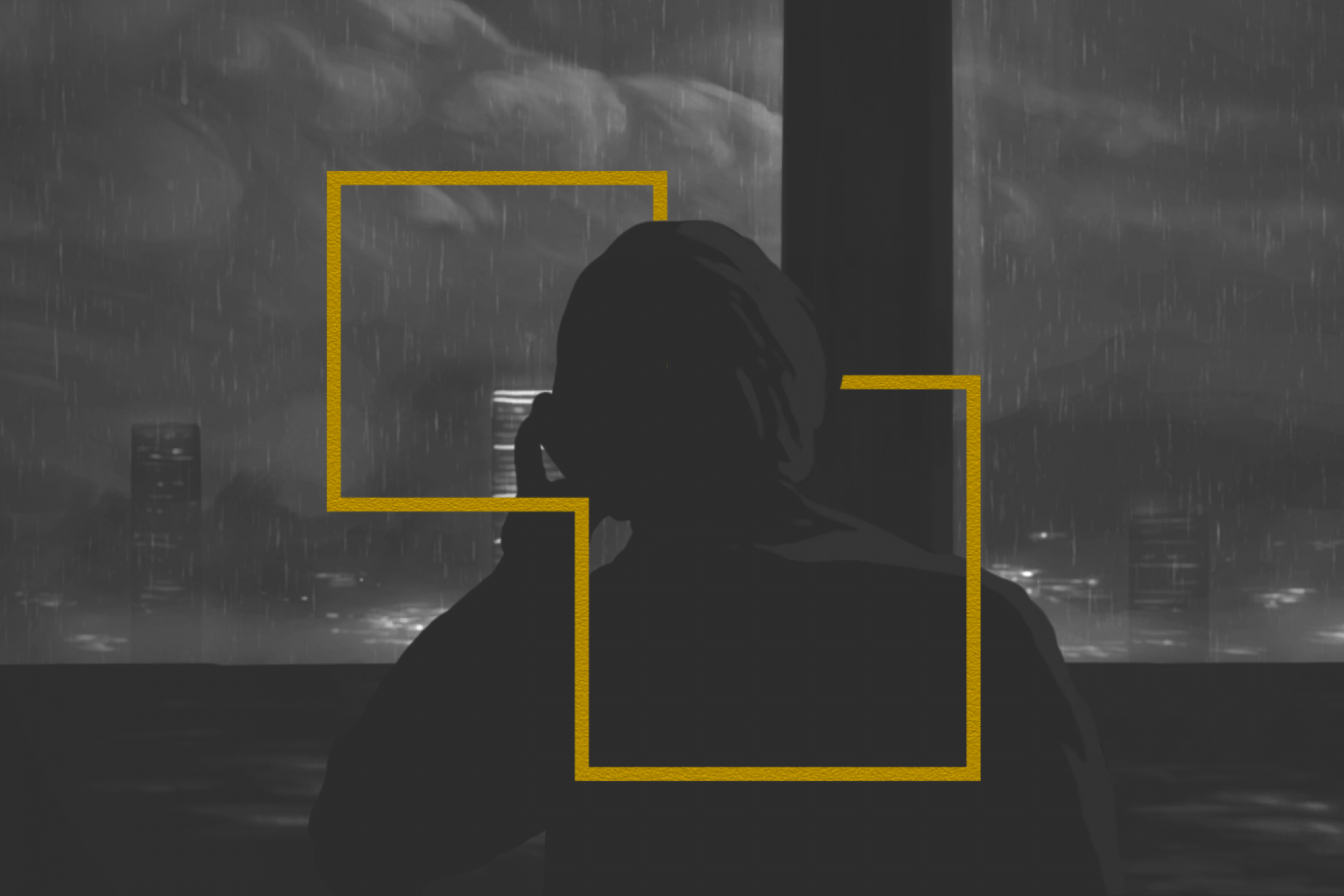 It's another release on Mixpak and you're one of the few UK producers on the label. Do you feel part of the family now?


Yeah. Even before I signed I was close with [label manager] Suze and me and Dre Skull had been chatting for a few years before that. It’s really nice to be able to release on Mixpak because ever since I started producing, it’s always been the type of label I’ve wanted to release on. They’ve been wicked and really supportive, especially as this EP took so long. It’s been about a year since the one before. It’s really good to have a patient label. There was a couple of times when I thought it was finished, but then I changed my mind. Dre just said ‘It’s done when it’s done’. It’ll be nice if I could go to their studio in Brooklyn some time, it’s insane. Every time I go to New York, I’ll swing by and work in there a little bit. The majority of songs were made in that studio just because I’ve got synths at my disposal, when I don’t have over here.

Do you feel more productive now you're not worrying about living costs so much?


I spent a lot of time in London working in retail and doing music on the side. Then I made the leap in going self-employed. Trying to balance that was very stressful. My work rate was really good when I had a lot of other stuff going on. Now, I tend to get sucked up with things like video games. You can argue that it feeds back into your work, but it’s just a really good way of wasting time! I’ve been working a lot and all of my hand-drawn video stuff takes a lot of time. I probably don’t start work until about 10pm and go to bed about 5am. That’s completely different to how it was in London. I used to feel guilty about waking up late, but as long as I get the work done, it’s fine.

You're one of the most consistent producers. Do you only work when you feel at the top of your game?

I think I'm really bad at quality control. I used to make tonnes and tonnes of tunes, send them around and listen back to them a few months later thinking I could have worked a little bit harder on them. At the moment I'm doing a lot of drawing. I used to feel like I had to be in the mood to do drawing or be in the mood to make music. I don't enjoy either one of them when I have to do it. Let's say if I've left it too late and I've got a deadline that I set myself, I find that the work reflects that. I can only really work on tunes when I have that feeling. It's usually when I've been out or been out of the house for a little bit. With drawing, if I'm travelling and a get to read a book or watch a movie, it stokes the fires to get back into it. I have a tendency to coup up in my house and cut myself from everything. I think that's pretty detrimental if you want to do work. It's good to get out of the house and talk to people. 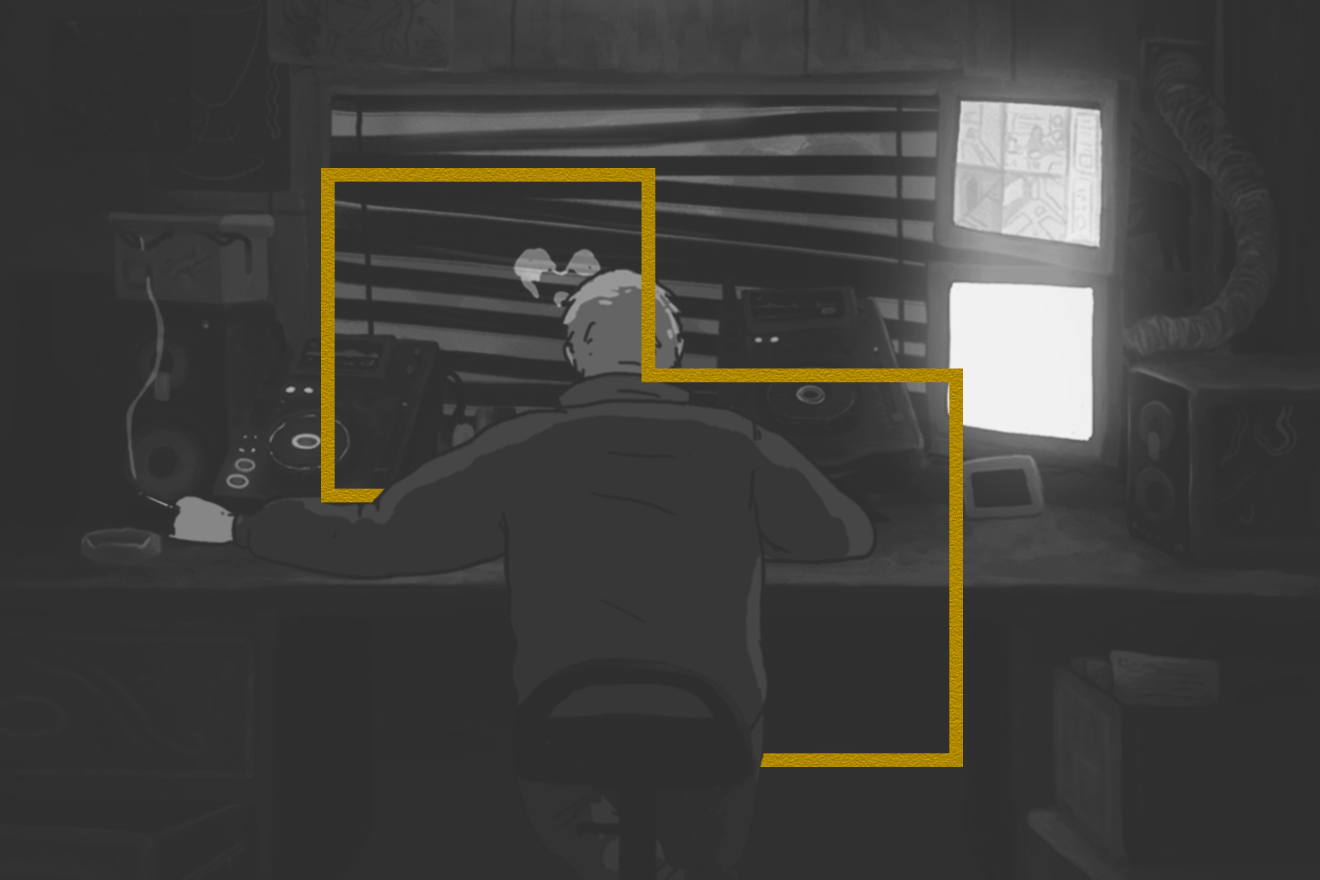 Some of your music is very cinematic, especially 'Club Coil'. Is working on film scores and soundtracks an ambition for you?


I feel like it's something I definitely want to work towards. Obviously I'm going to want to keep making dance music and DJ, but I really like all the cinematic stuff. I listen to it a lot of it in my spare time. I recently soundtracked a short film. That's my first proper foray into soundtracking. It's really cool and interesting. I've been working on other projects hear and there, like game soundtracks or conceptual games - stuff that doesn't exist.

Your sound is very unique in the ways it's very winding, bubbly and bouncy. How did you get to that sound?


I guess it's years of listening to my influences. I really like modern production of dancehall. Instrumentals ny people like Equiknoxx, Ward 21 Productions and Anju Blaxx. He's someone I've been listening to for a while. UK producers like Sticky, too. He's had a big effect on me. Producers like Dubbel Dutch as well. When I first started producing, they were the people I was listening to most so it's ingrained in my work. I don't like to wallow around in stuff I've done before, though. There are certain presets I've made that I try not to rely on. I don't want something I make to sound like an earlier tune I've made. I want to try and push it, but I don't want to force it.

'Tired Of You' is harder than usual. Does that mirror the mood you were in when making that?

A lot of people expect stuff I make to be really happy and bubbly. For a while that was my sound, but I like the idea of making something that's bittersweet. Something that can sound sweet and happy, focusing on minor keys and things like that. I feel like a lot of the stuff I make, I could dictate with the visuals. Whether it could be a sad song or a happy song. I like the balance. I don't want to make something that's full-out aggy or depressing on purpose. I always have a glimmer of hope or happiness somewhere. Even if it's just for a little bit. Stuff I've been making recently has been a little bit darker, but it's not been a conscious decision, it's just what I've been feeling in the studio.

How does your art inform your music?

They bounce off each other. When I'm working on something, I'll feed that back into my music. With the 'Tired Of You' video and visuals, I was doing these interlude loops for a while last year. Piece by piece I was putting it together. I was doing some drawing, then I'd make music. With 'Tired Of You', that was a direct reference to the stuff in videos. I guess it's a loop, feedback type thing.

Murlo will debut MURLO AV at London's Elektrowerkz on June 20, combining his productions with hand-drawn animations