“Do these look level to you?” Moxie asks Mixmag as she hurriedly ties two transparent helium balloons to either side of the booth. Time is not on her side as she puts the finishing touches to this edition of her nomadic On Loop party, but pressure is something she’s all too familiar with.

The preceding gig overran, giving the DJ, A&R, broadcaster and promoter less than 30 minutes to prep Edinburgh’s Sneaky Pete’s. There’s plenty to sort, and it would be easier without leftover musicians packing up – or if you weren’t recovering from a leg injury. It’s far from the first time her soirée has been here, though. The space and the staff are familiar, so the rushed operation is seamless.

“I’m a bit of a workaholic,” Moxie, real name Alice Moxom, admits, taking some weight off her injured leg. Wearing loose black ‘awkward length’ trousers, a pastel blue winter coat and orange sweatshirt, the 32-year-old gives off the aura of someone who’s on-trend, but dressed to graft. “I take on a lot of stuff, and sometimes I feel like I’m drowning, and at other times I’m really excited about it,” she says.

“This year has been the most testing of my life. It’s just been insane,” she continues, her demeanour easy-going and open now the frantic club prep has subsided. “I broke my leg just before my first American tour, so I had to do it like that. I’d get [to the shows] on my crutches and have a stool near me so I could stand up or sit down. I had a couple of sets that were five hours long but had to cut them down to three because it was too testing. But I didn’t want to let people down.”

Returning to her life-long home of North London, things aren’t quieter. Her much-loved NTS Radio show recently switched from fortnightly to weekly. The first officially released instalment in her ‘On Loop’ compilation series just dropped via the namesake imprint. In the 48 hours following our meeting she travels from Scotland to London’s Printworks to Amsterdam’s DGTL and Red Light Radio. December means India, with another US trip already planned for the New Year.

“I’m also in the process of buying my first house,” she says. “We know where we’re both at mentally. It’s like, ‘I’ve got stuff going on, but don’t worry, I’ve got you’.” 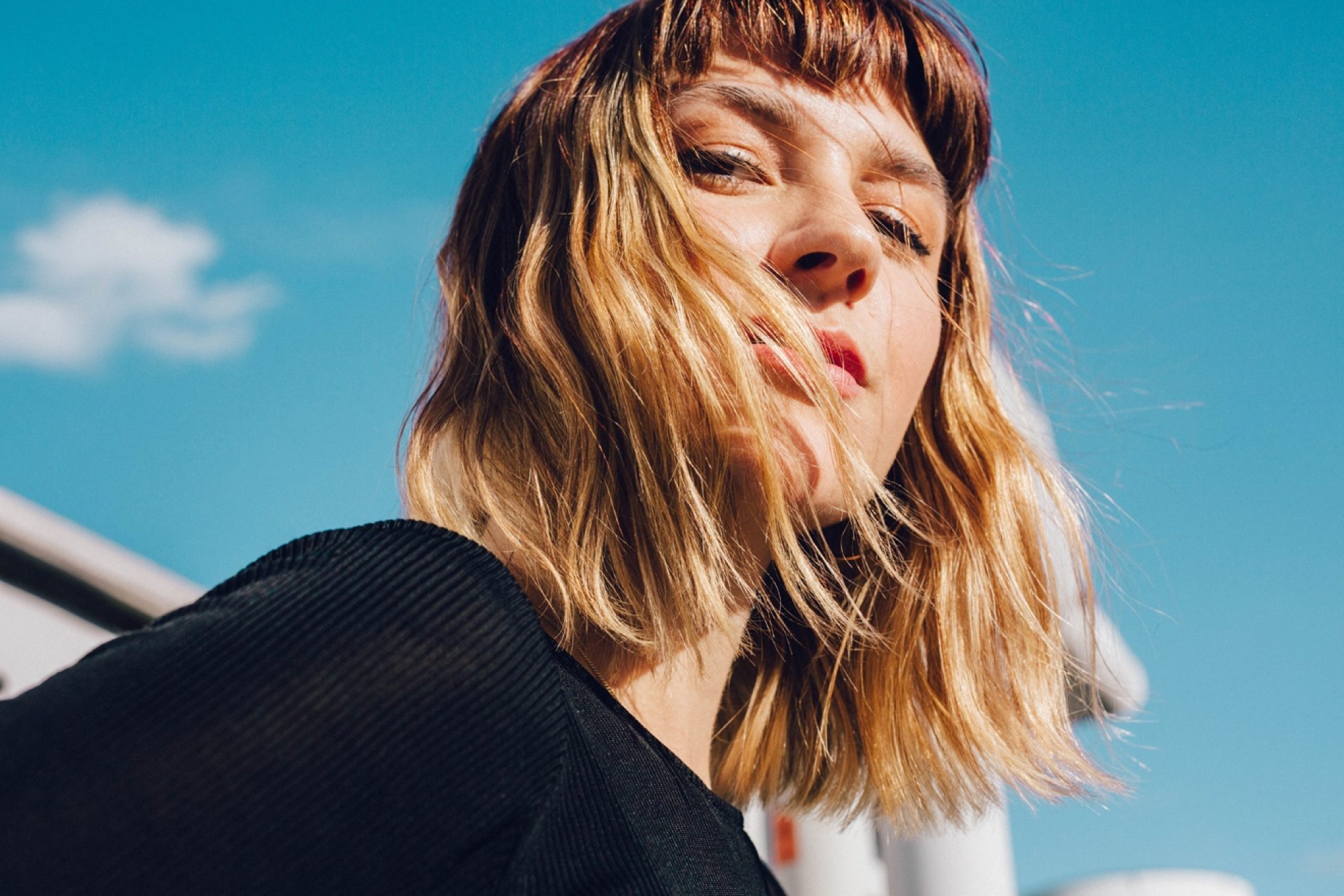 It’s two decades of sheer dedication that have got Moxom to this point. At 14 she was staying late after school for DJ workshops run by youth project Bigger Fish, learning to spin garage and hip hop in classrooms most teens couldn’t wait to escape from. The tracks she heard at under-18 raves at venues like Bagley’s, The Forum and Camden Palace created shopping lists for her trips to Blackmarket Records and Uptown. Cash came from the part-time jobs she had from an early age.

Enrolling in an art degree at London College of Communication almost led her to a very different career, and painting remains a much-loved creative outlet – one she hopes to make more time for in 2019. Internships on Savile Row and at high-end label Eley Kishimoto gave her a taste of the fashion businesses, another ongoing passion. But it was a work experience slot at a London PR agency, where she met Eglo Records boss Alexander Nut, that put Moxom on her current course. She began exploring the links between musical genres, knowledge that informs her selections today: house, disco, funk, soul, UK bass. And she made contacts that would prove invaluable later on.

“None of this was the plan. When I was young being a DJ wasn’t a career, it was so distant – that was Pete Tong, that was Sasha, that was so far away,” she says. But London’s grass-roots dance landscape had different ideas.

DJ bookings started to come thick and fast, including legendary dubstep session DMZ, where she was the first woman to play twice in a decade. By 2011 she had built up an excellent reputation, and Femi Adeyemi, a friend and founder member of NTS Radio, offered her a slot – and her first major break. Seven years on she’s adept both in the studio and behind the decks at any sweaty nightspot.

“When I play out it’s very much to the crowd and the vibe. Very often I’ll have tracks that I’ll test on the radio, but when I do a show I like to compile it as though I’m sharing music with my best friend. Make it inviting,” she says, explaining that some tracks are simply too intense for her midweek, mid-afternoon broadcast.

In conversation Moxom has a gift for drawing listeners in. She’s assured, but not arrogant or egotistic, laid-back without affectation. Seeing her in charge of a party, there’s a similar knack for keeping and holding attention – albeit through up-front, unabashed and infectiously up-tempo beats.

So how did the On Loop events come about? “As things began to progress for me on my own journey and the radio show came about, I wanted to create something that was a night I’d go to. I also wanted to use it as an outlet to push women,” she says.

Since its inception in 2016, the locations she picks have always been intimate dens she already has a bond with, such as Sneaky Pete’s in Edinburgh or Manchester’s Soup Kitchen. It’s a contrast with the high-profile institutions she also plays at, like fabric and Panorama Bar, or the big stage festivals she admits “can be a bit of a head-fuck”. Partnering with local promoters extends her circle across the UK and beyond. Guests are those she has ties with, from On Loop imprint releases to long-term friends.

“Tonight we’ve got Louise Chen playing. She’s a really amazing DJ from Paris who booked me years ago,” Moxom says. “She’s now a really close friend of mine, and this is an amazing way for me to return the favour and help elevate her. It’s all about elevating each other. When you’re a minority and recognised as such, it’s really important for, say, younger women to come to the night and see younger women playing,” she says, with tangible enthusiasm. “But I never just book women because they are women. It’s about talent.” 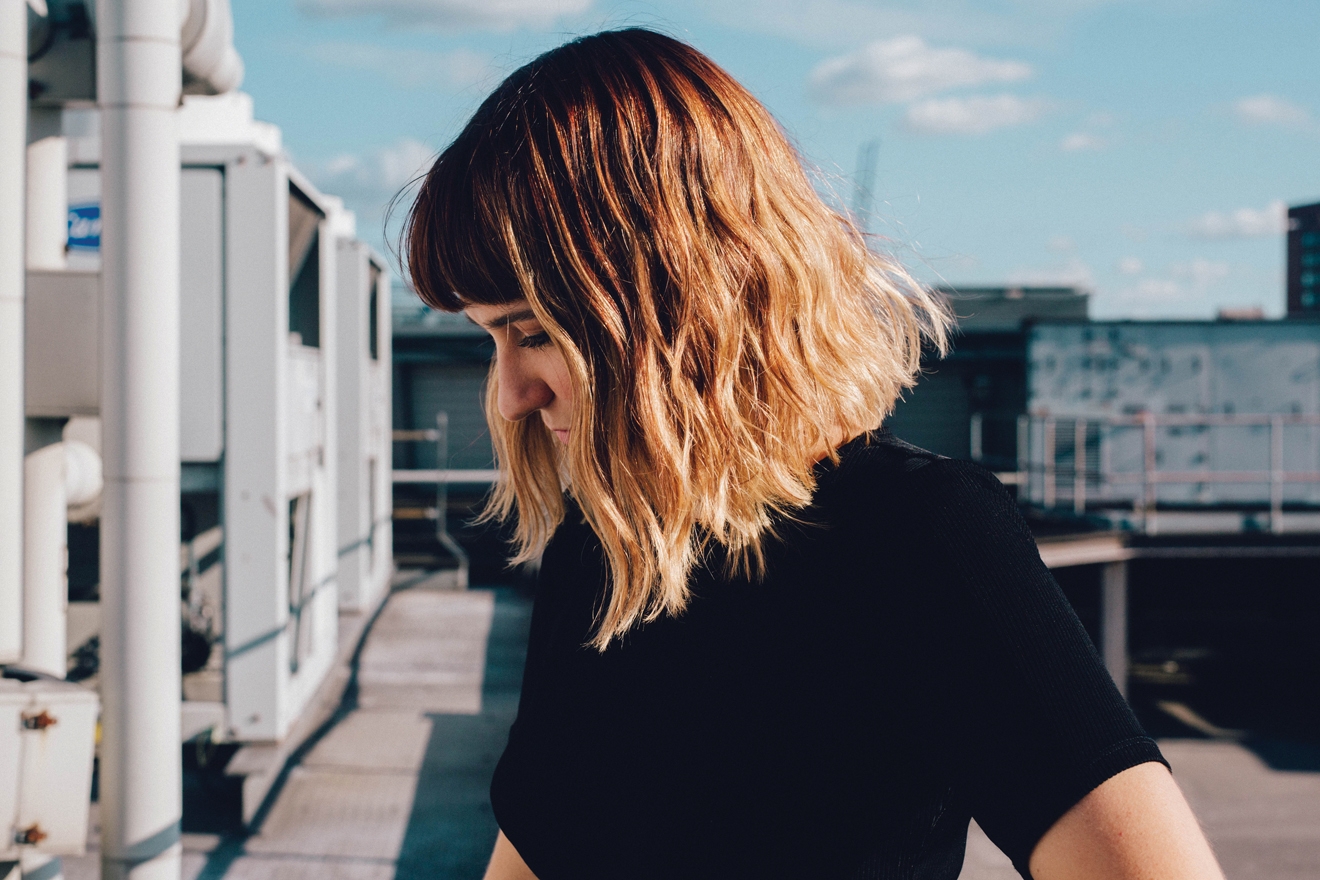 A quick look through some of her recent line-ups proves the point. While men have certainly played, the night favours women, with props given to those who deserve them, irrelevant of age or experience. Old-schoolers like K-HAND find themselves on the list, as do rising stars Mor Elian and Breakwave.

It’s tricky, though. “I just feel like sometimes – not that I’m generalising and talking about all men, because it can come from a really good place – but so often it’s patronising,” Moxom says of efforts to level the playing field when it comes to making programming more gender-balanced. “You have to be really careful about how you’re dealing with this stuff. And it’s not just about [booking] DJs. It’s about getting more women promoting festivals, booking clubs, managing DJs. With On Loop I’m not just playing at it, I’m running it, going to the source of everything.”

Moxom now has genuine agency. Her fingers are in almost all the proverbial industry pies, each skill honed through ongoing, hands-on, on-the-ground experience, her unique perspective a product of her understanding of how all the various aspects of the music industry are directly connected.

This has been a phenomenal year for Moxie, and that’s maybe down to the fact she’s finally in a position to tie those elements together. As well as living up to the dictionary definition of her DJ name (‘Force of character, packed with determination and nerve’) Moxie has achieved great things while supporting others along the way.