For the past two months, traditional raving has been rendered impossible to do safely by the coronavirus pandemic. It’s been a tough period for many reasons, and the inability to go out and let loose on the dancefloor hasn’t helped.

There’s been a lot of virtual innovation to help recreate raving while we’re stuck in lockdown, with streams and video call parties taking off in popularity. They’re fun, but they don’t quite match up to the real thing. That’s why Production Club have been working on solutions to bring back physical raving.

Last month the Los Angeles creative studio revealed their design for a pandemic-proof raving suit called the Micrashell and took over the internet. The high-tech outfit design included a bunch of impressive features to make raving safe while the threat of a virus looms, including an in-built subwoofer soundsystem and compatibility with vaping. The possibility excited many party-hungry people across the world.

The Micrashell is just a design at this point and yet to be realised physically, but if it gets to the point of being manufactured it could solve the problem of partying during times of pandemic.

We got in touch with Production Club to talk to Head of Inventions Miguel Risueño aka Mike808 and Head of Special Projects Corey Johnson to ask about the Micrashell, how close it is to existence, and how they see the music events industry evolving. Have a read below.

Read this next: An LA creative studio has designed a pandemic-proof raving suit

What informed the design process of the Micrashell?

Miguel Risueño: We came up with the idea during a brainstorming session where the purpose was to find solutions to bring back to life the nightlife and events industry. We focused on the physical instead of the virtual, as most of the people are doing the virtual thing, which is cool but not enough.

Micrashell’s original idea was probably sparked by the concern of seeing big crowds of people ignoring social distance directives to party and go out. We didn’t agree with that behaviour but it still needed a solution. We also wanted to party ourselves, but party safely as if you are sick you cannot party. We know the industry and target audience well because we are part of it, so it was easy for us to know when the idea was good enough to take it to the next level and start designing.

What are some of your favourite features and how will they help raving during times of pandemic?

MR: Our fave feature is def the ability feel protected while partying, but besides that there’s a bunch of other sexy things that make Micrashell a great piece of gear to go raving in, starting with the fact that the suit looks dope and is very customisable.

One of my favorite features is something we call “emotional lighting” - in a nutshell, this is a system to convey emotions or messages through embedded lighting in the suit. For example a rainbow lighting chase effect across your suit conveys joy, while a static red light could express “dancing on my own, do not disturb” or a “blue” slowly intermittent shimmering light could express “idle” or “resting” state.

On a similar note (the note of “let me be”), we designed a voice communication system that is driven by privacy settings. This means that in a similar fashion to social media, you can choose who can talk to you (friends, friends of friends, everyone, etc.) as a lot of times you just need time for yourself even if you are partying.

But probably the coolest feature is the supply system for drinks. We designed it to make sure that nobody besides you has access to your drink, thus avoiding any chance of getting roofied which is sadly still a concern out there. Additionally, this solution could also reduce a lot the lines when waiting for your drink

How feasible will it be to manufacture the suits? Are you planning to do this? When might that happen?

MR: Feasible, as we are already immersed in the internal prototyping phase in building a test suit focused on the main features. Doing this allows us to be more descriptive with manufacturers and fabricators - which is the next step - and give them specific details regarding the challenges they are about to face.

The question of “when” is always tricky with product design as the outcomes and conclusions of this prototyping phase are used to drive the latter manufacturing process. That being said, the suit has been designed for simplicity and we are hopeful this will speed up the fabrication process.

Will it be affordable?

Corey Johnson: Our primary thought is that it will be sold to businesses rather than individuals. Our initial idea has been to have promoters, venues, and entertainment groups help subsidize the cost to allow events to operate at a higher capacity and in a safe fashion. That said, we’re not closing any doors since we’re still in the early stages and I do believe that there will be some kind of purchase route available as well for music enthusiasts.

Read this next: The Secret DJ on how to deal with coronavirus and

Will the suits be useful once we’re out of the pandemic?

MR: We think so. The suit was born as a way of making you feel safe and protected while partying and it’s going to take a while for that sentiment to disappear. Additionally, as we discussed above, there are a bunch of other cool features that might make you want to use the suit even after this goes away, who knows, that’s what people are saying.

However we are going to be very happy if the suit is not needed anymore, as that means good news for all. 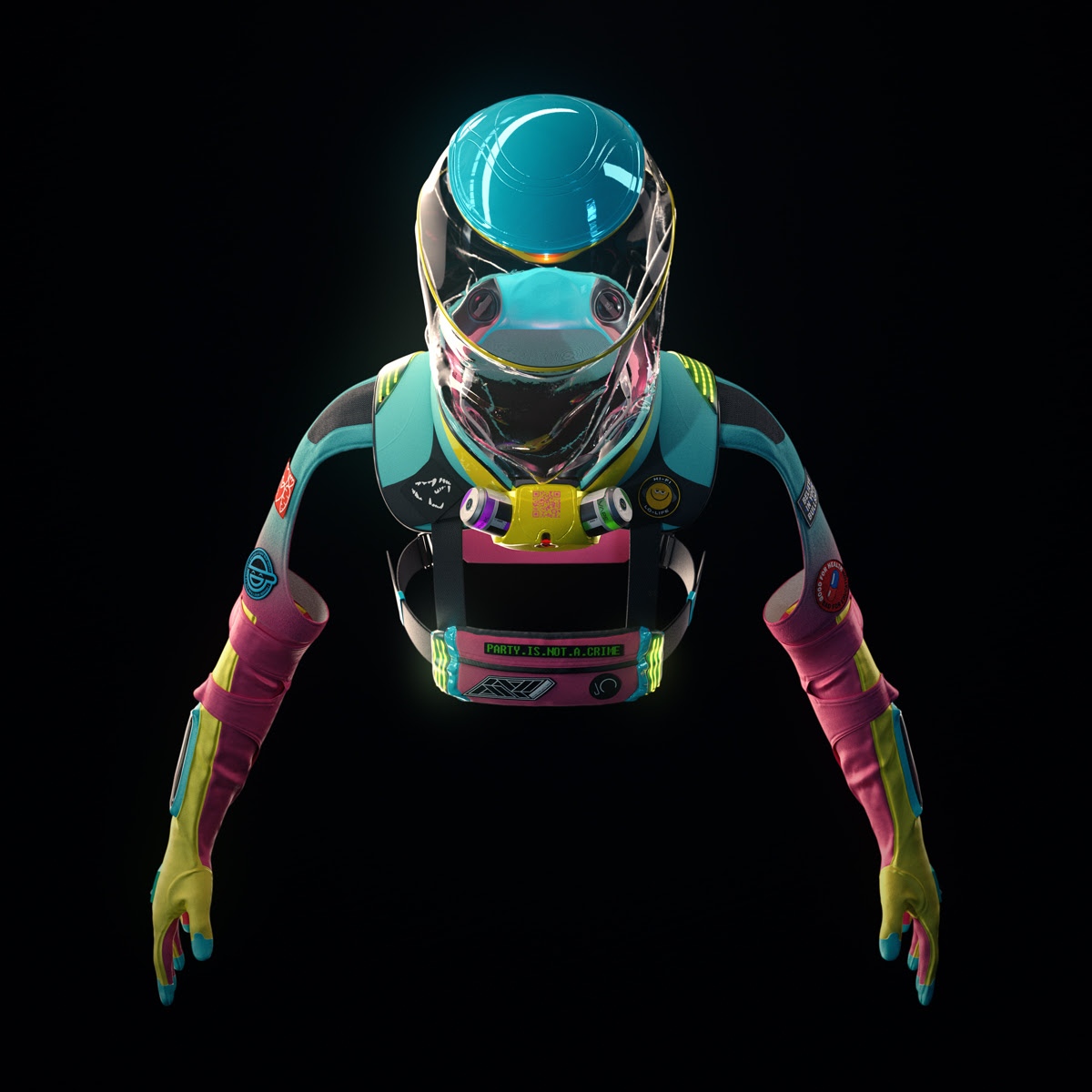 Virtual raving has taken off during the lockdown, but Production Club is staying focused on the return of physical music events. How important do you think the physicality of raving is to the experience?

MR: Physical is extremely important. Virtual is cool and all, but not enough yet, that’s why we are focusing MORE on physical. We believe society is ready to adopt virtual, but definitely NOT ready to fully drop physical events. We have been using human to human interaction for thousands of years and removing it suddenly could have dreadful ramifications in our mental health, but also social, cultural, economic...It looks there’s already an increase in lack of motivation, anxiety, suicidal thoughts, panic attacks, sleep quality and others during the lockdown (quick read), so something like this could help.

If we talk purely rave I do not doubt that at some point we could experience amazing virtual raves but currently the most important features of a rave get crushed through a computer as the perceptual and cognitive experience is narrowed down and not as rich as physical.

How do you think the pandemic is going to change the future of the music events industry?

CJ: COVID-19 has already changed the future of our industry. COVID has taken what very recently was an auxiliary component of concerts, festivals, and clubs and put the virtual/streaming facet directly into the spotlight. At Production Club, we are trying to think beyond a binary physical versus virtual future… we’re pushing to apply our energy and resources to envision a unified approach to allow both sides to work together and complement each other.

What other innovation do you think could help the live music events industry?

MR: Funny enough the innovation that would help most our industry would be to find a way to come up with more innovations. To achieve this we need to think better, more creatively, more generously and more collaboratively, since as an industry we still have a very traditional approach to problem solving. So to your question, we could conclude that the best innovation would be to learn to think better.

Are Production Club working on anything else at the moment?

CJ: Of course we are! Ideas come easy for us. So, we’re doing our best to stay positive and create unique and productive solutions to allow us to do what we enjoy most: enjoy music and hang out with friends. Stay tuned, we definitely have more to come.