Joseph Mount, the man behind Metronomy, is staring at his phone, a look of intense concentration on his face. Mixmag has told him we own an original copy of his 2006 debut album, ‘Pip Paine (Pay the £5000 You Owe)’ in a limited edition fabric sleeve created by the artist Rose de Borman. Before the interview can begin he wants to know how much it’s worth.

“There are hardly any of them,” he says. “Can’t be more than a hundred. I’ve got a few. When they came out there wasn’t even any distribution. I just placed it in shops I knew in Brighton, where I lived.” Eventually, after some minutes, he gives up trawling the internet. “I can’t find any copies for sale online but I’d put it aside for a rainy day,” he announces, deadpan, “and if you ever need a few quid for some groceries, it’ll be there.” He laughs. It would have been hard to predict, based on ‘Pip Paine’s clattering electronic experimentalism, released on a tiny indie, that a decade later Mount would be a critically acclaimed, Mercury Music Prize-nominated artist releasing his fifth album, ‘Summer 08’. 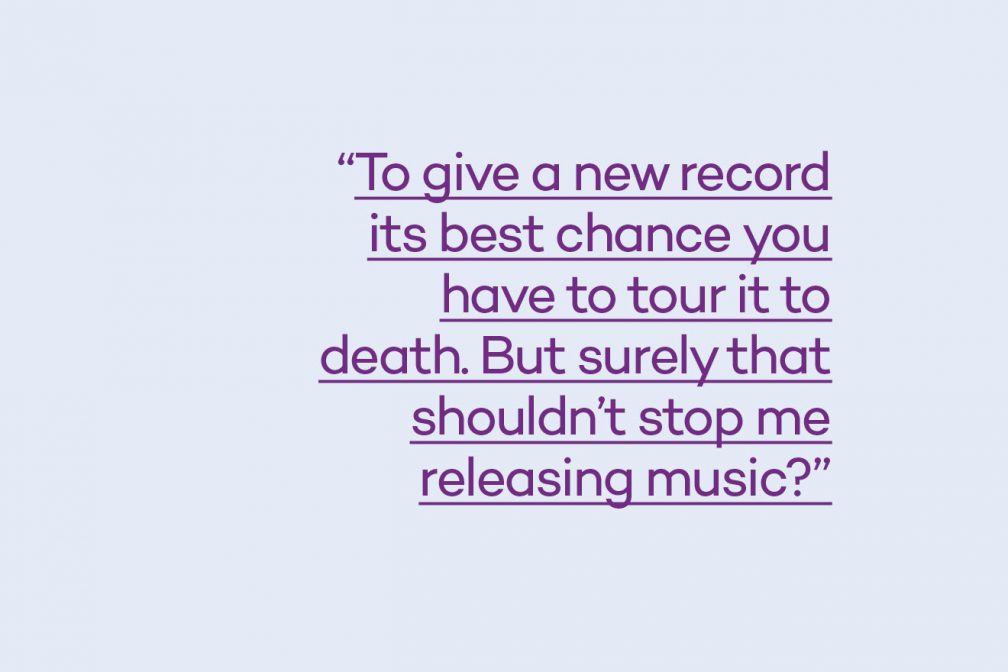 Joe’s sitting in an armchair in a café on London’s South Bank, sipping a coffee. He has a shy but not unfriendly demeanour, his hair dark, his beard speckled with red. He wears a long blue Saint James cardigan over a white tee, black trousers and blue-striped white Reebok trainers. He looks like the unobtrusive but trusty guy in a rom-com, the one who might eventually get the girl.

His new album, however, reveals another side to Metronomy. It is, in many ways, a sequel to 2008’s ‘Nights Out’, an album on which, as its title suggests, Mount revelled in the nocturnal world of his new home town, London. Since then there’s been the release that broke him commercially, ‘English Riviera’ (2011), rich in bucolic, thoughtful songs (“The Edge from U2 liked it – what the fuck!”), followed by the pared-back, psychedelia-tinted soul-pop of 2014’s ‘Love Letters’.