The material on your label Kaizen has very dark undertones to it. What is it about that sound that you love?

I think it's because I've spent so much time in Manchester. Everything there, such as the weather, is just a bit darker than anywhere else in the UK. I think I got used to everything still having a groove, but having this freaky, edgy northern twang to it. [Kaizen artists] Walton, Silas and Biome are from Manchester and I've been repping the scene for years, so that's what influences me as a DJ. I guess it was a natural, organic thing. It wasn't like “Oh, I really like dark shit”. It was just what I liked and what I played. I didn't really recognise it was anything a little bit different because I was so used to it. You guys described it really well in your end of year labels list. I can never really describe what it is I play, but you hit the nail on the head. I don't have a dark soul, though! I just really like things with a bit of edge to it. All of the people in our little circle, especially up north, have that similar vibe in their productions. If you listen to Levelz, you can't put an ID on their music. People call it grime, but it's not. They've got a funk tune in their mixtape and everything's influenced by so much musical history. It's just a product of its environment, I guess.

When did you start getting into that style of music?

My first experience of dance music was going to fabric for the drum 'n' bass nights. That got me into the whole clubbing and dance music world. I remember grime always being around, but because I lived in Milton Keynes I didn't have access to stuff like Rinse FM. All of that came a bit later when I started digging deeper. It just happened when I started DJing as it was what I wanted to mix at the time. When I went to Manchester, I met the Big People Music guys and it just made sense for us to put on these parties and push something that wasn't really popular at the time. It was stuff that we liked, but it wasn't really a thing in Manchester. BPM were putting on parties anyway, but when we met a few years later it made sense to continue it. When they started it, they were booking people like Lil Silva, Frisco and Maximum for £200 before they blew up. Also, being in Manchester for so long and meeting guys like Chunky, Chimpo and Jonny Dub really expanded my musical taste.

What did the experience of putting on parties with the BPM crew teach you?

I've never really called myself a promoter because I was a DJ first, but I had to take on the role of being a promoter. I was flyering and standing outside of the Student Union telling everyone grime was really cool. Back then, no one really gave a shit. The only people that came to our parties were people who knew about grime, were from Manchester or were friends with us in the music scene. It was really hard to attract a student population. The people that did come were really consistent which is why the parties went on for so long. It really helped me train for what I do now as a label manager and putting on parties.

BPM later turned into a label and I started managing it because everyone else had full-time jobs. It got to point where I really liked this dark, 130bpm stuff and kept playing it so it didn't make sense for me to keep label managing with three other people and having to compromise. It just didn't make sense for me to be in charge anymore when I had other ideas. I realised it wasn't for me and wanted to do this Kaizen stuff as that was the sound I was pushing.

You're living in London now after quite a bit of time in Manchester. What do you find different between the two cities in terms of partying?

They're really different. I always think of Manchester as my home. Even though I live in London now, I'm still pushing a lot of the Manchester scene. I still get the releases before they come out and push it on my radio show. It's not that I prefer Manchester, but the music I play pops off there more. Everyone’s spoilt for choice in London. There's so much to choose from that I think the ravers take it for granted a little bit. It's on their doorstep and it's not seen as much of a novelty. In Manchester, there's just a different energy and different levels of getting fucked up. I've always really enjoyed being in the pit of the crowd and seeing people in front of me when I'm DJing.

It doesn't mean London is shit, it just means London's got a lot of stuff on. It's rare to have the same energy you'd have in Manchester. Manchester is just a very unique place anyway, in terms of British culture, music and the history. The people have more of a freedom to express themselves. The rent's not as high, there's not as much pressure to make money. I think people are just a bit more creatively free. Even the music that comes out tends to be a bit more experimental. Every time I hear a Chimpo or Walton tune, I'm like “How the fuck has he done that?” 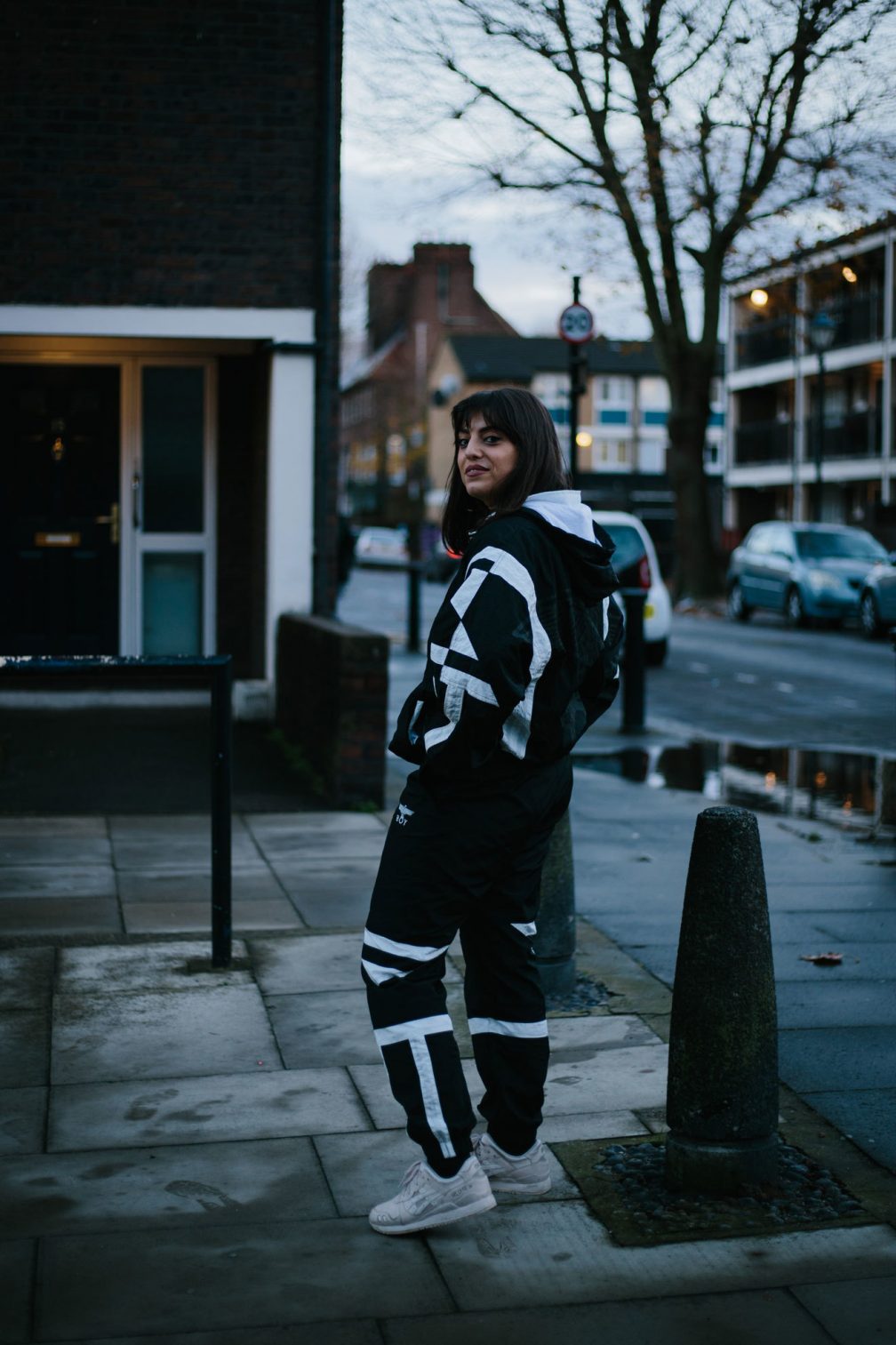 Fabric's reopened now but fabriclive will only be on the last Friday of every month going forward. How will that impact the drum 'n' bass, grime and bass scene in London?


It's a bit too early to tell yet. I haven't seen enough line-ups to gauge what's happening. You could easily have Flava D on the same line-up as Pearson Sound, though. It's not unheard of so you could do that if you wanted to. Dance music is dance music and people will just dance to anything with a rhythm. I'd like to think things will be mixed up to keep this scene thriving. I almost feel the music I play can fit into different line-ups. I don't think people will listen to it and think 'I don't like this' or 'I don't know how to dance to this'. If there's a rhythm or a groove, people will dance. I played a gig at Lakota in Bristol and the headliner was one of the guys from Hot Chip doing a Prince tribute set. Everyone else was playing tear-out drum 'n' bass – DJ Hazard, Chase & Status vibes – and they put me in the little cave and the room was full from start to finish. I didn't feel like it didn't match. Raving is raving.

Could this gap in the bass market on Friday nights inspire DIY and independent parties?

You've got nights like Boxed [instrumental grime party] doing their thing already. There's Bussey Building in Peckham. London isn't short of stuff like that and that's what's so great about it. Even though venues are getting shut down, there are venues on the up. There's The Yard in Hackney Wick which is really fun and I love Bussey. I'm always there raving if I've not got a gig. I don't think it's bad to challenge yourself as a DJ. It's not like fabric is the be all and end all. Obviously it's a massive cultural thing and clubbing institution, but I don't think that's what everyone should aspire to. If you can't play fabric then do your own thing and keep it moving.

Will you be putting on more Kaizen Klub parties?

I'm starting to think of ways to step it up a level and push the label. The label is really what’s giving people a clear idea of what we're doing. I say to the guys [Biome, Walton and Silas & Snare] that it's as much their label as it is mine. I'll do all the boring admin and promotional stuff, but they're the people providing the music. If I didn't have them, I wouldn't have a label so I just say to them make whatever you want and we'll put it out. It's their home as well. We're just circulating between Biome, Walton and Silas & Snare at the minute and I want to keep it that little family unit and really push them as artists.

You've been helping out with the all-female RBMA workshop #NormalNotNovelty. What advice would you like to have been given early in your career?

Probably don't watch what other people are doing. Don't think you have to do something because someone else has done it. I already go by this ethos anyway, but I think it's really easy for people to get caught in social media, looking at other people's careers and wishing they had what they had. Don't model yourself on anybody else and just do you and do what you like. If you like a tune, then play that tune. Don't play it because somebody else has. Believe in your ability and keep trying to improve. Stay true to what you want to do musically. Don't be scared to say no, either. There was loads of things that came my way early on that, looking back, I probably wouldn't do now. I was just eager to get my name out. Case in point: I would never do a mix on a commercial daytime radio show even if it was a radio station that had loads of followers and listeners. Just know what you're trying to push and don't copy other people.

Kaizen is a Japanese ethos meaning 'continual improvement'. How are you looking to improve as a DJ this year?

I'm less about personal things at the minute. I'm more about everyone moving forward and I want to push Kaizen. I'm not going to be scared to make financial sacrifices. There might be somewhere that's good for me to play, but if I can't bring other people from the label in, I might not do it. It's so tempting to take bookings all the time, but I want to really show people what Kaizen's about and really push the other artists. I think I'm going to be more business-minded.