Nestled in the rolling hills of Silver Lake, Anthony Gonzalez’s house is a tranquil refuge from the hustle and bustle a few minutes away on LA’ busy streets. The winding roads leading to his home make it difficult for many to navigate, let alone find the M83 mastermind. This place in the exclusive hills is the reward for years of grinding, and a far cry from his first visit to the city nearly a decade before.

“It wasn’t too long ago that we were playing to venues here with no people,” Gonzalez recalls quietly in his thick French accent. “Touring in small vans all over the US and trying to make a name.”

Formed in 2001, M83’s first half-decade hardly registered with listeners on a mass scale. Inspired by 70s German electronic music, krautrock and composition scores, the early days were lean. Despite maintaining a gruelling touring schedule that saw Anthony and his group (originally founded as a duo with Nicolas Fromageau, the current live line-up features Jordan Lawlor, Loic Maurin, Kaela Sinclair and Joe Berry) tour Europe and US, there weren’t many signs of traction. Many long travel days would peak with the band playing in front of only a handful of people. Despite ruminating on his mounting frustration during the long rides between gigs, Gonzalez says he never contemplated calling it quits.

“I’ve been wanting to be a musician since I was a teenager,” he explains between drags on his vape pen. “For me, putting my music out there was amazing. Being able to at least have money to make a living was enough.” 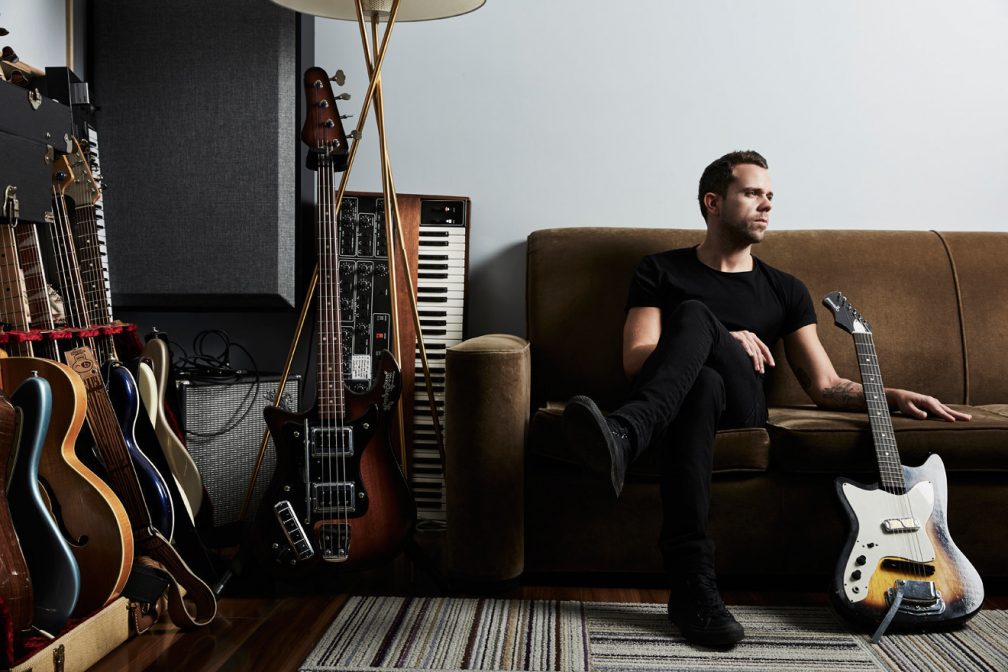 It took until ‘Saturdays = Youth’, M83’s fifth studio album, for audiences to start paying closer attention. Tightening up the group’s sonic structure and inspired by 80s synth-pop, Gonzalez’s sharpened vision and confident songwriting made for M83’s most accessible album yet, and earned key festival slots along with stints opening for the likes of Depeche Mode and The Killers. Next album ‘Hurry Up, We’re Dreaming’ didn’t deviate too far from the way Gonzalez wrote songs on his own with his trusted synths, and the smash success of single ‘Midnight City’ propelled him into a larger spotlight without having to compromise. “Making a career these days in music is unpredictable and really hard,” says Anthony. “But I feel like if you always do things with a lot of sincerity, then things finally pay off.”

The ‘Hurry Up…’ tour began at the 1,800-seat Walt Disney Concert Hall in 2011; M83 closed that two-year journey at the massive 20,000-seat Hollywood Bowl in 2013. Calling it the “perfect way to end the last album”, playing to a capacity crowd at one of the city’s biggest venues was far different than those lonely nights performing at the Knitting Factory and Avalon down the road.

Inside, Gonzalez’s house is welcoming, but minimal in terms of decoration. A flight of stairs is flanked by one exception: framed M83 concert posters, which Anthony, smiling with pride, calls “souvenirs from the years”. When he moved to Los Angeles six years ago from his hometown of Antibes in France, Gonzalez found a place with a similar climate and landscape, “a lot of culture and nature”, and a fresh start that allowed his career to blossom. He knew only a handful of people in LA, but fortunately one of them was producer Justin Meldal-Johnsen, whom Gonzalez met at T In The Park when Meldal-Johnsen was playing with Nine Inch Nails. Serving as a big brother on top of producing the record, Meldal-Johnsen introduced Gonzalez to the musicians who would turn Hurry Up into an international hit, led by the beautifully luscious ‘Midnight City’.