If hard-hitting, serious techno is what Berlin is best known for, Lovefoxy has committed herself to the opposite. She is an explicitly house music DJ, crafting her sound on the warm and welcoming rhythms of the genre’s earliest days. While the ecstasy of the music she plays hinges on the unapologetically Black and unapologetically queer energy that undulates throughout it — so, too, does her unique brand of stage presence. Lovefoxy doesn’t just play, she performs. At each of her sets, she dances with full energy for its entire duration – at times on the speakers, occasionally in the crowd, and always in heels. As an artist who possesses the quick wit of a drag queen, the stage presence of a diva, and an enthusiastic following that overlaps with Honey Dijon’s and LSDXOXO’s, her Venn diagram of talent is particularly explosive.

Typically, when asking a Berlin based DJ about their origin story, it starts elsewhere. It’s a narrative arc that feels familiar now: an artist’s love of techno brings them to its Mecca. Born Fania Folaji, the 26-year-old DJ grew up just down the street from the restaurant in Kreuzberg where we discussed her dynamic career trajectory. Between bites of spaghetti, the third-generation Berliner explained that she was raised in what felt like very different city, and recounted what it was like to watch neighbourhoods gentrify as electronic music became whiter — and techno got darker.

When explaining the origin of her Instagram-handle-turned-artist-name (“Simply because Foxylove was already taken!”), Lovefoxy erupts into an infectious belly laugh. As her joyful energy reverberated throughout the room, causing others to turn their heads and smile themselves, it occurred to me that though DJ Lovefoxy is many things — a classically trained dancer, singer and MC — her most impressive skill is her ability to command the attention of any space that she enters.

Though a fruitful future in this industry already feels certain, Folaji is motivated by a mission bigger than her own success. “I want to bring joy back to Berlin,” Folaji said. “Believe me, there are going to be a lot more lacefronts from here on out.” Check out her Impact mix and Q&A below. 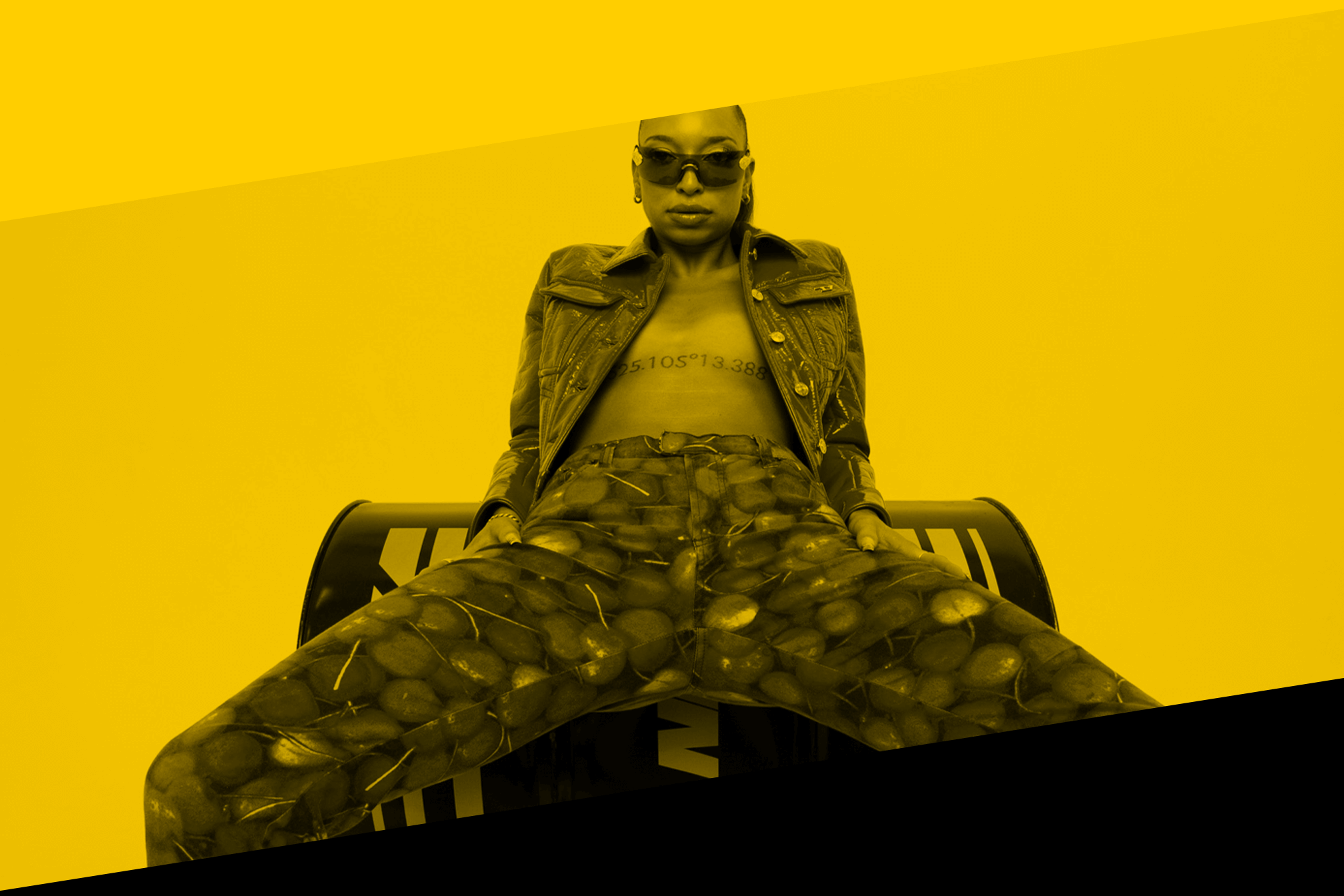 Did you always dream of becoming a DJ or did that realisation come later in life?

I come from a very musical family, so it’s always been in my blood. My mum used to run one of the first house and techno clubs in West Berlin in the mid-1980s, called Tempelhof. She and her siblings were kind of like the Jackson 5. My uncle was a DJ and my auntie was a DJ and vocalist for Paul Van Dyk. The rhythm is just in our vibe.

In my early 20s, I started to inherit vinyls from my family’s club days. But I actually became a DJ because I met Sally C, an incredible DJ here in Berlin, at the right time in my life. We bonded at a friend’s birthday party over our mutual love of the same records, and she was like, “Honestly Fania, you should learn how to DJ – and I’m gonna teach you.” So Sally started giving me vinyl lessons.

Eventually, she really gave me that push and said, “Fania, you’re ready now” – and we played a radio show together for Refuge Worldwide. Sally really introduced me to this scene and that will always mean the world to me. She is such a respected DJ, and I find the unapologetic way that she moves through this industry as a woman so inspiring.

And it was clear to you from the beginning that you would focus on house music?

I’ve always had the strongest connection to house music. I think it’s one of the only genres that is purely happy. It’s always the right time to listen to house music, no matter the setting or vibe, and it's always energizing. There’s such a rich and uplifting story behind these tracks sung by soul vocalists – and usually the message is “love yourself.” That’s also very much what I am about.

Once I started playing with Sally, I spent all my euros and energy on Discogs, expanding my own vinyl collection. I hunted down all of these old, deep cuts from 83, 85, 93 — super rare stuff. I’m really so proud of it. Sometimes I just stare at these records and I get chills. I like to imagine giving my vinyl collection to my own child one day, with a note that says: “Mommy was a funky one.”

It seems like the bookings have just been pouring in since that first radio show.

From then on, I took every chance I could get to play and get better. I’m still learning, but I’m very excited about what the future holds for me. When certain opportunities are presented earlier than expected, other people might think to themselves: “I’m not ready for that yet.” But I just knew I would figure it all out. That’s also how my Nigerian mom raised me, you know? Even if you fail at first, just keep going. Jump into the cold water, head first.

Once I started playing, I quickly got a residency at Refuge, where I host my radio show Amazeballs Houseballs every month. After my HÖR set, things really skyrocketed. I now also have residencies in New York and Amsterdam. On June 4, I’ll be playing my first Boiler Room set, and will also be playing at Primavera Festival in Barcelona. 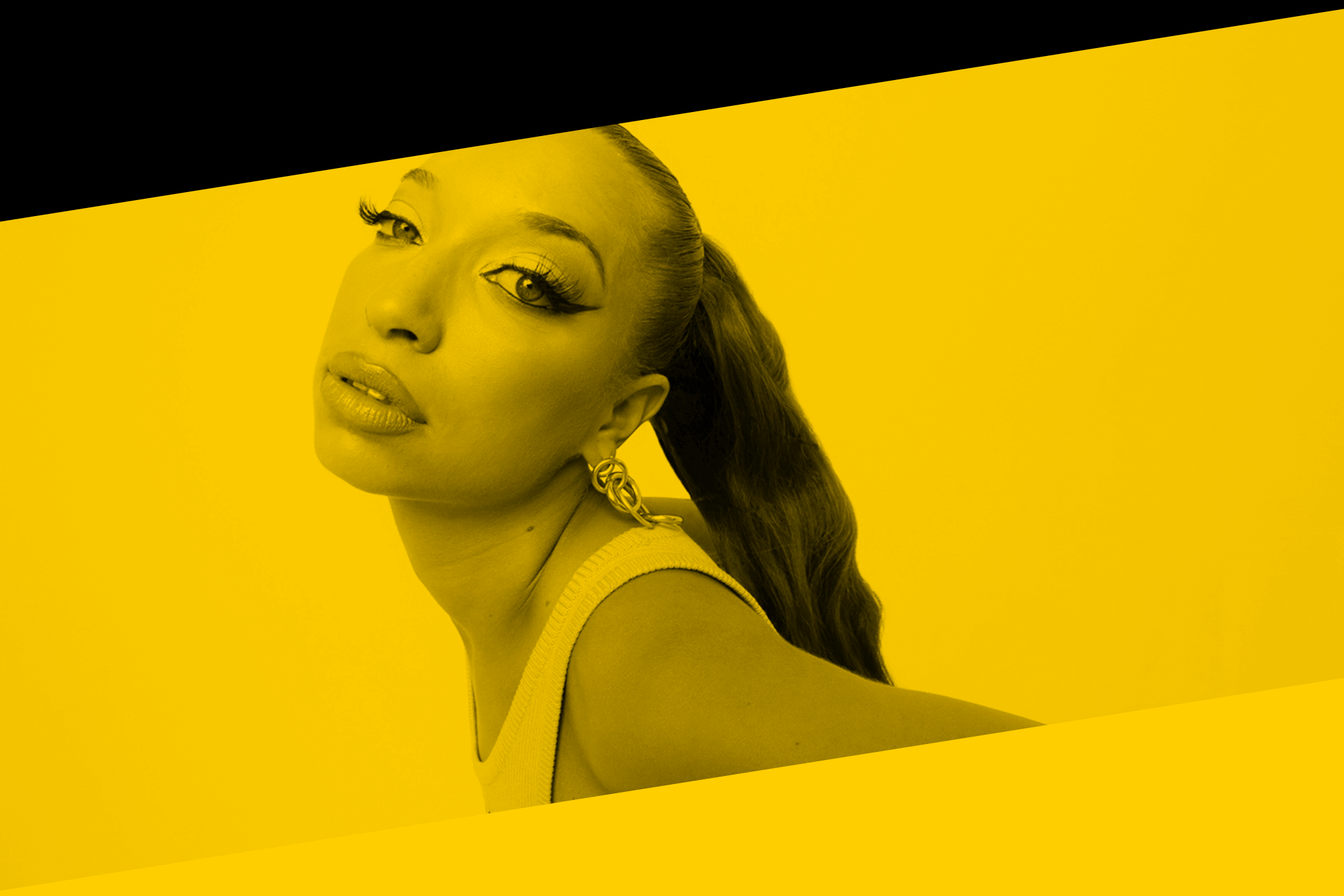 How are you adapting to the lifestyle?

That’s a good question. Last month, I had seven gigs in four weeks which was challenging for me because of my other job. I believe that as a DJ, it’s your responsibility to give the people your all for the night. You owe it to that moment, to really cherish it. I quickly realized that instead of doing seven good gigs in a month, I would rather do three amazeballs ones. I want each show to feel special and I want to approach it with full energy. I don’t just show up to these venues, it takes a lot of sweat and preparation. I glue my wig on, select a “Foxynized” outfit, and do a performance that is filled with love.

My ambition was never to become big, I just wanted to build a cool skill and to share my funky music with great people. I let the universe handle the rest. Before I knew it, I was deep into it. Even though I know I’m not perfect, I always put on a show. I always show people how much I love the music I’m playing and how much I love playing it for them.

There are very few DJs that are bringing that kind of high-energy performance into nightlife venues. I think there’s a big market for it, actually. Also, seeing you rock these hyper-feminine looks behind the decks, in these traditionally male-dominated spaces, it feels like you’re doing something radical.

I do think it’s something different. I majored in dancing, singing and acting in university, so the stage is everything to me. But the idea of “putting on a show” also has a negative connotation. Honestly, I have no option but to groove as hard as I do. Sometimes it’s not even for the audience, it’s for myself. I have to admit, it can be hard to keep it 100 at all times. I always play in heels, never in crusty sneaks.

The Berlin techno scene definitely has a darkness to it, so its refreshing to see someone bring such a light and positive energy.

Why does it feel like there is only techno in this city nowadays? When I started partying… at 14 [laughs], there was so much house music. Then it changed.

Did that bum you out?

Kind of, yeah. I still love to go out but it’s sometimes hard for me to find my groove in some of these techno bunkers. I’m not bashing techno, I love well produced techno – but it’s often not played in environments that I feel best in. Sometimes in these kinds of clubs, it feels like a game of “who’s the coolest?”

What would a utopian future look like for you?

This year, the dream would be to put out my own little house song that’s an homage to the old classics that inspire me. I know it sounds cheesy, but I really want to keep the spark that I have had inside of me from the beginning alive. I want to continue to loving what I do as much as I do now, to always have the same passion for it. And although I do a lot of stunts already, I do have one big dream, baby. Stage dive!

Can you tell us about your Impact mix.

This mix is a 90’s house/tech-house set that should make you jump and uplift you. It's inspired by my love for house bangers and includes some real deep cuts from 93-96. I hope it takes you on the best journey!

Cassidy George is a freelance writer, check out her website