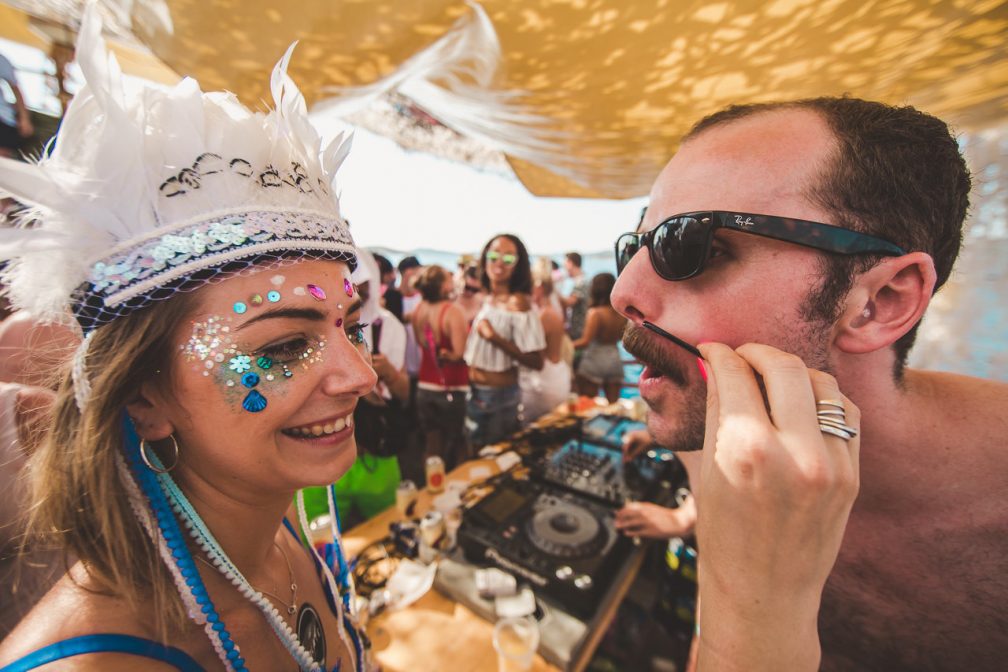 Four hours on a boat beneath sweltering sun may not sound like an ideal hangover remedy, but any lingering ill-effects from Motor City Drum Ensemble’s disco masterclass at Barbarellas on Friday night instantly evaporated as we boarded the Argonaughty the following afternoon. Midland and Joy Orbison are two DJs who are absolutely killing it right now: the former has put out two firm contenders for 'track of the summer' in ‘Blush’ and ‘Final Credits’, while Joy O can always be relied upon to kick a party off with a mix of eclectic bangers spanning low-slung garage and hip hop to rousing piano house.

The prospect of a three-hour back-to-back session between the two had our mouths watering as much as the blazing Dalmatian heat allowed and, if anything, it was even better than expected. The glistening waters the vessel coasted along were still, but on deck the atmosphere was wavy as the pair deftly moved through anthem after anthem, pulling out everything from Fleetwood Mac to Lil Wayne.

Midland had posted about needing a break from the “relentlessly depressing” internet/world on Twitter days previously in the wake of Brexit and overbearing Ten Walls fans, so it was heartwarming to see him fully taken in by the pervading Love International vibe of nonstop high spirits. A grin didn’t fall from his face as he allowed punters to comb his majestic moustache and pulled some outrageous, hieroglyphic-angled dance moves while dropping into the ludicrous bass of NDL’s ‘Perse’ before surging upwards into Duke’s uplifting ‘So In Love With You’.

Peak euphoria was reached as a confetti cannon fired explosions of colour upwards as the jaunty synth of Axel Boman’s ‘ABBA 002’ bounced through the air. It even got the ship’s captain up on someone’s shoulders and punching the air, increasing the communal delight on-board even further with loud roars of approval ringing out.