The inscriptions of presidential quotes, mahogany paneling, chandeliers and plush deep red carpets of the council chambers of New York City Hall in Manhattan are a world away from the warehouses and make-shift spaces of Brooklyn’s DIY scene across the river. But while outside the gates, droves of tourists make their way towards Brooklyn Bridge, inside, an unlikely ensemble of DJs, artists, party organisers, politicians and lawyers has formed to discuss an issue that they claim poses a dangerous threat to the scene, the city’s nightlife generally and even freedom of expression: dance.

No matter how many times you repeat it, it’s a difficult fact to digest. It’s the birthplace of multiple genres, including hip hop, disco, freestyle and New York house, and an important home for numerous others, such as jazz, but unless a venue has a Cabaret Licence – which is so difficult to get hold of that under one per cent of the city’s 20,000-plus bars, restaurants and clubs have one – dancing is a criminal act in New York City. Technically, a few punters swaying or nodding their heads could constitute venue owners breaking the law and result in a fine that could put them out of business. 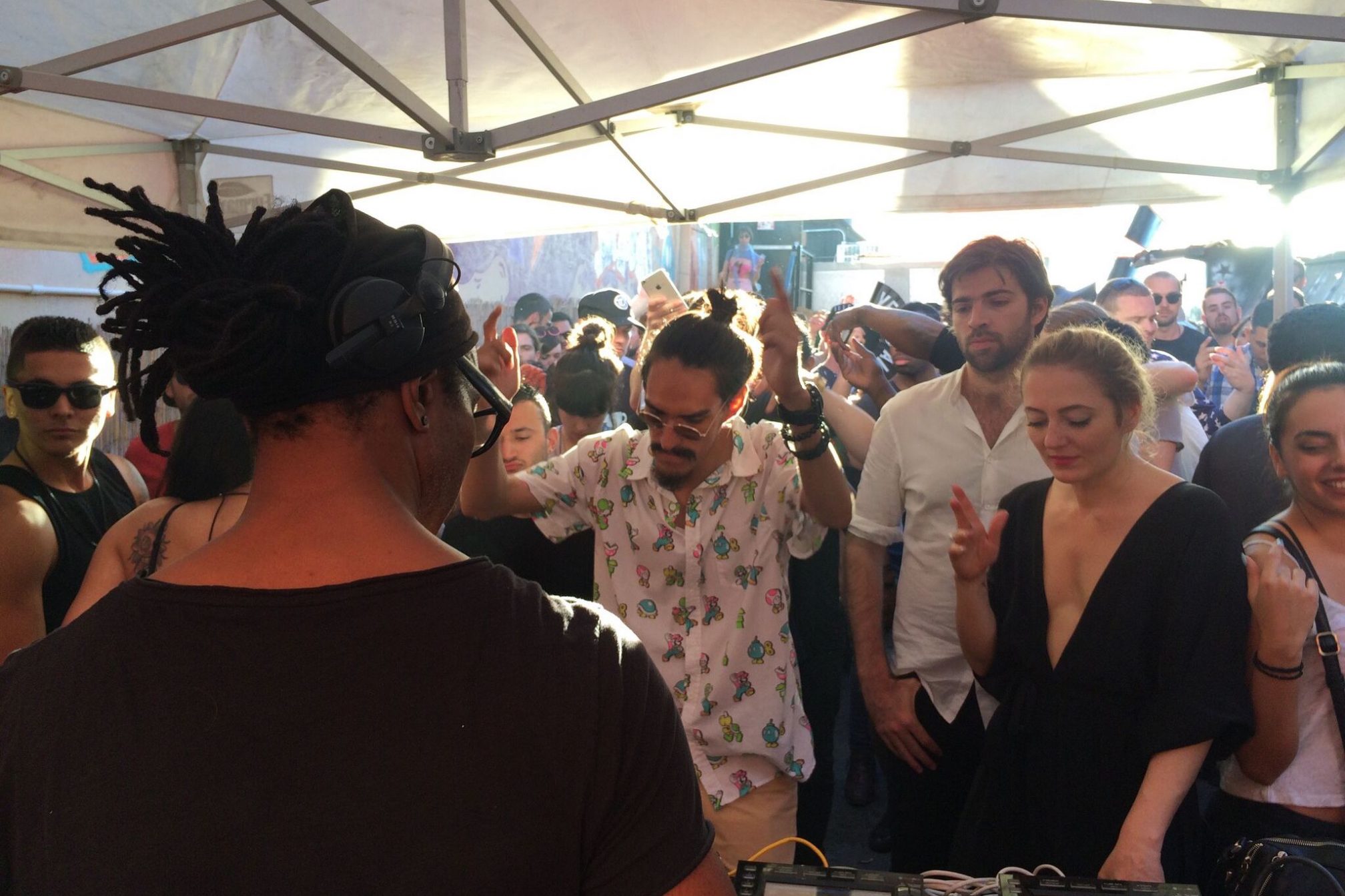 The Cabaret Law, also known as the “no dancing law”, is not only damaging New York’s nightlife, but is also seen as racist and unconstitutional. Established in 1926, the law was supposedly introduced to crack down on speakeasies but also targeted Harlem jazz clubs. Since then, it has come in and out of fashion with different mayors - Rudy Giuliani used it under his “quality of life” campaign, while his successor Michael Bloomberg unsuccessfully tried to reform the law. 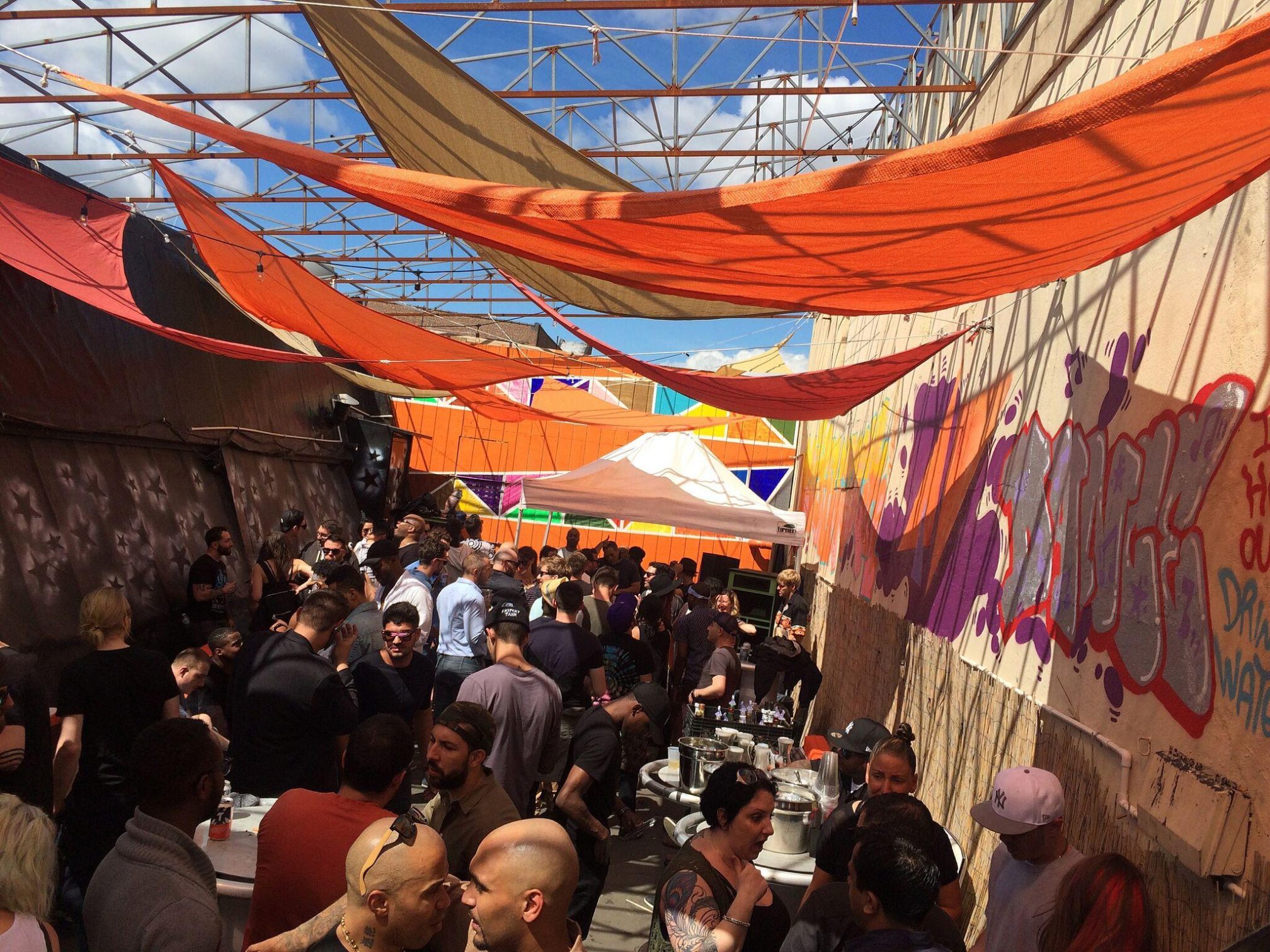 Although the administration of the current mayor, Bill de Blasio, has recently said it supports a repeal, campaigners say that to this day it is still being used as an arbitrarily enforced tool for discrimination by targeting small and minority venues. They also claim that it’s putting the health of the city’s nightlife in danger – forcing parties into potentially dangerous spaces, discouraging people from allowing dancing or opening new venues and as a tool to shut down those in rapidly gentrifying areas.


DJ and party organiser Ali Coleman from House Coalition, who has been dancing in the city since the late 70s, says the law is being used today like it was in the nineties “with the task force [MARCH, or Multi-Agency Response to Community Hot Spots, which usually distributes Cabaret violations] coming in during peak hours of the parties and harassing owners and their patrons”. He adds: “Sometimes this harassment leads to owners of these smaller venues in Williamsburg, Bushwick, Crown Heights and the surrounding neighbourhoods to shut their doors.” This, he says, impacts not only venues but also their employees and patrons. Mixmag has contacted NYPD, one of the agencies that comprises MARCH, and City Hall for comment. 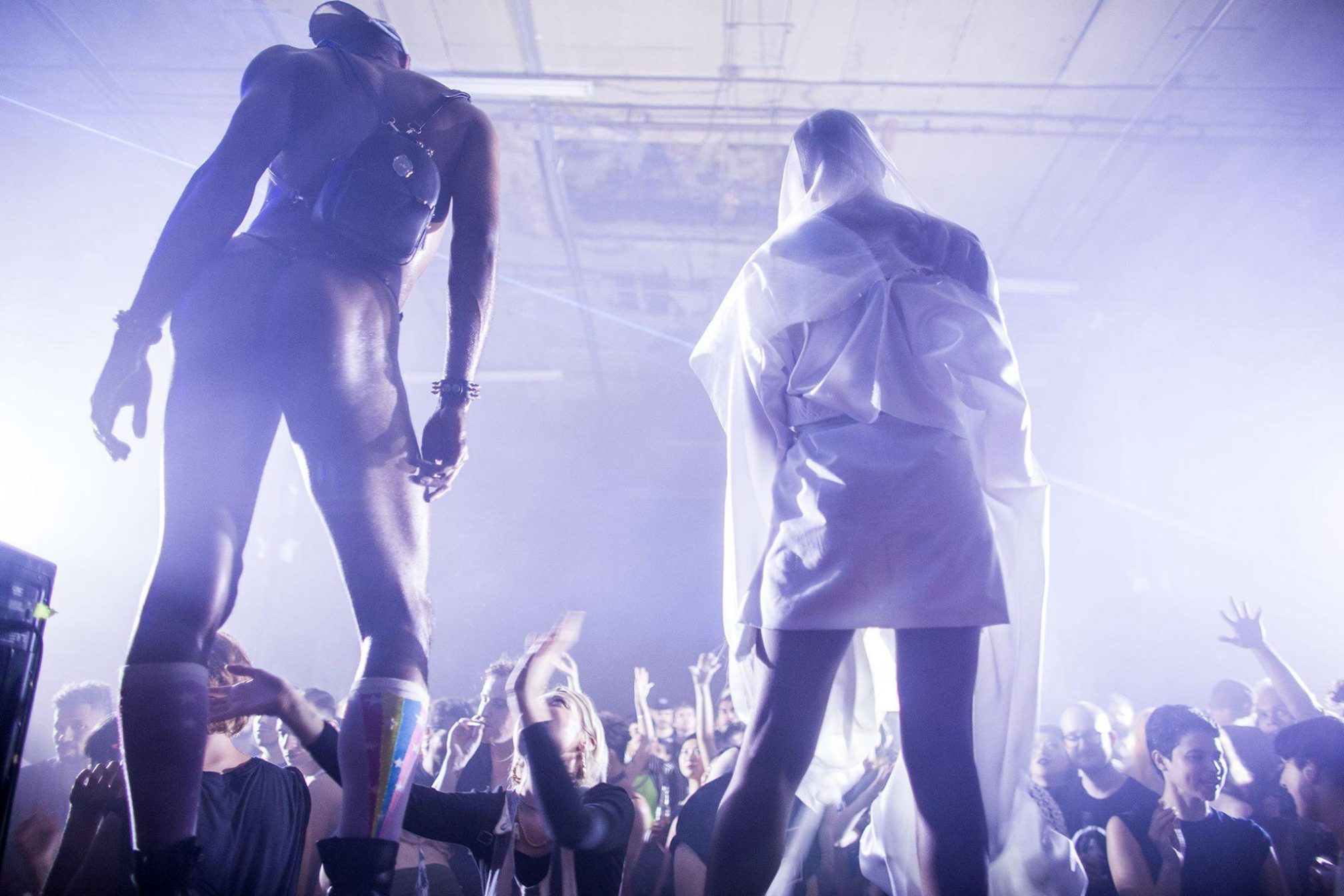 At the hearing, which is hoped will be followed by a vote in the campaign’s favour and a repeal in the New Year if everything goes to plan, dozens sign up to share their experiences in several hours of testimony. In his introduction, council member Rafael Espinal, who has been leading the latest attempt to undo the law and recently successfully campaigned for the introduction of an Office of Nightlife and a Nightlife Task Force, says the question mark over the issue is “hampering New York City’s cultural reputation”.

DJ and radio producer Jeannie Hopper, from Liquid Sound Lounge, says the Cabaret Law has “corporatized” the scene by making licences inaccessible to small venues. “The only people who can afford to have a cabaret licence or legal establishment is big money corporations,” she tells the hearing.

Some supporters of the Cabaret Law claim it enhances safety in venues, but campaigners say it has the opposite effect - pushing parties into unlicenced spaces and scaring some off making contact with fire services. They say safety is already covered by other litigation. Instead, they argue that the law is used as a force of oppression. Attorney Jerry Goldman, a member of Dance Parade, says it has been used to discriminate against minority groups based on “what they look like, how they act and what they do.” Jamie Burkart, a member of NYC Artist Coalition, says the law has become a tool for the alt-right and “extreme conservative groups” to shut down liberal community spaces. “A teenage prankster in Miami can shut down spaces in New York City with this outdated law,” he tells the hearing. 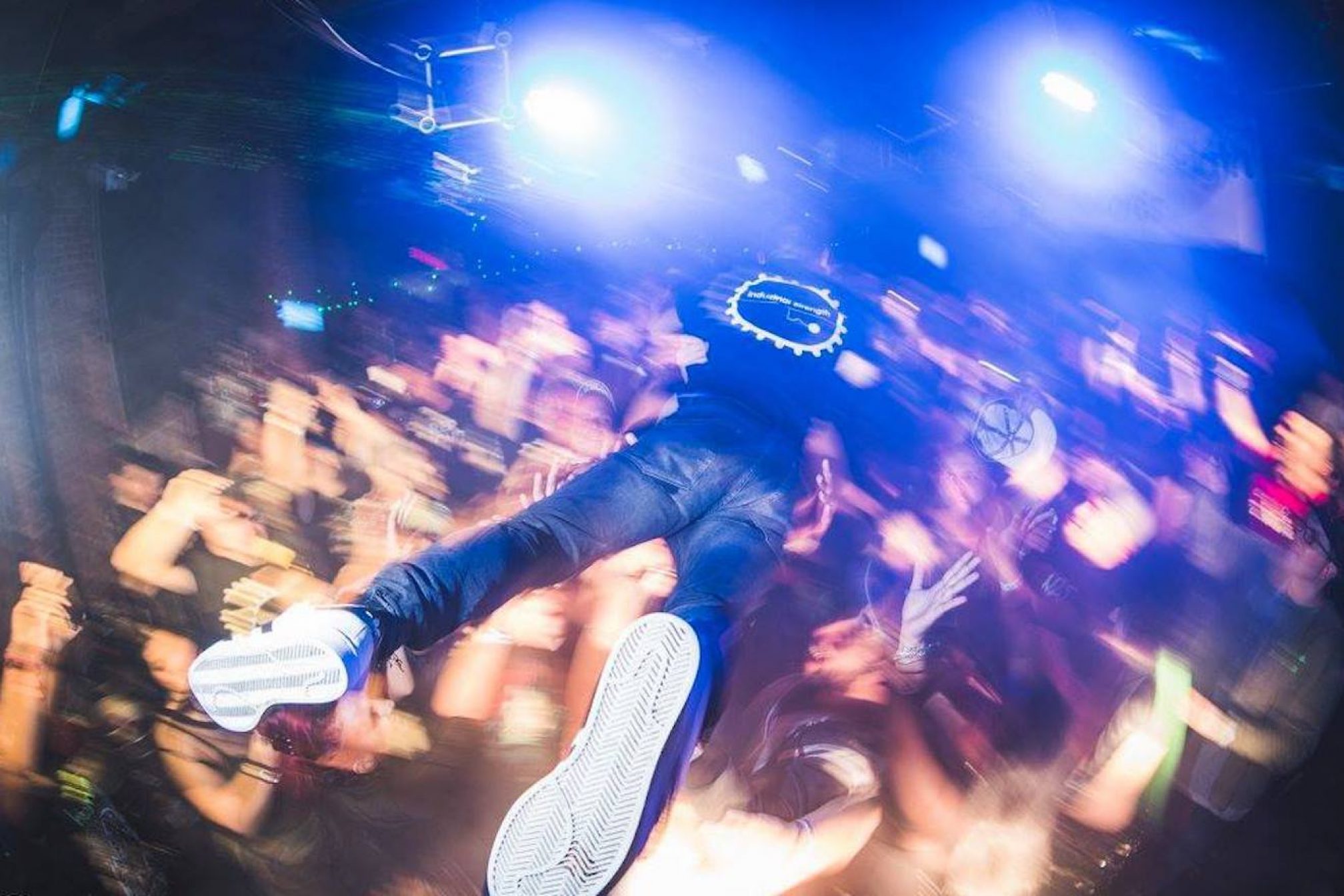 Although getting rid of the law will not solve all the city’s nightlife problems – particularly issues surrounding zoning – campaigners say it would have an overwhelmingly positive impact. Nicole Brenecki, who runs New York Trax record label and is a member of Dance Liberation Network, says: “Repealing this law would lead to the establishment of more independent venues and underground events and further establish New York as the nightlife capital of the U.S. and perhaps even the world.” Frankie Decaiza Hutchinson, co-founder of Dance Liberation Network and feminist DJ collective Discwoman, adds: “By dancing being criminalized it forces people to dance in less safe or unregulated environments. If we had more spaces to dance there is less risk of anyone being put in potential danger.” Coleman says businesses – who will still have to follow rules including fire inspection, liquor licensing and the requirements of their insurers – will “no longer live in fear of being harassed and fined”.

So what are their chances? And why has it taken so long to get to this stage? There have been a number of campaigns to change the law – including in court and through other legislative bodies – but this hearing marks the first time in its 91-year history that there has been an attempt to fully legislatively repeal it. City Hall insiders say it’s taken this long for there to be sufficient awareness and will to get it this far but they are optimistic about getting it repealed by January. Generally, there’s a feeling that the Cabaret Law is an archaic and damaging presence in the city. As choreographer and director Mercedes Ellington, the granddaughter of the late legendary jazz musician Duke, put it at the hearing: “It has no place here in the greatest city on earth, or anywhere on this earth.”