For a tiny, 200-capacity basement club in Glasgow’s historic Merchant City, La Cheetah certainly punches well above its weight. “It’s a perfectly sized venue,” insists Maya Medvesek, aka DJ and producer Nightwave, who has held her Nightrave parties at the club for the past five years. “It’s small enough to build a rapport with the crowd, and big enough to get lost in. It’s intimate, dark and loud, and a second home to many Glaswegians – me included.”

Sister venue Room 2 opened in March on the site of former city-centre venue Chambre 69 (a club which, on Friday night at La Cheetah, we overhear described dismissively as “a palace for teeny-boppers”). While it’s retained most of the fit-out of its predecessor, it’s run by the La Cheetah team along exactly the same principles.

A key element of La Cheetah’s success is its tight-knit sense of community. As you’d expect for a limited capacity underground venue, it attracts a loyal local audience. It’s also the kind of place where you’ll spot the small team behind the venue constantly in action, week in, week out; from Alain, the no-nonsense yet good-humoured security staffer who acts the club’s gatekeeper, to Grahame ‘Wardy’ Ward, La Cheetah’s booker, programmer, and one half of the club’s resident DJ duo alongside Dom D’Sylva. 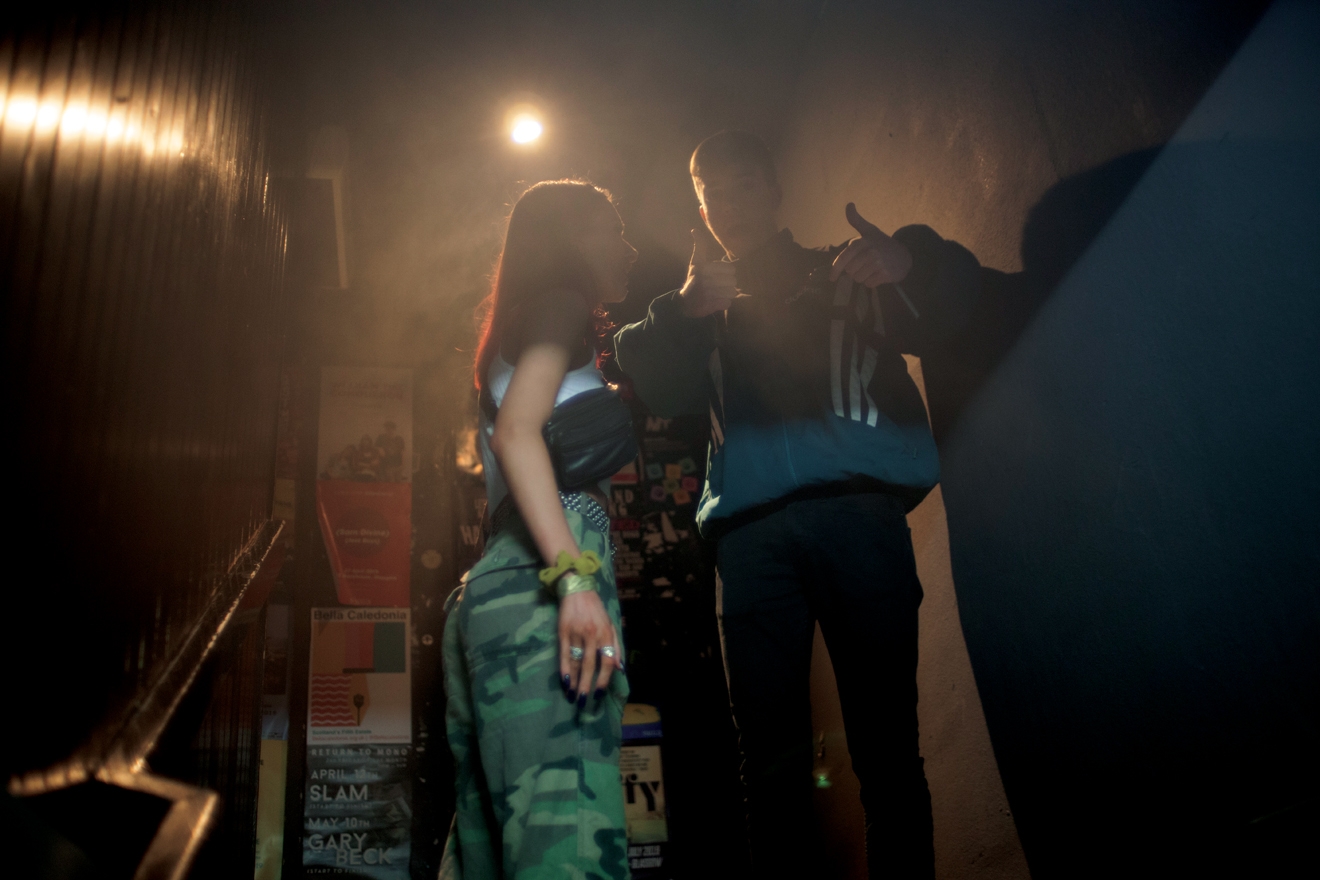 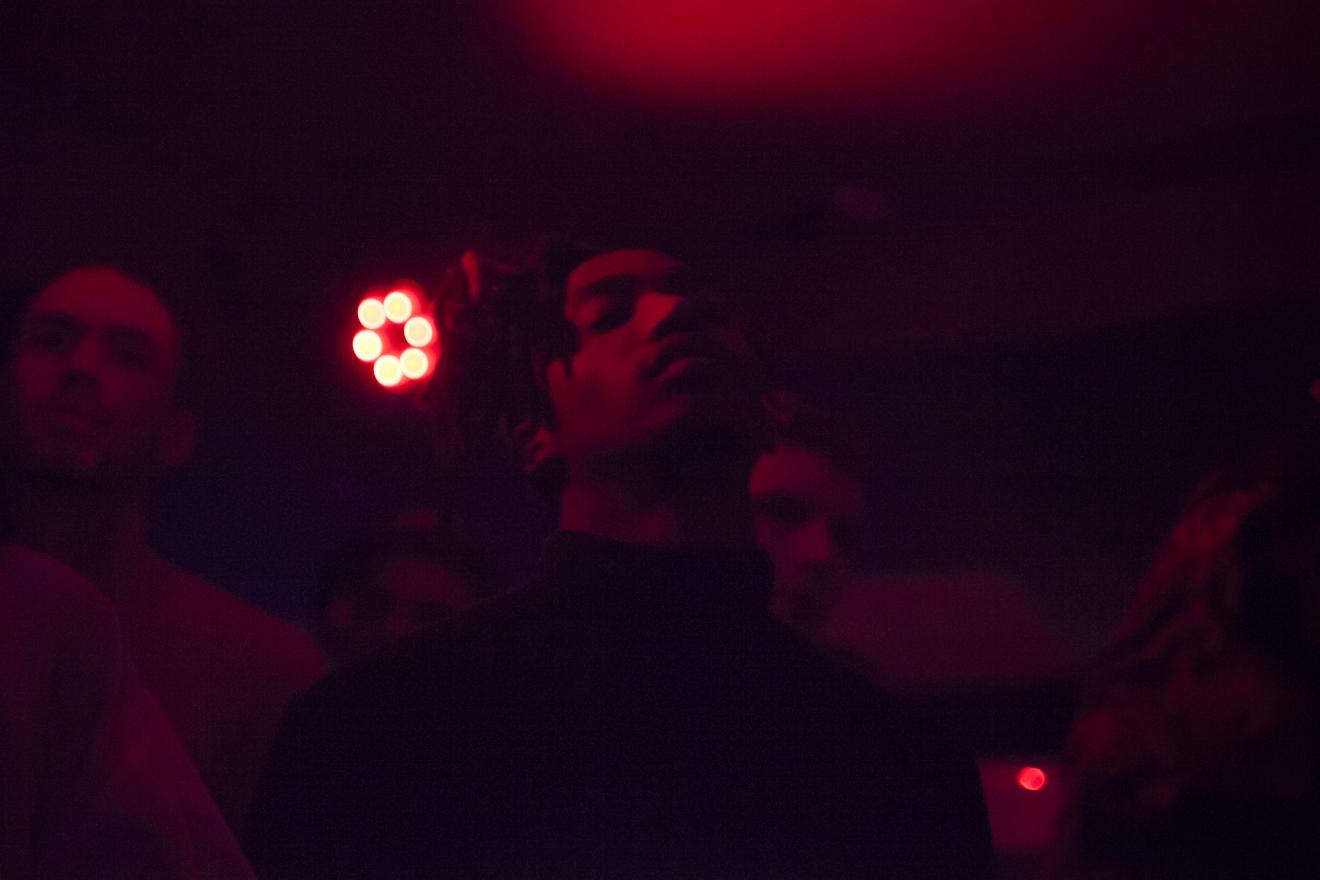 Tonight, the mood of the club is a celebratory one; it’s the release day of Laurel Halo’s much anticipated DJ Kicks record. Upstairs, the adjoining Max’s Bar is heaving with punters and downstairs the dancefloor is already crammed with La Cheetah’s usual mixed bag of art school students, older ravers, young couples, and groups of lads in slogan T-shirts and trainers. Nightwave is revving up the crowd with a bold selection of acid, jungle and electro grooves. Her set culminates with Giza DJs ‘Wormholes’ and as the track plays out a couple of taller guys in the crowd thump their fists appreciatively on the venue’s low ceiling, Sub Club-style.

Halo takes over just after 1:AM, and the American-born, Berlin based selector is on fittingly jubilant form. Her confidence and energy in the booth flows through to the sweaty throng of dancers. There is also a wider sense of occasion at play: this year mark’s La Cheetah’s 10th anniversary, and there’s a palpable sense of fondness in the air for the little club that has become one the most popular nightspots on Glasgow’s once again thriving dance music landscape.

Grahame Ward has been a part of La Cheetah for the past seven or eight years – “almost from the beginning” – and he attributes much of the venue’s success to his relationship with the club’s owner, Dario Bernardi. “Dario stays out of my way in terms of the bookings and programming,” Ward explains, “but he’s still very active behind the scenes. A lot of stuff that’s happened in La Cheetah probably shouldn’t have been able to happen, logistically, in a two-hundred-capacity venue. But Dario was funding those events from the bar’s takings upstairs. If it wasn’t for Dario doing all that, the club wouldn’t be where it is today.”

Rather than adhering to a particular ethos or booking policy, Ward insists that the artists La Cheetah books are “really just whatever takes our fancy at the time. But it’s grown over the years, and we’ve ended up with residencies and all sorts.” To mark the club’s 10th birthday this year, La Cheetah is embarking on a range of new ventures. The club hosted its first-ever festival stage at Glasgow’s Electric Frog & Pressure Riverside Festival in May. 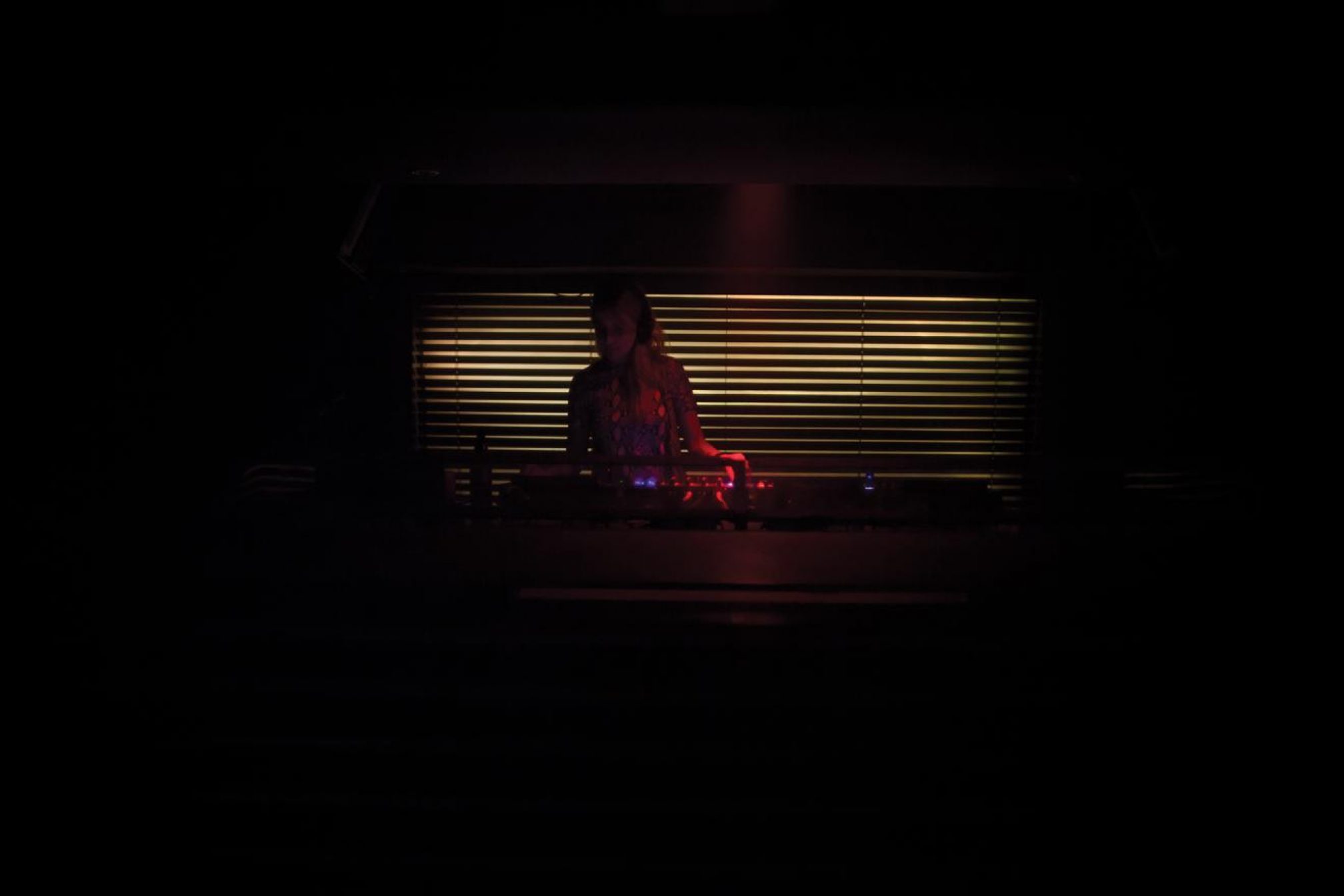 The venue is also hosting a special programme of residencies, with Objekt, Shanti Celeste, Avalon Emerson and Palms Trax each hosting a four-part series of parties across 2019. These are not simply ‘special guests’ but selectors with whom the club has developed an ongoing friendship, born in part from La Cheetah’s faith in the artists it books and its willingness to champion them in the early stages of their careers.

Take the club’s relationship with Palms Trax, for example. As Ward explains, “I think it was his first booking outside of England… it was definitely one of his very early bookings. He had put one record out, and the first time we booked him the club was not as busy as it should have been. But now we’ve got him back as a resident for the third year running, and his upcoming party with Job Jobse sold out in one day.”

The biggest event for La Cheetah this year has been the opening of Room 2. “Basically we had been talking about opening a larger space for years,” Ward says. “Room 2 has the capability of being a live venue, which is what we’ve always wanted. La Cheetah is an amazing space, but it is a club – although we have put full bands on in the past, it doesn’t really suit proper live acts. We want to have that avenue, and Room 2 just happened to come along at the right time.” 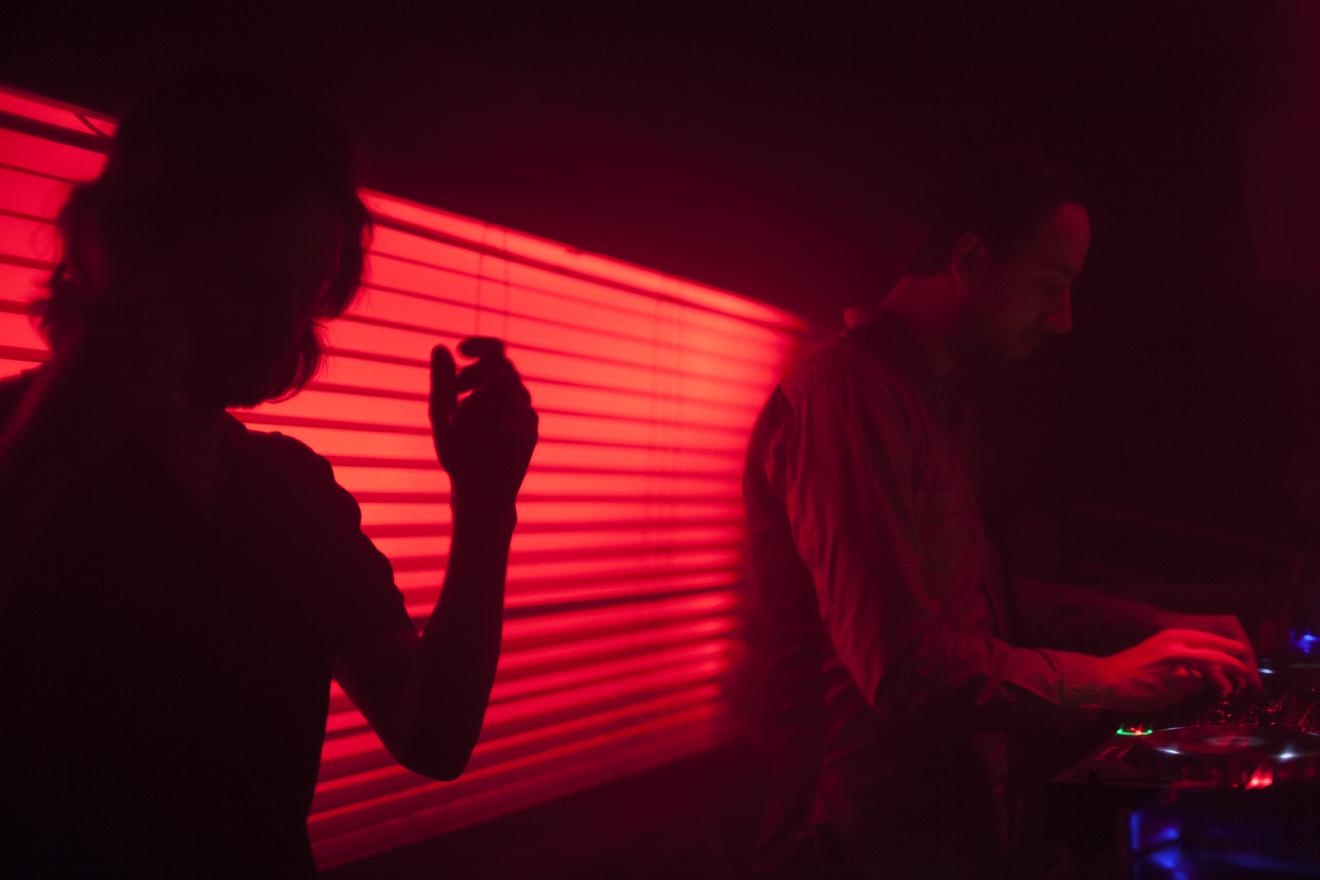 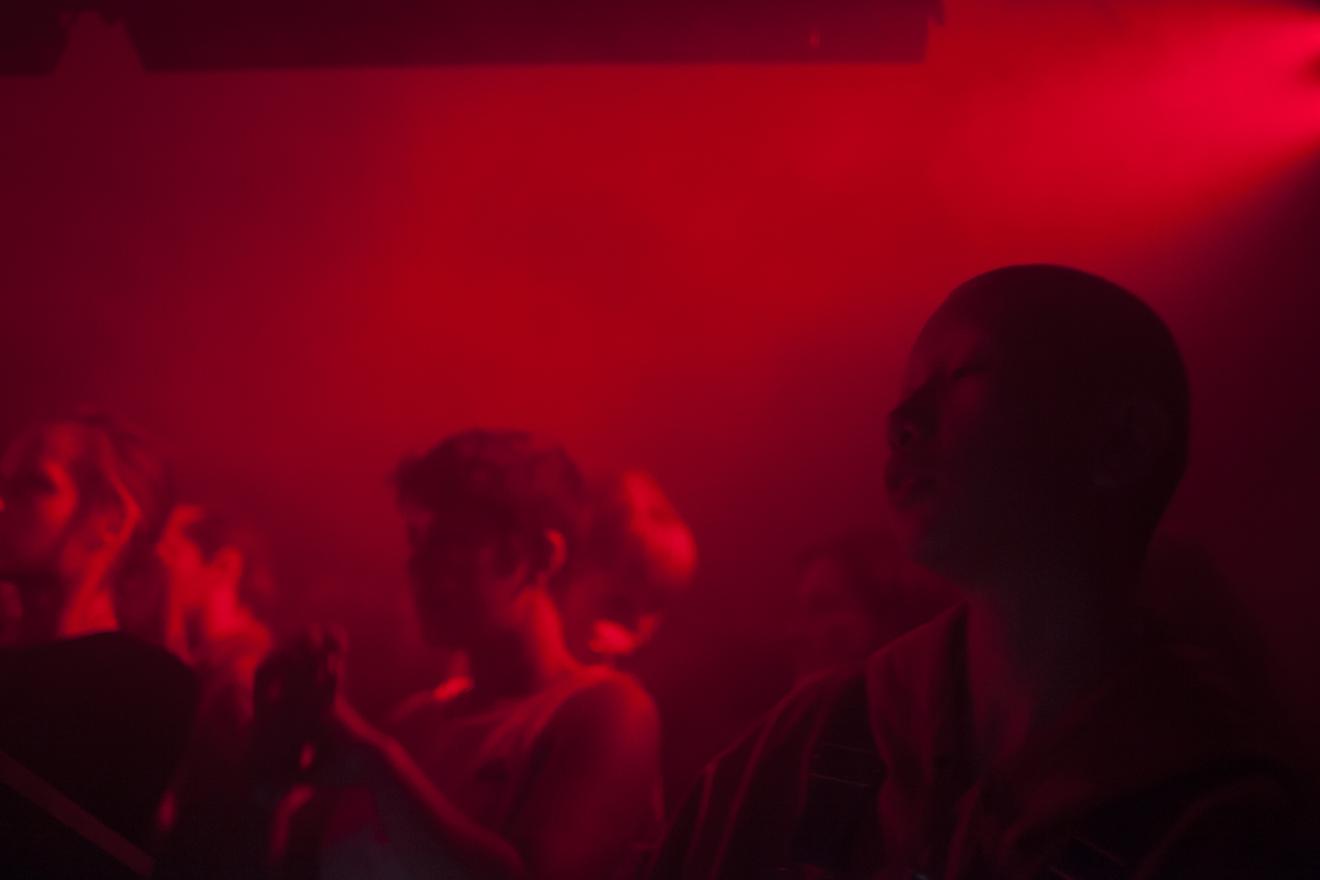 On the Saturday night following Nightwave and Halo’s party at La Cheetah, Mixmag is at Room 2 where rising local talent The Burrell Connection is playing a live show of house-leaning jams, before New York house hero Levon Vincent steps behind the elevated DJ booth. Like La Cheetah, Room 2 is decked out with a Funktion-One soundsystem, but in contrast to La Cheetah’s no-frills interior, its sister venue is glossy and modern, with a long, wide bar against the far wall, a full lighting rig, cosy booths and gender-neutral toilets.

Levon Vincent is easing into his set just after 1:AM, and the club is about half full. It’s a noticeably younger crowd to the previous night. Vincent’s years of experience behind the decks show as he picks up on the lull in energy on the dancefloor and instantly resuscitates the room with the Danny Krivit edit of ‘Strings Of Life’. From then until the 3:AM closing time, the turnout remains on the sparse side, but the vibe is enthusiastic as Vincent drops in his own track ‘Man Or Mistress’ alongside a run of upbeat tunes.

A decade is a long time to grow an audience, and many of La Cheetah’s regulars see the club’s trump card – the opportunity to see some of the biggest names in dance music in such an intimate environment – as tough to beat. At Room 2 we meet Jordan, a friendly 30-something observing the room with a pint in hand, and as he puts it (in typically blunt Scottish fashion), “It’s got potential. I feel like an old cunt, but it’s a good alternative.”

At a time when many cities around the UK are seeing their club venues under threat and their nightlife decline, Glasgow has been experiencing an unexpected period of regeneration. If 10 thriving years of La Cheetah Club is anything to go by, the same guiding hand behind Room 2 bodes very well for the continued growth of the city’s dance music culture. As Ward muses, “Obviously when you open somewhere new there can be teething problems, but we know what we have on our hands. Dario’s ethos with the cost side of things is if we book the right acts, and it’s received well enough, then the financial side of it will come. We went into Room 2 with a good idea of what we had to do to make that space something special.” Good hunting.