“You’re misbehaving!” SHERELLE says with a wink and a smile to Yazzus during 6 Figure Gang’s takeover of Colours in Hoxton. To be more specific, it’s the point at which the burgeoning London crew’s set goes from hyper to warp speed, with Yazzus detonating a 160bpm bomb before handing the headphones to her partner in low-end crime. Onwards and upwards they go, fearless in their quest for reloads.

This is the first club night from L U C Y, the heavy bass producer who’s also a part of 6 Figure Gang (alongside FAUZIA, Dobby, Jossy Mitsu and the aforementioned) and boss of the SZNS7N imprint. Flying under the banner of her label, the party showcases the speaker-decimating dance music that she DJs, produces and, like everyone else in attendance tonight, absolutely loves. It lands at Colours (fka Hoxton Square Bar & Kitchen, which’ll be familiar to early 10s indie kids) with a line-up boasting Pinch, Plastician, a 160bpm set from Jetsss, Bunny and 6 Figure Gang themselves. The venue is a newly refurbished take on a decent East London space that boasts a colourful cocktail bar with its own signature drinks and a shadowy 300-cap rave box that’s great for getting your head down and dancing. 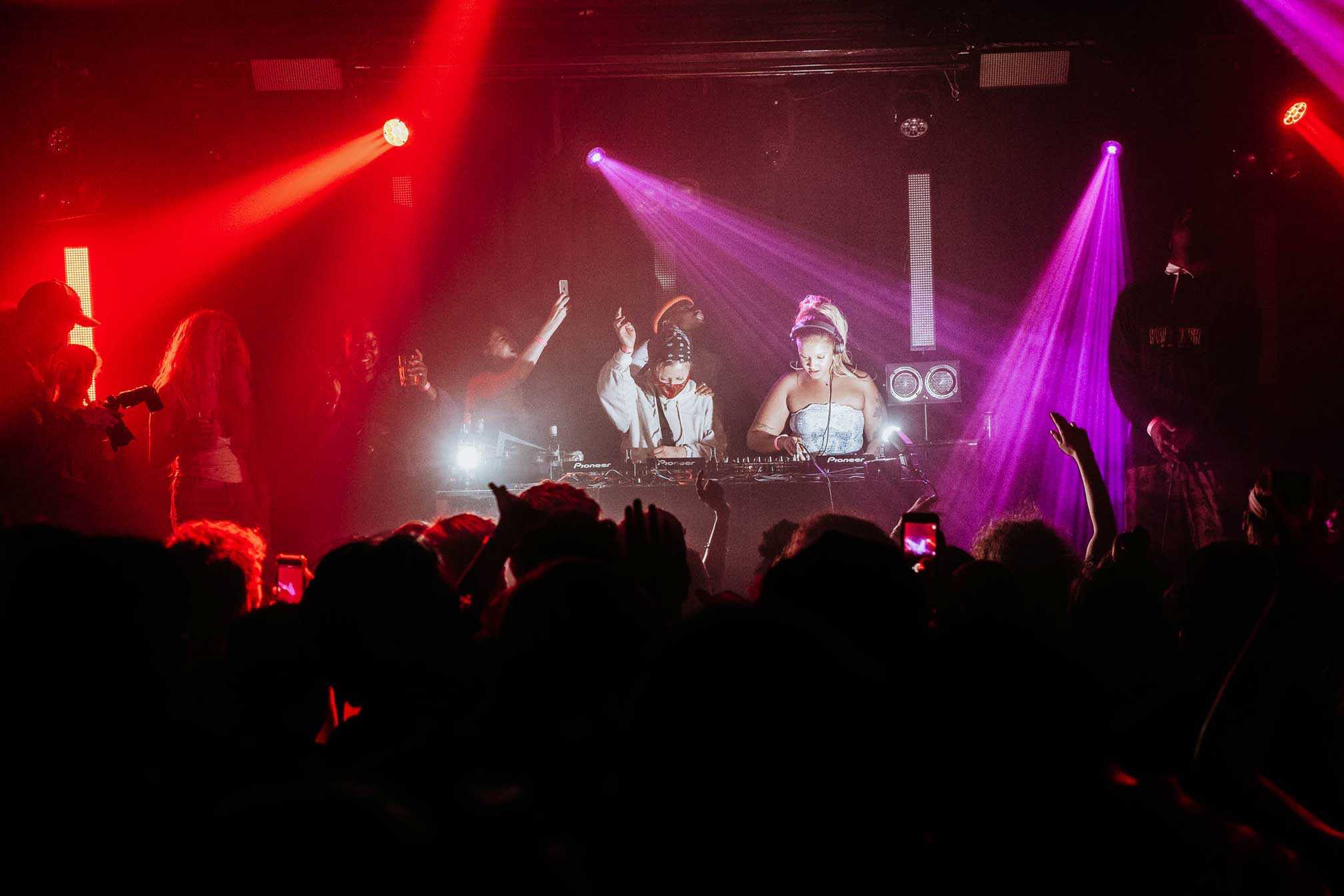 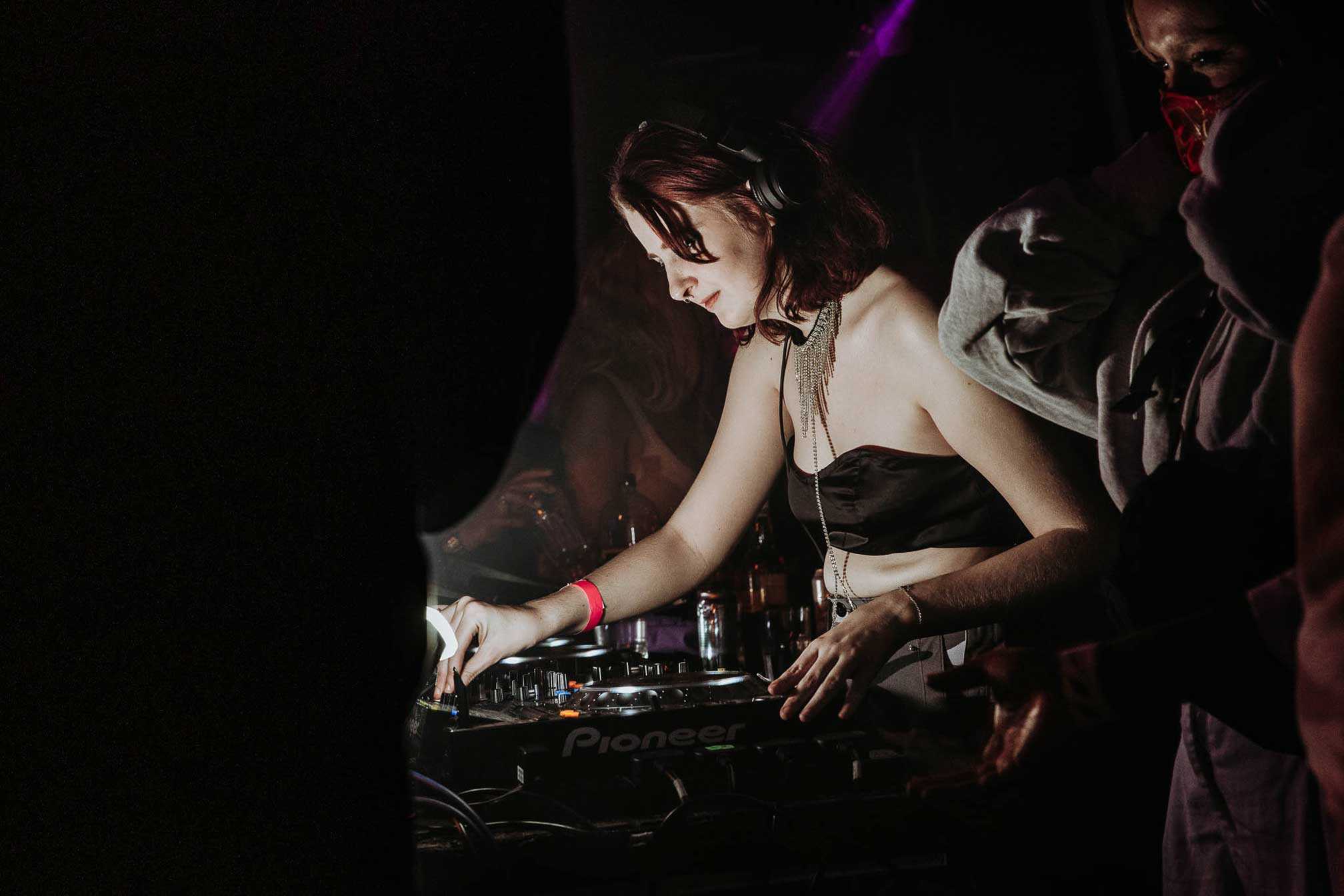 “Dancing” – because tonight, as you’d expect from this young crew who’ve dominated electronic music in 2019, it’s all gun finger salutes, friendly moshing, calls for the reload and, as the party reaches it peak, crowd surfing. 6 Figure Gang don’t fuck about. Their slowest setting is 130bpm and they accelerate through tough club music into ecstatic footwork, jungle and d’n’b. It’s a workout. Stale raves where the tempo sticks at 126pm be damned.

There’s a tender moment early in the night when dubstep pioneers Pinch and Plastician wrap up their extended b2b and hand over to L U C Y and the rest of 6 Figure Gang. Hugs are exchanged as the OG guard graciously set up this young team who are introducing a new generation to the thrill of grime, dubstep, ruff techno, club, footwork and d’n’b (some veterans from the FWD>> days are also spotted in the crowd). 6 Figure Gang pay homage while creating a space in bass music that just didn’t exist when Pinch and Plastician were coming up: women of diverse heritage and sexuality flooding the booth and the front rows of the crowd, bringing their own sonic and sartorial style and endless positive energy. It’s a not-very-hostile takeover and it’s about time. 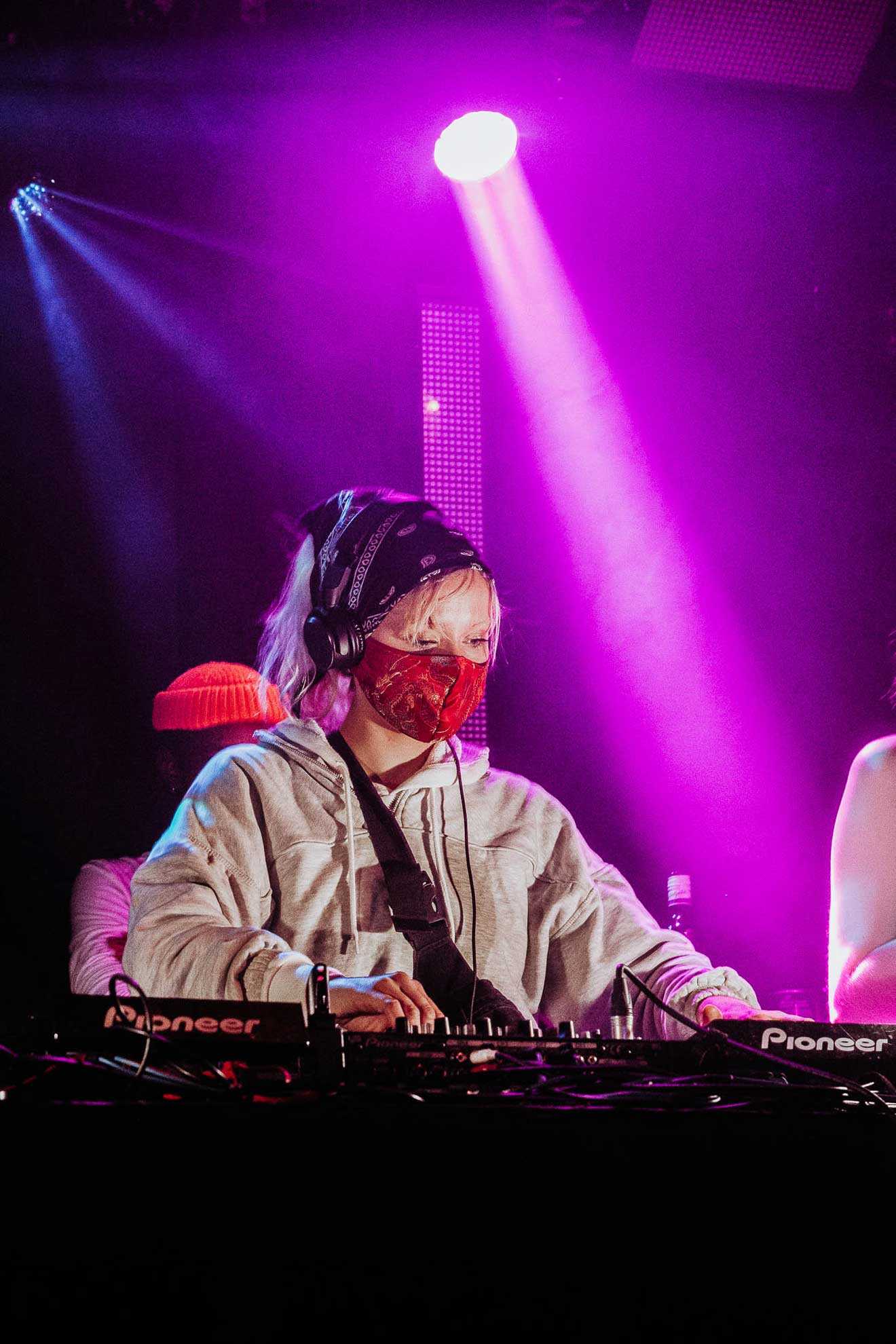 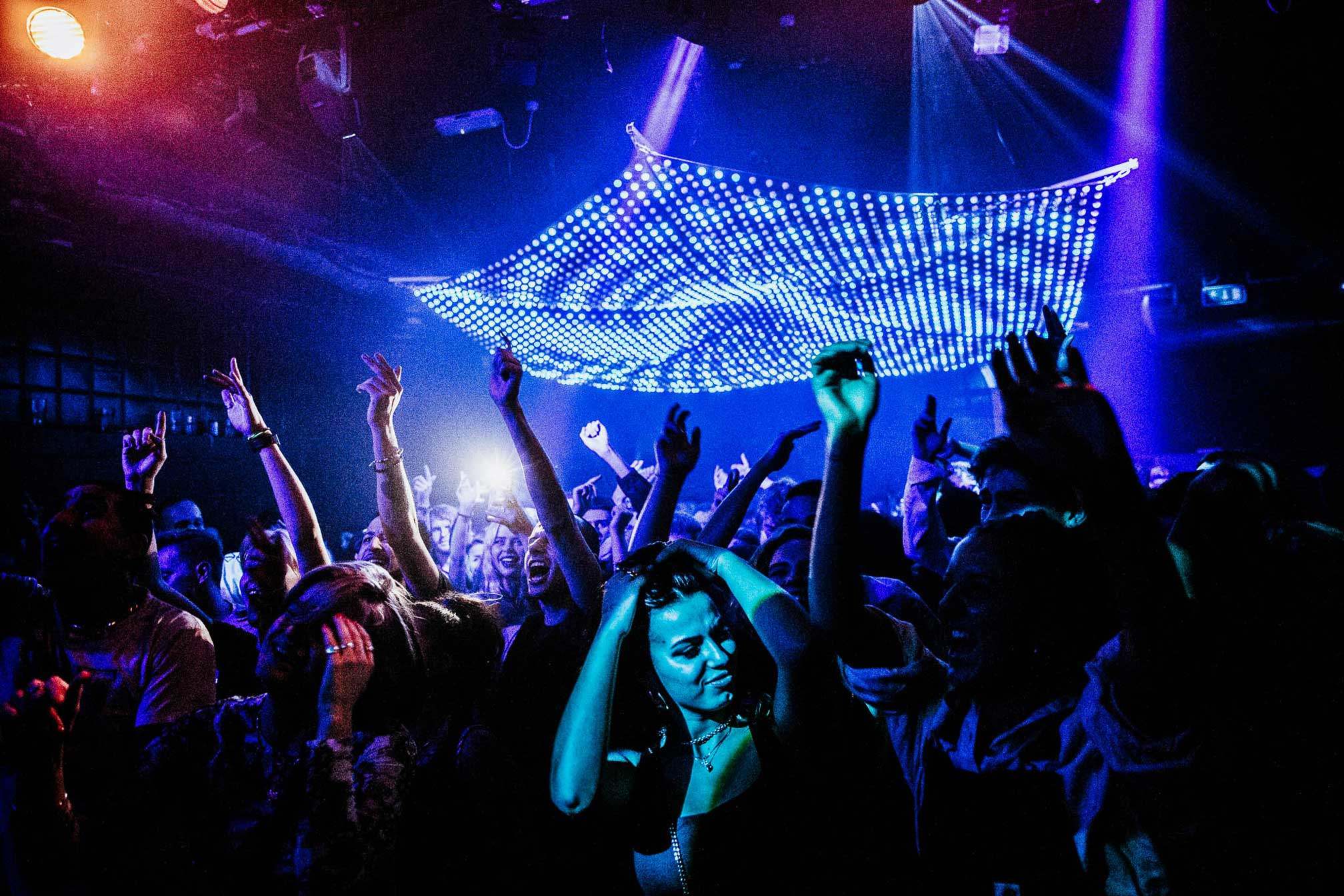 This first SZNS7N Session sold-out easily, testament to the following that the crew have amassed over the last 12 months. It also takes place a few doors up from where the legendary Blue Note club night used to be, these new artists feeding directly into London’s rich low-end history and putting their own mark on it. Credit to Colours, which features a programme heavy on inclusive and LGBTQ+ events, for getting this corner of Hoxton dancing to forward-thinking dance music again. 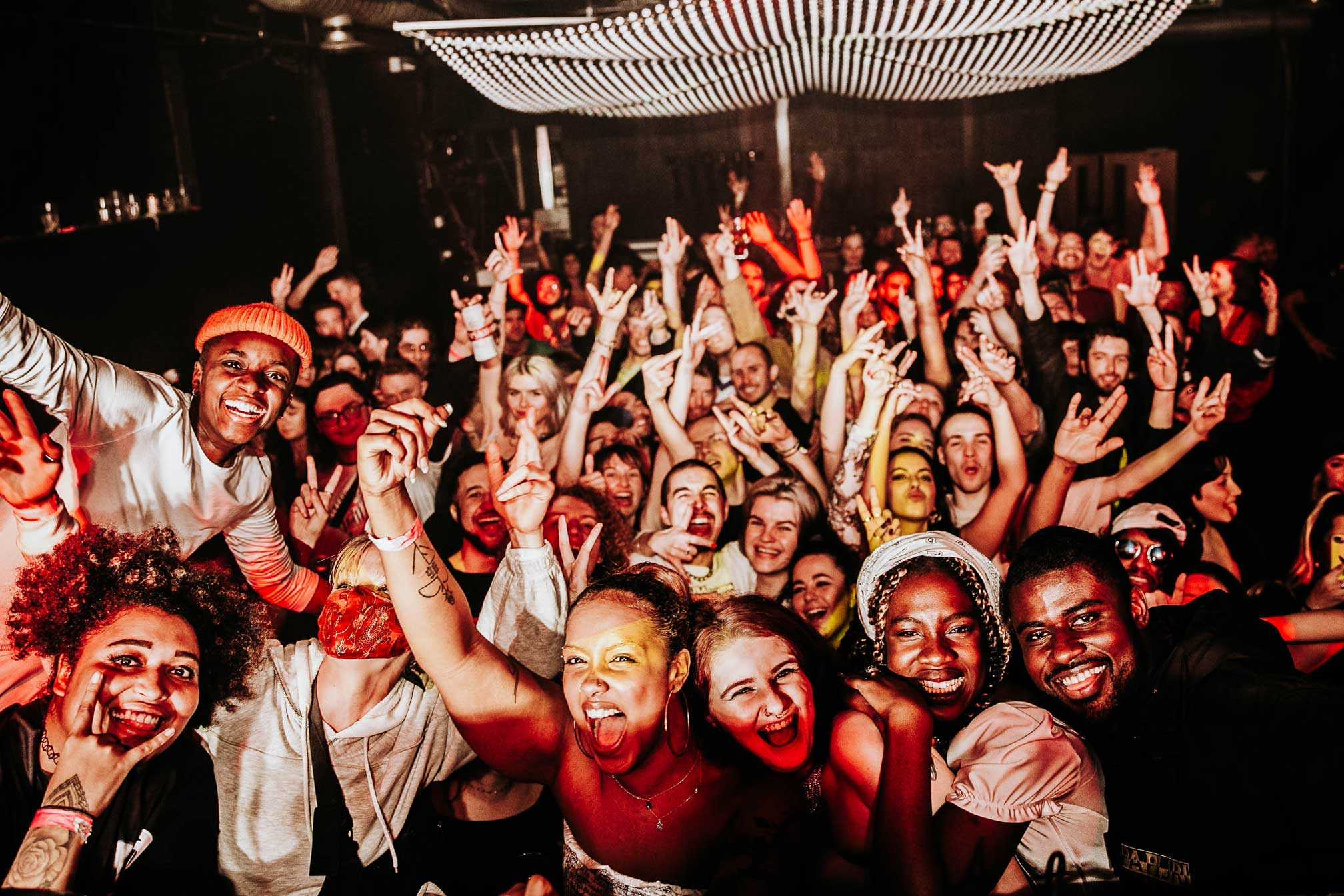