But there are also talks on the concept of art, short films, electronica, US rapcore and Spanish rock bands fusing to create something complex – a fact pointed out by the front man of Ho99o9 as he stands in the centre of the floor, discussing music mid-set with a member of the crowd. Stark naked. Another member of the group, a 6' 5" man built like a truck, wears ripped denims and an eyeless black balaclava. He gives us a cheerful wave.


Shaken, for reasons we don't fully grasp, but expect were intentional, we head back out for a smoke. Elijah Wood is playing a Turkish funk set upstairs. The tree journo is beatboxing at a wall. Talk moves to the concept of Berlin (and Berghain) "changing" – at which there's generally laughter. "People think Berlin's culture movement is a relatively new thing. It's not. Berlin was always a place of great creative momentum," says Martin. It's a view shared across the board. While Berghain may seem to some like the latest 'buzz club', with nay-sayers predicting an inevitable sell-out phase, "Berghain has always been the absolute centre for us," says promoter Maximilian. "The international media may come and go, but we'll still be here". 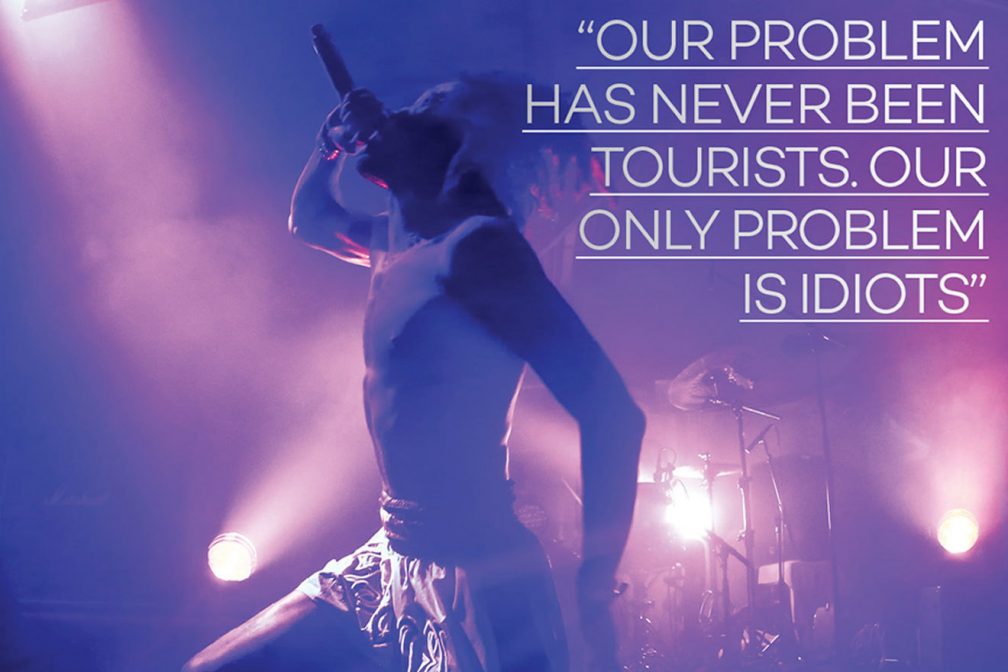 So what of the tales of mass movements of Brits into Berlin, bringing rising prices? "Our problem has never, will never be tourists. It was these that made Berlin the city it is today. Our only problem is idiots. Which, we understand, are a problem in every city," say label owners Dan and Dom. It seems Berlin, the city where it's easier to get hallucinogens than non-soy-based milk, isn't about to be rocked by a few enterprising shufflers.

We move back inside where the place reverberates with kicks, snares and a sense of shiveringly sexy sleaze. The outfits are from the 1970s. The crowd range from 19 to mid-50s. We're chain-smoking and being handed shots by total strangers. We've spent three days here now, and we're starting to get the context, starting to nail the angle. It's a musical fortress, a cultural hospice, famously liberal yet utterly uncompromising. Seems to us that Berghain's message to the world is simple: we're here. We've always been here, and we'll be here after you've gone. So get back in the queue.

This feature is taken from the November issue of Mixmag, onsale now