The Polish electronic music scene – though not as large as in Germany or the UK – is developing very dynamically, attracting more and more new listeners and club and festival audiences.

Twenty festivals with a strictly electronic profile call Poland home, from Instytut, held amid the sci-fi concrete of the Institute of Power Engineering building, to the Garbicz festival, in a secluded forest beside a sparkling lake. And of course there’s Unsound, Kraków’s boutique festival with a challenging and diverse line-up that often makes international waves, and has begun to export itself across the world.

But beyond that week in October when Unsound takes over the venues and spaces of the beautifully preserved former medieval capital of Poland, there’s an active and engaged community in Kraków supporting a healthy and unique, year-round nightlife scene. 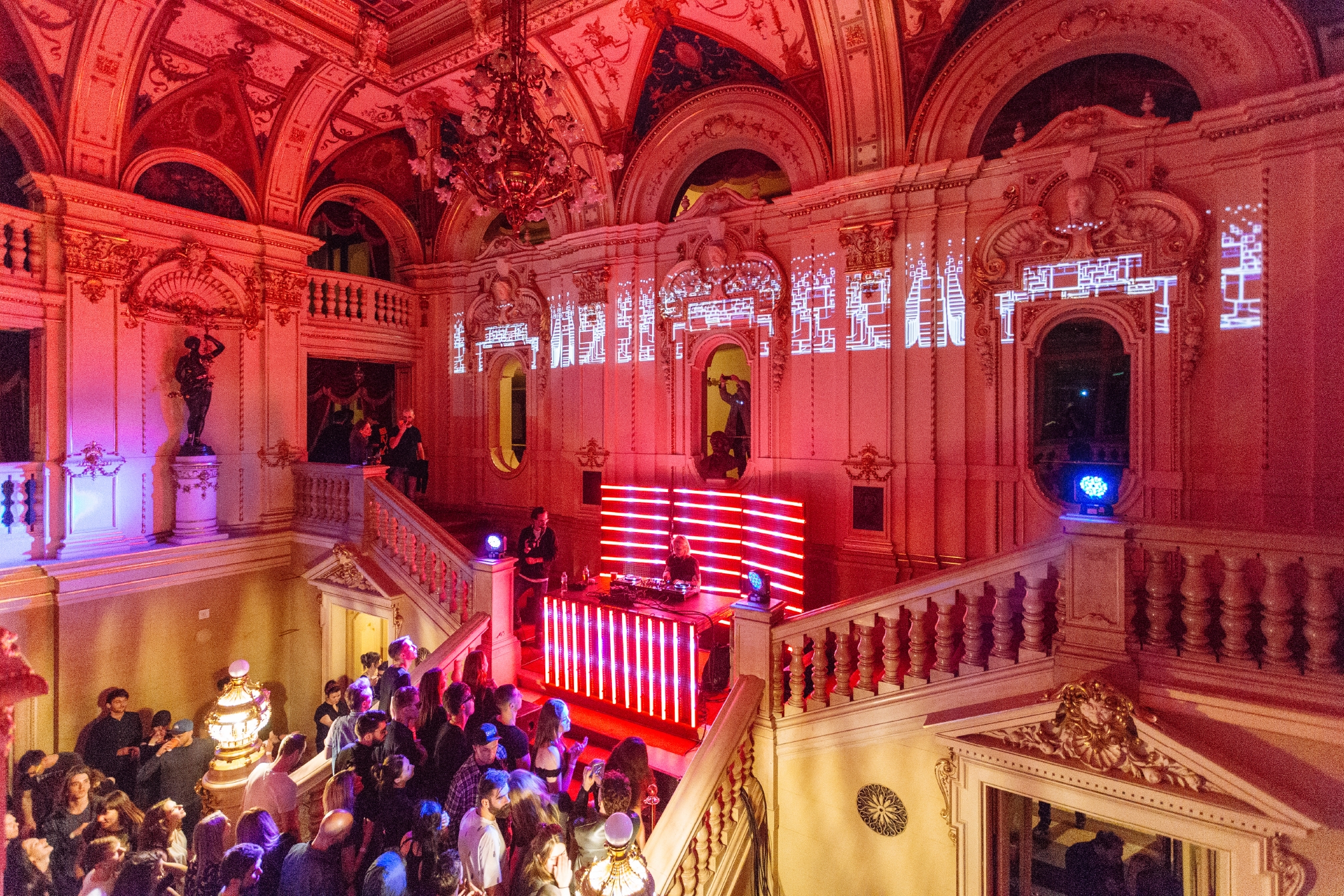 To get some perspective on the Kraków scene, we actually start 300km away in Warsaw, at a recording studio belonging to Matt Kowalsky, a DJ and UK garage producer who was a key player at the birth of the Kraków scene in the 90s.

“We were definitely the bad boys,” he laughs, as he plays us his fresh two-step and nu-garage tunes and digs out old flyers from garage and drum ’n’ bass parties 25 years ago, including the legendary Funk-Fu parties. Kraków in the 90s and early 2000s, he explains, fell totally in love with British sounds like garage, jungle and happy hardcore, coalescing around DJs like MK Fever, Mr Krime and Dopuro, and even creating its own offshoot, krak-step. The first parties took place in clubs like Krokodyl and Krzysztofory, and the sound of Kraków was rough and dirty – completely different from Warsaw at the time, where smooth, funky house was king.

Arriving in Kraków itself, our first stop is one of the countless pretty little cafés to meet some of the leading lights in the city’s nightlife: Paulina Żaczek, a promoter from the Granko agency, Łukasz Warna-Wiesławski, the head of the Tańce label, and Olivia and CHINO, the most popular DJ couple in town. 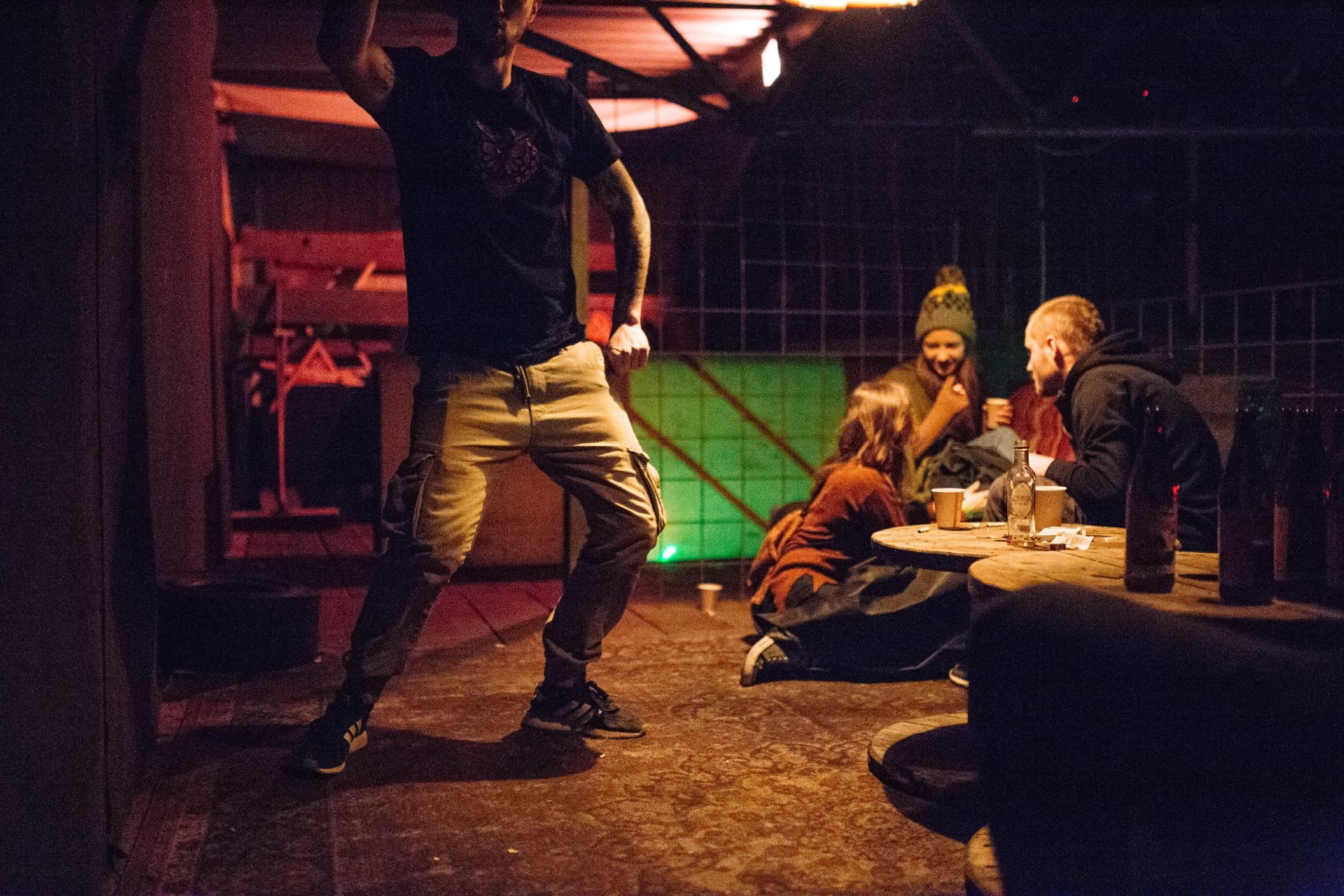 The legacy of Unsound is clear when Paulina mentions a change in the format of events: her party Zabawa (‘Fun’) is meant to be a response to the standard club night template and usually begins with discussion panels and DJ workshops and finishes with a party – last time over 1000 people came throughout the day. On the surface these might sound a bit worthy, but both Paulina and Łukasz emphasise that having fun is the priority. "I don't want to overwhelm people with arcane knowledge about dance music," says Łukasz, "I just want to present a variety of programs of the best quality and hope people will come along."

But being unconventional can be difficult in a city that, like so many, is undergoing change. Clubs in the city centre are exposed to rent increases which in turn means pressure to change their formula to a more commercial one. And Kraków’s clubgoers just don’t want to party outside the city centre – none of the venues that have opened in the suburbs have survived. Meanwhile, many clubs in the centre are aimed at the flocks of tourists who come to Poland to enjoy cheap alcohol and low-quality entertainment.

Read this next: Monster is breaking down boundaries for the Eastern European scene

Olivia says that a feature of Krakow’s scene are small venues often located in beautiful eighteenth-century buildings, and with a short life span. The crowd here tends to be transient, flitting from venue to venue in the compact city centre over the course of the night, café to café, bar to bar, disco to disco, to drink and meet friends. 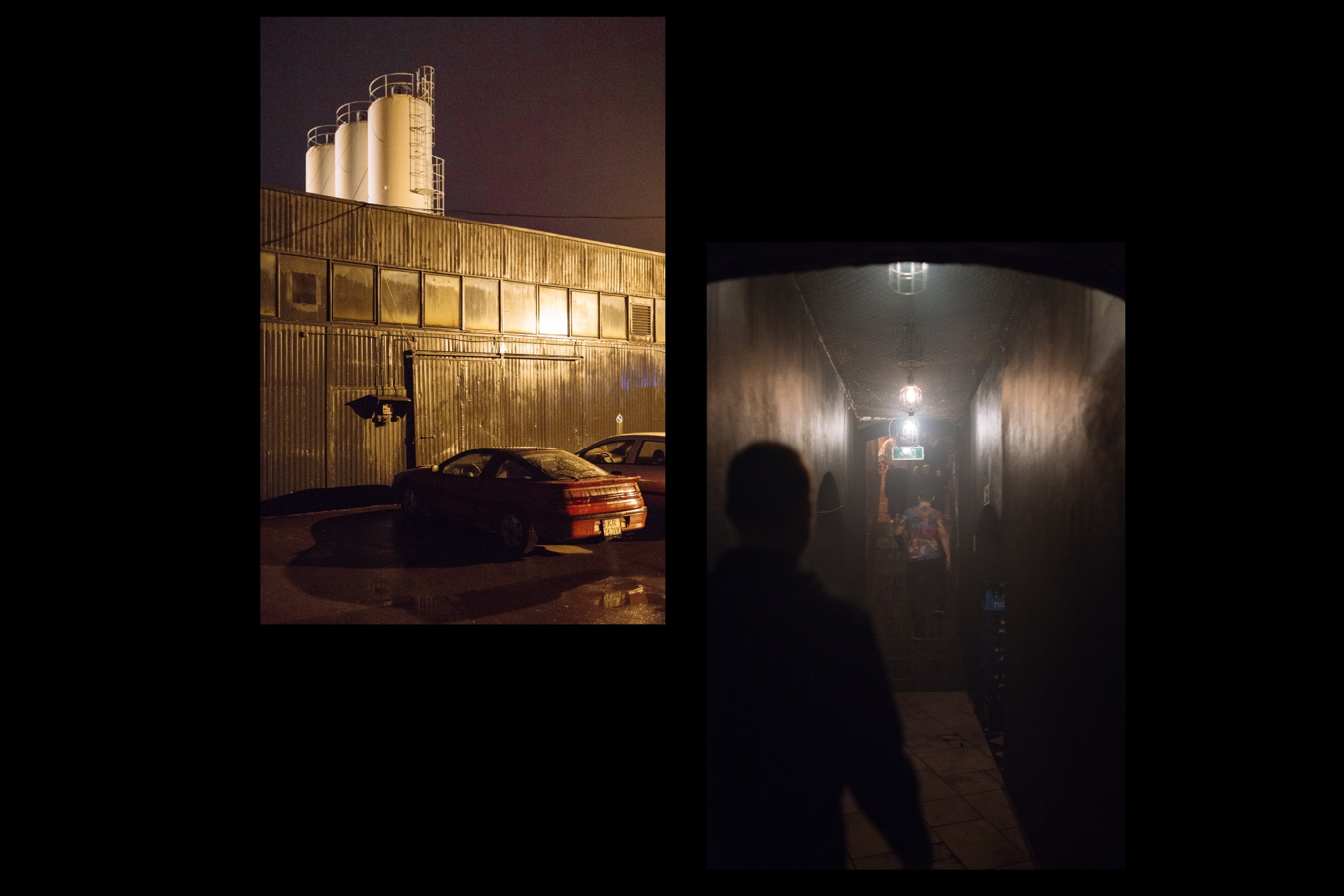 Olivia and Chino are behind one of the most long-standing parties in the city, We Are Radar, which they’ve been curating for eight years. These events are always advertised with unique posters designed by Chino himself, which bring to mind the famous Polish School of Posters from the 1960s. Olivia says that Matt Kowalsky’s description of the Kraków sound still holds up today: “It’s still raw: if we play techno, it’s EBM or industrial. And you don’t have to gather 500 people for the party here, because at 200 you already have a full house and you play differently.”

Chino praises the co-operative atmosphere of the Krakow scene: no fighting, no politics. Local promoters even share a common calendar of planned events so as not to get in each other’s way.

On Friday night we go to one of the oldest clubs in the city: Prozak 2.0. An inscription over the front door reads ‘Stay for a moment’. Inside the club, though, is a red neon light with another motto: ‘Don’t forget 2 go home’.

The line-up tonight is all-Polish: local techno wonderchild DEAS (representing Dutch label Planet Rhythm) playing all night b2b with partner-in-crime Agim (Noir Music). Club co-owner Emil Hołubiczko and booking manager Maciej Poznański tell us that their club is considered by DJs and clubbers to be a pretty hermetic place – it’s not easy to start playing here. Despite this, many local artists took their first steps at Prozak. According to Emil, the music is secondary to creating the kind of vibe that makes you want to stay there a long time (“we’ve had lots of events that have lasted until 9:AM – some people started to call this place ‘Home 2.0’!). 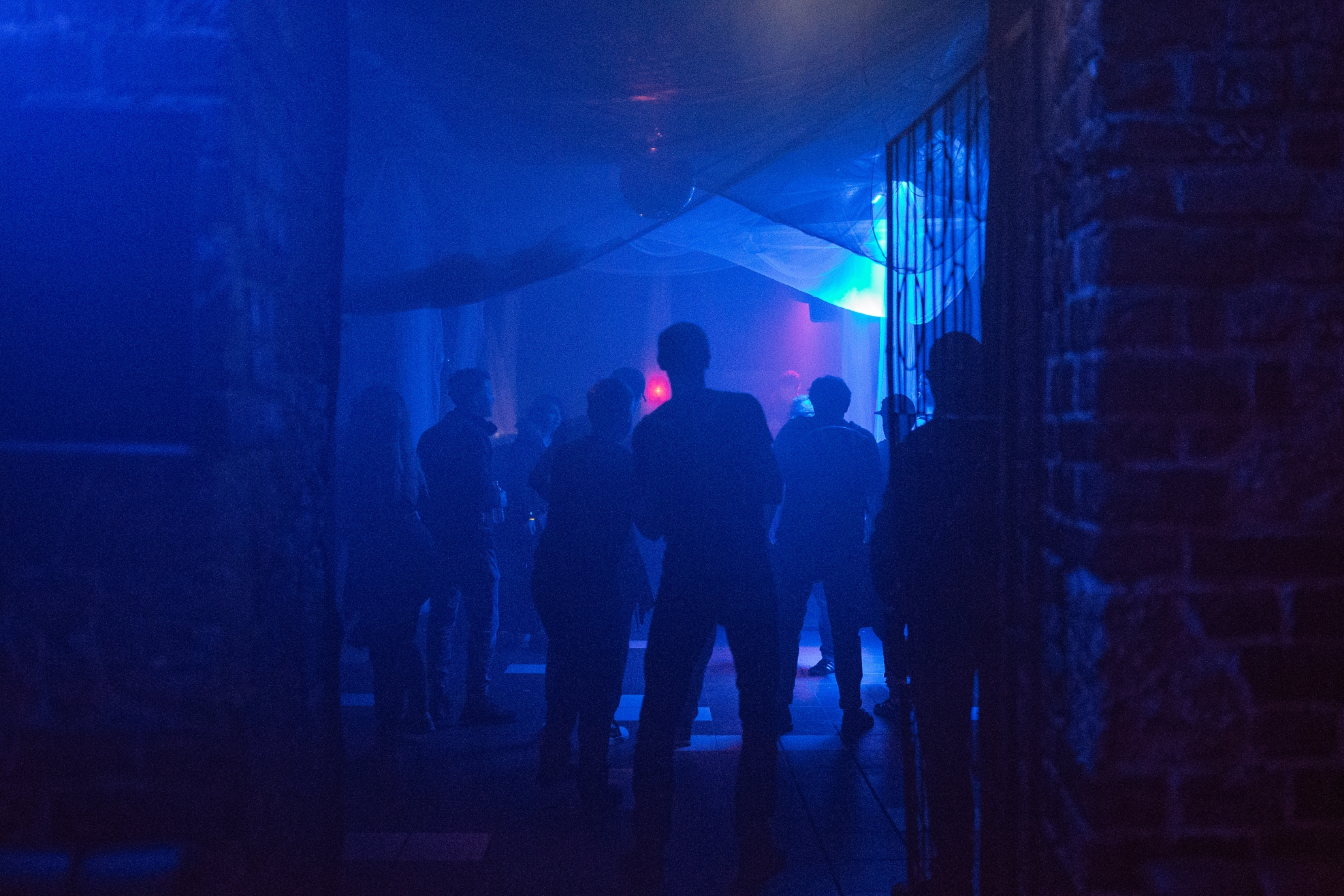 Emil’s wife Meg, who is also a DJ, started her Feminine Provocation raves here 13 years ago to promote the role of women in the music business. These days, Prozak on the whole favours more melodic electronica – sounds like Innervisions or Cologne’s Kompakt label. The crowd here is loyal and frequent, says Maciej, many regulars coming twice a week knowing that they will always meet their friends there. Unlike some of the others we’ve spoken to, Emil sees a big opportunity in Kraków’s current wave of tourism. “They visit our city and want to spend their time just like at home: going out at the weekend to listen to house and techno. These people know the freshest tracks and they ask our DJs for them.”

On the dancefloor, red lights illuminate the smiling faces of both DJs and audience. DEAS and Agim seem to be enjoying the freedom of the extended set and the camaraderie of the b2b, and the crowd are with them all the way. When we leave, ‘Dos’ by Blooma ringing out, there’s still a queue out front. 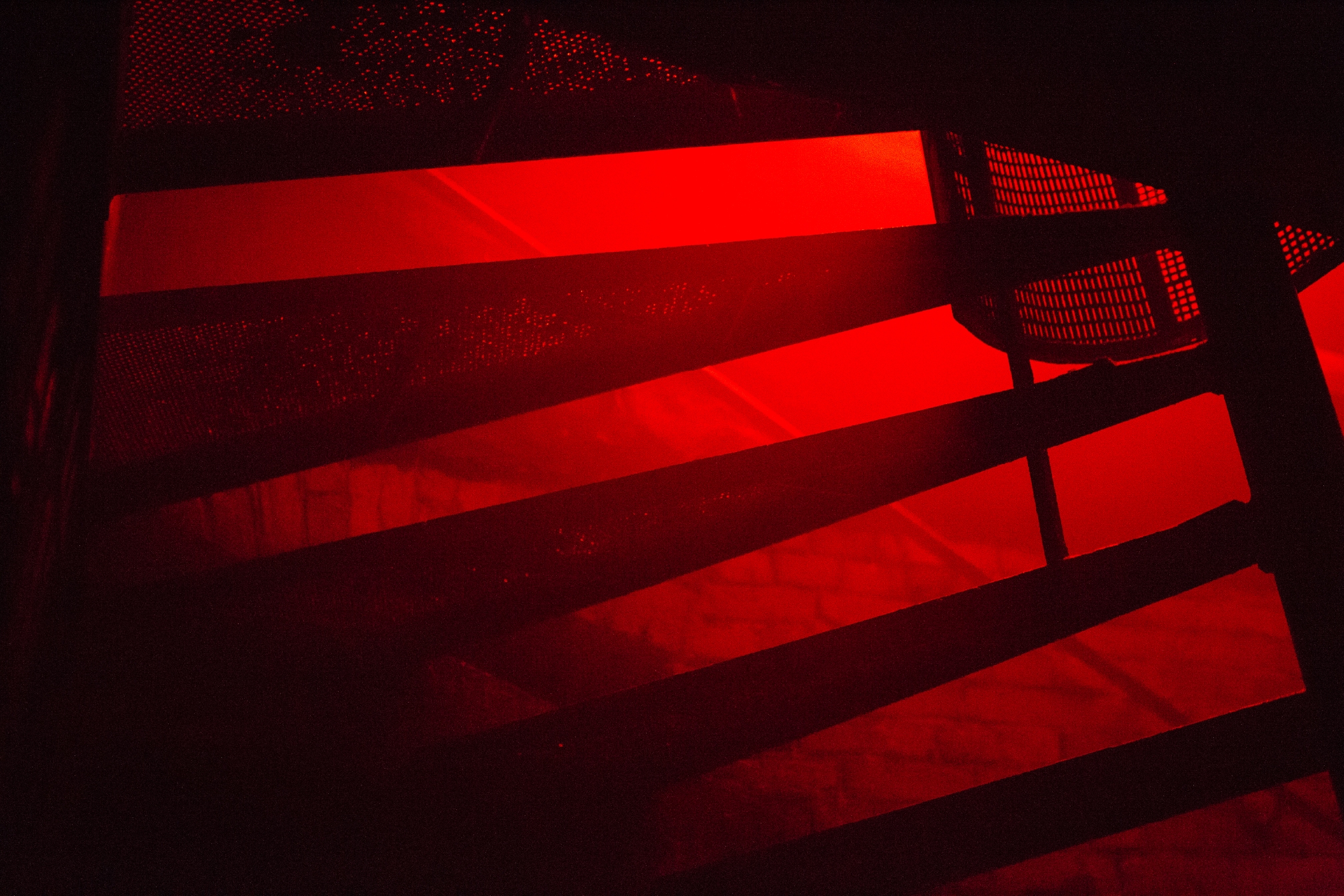 The next day, we head to another venue, Szpitlana 1, to meet booker Jakub Wojas. Jakub is also a member of the six-person Techno Rączka collective, which has been operating in the city since 2016. They specialise in events in unique locations: abandoned warehouses, parking lots, and a former telephone factory from the 1950s, where Icelandic composer (and Oscar winner) Hildur Guðnadóttir recently played as part of Unsound. Szpitalna’s walls are papered in party posters from the last few years, and a rainbow flag hangs under the vault. We sit in front of the soundsystem in a smaller room and Jakub tells us about the role of the club in shaping the party landscape of the city. It cooperates with many promoters by organising a number of raves: from drum ’n’ bass collective Neurodydaktyka to popular trance party Modern Shamanism.

Read this next: "Our music scares Nazis away" How Poland's DJs became activists

“In our city, true communities tend to form around DJ collectives more than clubs”, Jakub says, as the place starts to fill up around us. Indeed, tonight the club hosts rave collective Technopatia: local representatives are Intyre and Janeda while the headliner is analogue techno specialist Jurek Przeździecki (Cocoon, Trapez, Boshke Beats) performing live.

Przeździecki’s tracks recall the classic Detroit sound and fill the dancefloor almost from the first minute of his set. But this is Kraków, and we have to keep moving, so after two hours of raving we head to yet another underground spot in an industrial area of the city: STK 47 Warehouse, where DJ and booker Aetha (Aneta Jońska) greets us warmly. Looking at her style (nose-ring, short denim jacket and chain) it’s not hard to guess her punk roots, and the same can be said of the venue with its brutal decor, brilliant soundsystem and tiny bathroom completely covered in graffiti). It’s not a club, she says, but a venue: a free space created in a warehouse. The maximum capacity is 350. Aetha lived in London for some time, where she experienced “life-changing” illegal raves outside the city. STK does not attract random audiences, she adds, but people strictly focused on the club’s offering, often – again – built around local collectives like Vultur, Veni Vidi Techno, Komora Basowa and Nic. Olivia’s and Chino’s We Are Radar has also found a home here. 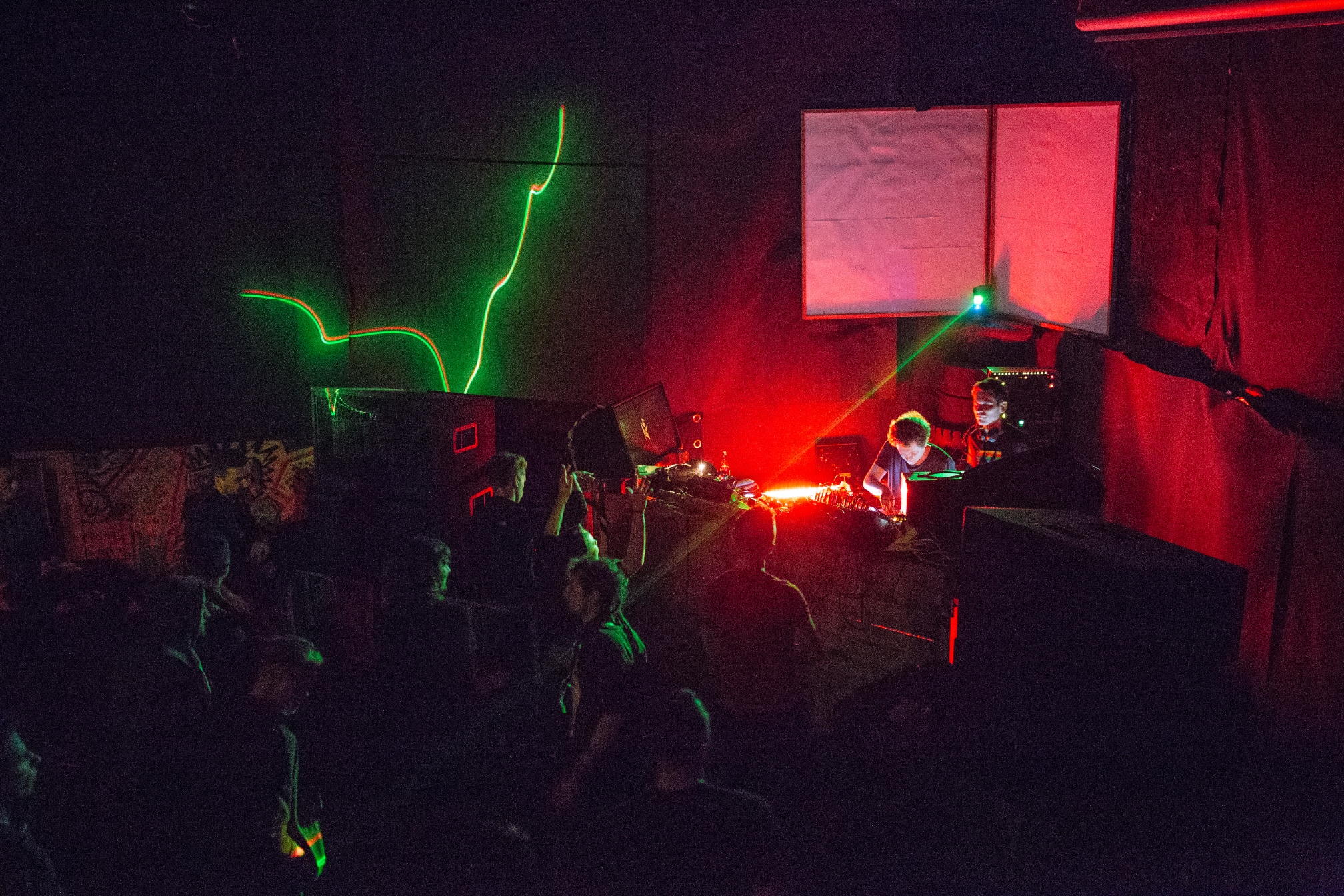 The next day, before we head back to Warsaw, we’ve one more appointment: a meeting with promoter Maciej Milczanowski from the Stay High agency, who organises legendary roof parties and unique raves called This.Place in unusual locations like the aviation museum, or the city’s old theatre. While many of the people we’ve talked to seem to depend on a loyal crowd of regulars, clued-up tourists or connecting with local collectives, Maciej seems to see his mission as spreading the message to new elements of the Krakow demographic. The promotional campaign for his last event (with Woo York/Afterlife as headliners) was conducted in Polish, English and Ukrainian, to reach the large group of emigrants and expats from Ukraine living here, while his roof parties, running from 4:PM to 10:PM, welcome children as well as their parents. “We connect the generations,” he says, “introducing them to club culture.” There’s plenty of that to discover here.