Junior Tomlin, dubbed the `Salvador Dali of Rave’, created some of the most iconic rave flyers and record artwork throughout the 80s and 90s. His sci-fi and fantasy-infused artworks became synonymous with the rave scene of the time, and his posters have become sought-after collectables.

Junior has a new book out which is “a celebration of 30 years creating art”. We caught up with him to talk about his career and what to expect from his new book. 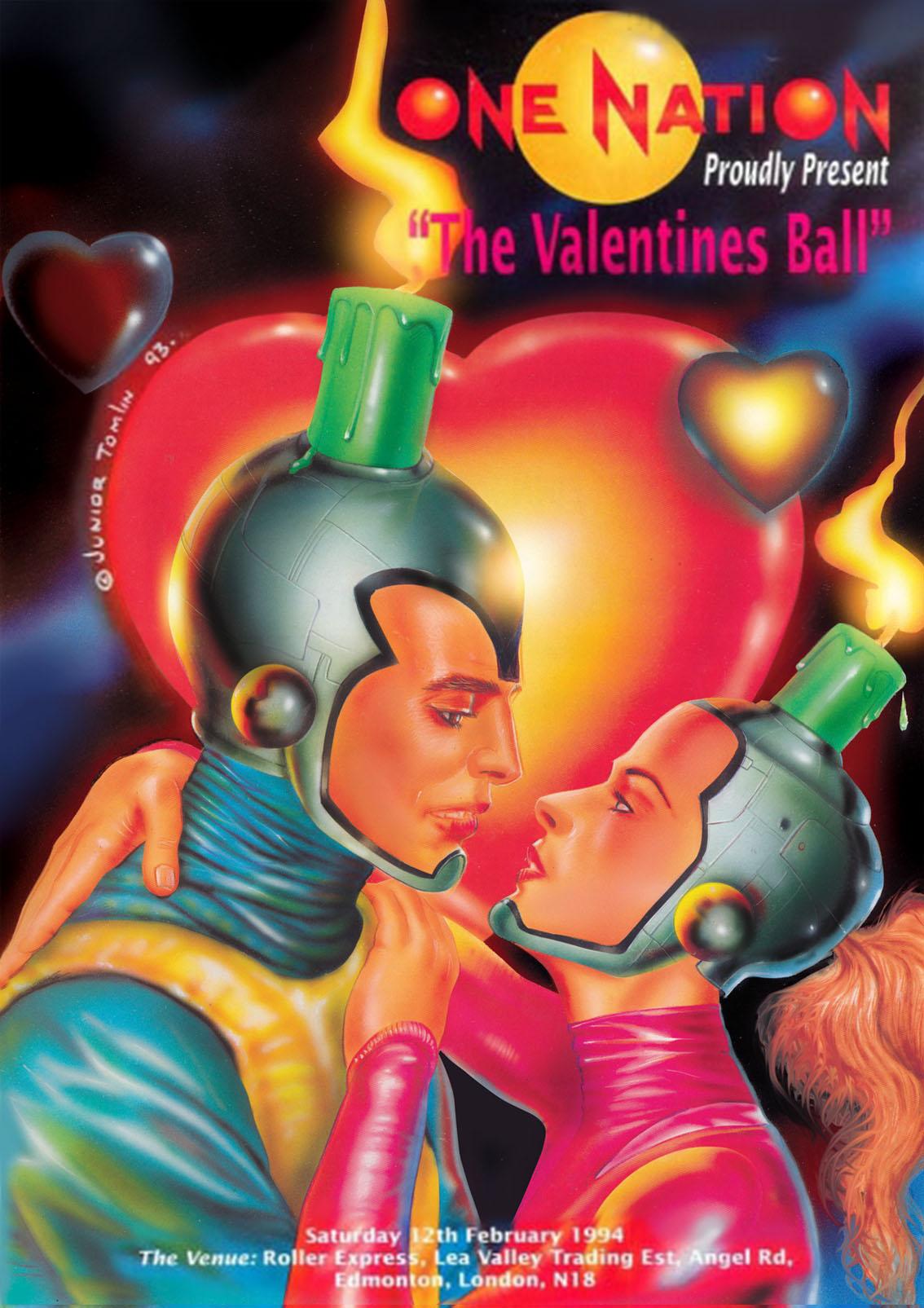 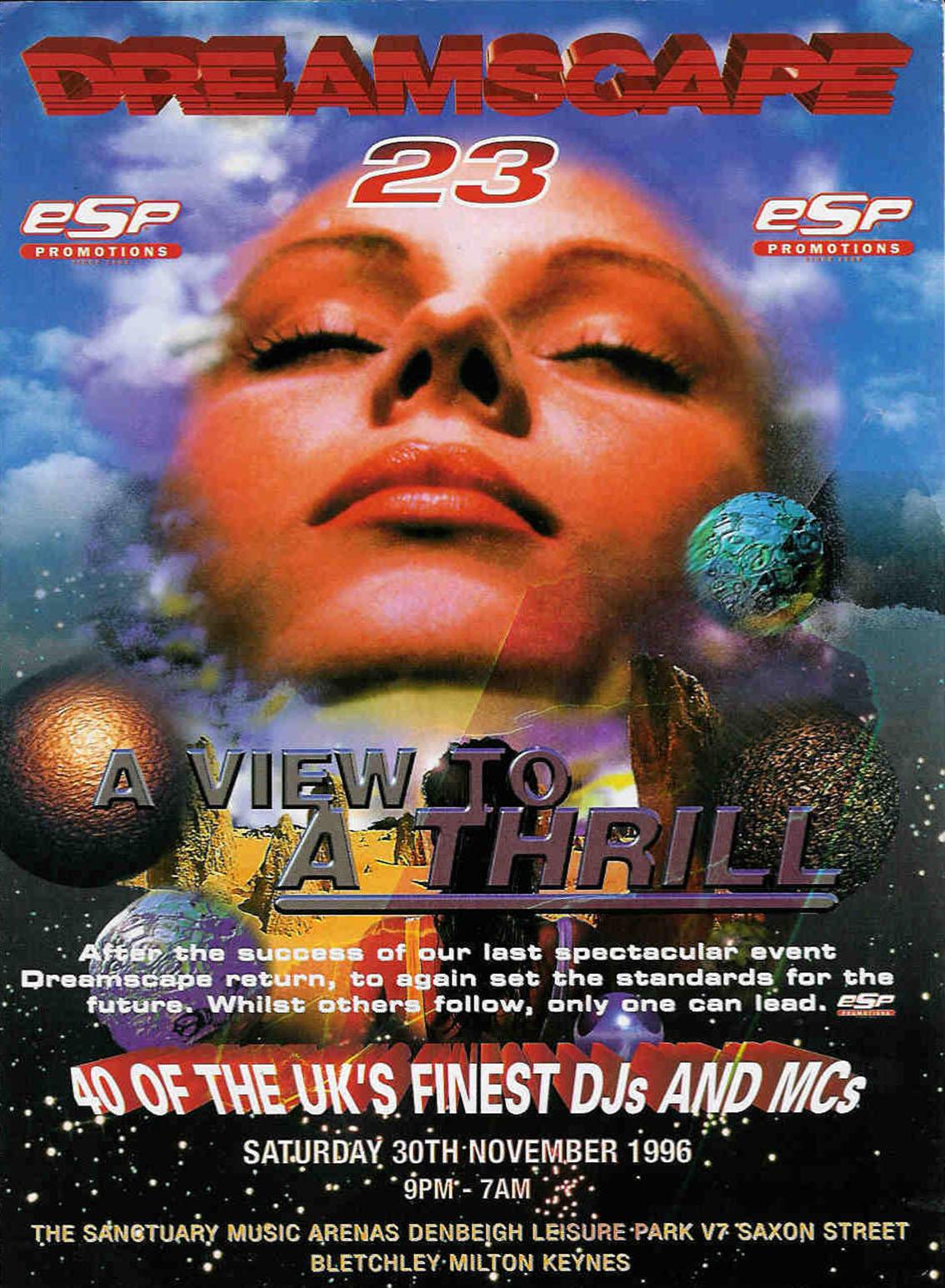 Your art was intrinsic to early rave culture, what was it about this culture that first attracted you?

I was attracted by the freedom that you have when you go to the raves, you know, every race, creed, sexual orientation is at them. When you actually get to experience your first rave and the love from your fellow ravers who just want to hug and talk to you, as well as dancing like crazy and enjoy the beats.

When it comes to your rave poster designs and record covers, you’ve developed a signature sci-fi/fantasy style, how did this come about?

That came about because of my love of science fiction and fantasy. And things like surrealism in art. Being a product of the 60s I enjoyed TV shows like Lost In Space, Blake’s 7 and Dr Who. So, sci-fi wasn’t really too far away from me. Then when I started being able to develop it through drawing, and even further, I used to buy some science fiction books, like Isaac Asimov. The style is part fantasy, part sci-fi mixed in with some splatters of surrealism. I have different art genres that are mixed and matched and merged in together to create one piece of art.

What are some of your highlights of your career which has spanned over the last 35 years?

There is a few, one of them was doing my first record cover which was for Renegade Soundwave back in 1989. That record is still played and revered today, it was a classic track and had a great cover, even if I do say that myself – they both worked in unison at that time. My other thing of note would be my first rave flyer, that I did for Raveworld. I was commissioned when I was in the offices of Kickin’ Records, which was making very good dance music back in the 90s and I subsequently ended up doing more covers for that company.

Have your methods of creating your work changed at all throughout your career?

I used to do all airbrush work, because in the beginning when I first started using the airbrush I was doing computer game packaging artwork in the days when you used to have Atari and Omega ST computers. This followed through to when I was doing the record covers and the rave flyers. But it got to a point where everything seemed to be going digital, the creeping arm of digital was happening and I had to evolve the artwork at that point. And not only that, when people started to not return my artwork I decided to go fully digital, and that’s how I do it these days. I used to use Corel Painter, but I now use Adobe Illustrator to create my artwork. 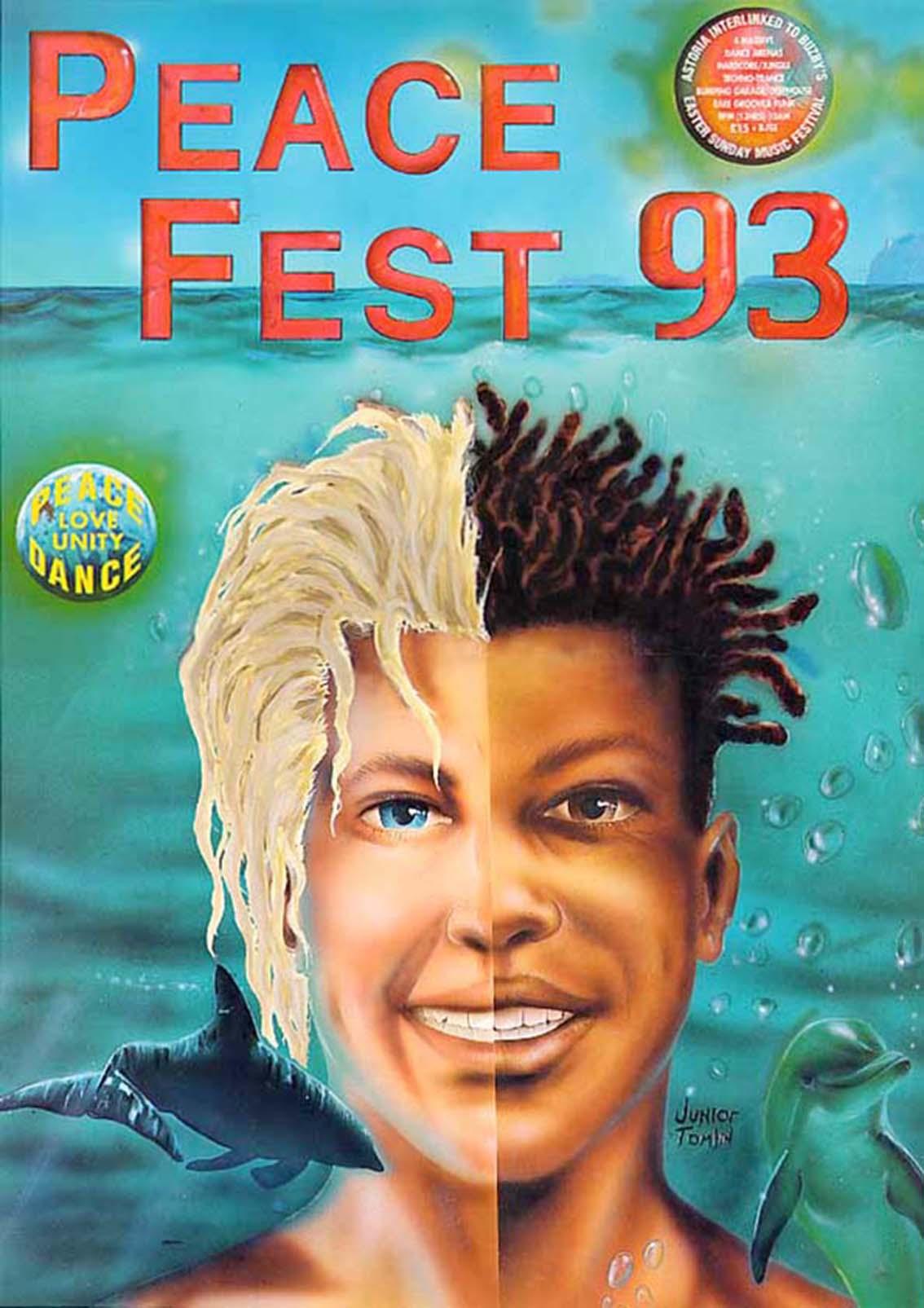 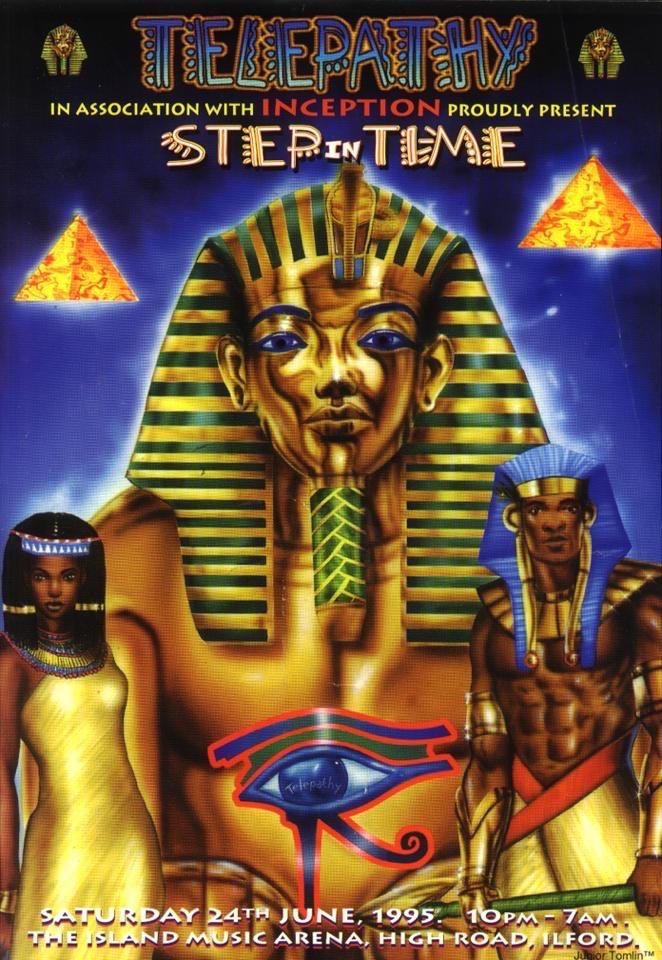 The release of your upcoming book, Junior Tomlin: Flyer & Cover Art, is the first time your work will be documented and presented in such a comprehensive, cohesive fashion. How do you think this format will differ in terms of how your work has been perceived in the past as singular flyers and covers?

I think it will change it a lot, because we’ve basically got all the art I’ve done within the music industry and put it in one book. And a lot of it cross references to the rave promotion and actually inside the rave, because they were actually playing the music which I used to do the record covers for, which is quite interesting like self-pollinating. So, it’s all in there together, I basically wanted it to be for the ravers, the DJs, the MCs and all the people connected to the scene. Plus, the new artists who are coming up now who are in colleges or universities, I want to get into their libraries and bookshops.

A lot of your work that will feature in this book was made during a time when social barriers were being broken down, is there any specific pieces of work that you think portray this?

I can think of two, which I did for Peace Fest. It was the face of a man which was basically half black and half white, it was to do with unity. You know, that’s like a unifying thing showing two different, perhaps, types of people seen together in one image. And there is a dividing line between them which I think these days it getting blurred more and more. And the other one was another for Peace Fest which was a half black and half white woman, which was quite interesting and followed along the same themes, unity and people relating to one another.

Has combining your works into one cohesive book been something you ever envisioned whilst creating the works originally?

I envisioned it a couple of years back but that was just an idea. But it was an idea years ago that if I was ever to do a book about my art, I would want it to be a book that nearly writes itself. To the point where I’ve got the people I worked for making comments, you know, the DJs, the MCs, the record producers, plus the ravers who over the years have collected my flyers and had them on their walls and basically turned them into wallpaper. And there is record collectors who have got records which I have done covers for which are still play them today.

You’ve been dubbed the “Salvador Dali of Rave”, how did that come about?

That came about when I was working for Kickin’ Records, I did a record cover for the group called Messiah. And this was at a time when people used to send into Peter Harris [the manager of Kickin’ Records], like, fan mail. And in one of the letters someone had written at the bottom, “Tell Junior Tomlin he is the Salvador Dali of rave”, and that’s basically how it started in the 90s.