It all starts here for Jessy Lanza. It’s a Friday night in Glasgow’s Stereo, a hipster back alley bar with a basement venue that’s dark and industrial, all exposed cement and bare ventilation pipes. Onstage, Lanza bounces along to the beat played by her new drummer Tori Tizzard as the lean, sexy footwork rhythm of ‘It Means I Love You’ pops over our heads. It’s their first proper tour date as a duo.

She looks like a natural up there, but at the same time there’s something at odds with the woman who breathes out ‘I Talk BB’, the sensual slow-jam which is her favourite song from her forthcoming second album ‘Oh No’. It could be Janet Jackson’s voice hitting reverberating peaks on the track, but Lanza is an unassuming young Canadian who has spent most of her life playing jazz piano. When her musician father passed away she inherited his collection of antique synths and drum machines, and after fellow Ontarians and old friends Junior Boys asked her to play a session for their 2011 album ‘It’s All True’, she enlisted the duo’s Jeremy Greenspan to help her figure them out. 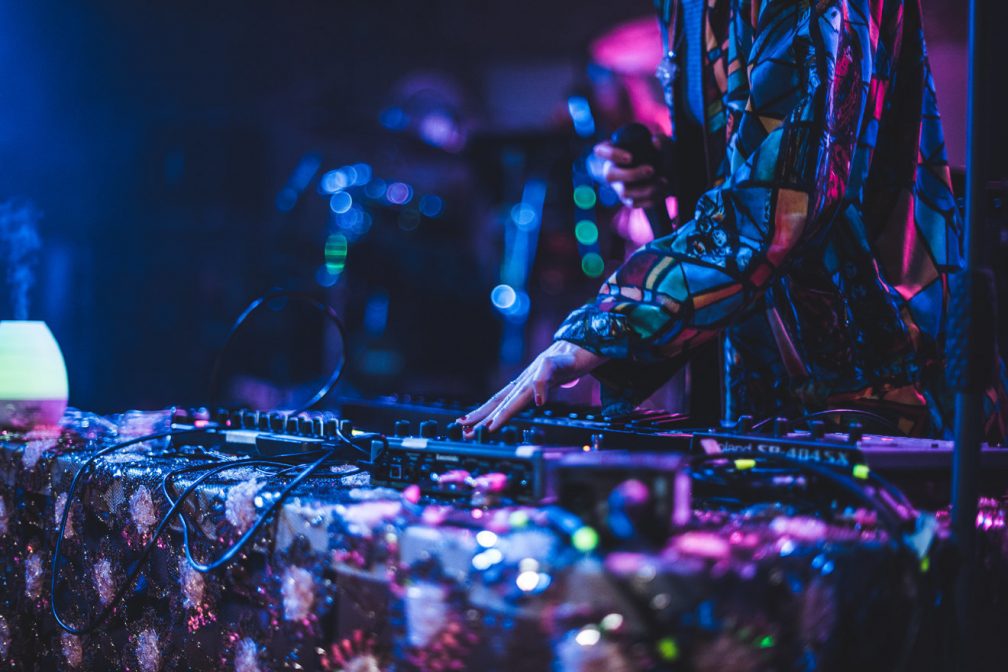 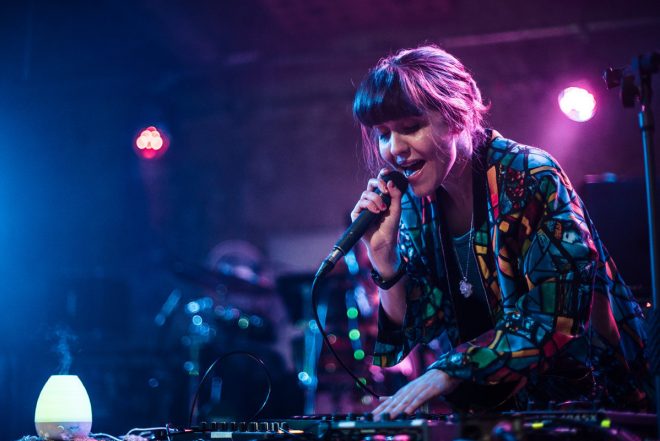 Cut quickly to February 2016 and Lanza has already built up a wave of critical goodwill for her first album on the pioneering Hyperdub label, 2013’s ‘Pull My Hair Back’. So it doesn’t all quite start here for Lanza, but the next level has most definitely arrived tonight, with this first date of her European Junior Boys support tour.

“I can’t deny that pop music has always been what I’ve wanted to do, but at the same time I know I’m never gonna be a pop star,” she says hesitantly. We’re upstairs in the bar, four hours before the gig. “I’m trying to be this kind of outsider pop musician, it’s where I feel most comfortable and it’s the best place for me to go.”

Lanza is magnetic, but quietly so. She helps the band carry the gear in and then sits down to talk, dressed in black and blending in with the typically Glaswegian contingent of probable art students and musicians sitting around us.

“My parents played music in the time before DJs, when you could still make money doing hotel gigs playing the Eurythmics and Billy Idol,” says the 31-year-old native of Hamilton, Ontario. “I think it got to be too much for my mom – I have three sisters, so by the time my youngest sister was born she was like, ‘I’m fucked, I can’t do this any more’. So they stopped.”

She grew up playing classical piano and listening to standards like Ella Fitzgerald and Frank Sinatra – and Steely Dan, still a favourite – and moved to Montreal at 18 to study jazz at university. “One of the most valuable things it taught me was how to listen to a song and lift the chords,” she laughs. “It’s really easy to rip people off that way.” After university she went to Toronto for a time, then when she ran out of money it was back to Hamilton.