"Never confined to one space": How Jessika Khazrik is fixing the future through techno - Impact - Mixmag
Home Latest News Menu

Jessika Khazrik, an artist, electronic musician, technologist, and writer, was born in Beirut to a Lebanese mother and an Armenian-Iraqi father in 1991, just after the end of the Lebanese civil war in 1990. The war left in its wake a legacy of destruction on major infrastructure and a shake-up to social and ecological stratification that the country is still, to this day, struggling to change.

“My memories were born before I was born, but there is much more to delve into in Beirut besides war and post-memory,” says Jessika.

Jessika grew up listening to jazz music at her father’s piano bar in Beirut, before forging ahead onto heavier tonics, such as metal, tarab and Arabic baladi, EBM, IDM, and eventually Detroit techno.

At the age of nine, Jessika began using the internet, and that lit the touch papers for an obsession with technology, a fixation which remains a persistent strand both physically and thematically throughout Jessika’s work: her productions, performances and DJ sets use a variety of tools from machine-learning to voice coding and encryption.

Beirut’s nightlife is notorious worldwide, coupled with an unwavering lust for partying among the Lebanese which is unparalleled elsewhere. But the dominant sound inside clubs is still European-centric deep house and techno, and because of this, real innovators can find themselves siloed. Demand for their less conventional sounds is often more popular abroad than it is locally.

Notwithstanding various reasons for scepticism, she thinks the world has a lot it could learn from Beirut - a city which, 30 years after the civil war, still does not have 24-hour electricity. Despite her love-hate relationship with Beirut which Jessika describes as “almost abusive at some points”, the city features heavily in her work as an inspiring focal point. One example of this is the use of samples from her dystopian surroundings to demonstrate wider philosophical arguments about global economy.

“While walking in the city, I used to follow and record the sound of private electricity generators, which I feel is an example of the privatisation you have now in Beirut, and which creates more exclusionary zones instead of inclusionary zones,” she says.

But Jessika doesn’t confine herself to just one label as a Lebanese artist. Her work tackles the big themes which are relevant worldwide and symptomatic of the age we live in: disruption, technology, toxicity, gender, and our confused perceptions of identity. Her work is multi-disciplinary, using a variety of mediums to communicate with communities around the world and engage in debates about the future of the internet and surveillance. As a result, Jessika’s electronic soundscapes have been showcased across the world, not only in clubs, but in non-musical contexts from Poland to Shanghai.

Evident from all our conversations is her strong belief in the potential for techno to bridge a looming gap between the clubbing context and everyday life. According to Jessika, music has a claim to universalism which could challenge new oppressions that we face in the digital age.

Techno, she says, is gaining more and more traction as we seek to make sense of our increasingly chaotic global environments and tumble towards dystopia. Jessika is driving forward the conversation on what kind of future we want to create for ourselves, and she advocates that electronic music could have a big role to play in that new reality.

Discover more in Jessika Khazrik's Impact mix and Q+A below. 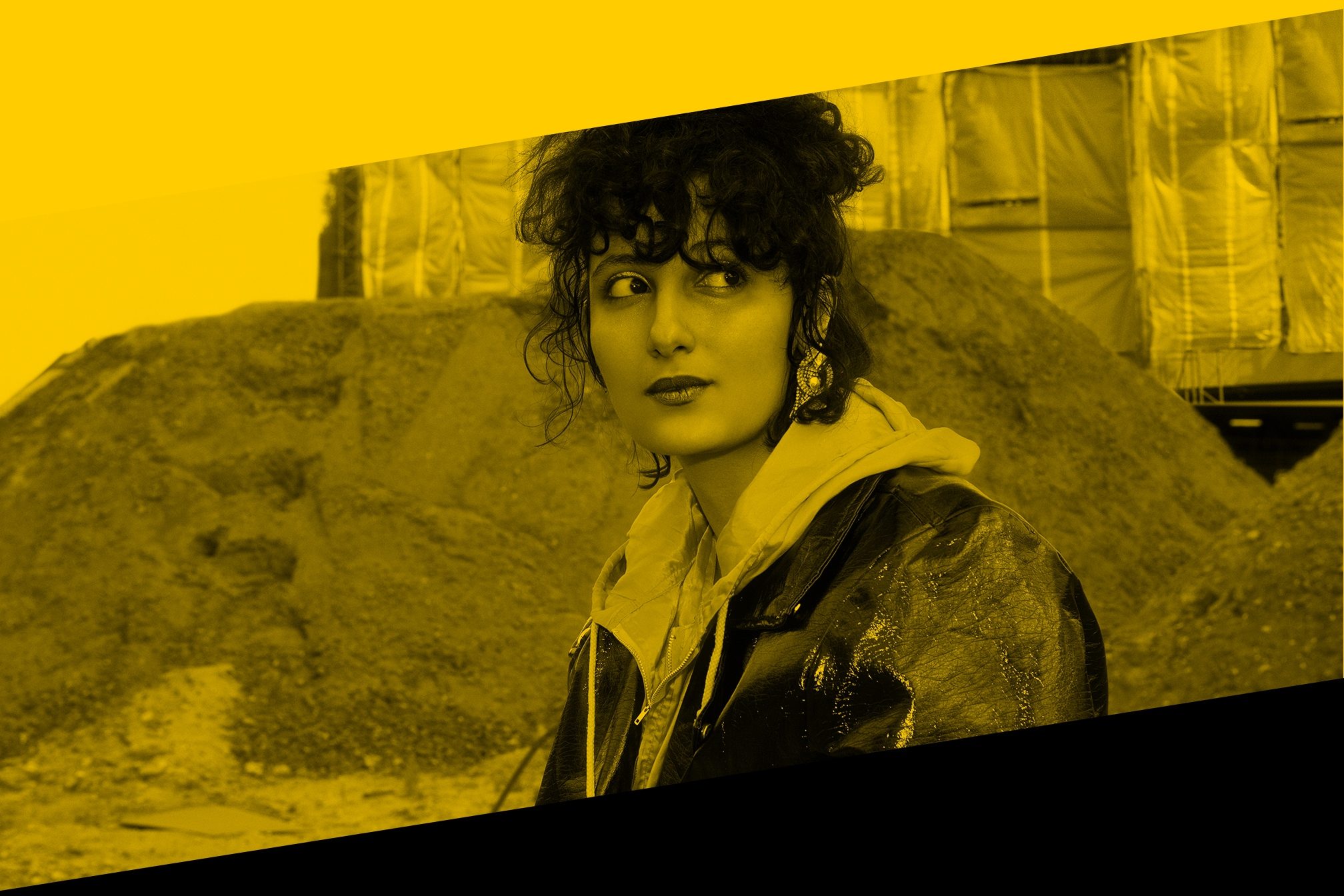 You mentioned that you began using the internet when you were nine, and you have strong views on how artificial intelligence is changing the way we consume and produce music. What is the role of the internet in your work?

On many levels, the internet is my school. Cyberspace is older than the internet itself and for me it’s a place where I am in touch with different producers from all over the world. But the category of the user disturbs me because the internet is so chaotic and also full of standardisation.

We need new forms of knowledge that go beyond the user. With the internet and machine-learning, we are going forward with these dichotomies that we worked hard to undo. For example, we can see this with the way some strands of machine learning are going forward, reinforcing reductionist social categories like Male and Female and targeting audiences based on these outdated premises that they can mimic. Certain interactions that used to be within the field of law, such as verification and authentication are now more so becoming part of everyday life, and it seems that opacity is something we have to fight for.

An issue with AI is that idea of assassination of the artist. How do you marry being pro-AI with communicating ideas that you want to address through your work?

Of course, there’s all these ideas around the future and the death of the DJ, but for me it will always be a collaboration between humans or whatever we may be and machines. I’m very interested in making visible these decisions, but also playing between the voice and code. We live in a time of crisis, and there is an anxiety that is being experienced now, not just in individuals but in the way that society is run. There’s always a strand in my work around not wanting to be recognised by systems of classification.

Are there contexts you encounter which feel oppressive or limiting to your identity?

There is a tendency when your work is deeply embedded in technology to encounter condescending attitudes. There is this maybe learned behaviour of men to feel daunted when working in areas that they know nothing about. I’m very happy that there is a lot of conversation on gender now, and that we are realising the importance of booking a diversity of people. I do not identify even with one identity, such as being a woman. I have a wide frame of reference and I’m always trying to work with the idea that we are working to contain everything. I am more interested in disidentification than identity itself.

You told me that parts of Beirut that are situated on top of toxic waste grounds. Because of this, they have to be used as temporary spaces, which are often nightclubs. Can you expand on why this intriguing fact is so prevalent in your work?

I first started looking into this in 2013 when I found out that toxic waste was dumped in two of the places north of Beirut where I used to hang out with friends and play music. I did a piece of work on this subject called ‘Mount Mount Refuse’, that I showed first here in Beirut, then the Museum of Modern Art in Warsaw, and at the Arsenic Theatre during Les Urbaines festival in Switzerland.

In my research I found that when Beirut was reconstructed [after the Lebanese civil war] there was this whole privatisation of the city centre. From 1993, there were legal toxicologists and scientists who said [land in Beirut’s city centre] cannot be used for buildings, for sure not for 25 years. There was this whole dispute, and now this land can only hold temporary structures, and what you have there is mostly clubs.

The space that is in between construction and disuse is very central to transformation. Though I’m born supposedly when the civil war ended, I have second-hand memories and different experiences related to that because I was born into a space that was in contested transformation. In Mount Mount Refuse, I try to bring together these promises of deconstruction and how we experience this in the self and in cyber-space. I think the environment and the self are very intertwined.

It's incredible when you think about it as a concept; that Beirut’s infamous nightlife scene is built literally on a pile of trash.

It’s really telling and shows something that I’m always trying to resist in my work: that the relations and the security that are created from club culture should not be temporary.

The scene [in Beirut] channels politics that you see elsewhere, like there’s not a lot of female representation, and clubs are often not inclusive of the queer community. I’m really interested in dance music scenes emerging in Asia and south east Asia. I played last year in Shanghai and it’s really interesting the sound that is emerging over there and there’s a lot of room for that to be played here. I still feel that if you look at the line-ups [in Beirut] it’s very euro-centric. 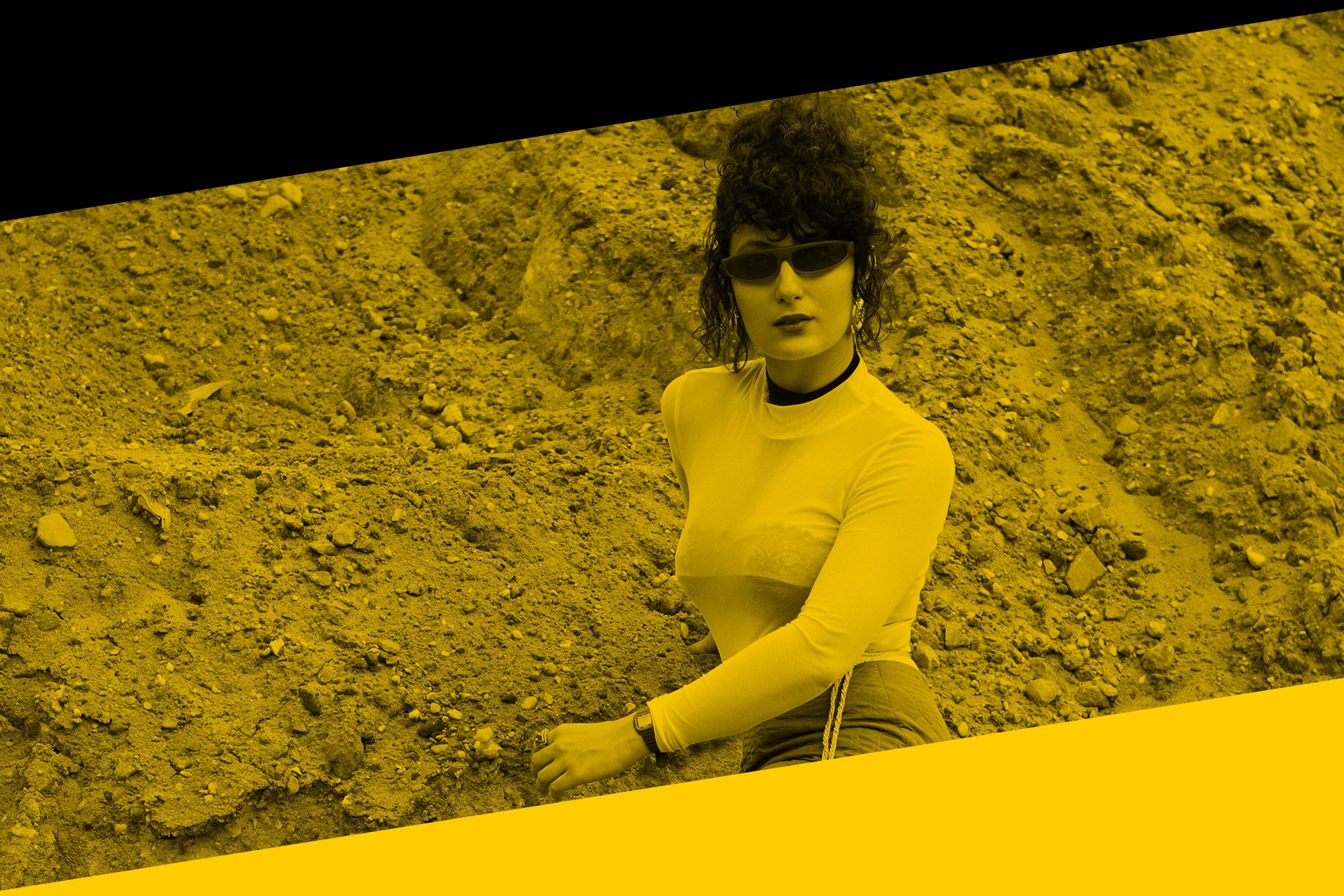 You really took this issue with the idea of Beirut as a haven. All the financial indicators seem to point to Lebanon being on the brink of collapse. Do you think it says something that this hasn’t resulted in mobilising people for change? Quite the opposite - they choose to party, heavily.

Which you had even during the war. My father was very much part of that during the war, where there were new scenes created around the suburbs or in northern cities because certain spaces became unsafe, so there was a new market [for nightlife]. There is a really high rate of unemployment. I have the privilege of working as a technologist, platform designer and artist and I can make a living through this multiplicity that deeply interests me. But in reality if you are just working in producing electronic music, there are very few channels of scattered support. It’s always when you are travelling people say ‘oh the music is amazing in Beirut’, and it’s true that there are amazing producers here, but they often have to leave and play more abroad than they do in Beirut.

There is an interview with Jeff Mills where he talks about techno as a means of exploring the future, and that our use of techno at the moment is very limited and possibly oppressive. He suggests that using techno as an escape and using it to progress are two different things.

Yeah, there’s a really nice interview with Aïsha Devi, and she says that for her the club is not the place where one loses oneself but where one finds themselves. I think that’s why it’s very important that club spaces are not just temporary spaces, and that we let what happens in the club permeate into everyday life, breaking the boundaries on what can be permitted or performed. That's why I can never be confined to one space and I don’t want to be contained. I think these questions are very accepted within the artistic framework but they need to leak into other spaces, because clearly what we have today is not only an economic crisis but also a crisis of the imagination.

In this mix I tried to channel a living stratification of garbage, music, history, technology, thoughts and desire. While continuing to explore new forms of machine translation between media that machine learning and current understandings of AI are putting forward, I mixed my tracks without pre-cuing with headphones – I just used and paced with the wave’s visual form and progression. It’s all mixed on four decks with in and off-club dance music practices I’ve encountered locally, regionally and worldwide. I hope you enjoy it!

"Only about the music": Southeast Asia's underground is in a golden era
“Determined for change”: Lilith. is driving Georgia's rave
11 Iranian DJs that you need to know