Pressing a buzzer on the ground floor of an office building in Soho, a distorted voice calls back from the panel: “Hello, If Music”.

The voice belongs to DJ and vinyl specialist Jean-Claude, who began his career in the 80s with the funk and boogie sounds of the time. Thompson later became one half of The Amalgamation Of Soundz alongside Mark Harbottle, a production duo that held a long residency at fabric.

When you enter the shop, Jean-Claude promptly gestures for you to hang up your coat and put down your bags. Once inside you are transported from Soho to New York, Japanese Jazz Clubs, and Detroit underground parties by an impressive selection of records.

The intimate space houses countless deep cuts and original presses alongside new releases and rare vinyl, neatly kept in vintage wine cases. Through the windows, the bustle of Soho is drowned out by the calm of a man surrounded by his passion for music. 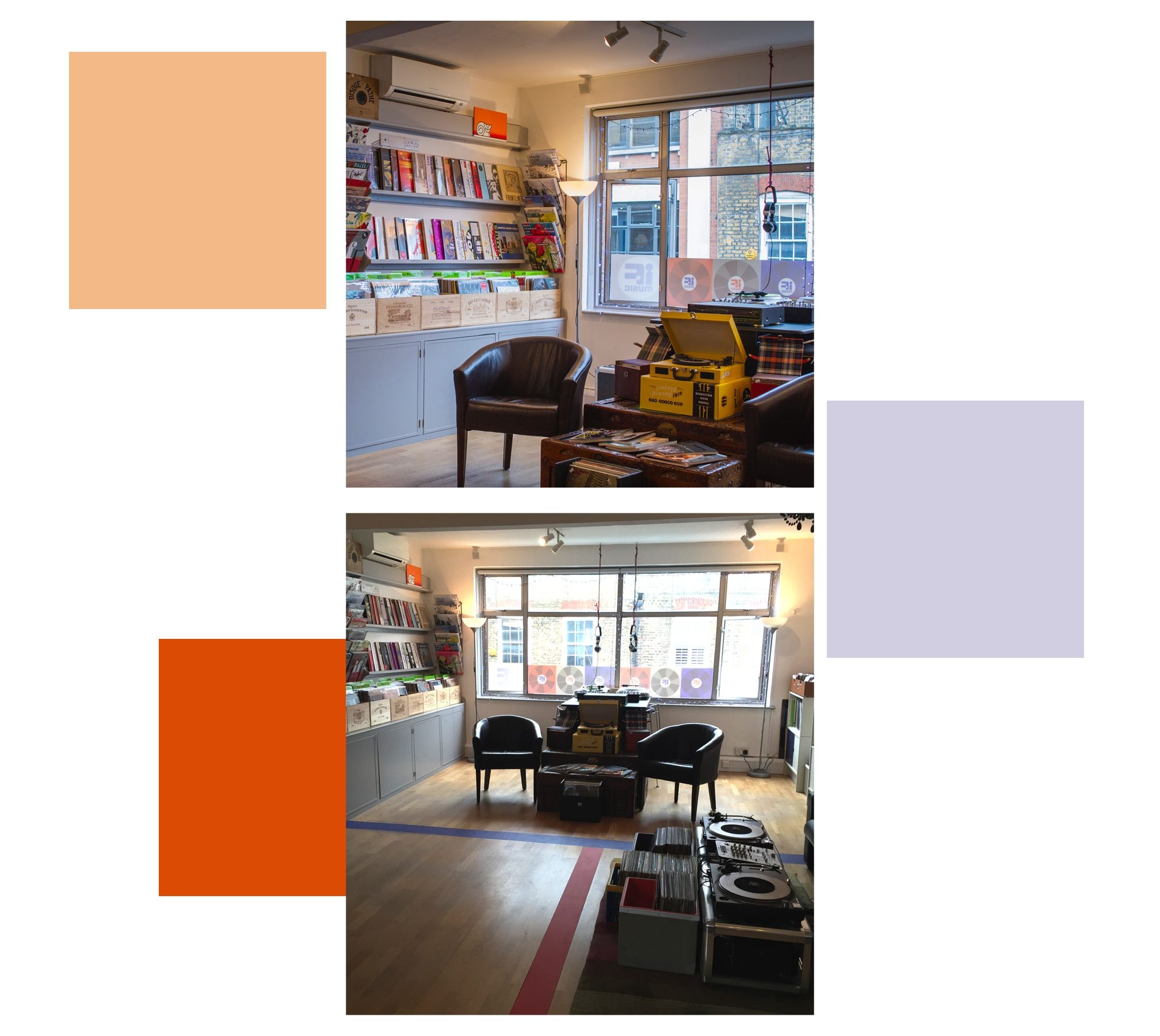 Tell me a little bit about your background in music?

Blimey, I've been DJing man and boy for over 35 years now. I started playing parties when I was at school when I was about 15.

I come from a time and place where if you're into music you're buying records. My mother used to tell the story that I was six when I first insisted on having my own record player, so from the age of six, I started buying my own music. I'm 57 now and have been buying records for 51 years, way too long a time to have an addiction.

I can just see myself at 15 years of age, my friend’s parents had one of those early technics turntables, the ones with the beautiful pitch control wheel. We had a lovely Marantz cassette deck and I remember about a week before a party just recording loads and loads of cassettes, having them all individually written, with times etc: play a record, pause the cassette, play the next track off the cassette when the record was finished and round and round we would go.

How do you get into selling records?

I started behind the counter of Release The Groove. I had previously earned my stripes in fashion sales. Selling music one believes in made the job even easier.

So as a DJ and a record shop owner, do you find one draws you more or do the two go hand in hand?

DJing is my performance, that's my stage, and the record shop is my business. As a record shop owner, my job is to sell records.

If I've played a record on one of my radio shows, played it out and then I find another copy, of course, I'm going to have to sell and not hoard it. I use my years of DJing experience to buy records old and new.

Having a record shop gives me huge amounts of access to records and I’ve been running record shops since ‘95 so, for over 20 years I've been doing just that. And being a DJ gives me the chance to test records, to know that they actually do work. So yeah, one feeds the other.

And what inspired you to open If Music?

I had been working in Release the Groove from 95-2002 and the opportunity arose for me to open my own spot and I simply took it.

Can you talk about how you choose the records that go in your shop?

No… A good chef always has a secret recipe that gives them their USP!

What skills do you need to be someone that sells records? Are there any special traits it takes?

Apart from the obvious – a vast music, cultural knowledge and attention to detail – for me it’s all about the art of the sell.

Firstly, finding that incredible composition. Secondly, buying that great product, knowing people are gonna go crazy for it and then the joy of passing that disc onto our customers.

Personally, there is no better feeling than selling a record; new, old or a repress to someone who has never heard the music before. 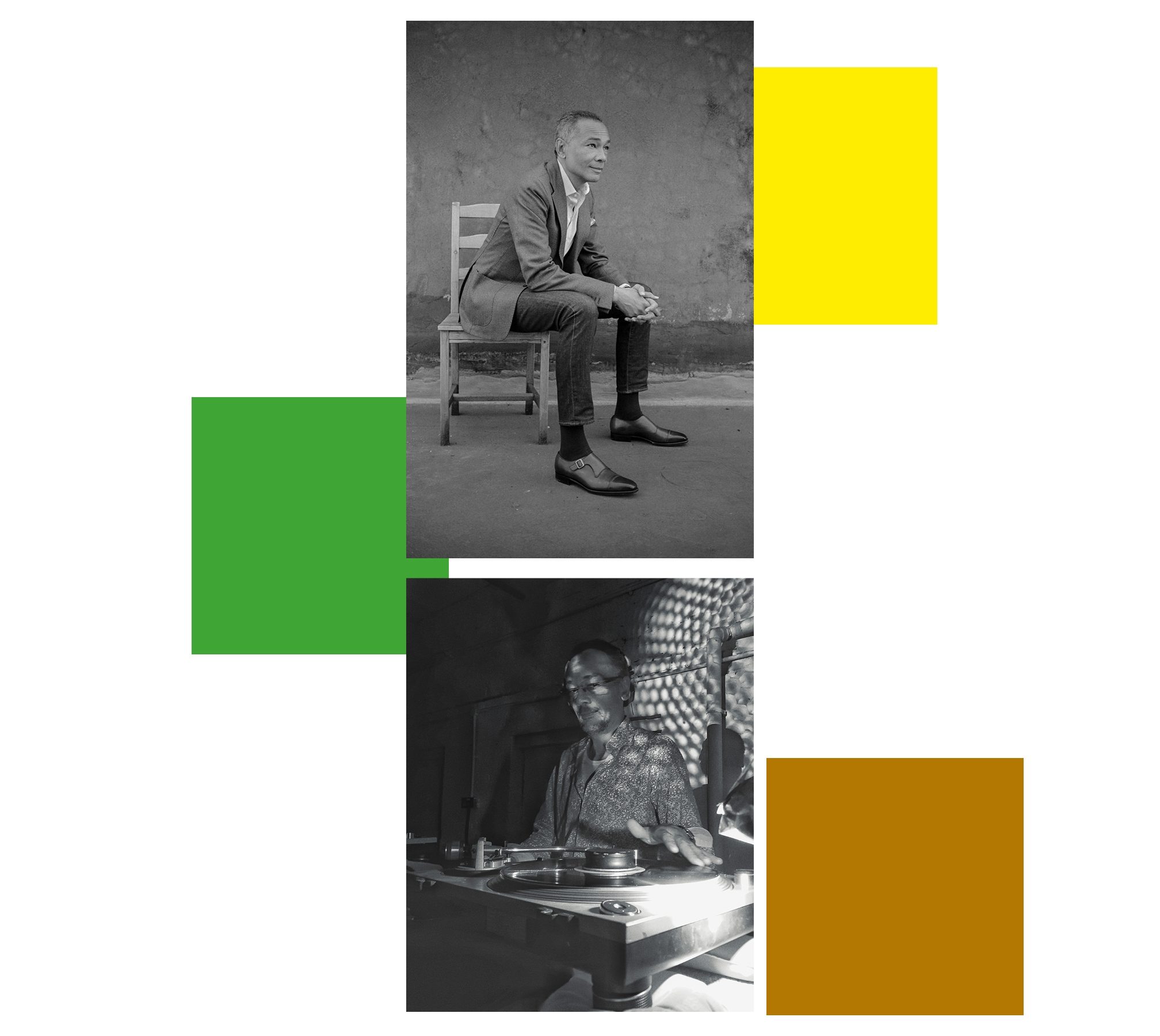 Is it getting hard to survive in Soho?

The question should be: Is it tough to survive being an independent retailer in London?

Between the rents and the rates (which are almost 50 per cent of the value of one’s annual rent) and all the other costs, it’s not an easy way to try and make a living.

I can understand why so many people jumped ship and turned their backs on record retail. It’s a constant uphill struggle.

What do you think of the vinyl renaissance? What in your mind is fuelling it?

The vinyl renaissance is marginal in comparison to how many people stream music. Hundreds of millions of people are not buying vinyl otherwise the landscape of our high streets worldwide would look very different. There are only 5 record shops in Soho, that should tell you something.

The reality is we have more access to vinyl than ever before thanks in great part to the owners of shops who refused to give up the fight, birth of the Net, Record Store Day certainly contributed and reissues have flooded the market like never before. It’s easy money for the big boys; all they have to do is repress their huge back catalog. When one of their artists dies, it’s like a feeding frenzy as to who owns what so they can rinse it!

Like people who collect books, there will always be people who want to own the ‘real thing’ but, unfortunately, it will become more and more niche and even more expensive.

Back to your DJing, is it always something you wanted to do?

Certainly my generation of DJs never consciously decided to become DJs. Nobody went out and decided “I’m gonna be a DJ”. Slowly but surely one ended up becoming one. The path chose us. I like it to think the path definitely chose me.

One day, when I was 24 or 25, the DJ didn’t turn up to a club I frequented regularly (Bootleggers in Margaret St; Soho). He quit without giving any notice, so the owner said to me “you got the rhythm, you feel the music, this is how the decks work, help us out.”

Tell me about your time as a resident at Fabric?

Only now in retrospect do I realise what a feat that was. My good friend and longstanding client Keith Reilly decided he wanted to open a large underground club based on deep music right across the musical spectrum, housed in 3 very distinct rooms. At the time people were saying to him you can’t do it that way and Keith said: ‘Watch me!’

We played the opening week and never looked back. It was Incredible. Back then we would start at 9.45pm and we would go on sometimes to seven or eight in the morning.

Though room 3 was our spot, I loved playing in room 2, because we got to play really banging hard stuff in a dark, dark room to a very appreciative crowd.

Finally, have you got some favourite Dance records?

Any record on Transmat or Metroplex from that golden era of ‘86 to ‘91. Anything by Kraftwerk circa 'Computer World', 'Autobahn'. Aphex Twin, 'Polynomial C', what a tune! Everything by Moodymann, doesn’t matter what it is. Neal Howard’s ‘To Be Or Not To bBe (The Gathering Mix)’, on Future Sounds, a record I haven’t stopped playing for the past 30 years. Nitro Deluxe's ‘Let's Get Brutal’, a seminal record from 1986, one of the records that kick-started the house explosion. And 51 Days's ‘Paper Moon’ is 12 minutes of deep phatness.

Jean-Claude plays shows on Soho Radio, NTS, and has a residency every Saturday night at the The91Club in Dalston