Having been releasing music and running the Tectonic record label for the past 15 years, it's fair to say that Pinch is entering the stage in his career where 'long serving' can credibly be used to introduce him.

The Bristol producer and DJ got his break with 'Qawwali' back in 2005 and quickly became one of the early instigators of the dubstep movement, dropping a slew of heavy 12"s and a cult debut album as well as running the legendary Subloaded party and releasing artists like Skream, Benga, Joker, Cyrus and Jack Sparrow at a clip on Tectonic.

With an ear well tuned to the shifts of the Hardcore Continuum, Tectonic also took in the LA and Glaswegian beat music of Flying Lotus and Rustie, the rugged UK funky of Roska, Addison Groove's Chicago-indebted workouts and the techno-dubstep of Martyn and 2562 around the turn of the 2010s while Pinch himself pivoted to a slower tempo and set about combining Bristol soundsystem pressure with subterranean techno, paving the way for the 'rollage' or 'gully 130' that's risen up via Livity Sound, Keysound, No Symbols and later Timedance, Wisdom Teeth and Kaizen. Tectonic sub-label Cold was also founded in 2014 to nurture this dank strain of UK techno.

Although his last solo album was 13 years ago, Pinch has been active releasing collaborative LPs and mix CDs with Shackleton, Mumdance, Peverelist and dub legend Adrian Sherwood, as well as countless more 12"s that bear bangers like 'Crossing The Line', 'Big Slug', 'Turbo Mitzi' and 'Shoulda Rolla'.

Working across the 125-140bpm tempo range, Pinch has been on a grind to keep UK low-end dance music moving forward and his In Session represents the Tectonic back catalogue as well as his ability to traverse through the bump and grind of bass. It's also a celebration of 'Reality Tunnels', his first solo album since 2007 and a monument to his evolution as a producer in that time.

Mix and Q+A below. 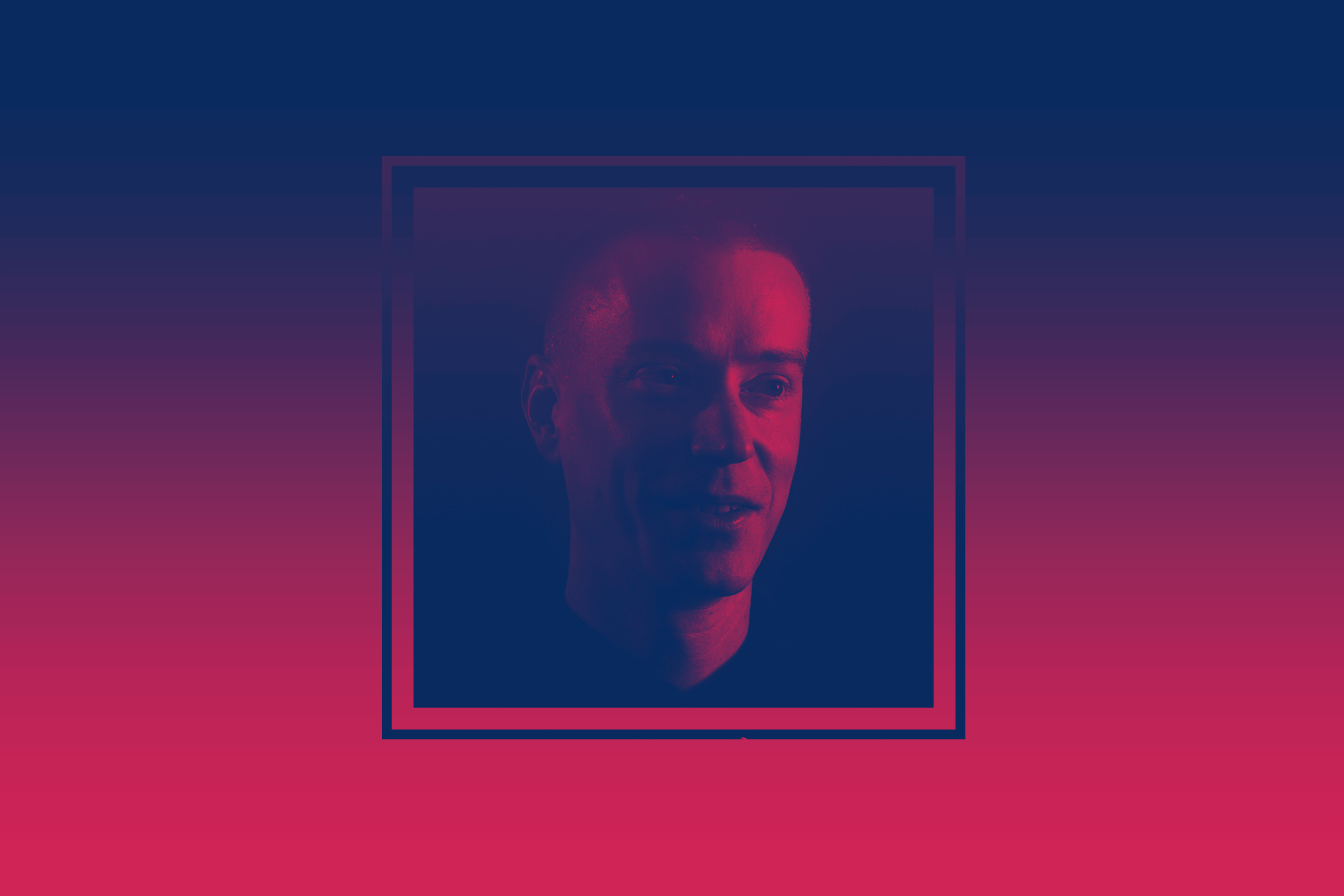 'Reality Tunnels' is your first solo album in 13 years. Tell us about it.

You need to be saying something worth saying with an LP and all the tracks have got to feel like they’re all part of the same story and sitting in similar mood spaces. It’s taken me a while to feel like I had something worth saying in the album format but here it is and I’m really pleased with how it’s come together. I wanted to show diversity while maintaining common threads, create a ‘journey’ feel. It’s been a slow process, I’ve worked on some of the tracks, on and off, for up to 5 years now, although most of it was done in the last 18 months or so.

You said the first track you made for the album, 'Back To Beyond', was inspired by a "complicated experience with infinity". Can you expand on that?

It’s something that makes little sense when trying to put into words really, that was my best phrasing of the experience itself. I’m going to leave it open to interpretation. Perhaps what’s more important is how it left me feeling. I got to thinking about a lot of things with a fresh perspective – I felt a renewed sense of curiosity for knowledge and information. ’Back To Beyond’ is ultimately an emotional response to it. In making this track, I realised it was the first track I’d written in a long time where I’d put some real, genuine emotion into it. That was the kick starter that got me into LP mode. I wanted to put more emotion back into my music and express that in the LP format.

You're obviously known as a dubstep pioneer but 'Reality Tunnels' and your In Session mix span different bass-heavy sounds. Does genre matter in 2020?

Yes, I think it still matters, although I’d also say genre is less divisive than it used to be, culturally speaking.

There’s been a lot of references to the ‘Hardcore Continuum’ over the last couple decades, but I’m not sure where the cutting edge of that continuum is any more. It feels like maybe we’ve hit a point whereby there’s less commercial need for new genres in dance music as we have such a quantity of music already made and convenient routes/industry access to those particular audiences. You could spend the rest of your life listening to techno and still never hear every track that’s been made. In some ways it’s nice that DJs are generally more relaxed about playing across a number of relatable genres currently but it can also take away some of the focus that brings about progression. My two cents is that we will see a massive move back to free-party rave culture in the next couple of years as it will be impossible for clubs to reopen. It could well lead to a creatively explosive period which I’m excited and hopeful for. If so, we’ll see a new generation taking up the reigns and I hope genre will be more relevant again as the hardcore continuum gathers momentum again.

You've always been a fan of a sick vocal. Tell us about the vocal contributions on 'Reality Tunnels'.

So the vocalists are (in order of appearance on the LP), Emika, Trim, Killa P, Inezi and Nive Nielsen.

I’ve worked with Emika in the past and always loved her style. This one came about in part as a result of her asking me to remix ‘Eternity’ for her label a couple of years ago, so I was kinda calling a favour back there.

Trim is someone I’ve found myself working with more and more in the last year or so. I love his style too, lyrical depth and delivery. Should be some more to come from us both by the end of the year..

Killa P is someone I’ve got to spend more and more time with over the last few years and I think that when he is on form, he’s truly a force to reckon with. He's so fast and with excellent timing. Endless respect for Patrick.

Inezi is a Jamacian artist I got introduced to – I wanted to have a track on the LP that had a bit of a nod to Rhythm & Sound. He understood that request intuitively and was a pleasure to work with.

Lastly, Nive Nielsen (& The Deer Children) is a singer from Greenland that I heard on the radio about 4 or 5 years ago and was blown away by her voice. I got in touch via the band website and we got to working together that way, sharing stems online. Her sound is more in the folk realm usually but I just had to give it a bit darkside Bristol dub vibe. 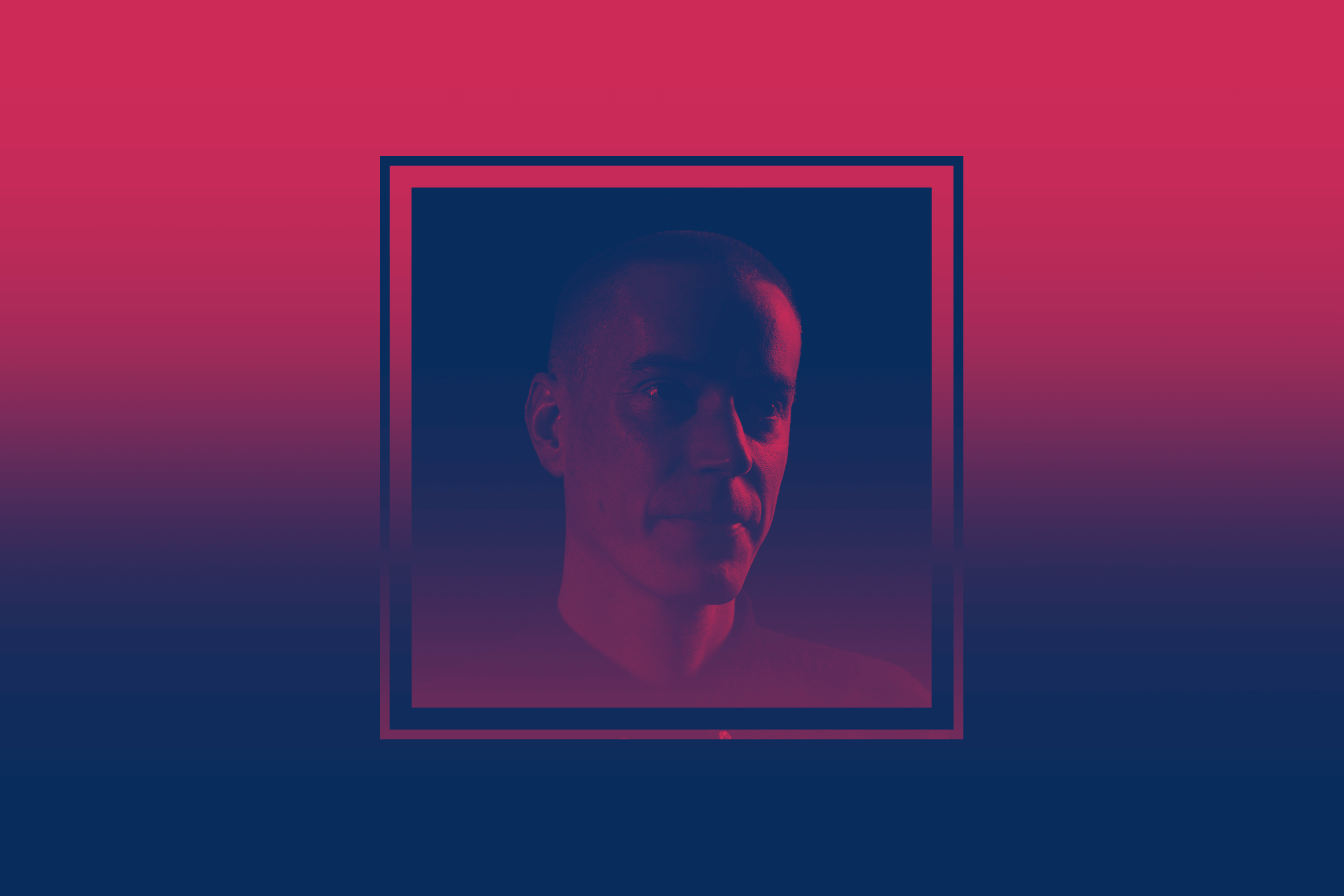 You've released albums with Adrian Sherwood and Shackleton as well as commercial mixes with Peverelist and Mumdance and countless collab 12"s. What do you enjoy about collaboration?

I like spending time with interesting people and making a tune is usually also a pleasant way of passing time too! I’ve always learned something different from everyone I’ve worked with and feel that makes me stronger as a producer – I enjoy that side of it too. Having multiple sets of tuned attention placed on a given task often results in more angles/aspects being covered or better addressed. I think there’s something in that.

Tectonic is 15 years old. What's the secret to running a label for a decade and a half?

I’d say a good balance of curiosity and stubbornness helps.

How do you navigate the countless hype cycles and music evolutions as a DJ, producer and label owner?

I really do miss those early days of dubstep when I could just put on a party, do a couple of posters and pack it out. Or release a new 12” and sell decent numbers on vinyl without doing any paid promo work or social media. Can’t help but feel it’s more about cultivating cults of online personality and much much less about the actual music nowadays but that also might be because I’m getting older and grumpier. I’m trying to move carefully in this social media landscape, and basically get by with doing the absolute bare minimum in terms of social media. Dance music used to be so anonymous: you might follow a particular producer for years before seeing their picture or reading an interview with them. That used to leave all this space for you to project onto, it meant that you listened with your ears, maybe just having the release artwork for contextualisation. It left more space for your imagination to interact with it.

At the end of the day it’s all about listening properly and everything else comes from that. If you’re not in the right frame of mind when you listen to something, you’re not going to pay attention to it properly and you may miss something crucial. That’s the same thing whether you’re a DJ looking for tunes to play out, a label looking for new artists/tracks - or listening through your own productions trying to work out if it’s finished yet, what to put together as an EP, etc.

You've got a mezcal side hustle going with Addison Groove. Can you give us your elevator pitch?

We both fell in love with mezcal in Mexico several years ago when we got booked together for a show out there. We’ve blended different types of mezcal and then aged them in Islay malt whisky casks, which gives it layers of caramel and smokiness. First batch is almost all sold out, second batch is nearly ready and it’s amazing. So happy with it. If you are a spirits connoisseur and like a smoky drop, you will absolutely love it. We’re only doing it so we can have some for ourselves really… Wot u call it? “MEZKY!” Go get yourself a bottle and sip it slow.

Tell us about your In Session mix.

I wanted to include a lot of Tectonic catalogue as it’s the 15 year anniversary and show off a few more obscure corners of the catalogue and show that there’s more to it than just a bunch of old dubstep tracks! Though there were some really great old dubstep records over the years. Smashed in a few newer purchases I found on Hardwax and couple other bits – et voila, a mix. Hopefully, a good one!