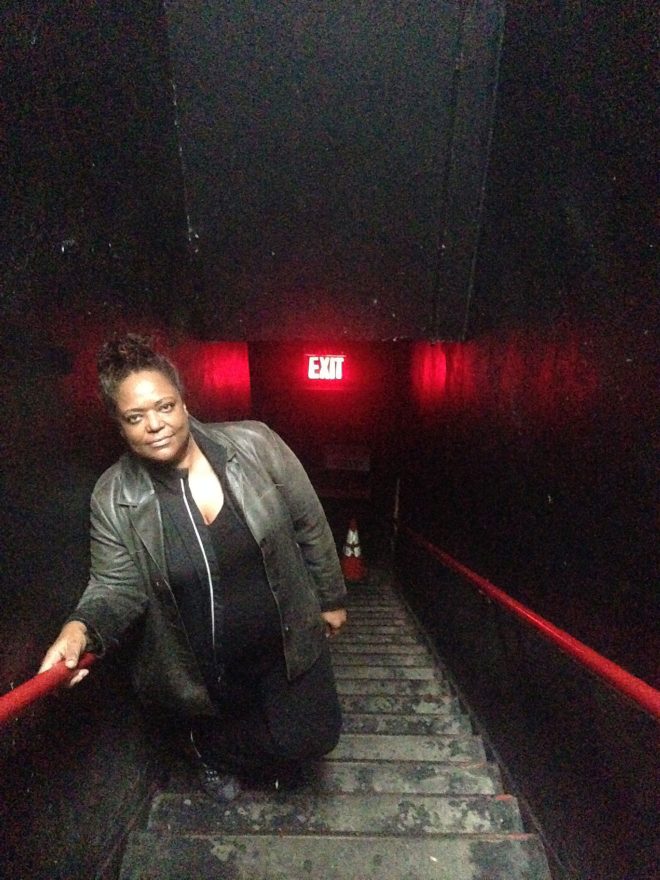 Nina's imprint has shot to the forefront of techno and experimental music as a label that isn't bound by structure or tempo and if it fits her aesthetic and musical ideals, it gets selected. K-Hand's contribution to the трип family includes 'The Box' and 'Sound 6', both rugged, forceful and high-octane tracks that showcase two different sounds. 'The Box' is a militant, almost claustrophobic techno track that pulsates and drives with intent while 'Sound 6' is a wriggling and mischievous acid ripper, perfect for any peak-time floor.

A label that's pushing boundaries musically and an artist who's been doing that her whole life have joined together in a matrimony that sees K-Hand once again drive herself to new limits. This is why we were so excited when she got announced for Secretsundaze, we were intrigued to see how all of this translated to a live setting and we weren't disappointed, not one bit.

Her set blissfully navigated between thumping, gospel house in the form of Tommy Largo's remix of her track 'Everybody' to the acid that we've recently become accustomed to, all the way to techno that shook the towering ceilings of Village Underground. Best of all? She looked like she was having the time of her life, smiling and swaying with every kick drum and smooth transition. K-Hand is the definition of grafter and while her contribution to the scene may not be as recognised as some of her peers it doesn't make it any less valuable.

For her In Session mix, she's gifted us an hour of exclusive, unreleased and unbridled K-Hand material. The second you hit play you think you know what you're in for and while for the most part it's hammering and unrelenting, with broken-beat interludes and curveballs that come out of nowhere. If you didn't know about Kelli Hand before, then make this your introduction, it doesn't get much better.

K-Hand's 'Project 6' EP will be released on December 6 via Acacia Records, listen to snippets over on her SoundCloud, you can follow her on Facebook here and catch her playing in London at Bloc next March