J Majik is a jungle and d'n'b legend.

He's an original member of Metalheadz who's released on Reinforced and True Playaz and, of course, is the founder of Infrared and co-founder of Deep Jungle.

A key player on the 90s scene of both genres, his career soon accelerated to the point where he was releasing on Ministry of Sound and Defected and chosen as one of the first UK d'n'b DJs to play major American events like EDC.

And he's still at ease with moving between the underground and the glitzier realms beyond, having released 'Full Circle', an LP brimming with junglist fire (and his first in 12 years) last year while simultaneously remixing big room mainstay Joris Voorn and landing plaudits from Annie Mac.

One of his breakout hits, 'The Choice' (recorded under the Dexxtrous alias and released in 1993) sampled Carl Craig and Cutty Ranks, drawing connections between Detroit techno, Jamaican dancehall and UK hardcore – a perfect storm that would help propel jungle into the future. Nearly two decades later, new album (and his second in two years) 'Always Be' sees J Majik draw a line from jungle to techno in an incredibly sumptuous and mesmeric way.

His In Session mix combines selections both old and new and serves to highlight his long career further.

'Always Be' journeys from jungle into techno – how are the two connected?

Kevin Saunderson came up with the Reese bass because he wanted to make something that would sound good in Paradise Garage.

Why do you think techno has become so removed from jungle and drum 'n' bass?

When I first started buying vinyl as a hobby in the early 90s techno and jungle were two genres that had a lot more in common than they maybe have today. The term jungle/techno was often thrown around in that era. The jungle movement in the mid 90s was hugely influenced by techno and the rave scene that preceded it, and the DJ line-ups at the time were playing 4/4 and breakbeats and many of the names we now associate with d'n'b/jungle grew up on techno. For me it was an organic gateway to jungle as the style I was making was so heavily influenced by what I was buying on vinyl, and the synths and hardware that were available at the time.

You sampled Carl Craig on your first record when you were 14. What did techno mean to you at that age?

Sampling was far more common in the early days of production. The only way to find good samples was to either scour through a friend's older brother's collection or to go out and try and get your hands on the vinyl yourself. I used to sample snippets of tracks to get an idea or a hook then layer breakbeats and synth lines over it to create a fresh canvas. When I heard the percussion on 'Bug In The Bass Bin' I was hooked and when played at 45 rpm on a record deck the beats had a groove and just worked well subtly behind the classic Amen break. I made the track 'The Choice' In 92 at the age of about 14 and released it on my good friend Lemon D's Planet Earth recordings, the track was also the first to sample the Cutty Ranks '6 Million Ways To Die' vocal so two big samples on that record that I may not get away with now!

The press release for 'Always Be' hints at the time you met Derrick May and Eddie Fowlkes in a cafe and also your mentor, Ranx X313. Tell us more!

Yes that was a massive day looking back, but at the time I honestly had no idea who half of the people were. I used to go vinyl shopping from the age of 12. I would clean cars in the local area for a fiver in and out and spend the money on vinyl on a Saturday. I would always do the rounds starting at Black Market and Mash on Oxford Street with Noodles and Wonder then would go south to Kings Rd to Lucky Spin then to Camden Market as there was a guy called Horace who had a stall full of white labels and upfront releases. There was a guy called Ranx X313 who worked in Lucky Spin who was from Chicago and was in his mid 20s. He was a huge part of my career as he found me a studio to work on the first track I ever made at Camden Studios. He was a massive techno head and really schooled me on the sound. I would often spend 6-hours plus in Lucky Spin records with crowds of record buyers just listening to techno and early rave. One day in Camden, Ranx said he had some music friends coming over and it would be cool for me to meet them and I may pocket some rare gems as they would always have a record bag full of goodies. We met in a cafe and there was literally the Holy Grail of techno. Derrick May, Carl Craig Derrick Thompson, Eddie Fowlkes and his model girlfriend who was a DJ at the time called Lipstick something (which always has stuck in my mind) and a whole heap more. I had about 20 mins with them as a shy teenager; I remember being over the moon that they all had vinyl on them! 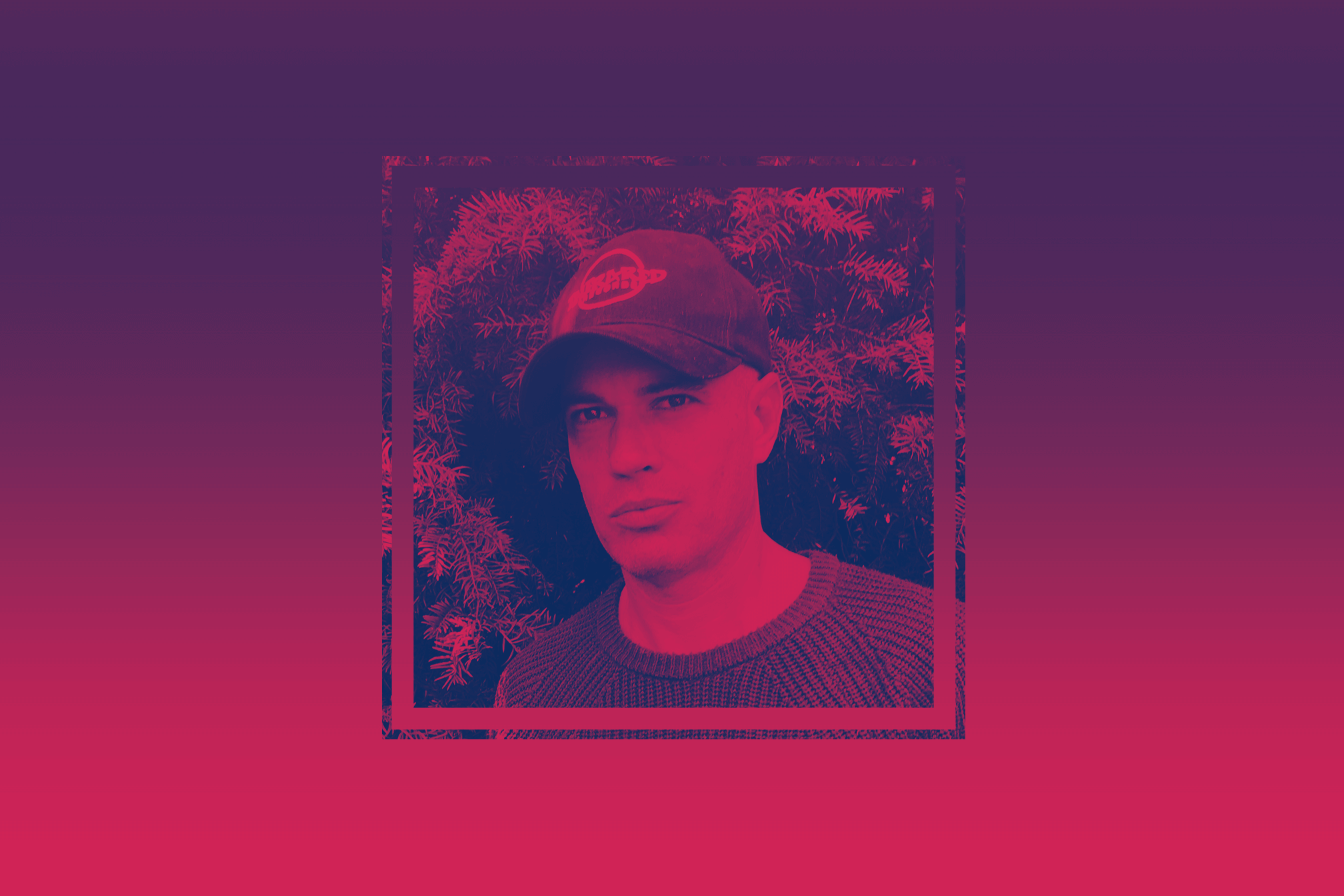 Obviously the music we're talking about here was created by Black artists. What can white people who are involved in this music do to be better allies?

I can only really answer about drum 'n' bass, and I wouldn’t say that everything is rosy in our genre. I’ve always loved Black music and I’ve been in a scene working with Black and non-Black friends for almost 30 years. Back when we started we were all in this new thing together, everyone’s crew was trying to help each other come through – and that’s something that we still do and will always do.

You didn't release an LP for 12 years and now two have arrived in consecutive years. You must be enjoying yourself in the studio right now?

I have always found the idea of writing an artist album daunting. I made an album called 'Slowmotion' in the mid 90s and it just felt organic as a body of work. Maybe because at the time the scene felt more experimental and open to the narrative. As the scene progressed between 2000 and now the music has been more dancefloor orientated and for me it has just not lent itself towards an album project. I've wanted to make music I can play out and that gets a reaction and sometimes the more melancholic side of the sound gets left behind. I wanted to go back to my roots as I felt a bit uninspired in the studio and kinda re-discovered an early love. Suddenly I was making music without rules again and the creativity seemed to flow. I love making music that takes the listener on a journey, it's more music to study to or go on a long drive with and not designed for a DJ or a dancefloor. I still love pretty much all sides of d'n'b and at the moment and I think its naturally becoming more soulful and groovy again, and there is suddenly a heap of quality artist albums lined up for next year.

Tell us about your In Session mix – how did you put it together?

I wanted to play some of the tracks that influenced me in the 90s alongside a few recent bits that are made in the same style. I have tried to cover all sides of the sound and have included a few rare scratchy dubplates that have never been released. Hope you enjoy.