Spinall is a master in capturing the moment. Through his sound, the Nigerian-born producer can meticulously mimic the energy that surrounds him, feeding into his own jubilant drive. “Sometimes a song at a certain time is all you need to keep the evil and darkness away,” Spinall says on how music has shaped his life. It’s the kind of spirit needed to pull off the feel-good tunes now running steadily from the afrobeat DJ’s colourful discography.

Since his early contribution to the music scene in 2014 where Spinall began producing his quintessential sound now recognised globally, he has risen to the apex of it all with chart-toppers ‘Nowo’, ‘Dis Love’ and a healthy plethora of critically acclaimed tunes now lining his Spotify. Quickly becoming a linchpin of the afrobeat territory, Spinall now basks in the limelight backed by a cross-continental fanbase.

“I have so many drum patterns and ideas in my head, but it’s harder than wishful thinking so I’d always run back to DJing,” he says, reminiscing back to the first time he created music. Just a few years down the line, Spinall has now released a 15-track record by the name ‘Grace’ with features from Wizkid and Kranium.

‘Grace’ implores you to get back to the dancefloor, drink in hand and sun on back. “It’s that vibe that happens in the room before a record is made, while in the process of creating it and then the feeling when we're done,” the producer says. It’s the same vibe that keeps Spinall rolling at the top. “This is the best album I’ve ever made.”

Check out our Q&A with Spinall below, and listen to his In Session mix.

You’ve said previously that growing up, “my dad would wake me up and start playing some Fela Kuti and King Sunny Ade records" - what was your experience with music as a child? Did your dad’s music taste inform the stuff you listened to?

Definitely, My parents have incredible taste in music. They listen to a wide range of stuff too from Simon & Garfunkel to King Sunny Ade. Dad also has so many vinyl records from acts such as Hot Chocolate, Fela Kuti, King Wasiu Ayinde Marshal, James Brown, Jackson 5, Kollington, Chief Ebenezer Obey, Bob Marley... the list goes on. That was my introduction to music.

You released your fifth album ‘Grace’ in December - how did the production of this album differ from your last four given the current climate?

Oh, in so so many ways. I created this during the pandemic, making these sounds through the lockdown. I mean, I made this album in 2020! I also proudly produced 85 per cent of the entire project - I’m a fan of collaboration and believe in being in the room, I believe in that energy, that chemistry. The lockdown didn’t stop the magic, in fact, I think it helped it. Listening through the whole tape again months after it has been digested, it didn’t feel like we weren’t in the same room while we were making it.

‘Grace’ has 15 tracks, which is quite a feat. What motivates you to keep making music? 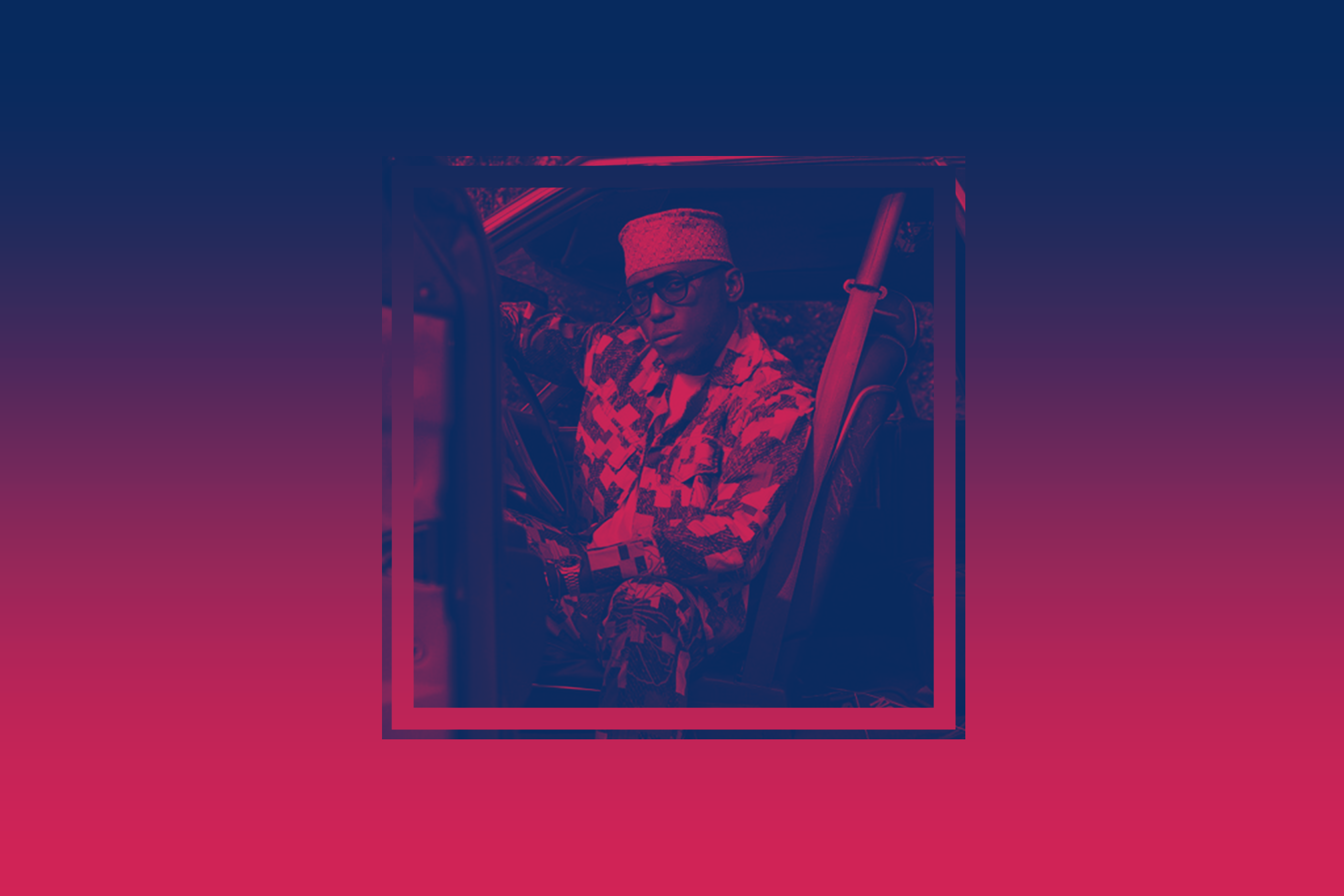 In 2019, you became the first Nigerian DJ to play Glastonbury - what was that experience like?

Unbelievable. I had never and have still never been to any festival of that magnitude before, it’s one festival that I want to perform at every year if I can. I was also fortunate to have the kind of audience I had, they were very open-minded and started rushing in from other stages when I played. That was one for the books!

The new visual for your track ‘Sere’ was also filmed in Lagos where you grew up. Do you see a crossover between UK and Nigerian music?

Music is a universal language, Nigerians love UK music too but they love their own more now than ever. I know whatever sounds amazing to the ears sounds great regardless of the location or the origin. That’s the kind of music I make, universal, original stuff.

How does Nigerian heritage influence your sound?

It’s in the things I grew up listening to, the sounds that I hear now as an adult, my culture. Everyday life and people too, it all shapes the sound. Afrobeat is not a sound you can just create without an identify or without Nigerian history. It’s an original sound, very peculiar.

Five albums down and over a decade working in the music industry from radio broadcasting to becoming one of the most recognised disc jockeys about - how do you think your sound has changed over the years?

I don’t put a lot of thought into trying to change my sound but I know what sounds right, and it’s usually not forced. I’m definitely very intentional about every single detail of the music, though. I know what I’m hearing and I can turn up the heat from there. I’m very particular about the sound, lyrics, the melody, even down to visuals and creativity and art and so on - I’m always present. 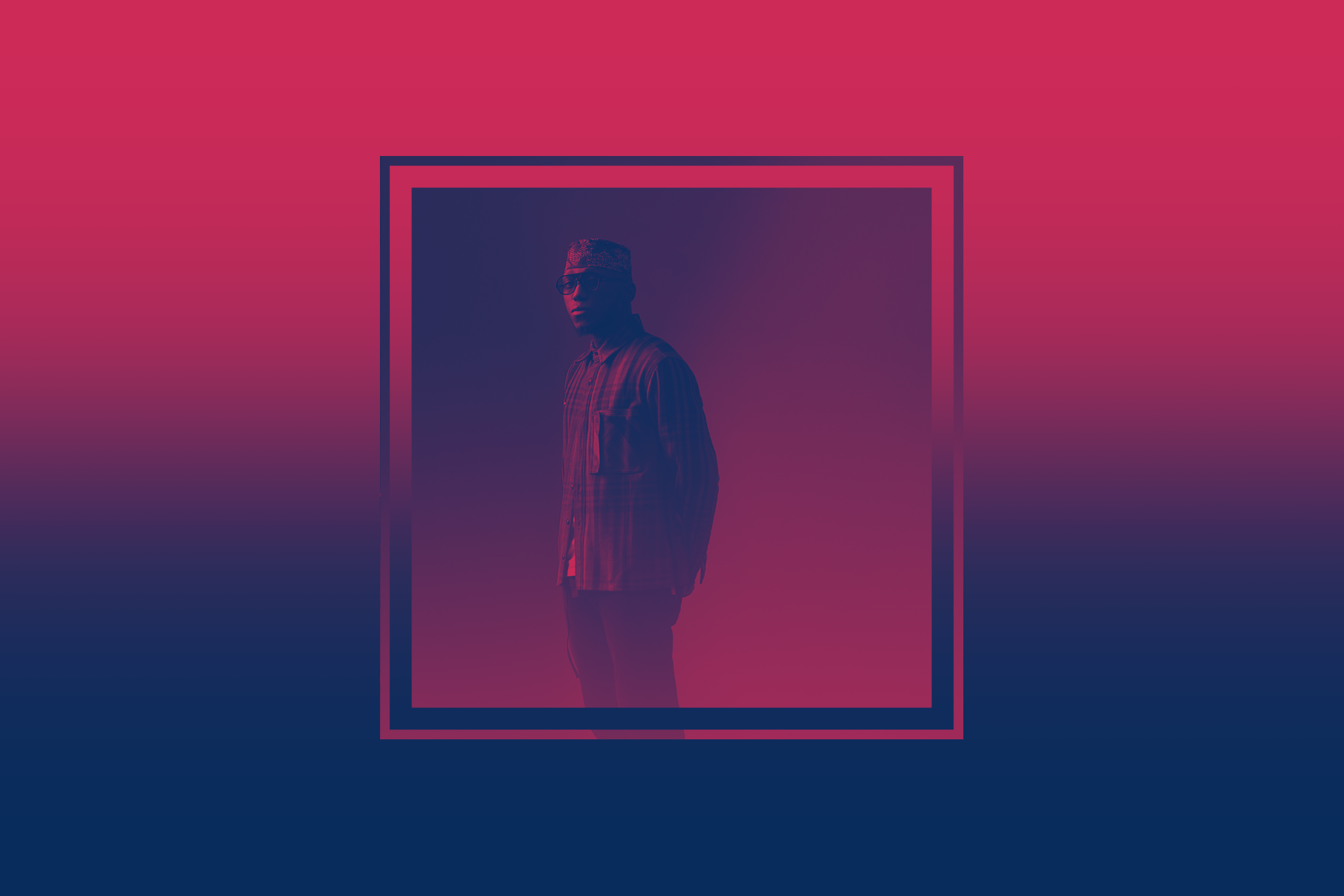 What inspires you now?

Results. I care about results because I know the amount of work I put in behind the scenes, each project I put out inspires the next and the next. So, results teach me and I learn from them in many ways.

In the past, you’ve collaborated with some huge names like Burna Boy, Tiwa Savage and Wizkid. Who’s next on your list?

I actually don’t know, and that’s the beauty of what I do. I love to work with like-minds. I’d love to create magic with those legends again because we’ve built something in the past, and it can only get better. I’m not also just working with the biggest stars, I work with all kinds of stars. My albums can explain this better if you start from 'My Story' in 2015 all the way down to ‘Grace' in 2020, they speak volumes for themselves.

Your In Session mix is a super summery palette of afrobeats and dancehall, how did you choose the tracks?

Those are the songs I’m currently feeling, I hope listeners will agree with me that the records I’ve selected are all so powerful.

Can you tell us a little bit about your In Session mix?

I tried not to do a lot of scratching. There are also a lot of exclusives in there, a few dubs here and there, some insane 'never played anyway else’ remixes, and essentially I was just in the zone. Just spinning like DJ Spinall!

What’s next for Spinall?

Just a few days ago we released the ‘Sere' remix with 6lack, and that has everyone going nuts at the moment. It’s one of the most played songs in Nigeria right now and is being streamed like crazy across the world. 6lack is extremely talented and he has an amazing team as well, we have a lot of insane projects on the way. There’s music stuff and also non-music stuff. Some super gig stuff generally! Stay tuned.

Spinall’s new album ‘Grace’ is out now. Get it here