A legendary elder of the UK scene meets a young innovator for this In Session.

The mix, a live recording of Andrew Ashong on the ones and twos and Kaidi Tatham jamming on keys and flute alongside, is a snapshot of a unique mix as well as a document of the night that the two musicians, who are now making music together, first met.

This one will transport you to The Menagerie Bar in Belfast one vibey night in 2015. A former paint store, the session takes place against the backdrop of the venue's shabby but beloved furniture and in the midst of its intimate 120-cap dancefloor that's powered by a formidable soundsystem. Ashong draws deep into his record collection while Tatham keeps the topping up the magic like the wizard that he is.

Read this next: Logic1000's 'Medium' is made for the taxi ride to the club

Tatham is of course the long-serving producer involved in a slew of projects and aliases including Bugz In The Attic and has had an undeniable impact on UK music. Ashong has garnered a devout following with a sprinkling of releases and a reputation as a highly knowledgable DJ with collabs with Theo Parrish and Tony Allen to his name. A mutual respect was already in play before the two met and they bonded so much over the course of that night that they went on to create an EP together, 'Sankofa Season', which has just been released, some six years later, on the newly minted Kitto Records, which is run by the promoters of the party at The Menagerie.

'Sankofa Season' was featured in our Best Albums Of 2020 list and sees Tatham and Ashong combine to create pure warmth that touches on but isn't limited to jazz, neo soul, broken beat and deep house. It's simply marvellous and this mix is the moment it all started. Enjoy.

You met at The Menagerie in Belfast several years ago. What do you remember about the night?

Kaidi - Andrew came in with a load of amazing records man, I was like who is this dude, he smashed up the place… It was an amazing night.

Andrew – Awww man, it was all love that night. Good times all round. I was so grateful to be there, knowing it was one of those really well loved, legendary local spots with a heart of gold. Sadly London isn’t really home to many independently spirited venues these days, so it’s always a goosebump moment when you’re at a real spot with human blood running through it.

The fact that big brother Tatham was gonna be freestyling with live instruments made it ten times more exciting. We had a ball. Kaidi was blessing the keys while I was pulling out as much vinyl inspiration as possible, so we were having a conversation through music, which is surprisingly uncommon for something so enjoyable. I guess percussion is the obvious thing to supplement a DJ set, but keys makes a whole lot of sense too! Particularly synths, and even more so when it’s a player who entirely understands the club environment. Wicked.

Your In Session mix is a recording from that night. What went down in the booth that night and did you decide to record it spontaneously?

Andrew - The promoter, Joe Doyle, wanted a snapshot of what went down that night, so he hooked it all up to record fairly last minute. Normally, I’m quite particular about recording, since I don’t record many DJ sets live or at home. I’m usually all about the moment, never really thinking about saving or collecting such things, but I’m glad he did it, regardless of the recording quality, it really is important to document such things. Even a smiling face on a fuzzy Polaroid memory. It’s nice to be able to revisit and share some things, and it also doesn't always have to be a surround sound reproduction of the entire frequency spectrum etc. Would you rather have 5mins of 32bit 96KHz or a whole 5hr session in slightly ropey mp3 with crackle, a few record skips and the occasional drop-out?

It was more of a stage than a booth I suppose. So we were kind of in performance mode, with bags of energy from the dancing crowd egging us on. Kaidi’s infectious laughter and excitement was hyping me up to play things he could play into and with. It’s an interesting challenge to specifically prioritise music that’s spacious enough to welcome additional live instrumentation without it all getting too crowded or chaotic. Not that many tunes give enough room for that, whilst still being exciting in their own right. It’s a fine balance, and particularly memorable when your party people are bewitched by a keyboard virtuoso with a flute in his spare hand.

Were you aware of one another beforehand?

Andrew - With all the soulful jazzy goodness out of London in the last couple of decades it would be hard to not follow Kaidi’s contributions to music. His musical fingerprint has left it’s trace on so many records I know and love. We have plenty of friends in common too, so I suppose it was always waiting to happen maybe. We’ve been moving in similar spaces for time, but somehow it took a young man from Belfast to actually make it happen.

Kaidi – We had never met, but I had heard a lot about him from people, yeah of course, that 'Flowers' track… That night at the Menagerie was the first time we met but it felt like I knew him already when he came in. 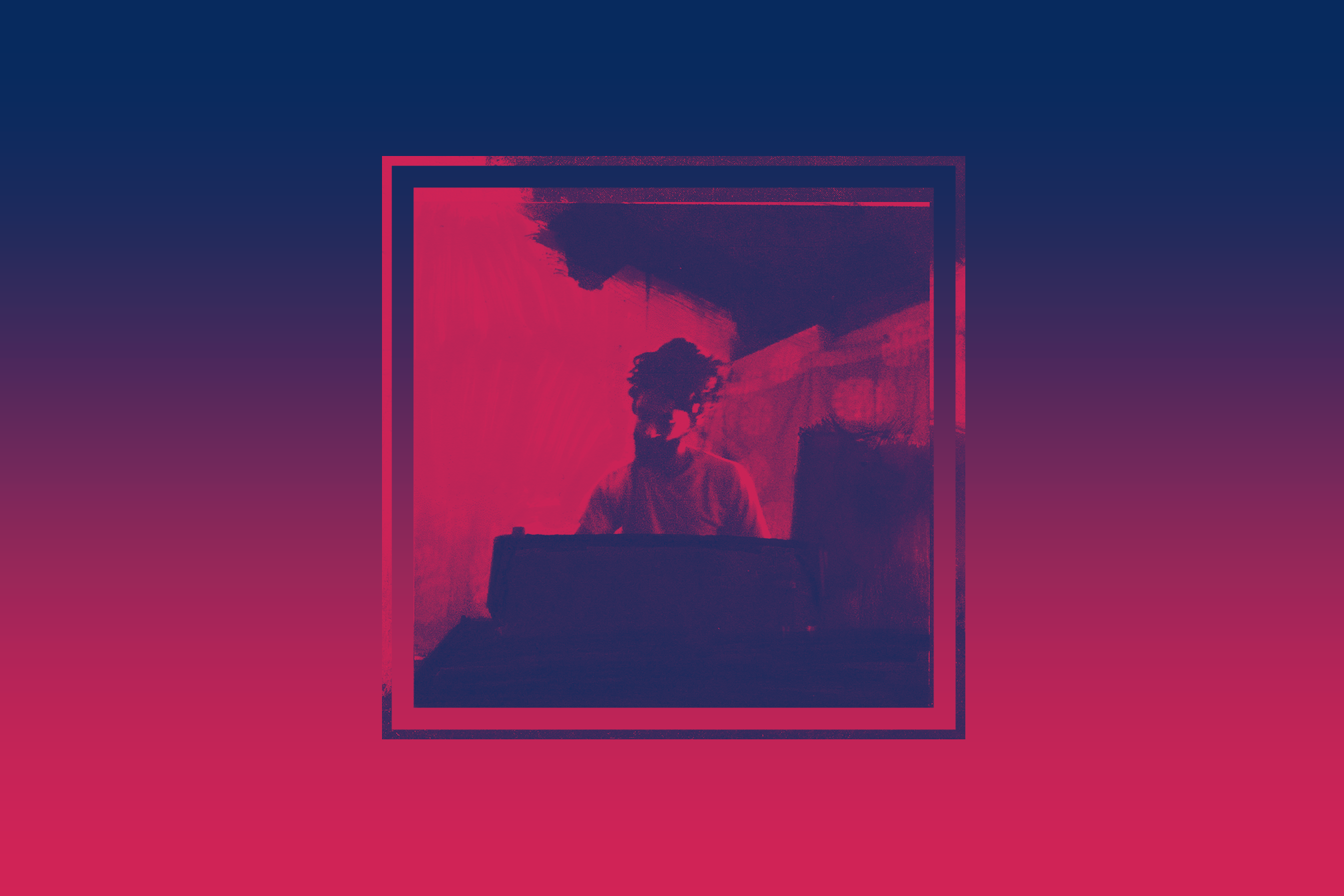 Tell us about your journey to working on music together?

Andrew - After the success of the Menagerie, Joe asked the two of us what we thought of doing a record together, which sounded like a nice idea. We stayed in touch, and while at uni in London, Joe and his pal Mark put together a series of club nights at Bussey Building which I played at. Over the years we chatted about it loosely a couple of times, without ever making any actual plans, but every now and then Joe would ask “how do I make this happen?”. Once he’d finished his studies and had a bit more time on his hands, he diligently followed up on his vision by doing the groundwork to set things up. So Kaidi and I were ready to rock, but it still took us a little while to arrange some proper time in the studio to get the ideas flowing and the ball rolling, musically. Big respect to Joe for his patience and perseverance and for making the necessary arrangements.

What was the writing and recording process of the 'Sankofa Season' like?

Andrew - It all started at my spot, having fun with a few ideas in my basement studio, keys, drums, guitar, some vocal ideas. After we’d working into those initial foundations, Kaidi then he followed by sending some further ideas over, which I responded to with some additional vocals. He kept bringing fire, I stayed trying to keep up with the heat he was hitting me with. There were various stages of gradual development on some tunes, while other tracks took shape pretty fast. There are obvious benefits of being present and in the room, but there’s an interesting pace that comes from distant contemplation too. I think we’re both pretty immediate people, so when the inspiration come it’s a matter of rapture and capture. Writing is recording and recording is writing, most of the time… It’s all happening right there on the record, in motion, track rolling.

Kaidi - It was easy going, a good vibe. I just knew exactly what to do with Andrew man, straight away. He has a good set up at his place too, everything you need with no stress or drama.

What did you learn from one another in the studio?

Andrew - The communion of long lost brothers in music.

Kaidi - We've still got a lot more to learn from each other, I know that. 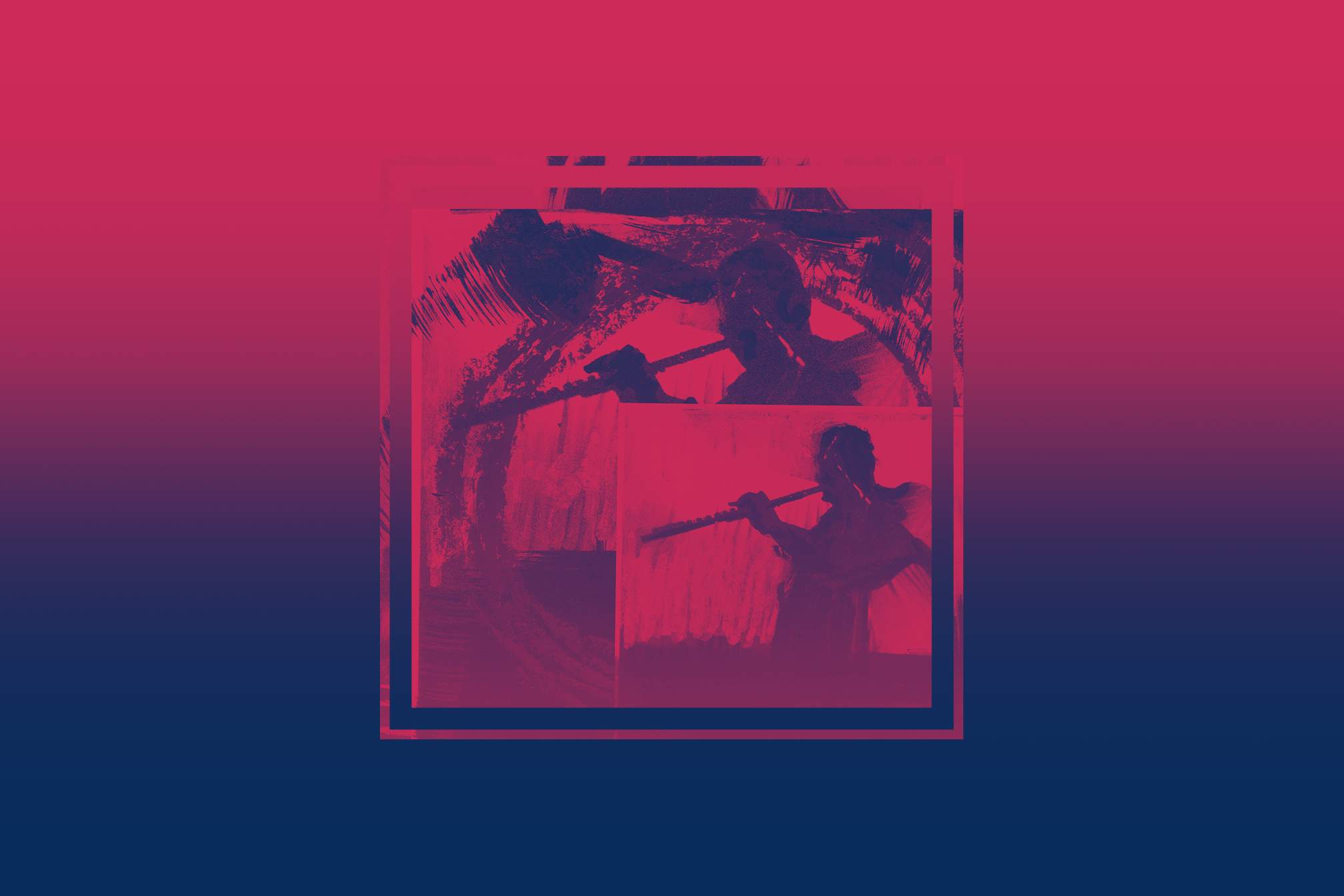 You've got more music coming too?

Kaidi – This is just the start, people ain’t ready

The EP is out on new label Kitto Records - tell us about the imprint?

Andrew - It was born from Joe’s own imagination about this particular project, so all along it's been motivated by a love for music and steered by spirit. I’ve seen it’s inception, from that night of fun and games at the Menagerie, to the music getting a wonderfully warm reception and the vinyl selling out straight out the gate. It’s inspiring to see that dedication bear fruit, knowing that you’re all on the same page and working together with harmonious intentions.

Joe’s original party partner Mark Greig is responsible for the incredible artwork and visual identity, which was developed and crafted by hand with great depth and consideration. Mark, Joe and our mutual friend Andrew Mensah run the label together as an artist-friendly type of operation, with good heart and good will. I think they’ve done a great job so far, bringing everything together for this maiden voyage, in spite of the various complications and challenges of 2020. I understand there are further releases pencilled in, but I’m sure there won’t be any impatience or rushing from the Kitto collective. Anything that starts life as a passion project will always take it’s own sweet time for all the right reasons. I really believe in this lot, and their patient consideration… Their ears are hungry and their minds are open. I know whatever comes next will be worth the wait!